A FEW DUCKS TODAY AND A POEM

Most of us like the comical nature of ducks. These are a few photos in my collection that I thought I would reshare today. 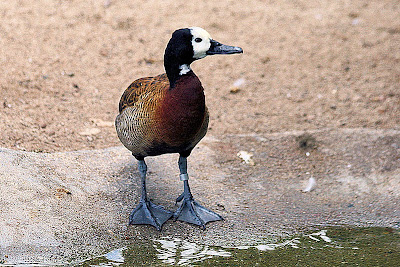 Red-billed Pintail
Their range is S and E Africa, Madagascar 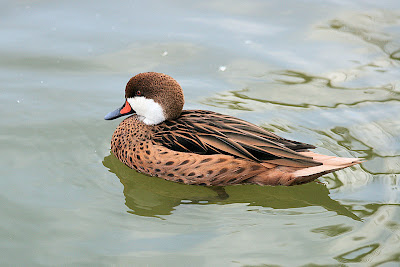 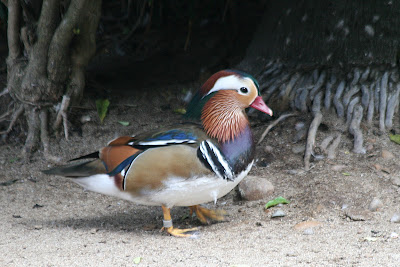 Marbled Teal
Their range is S Spain to NW India 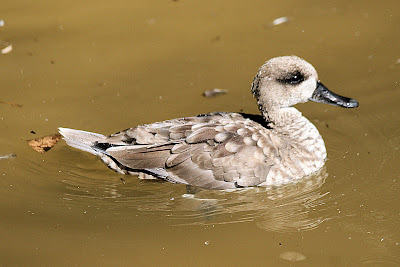 Mallard Duck
Their range is Alaska and Quebec south to southern California, Virginia, Texas and northern Mexico. He spends his winters throughout the US and south to Central America and the West Indies. 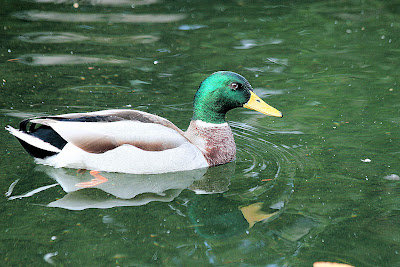 A poem by
F. W. Harvey
"Ducks"
From troubles of the world
I turn to ducks,
Beautiful, comical things
Sleeping or curled
By water cool,
Or finding curious things
To eat in various mucks
Beneath the pool,
Tails uppermost, or waddling
Sailor-like on the shores
Of ponds, or paddling
Left! Right! - with fanlike feet
Which are for steady oars
When they (white galleys) float
Each bird a boat
Rippling at will the sweet
Wide waterway...
When night is fallen you creep
Upstairs, but drakes and dillies
Nest with pale water-stars.
Moonbeams and shadow bars,
And water-lilies:
Fearful too much to sleep
Since they've no locks
To click against the teeth
Of weasel and fox.
And warm beneath
Are eggs of cloudy green
Whence hungry rats and lean
Would stealthily suck
New life, but for the mien
The hold ferocious mien
Of the Mother Duck.

A few facts...
All types of ducks are part of the bird family Anatidae, which also includes swans and geese.  There are about 140 to 175 birds in the Anatidae family, depending on how different subspecies are classified, though not all of them are considered ducks.
There are species of ducks found worldwide on every continent except Antarctica.  Some duck species, such as the mallard, are found throughout the world, while others have very small, restricted ranges.
Most male ducks are silent and very few ducks actually "quack." Instead, their calls may include squeaks, grunts, graons, chirps, whistles, brays and growls. Females can also make a wide range of different noises, and they are usually more vocal than males.
All ducks have highly waterproof feathers as a result of an intricate feather structure and a waxy coating that is spread on each feather while preening. A duck's feathers are so waterproof that even when the duck dives underwater, its downy underlayer of feathers right next to the skin will stay completely dry. The uropygial gland at the base of the tail produces the waxy oil that coats feathers so well, and many other birds also have the same gland.

A duck's bill is specialized to help it forage in mud and to strain food from the water. A hard nail at the tip of the bill helps with foraging, and the lamellae, a comb-like structure on the sides of the bill, strains small insects and crustaceans from water.

Ducks are omnivorous and will eat grass, aquatic plants, insects, seeds, fruit, fish, crustaceans and other types of food.

Ducklings younger than 10 days tend to swim and walk as a group, always close to their mother, to avoid the attack of predators.

Most duck species are monogamous for a breeding season but they do not often mate for life. Instead, they will seek out new mates each year, choosing the healthiest, strongest, best mate who can help them pass on their genes to a new duckling generation.

Ducks are outgoing, social animals who feel most at ease when they're in a larger group of other ducks.

Ducks are birds. Ducks are also called ‘waterfowl’ because they are normally found in places where there is water like ponds, streams, and rivers.

Ducks can live up to 20 years, depending on the species and if well cared for.

The production of eggs is affected by daylight. When there is more daylight, the ducks will lay more eggs. To prevent this from happening, farmers use artificial lighting so that the ducks have about 17 hours of light a day to produce eggs efficiently.

The eggs will hatch within 28 days normally, except for the Muscovy duck which takes about 35 days to hatch. The mother duck will keep her brood of ducklings together to protect them from predators.

Ducks have been domesticated as pets and farm animals for more than 500 years, and all domestic ducks are descended from either the mallard or the Muscovy duck. Mallards, especially, are easy to crossbreed with other types of ducks, and mallards often hybridize with all types of ducks at local ponds.

Because of their familiarity and comic nature, ducks are often featured as fictional characters. The two most famous fictional ducks are Disney's Donald Duck, who premiered in 1934, and Warner Bros.' Daffy Duck, who premiered in 1937. Ducks have also been spokesbirds for companies or featured in advertising campaigns, and some ducks are even mascots for schools, businesses or sports teams. 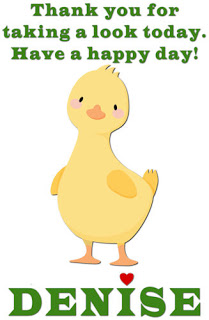