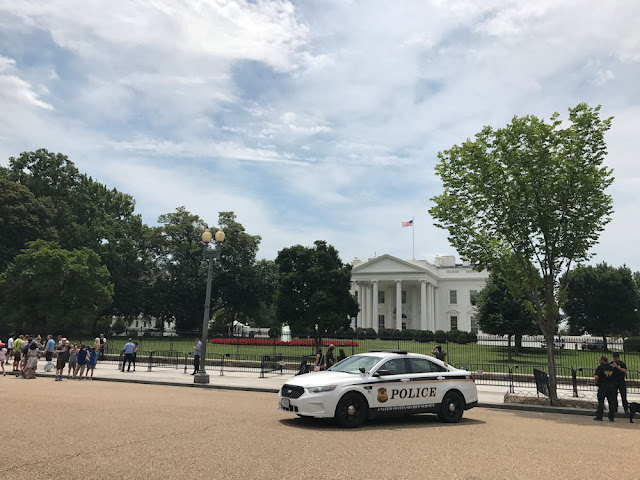 It has been another very hot day but a very enjoyable one.   Bill wanted to visit The White House, and we were there along with a multitude of tourists. 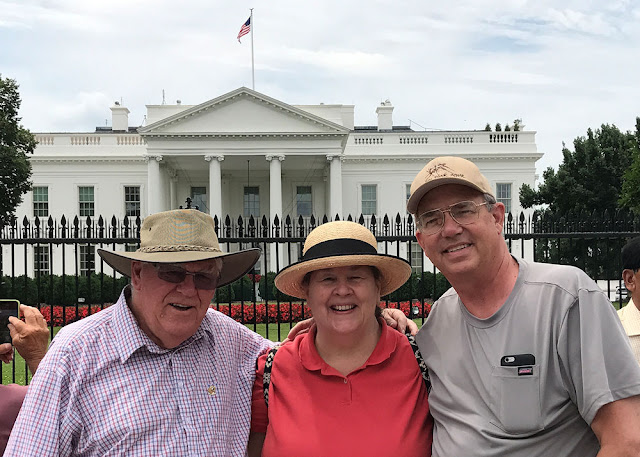 One of those tourists was kind enough to take the above photo, after we had taken one of him with his family.  Such nice people, from Italy.  They saved me from trying to take a photo with a selfie stick.  Good grief, I could not line that thing up for toffee - a) I forgot my glasses, b) I was dog tired, c) I couldn't see the screen.  I think I will grab an unsuspecting tourist from now on! 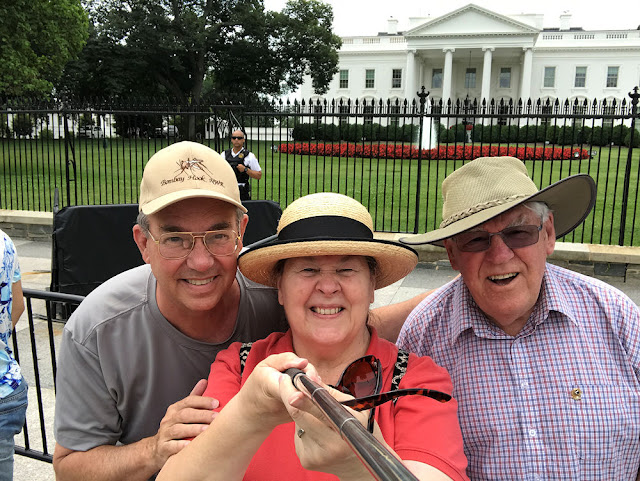 See what I mean?  You can commence laughing now.  Even one of the guards with that cute dog came up behind us to see what the heck I was trying to put together.  I don't think I was supposed to notice.  I notice everything but I should have known better.  Trying to attach the phone to the darn thing was a challenge in itself.  Then putting the timer on while not being able to see the screen because of the sun's glare made it impossible, and I was so darned hot!!!  I do not function well in heat.  I am not taking that blessed thing out with me again.  The other guard behind us was giving us a quizzical look, and then I actually saw him smile when I turned around, probably after seeing this delightful spectacle and me rolling my eyes up to the north star.  Thank you nice Italian tourist for coming to the rescue.  He was my hero. 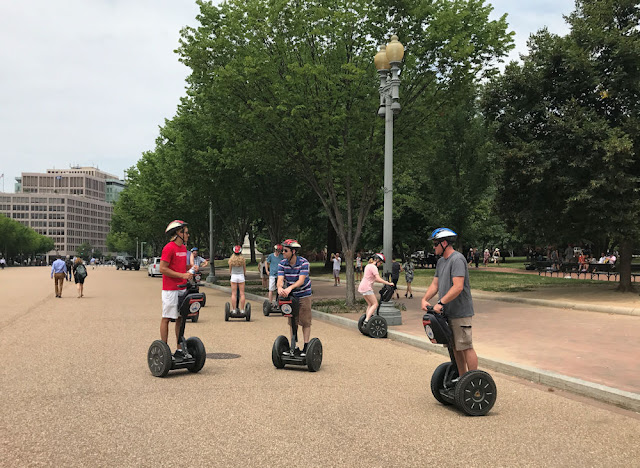 We could have done with one of these segways.  We see these tours all the time around the city.  If I didn't think I would run into a few walls or sail off a curb, OR run the battery down before I got back, I would join one.  The other day I saw a guy on a segway, pulling another one behind him.  I thought, yep, someone in the tour ran the battery down and he's taking this one to the rescue.  I had every sympathy for that person. 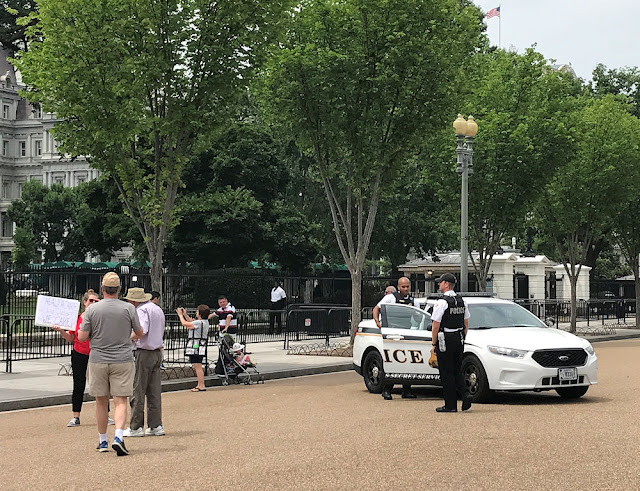 We lost Bill for a few minutes among the sea of faces, but we knew he was nearby.  We found him talking to a lady with a sign.  Gregg went over too. I just kept taking photos. 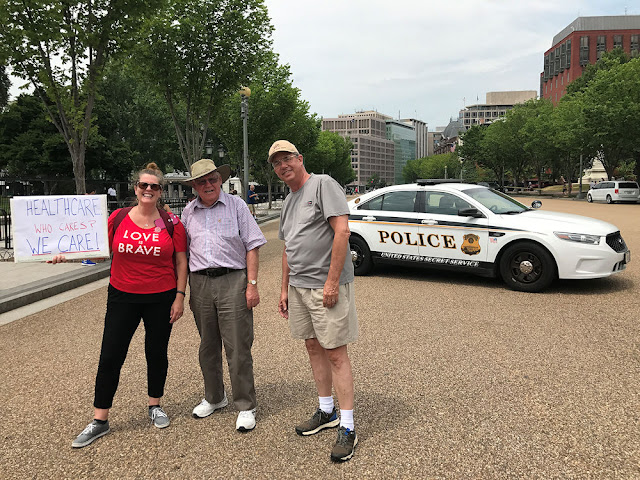 She was very nice and happy to have a photo taken with the guys. 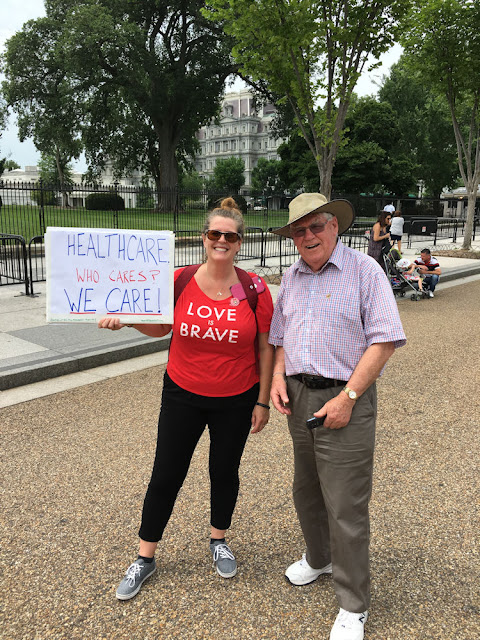 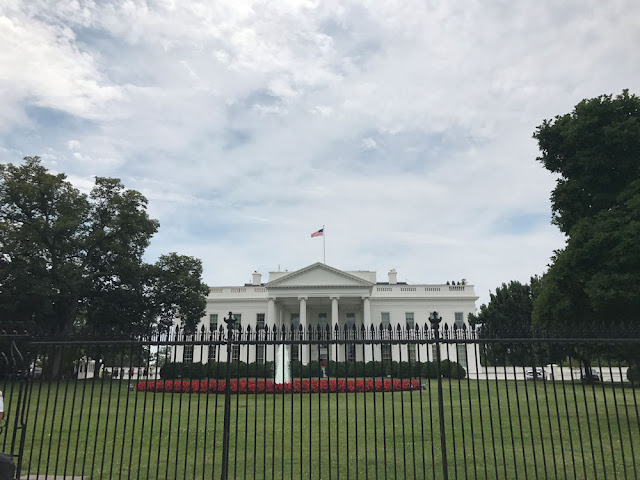 Lots of security around but they said it was okay to take photos.  I kept my selfie-stick tucked well away in my backpack! 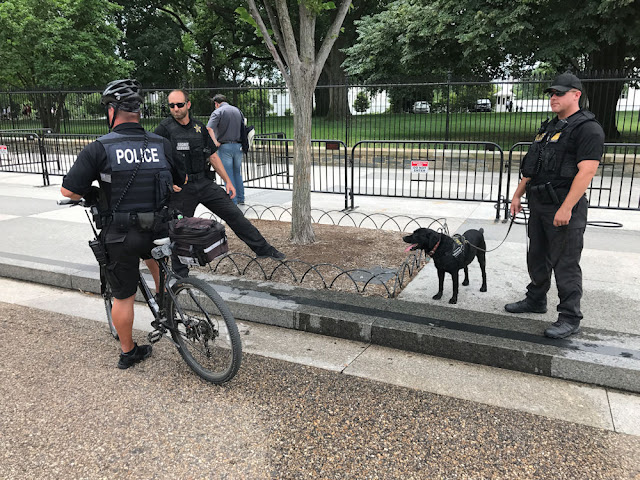 A very cute dog on patrol but I did not get too close, just cropped.  I think that sign on his back says do not pet.  Very understandable, he is a working dog after all. 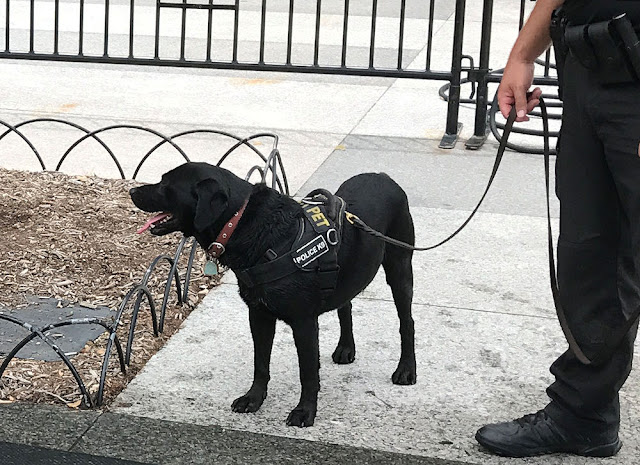 And how about this cutie? 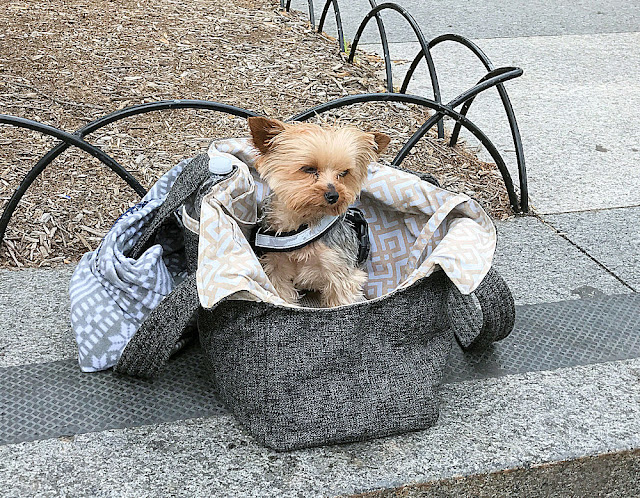 Now this was a dog riding in comfort. 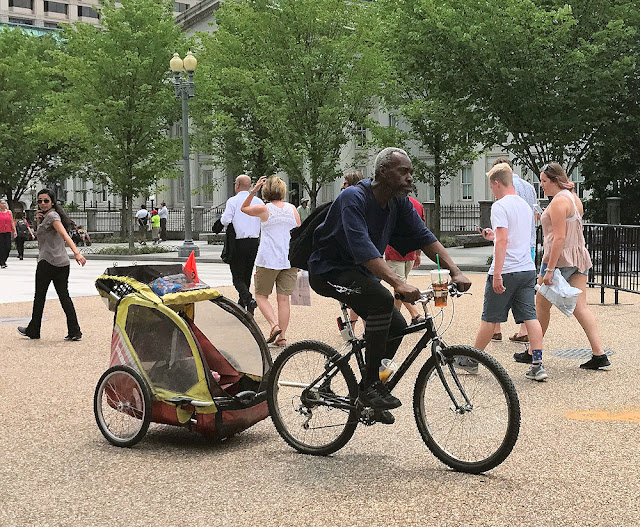 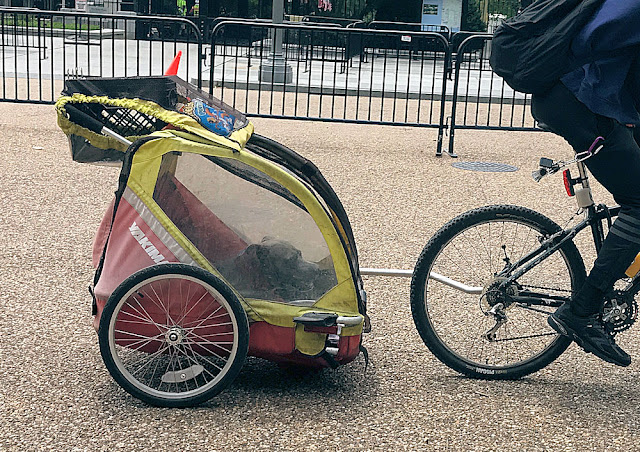 One last photo of Bill in front of The White House. 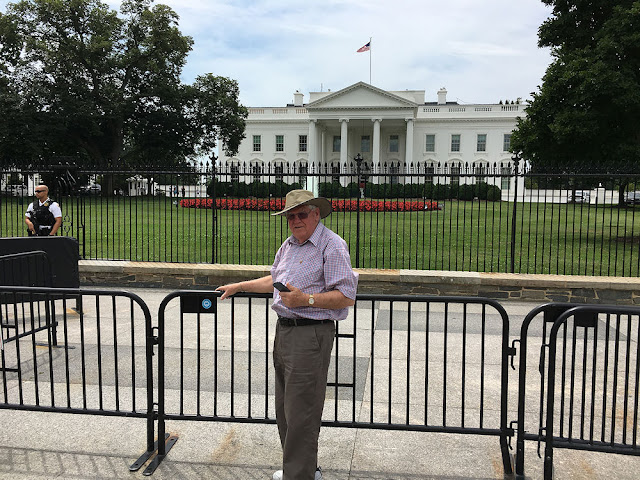 It is now half past midnight just about and I am off to bed.