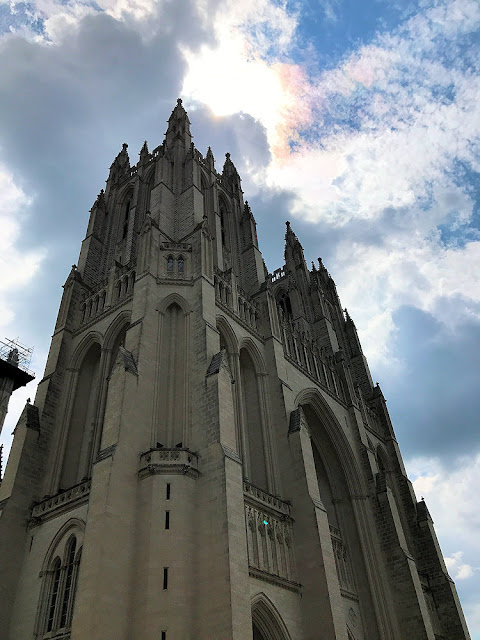 Our last day of sight-seeing with Bill, my fifth cousin, twice removed from New Zealand.  The time spent together has gone by all too quickly.  We asked him if he would like to see the Cathedral, as we had mentioned it several times before on our list of suggestions.  Today was the day. 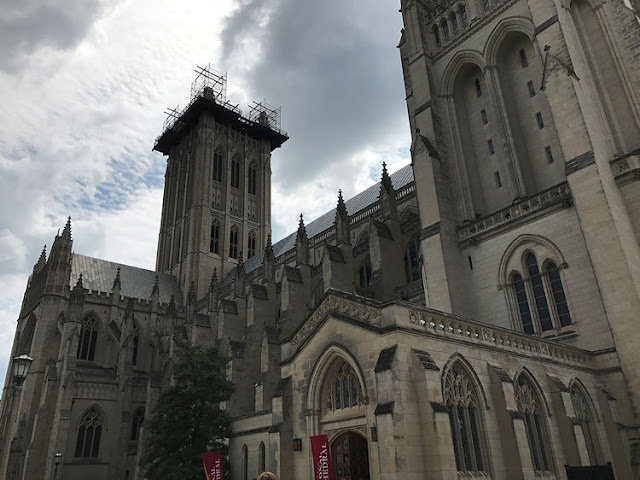 It is hard to get all in one frame.  You can see a a photographic slide show here.  There was still restorative work going on from the earthquake we had in our area back in August 2011.  More on that in another post. 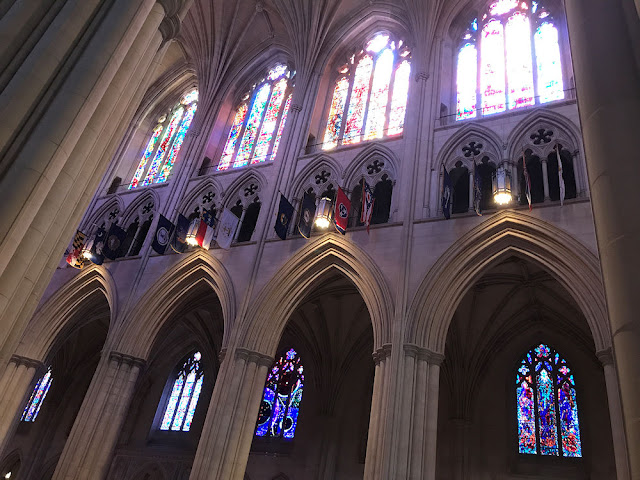 After talking to a very nice police officer at the entrance, I ventured on to look around the Cathedral, while Gregg and Bill chatted with him for a while.  You may just be able to make them out on the other side of the photo below.  The Washington National Cathedral has its own police force. 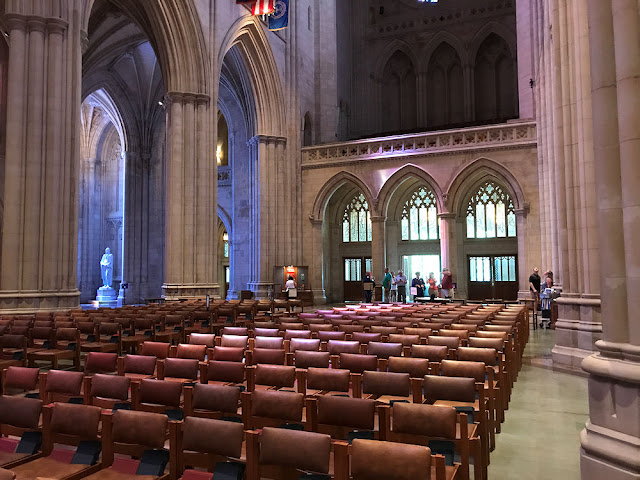 We were able to take photos until the service started at noon. 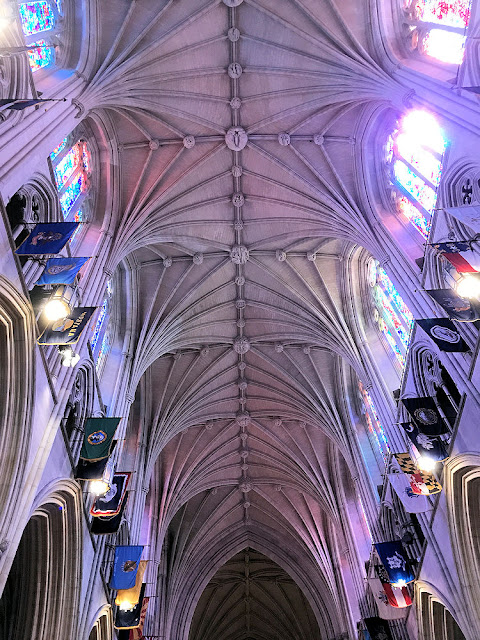 The photo below shows the Bethlehem Chapel of the Holy Nativity,  and has been open since 1912.  Beneath the altar is the Cathedral's foundation stone, which contains a piece of rock from a field near Bethlehem.  It was set on September 29th, 1907, in a ceremony attended by President Theodore Roosevelt.  You can read more at the above link if interested.

You can also see Bill taking a photo of the altar. 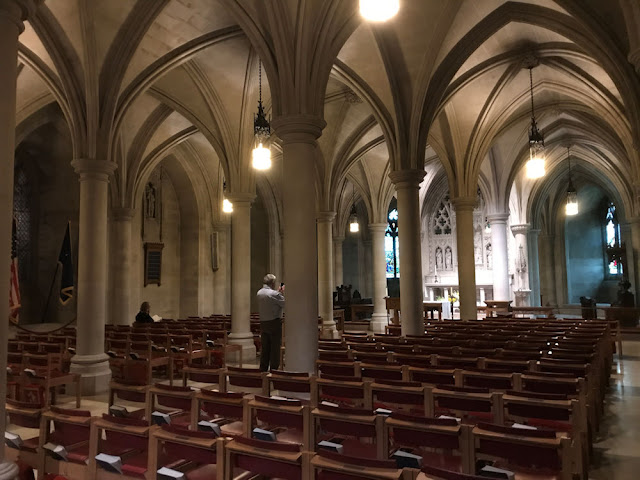 We exited the cathedral at another entrance. 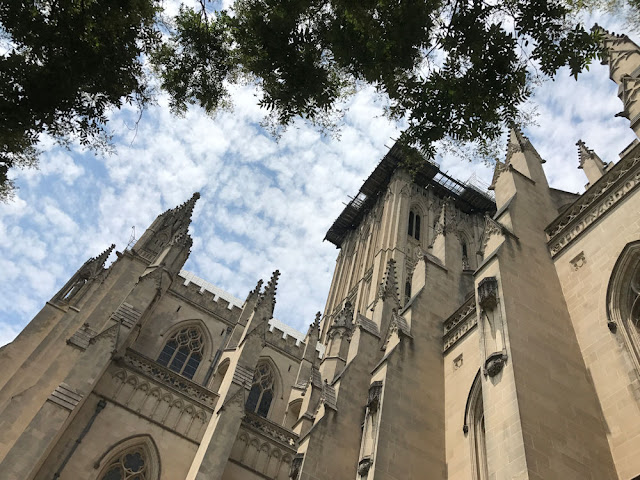 We took a walk around the Bishop's Garden and entered through this doorway. 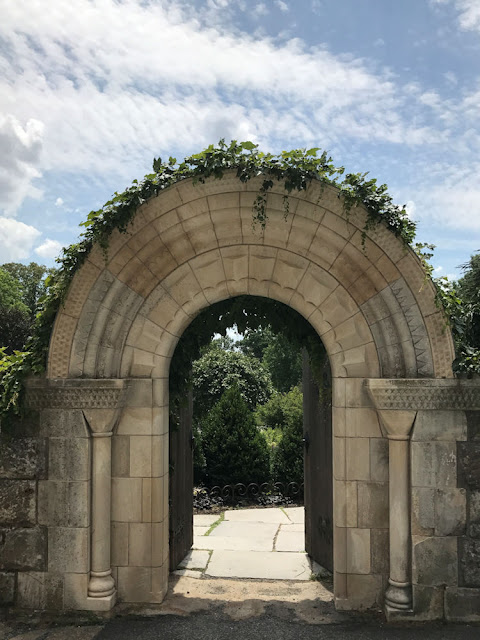 I remembered it being a very pretty garden.  It has been years since the last time we came here, at least since before that earthquake I mentioned. 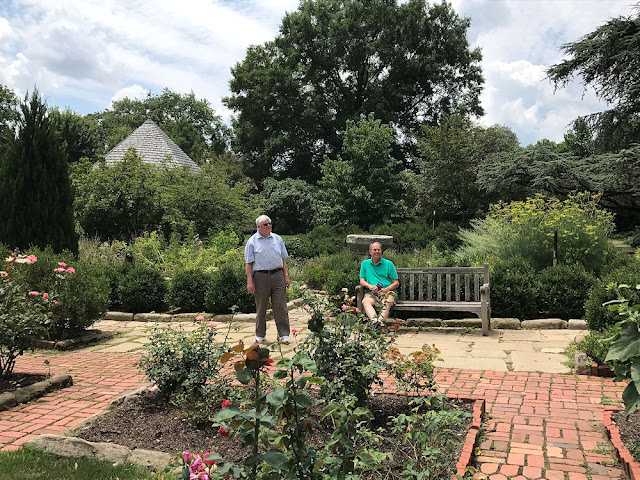 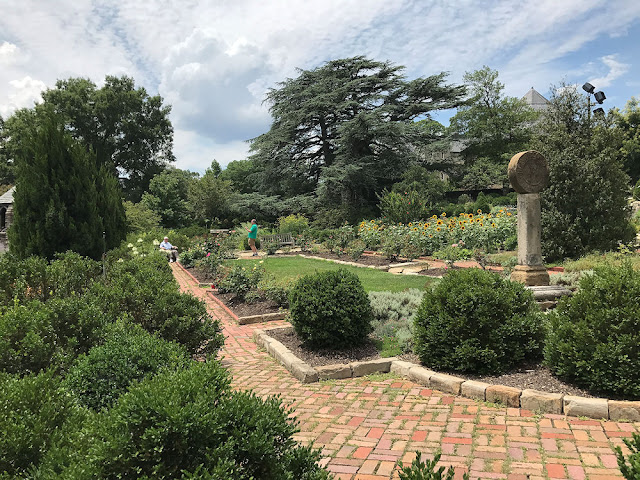 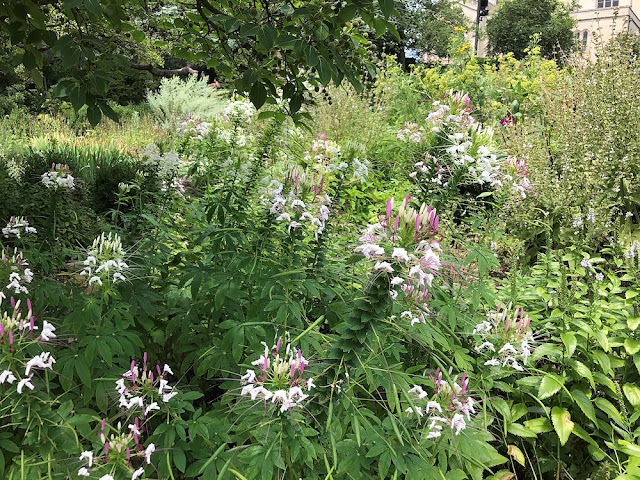 I will have more photos to show you soon.

Posted by DeniseinVA at 9:21 PM