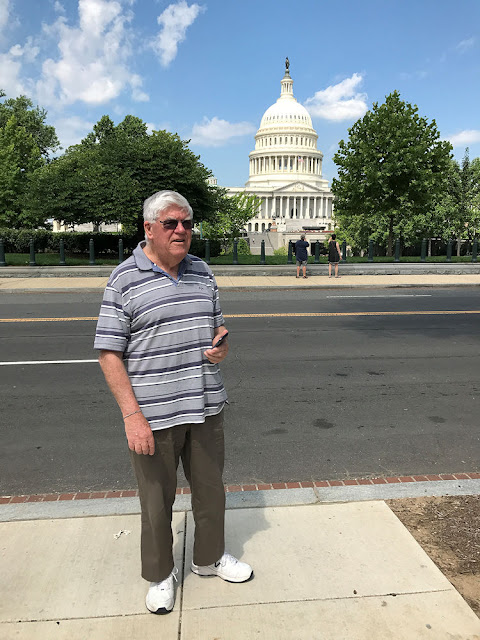 We haven't been to the Capitol Building since April last year, when my brother-in-law visited.  It was nice to head that way again with Bill.   There really is no parking close by - you have to be very lucky to find something on one of the side streets.  Gregg dropped us off just across the street from the Capitol Building, and he ended up having to go back to an underground parking lot we always use when in the city.  He eventually caught up with us inside the big hall, which contains all the statues of notable people from American history.

What on earth did we do before cell phones?  I was able to text him to say that we were sitting between Kamehameha I, the first King of all Hawaii and Sakakawea, a Lemhi Shoshone lady who was very important to the Lewis and Clark Expedition.  We also saw a statue of Helen Keller, and later learned that her remains are interred inside the Washington National Cathedral where we are hoping to go later on in the week.  (You can click on any of the the red lettering to learn more.)

Gregg turned up 30 minutes later.  In the meantime Bill and I enjoyed watching all the hustle and bustle going by.  The photo below was taken on the same level where we entered the building, and we found an elevator to take us down. 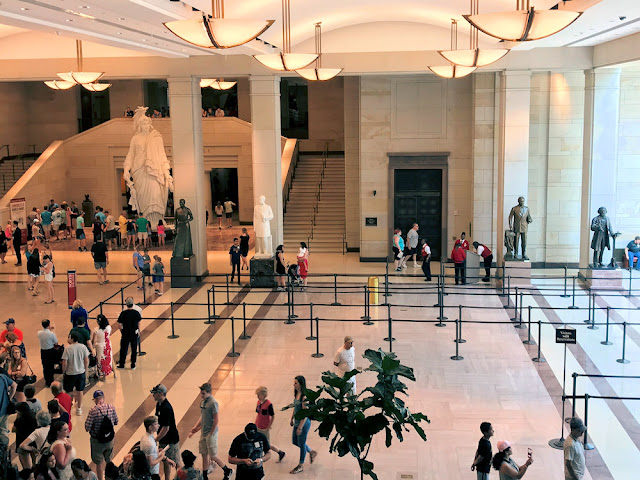 We had booked a time for a tour and joined a line.  They are very organized.  I suppose they have to be with the amount of people who come through here each day.  It wasn't long before we were entering a theatre to watch a short historical movie. 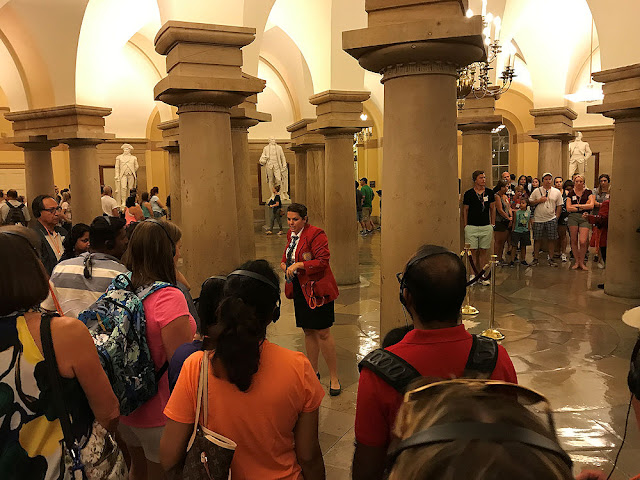 When the movie was finished we joined our guide who handed out headsets so that we could hear her throughout the tour. 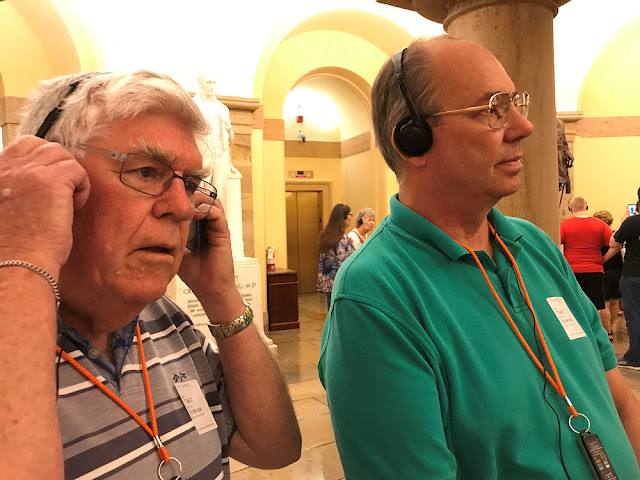 It wasn't long before we were inside the Rotunda.  Incredible!  The first photo of Bill with the Capitol Building behind him?  That dome is where we are now, looking up. 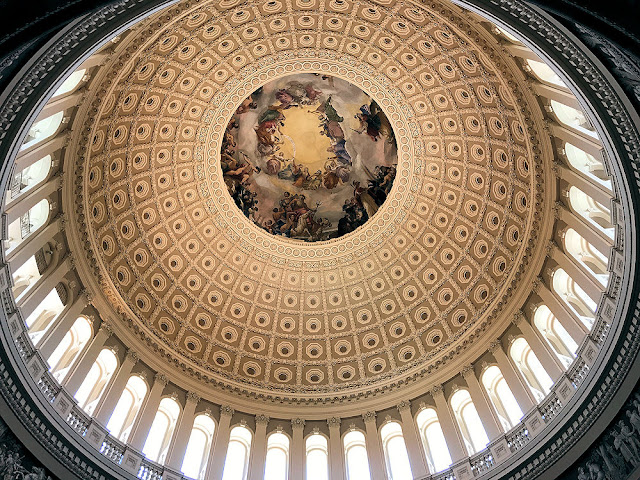 It truly is amazing.  I could not take in all the wealth of information we were told.  I am going to be researching the building as soon as I can, for a refresher course on its history.  In the meantime here are a few photos for you. 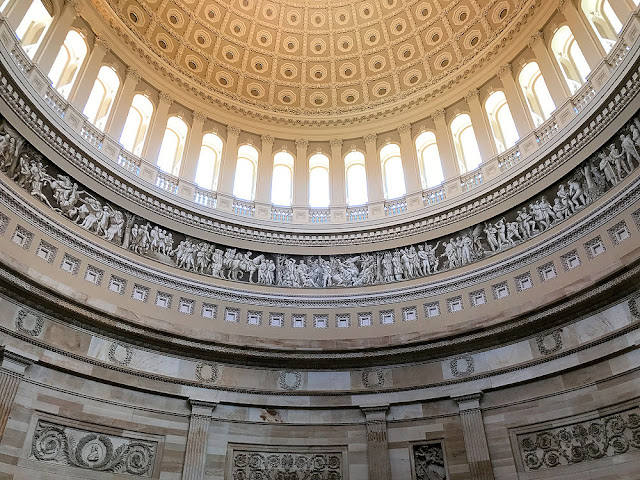 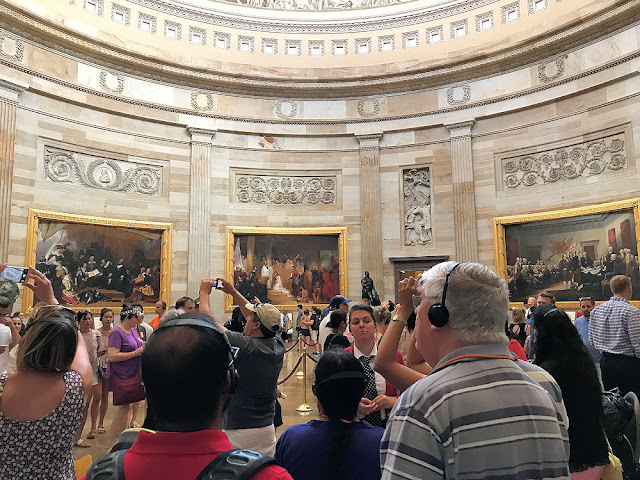 This statue in the photo below is of James A. Garfield, the 20th President of the United States. 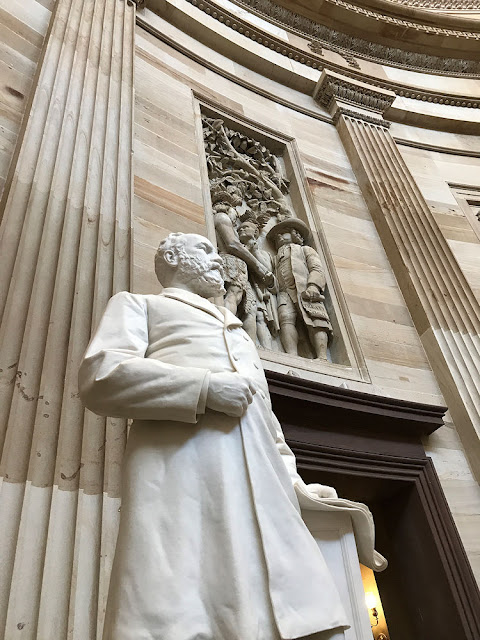 This is a painting of Pocohantas being baptised.  You can read about the painting here. 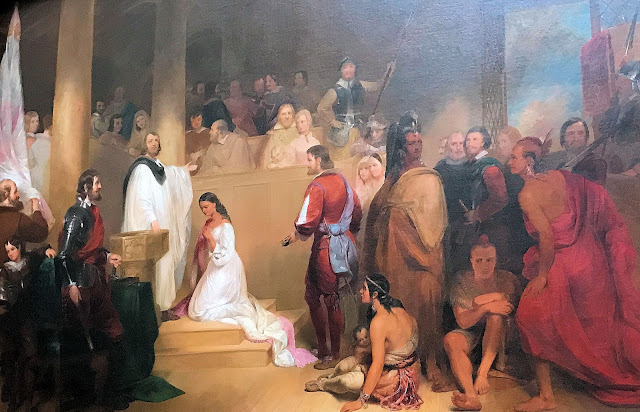 The artwork inside the Capitol is amazing.  This link will take you to an interesting site with lots of information. 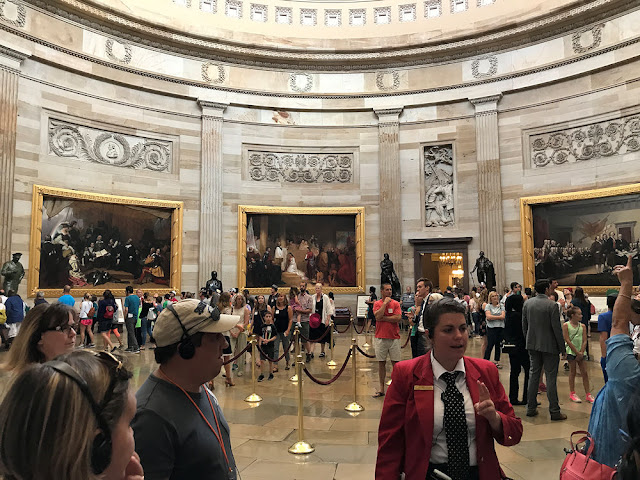 We walked through this doorway and down a corridor into another room. 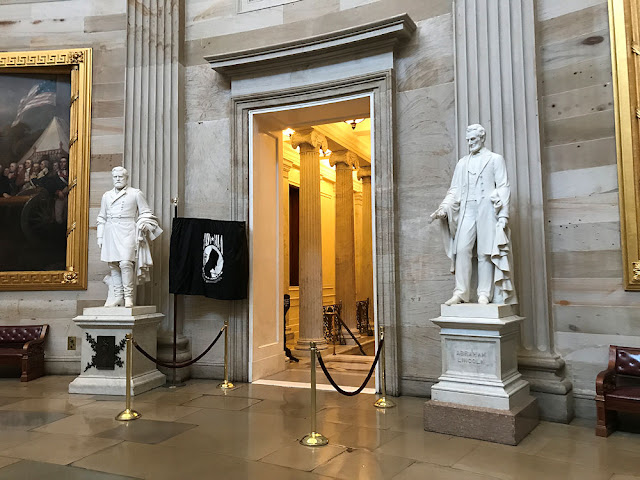 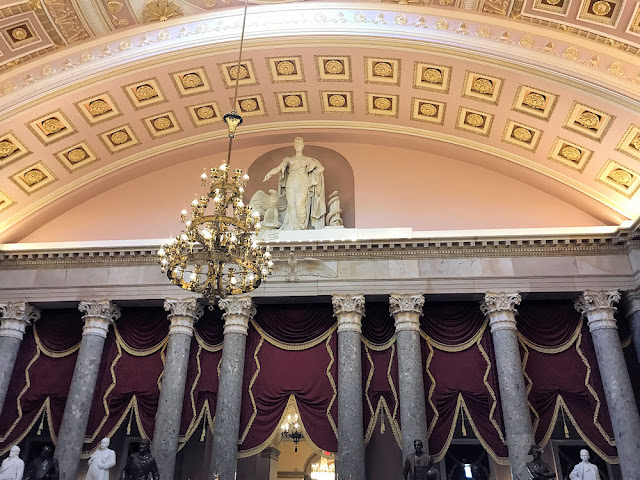 There will be more photos at another time.  The tour was over and we thought it would be a good idea to hail a taxi to take us back to where the car was parked. 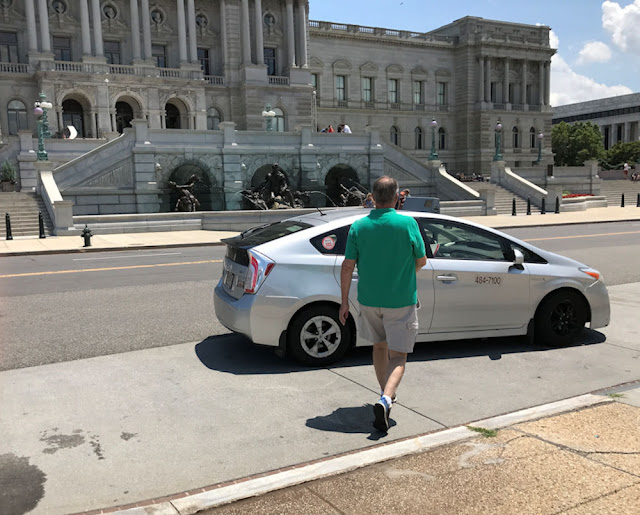 We went to Arlington National Cemetery next, where we were able to view The Tomb of the Unknown Soldier.   I read that the Tomb is guarded 24 hours a day, 365 days a year, in any weather, by Tomb Sentinels.  Sentinels, all volunteers, are considered to be the best of the elite 3rd U.S. Infantry Regiment (The Old Guard), headquartered at Fort Myer, Virginia.  They do their country proud.  It is always a very moving experience to be here, and I consider it a great honor. 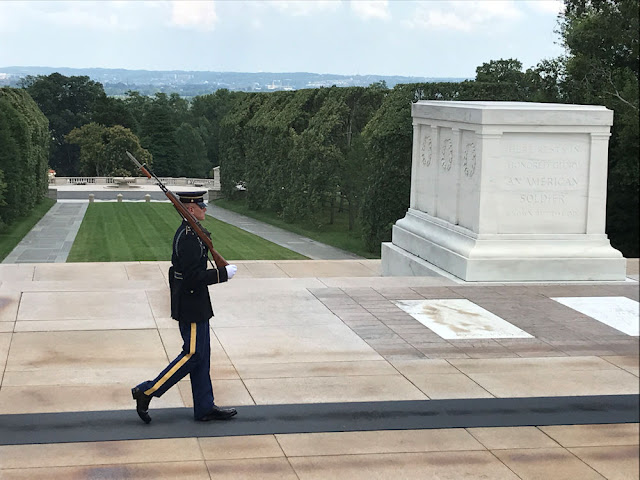 This view was taken at the end of the ceremoney, when we were on the road at the bottom, looking up towards the Tomb of the Unknown Soldier. 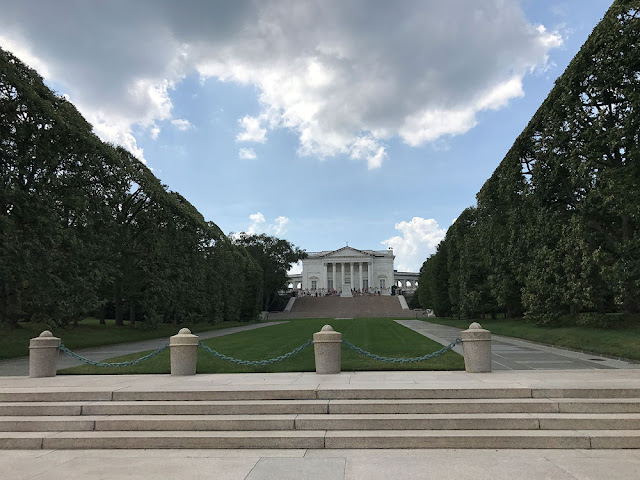