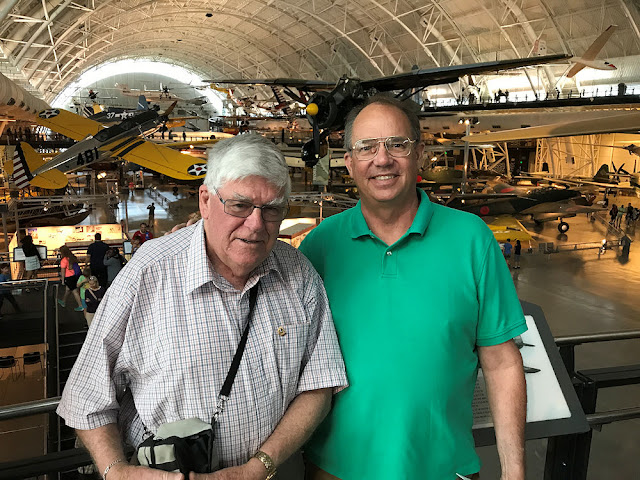 Today it rained a lot.  We thought about it for a while, and asked Bill if he would like to go to the air and space museum, about 20 minutes away from home.  He said yes and around 10.30 a.m. we headed out that way.  Gregg and I have been several times, sometimes on our own but always when we have company staying.  It is usually a big hit. 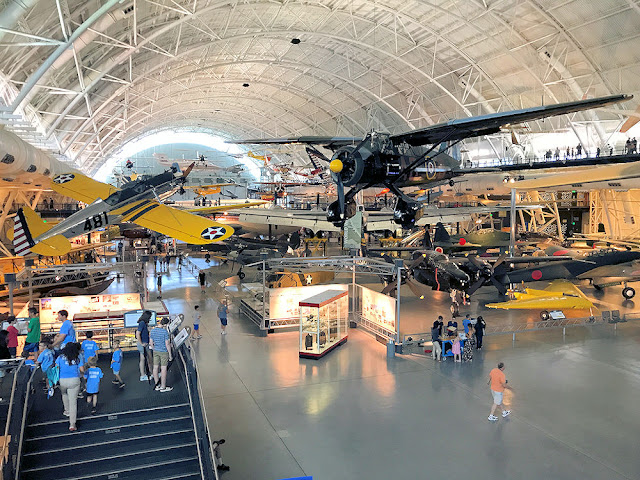 The place was hopping and for the first time in all the times we have been going there, we had to stand in a long line that reached far outside the entrance.  Fortunately it had stopped raining by then.  We really lucked out as earlier we might have gotten drenched.  I am happy to say the line went very quickly. 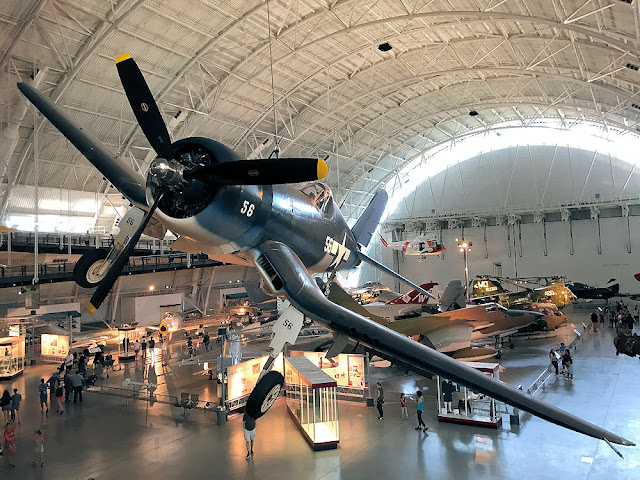 I remembered not to take a purse with me as I knew there would be a hold up waiting for it to be searched.  We almost had to wait as Bill had a small camera case, but a security guard on the other side shouted for us to go over.  He checked the camera case and was so good natured to both of us, I was really impressed.  Most of the people in line were 'younger folks' and I think the fellow was being very considerate of our age. 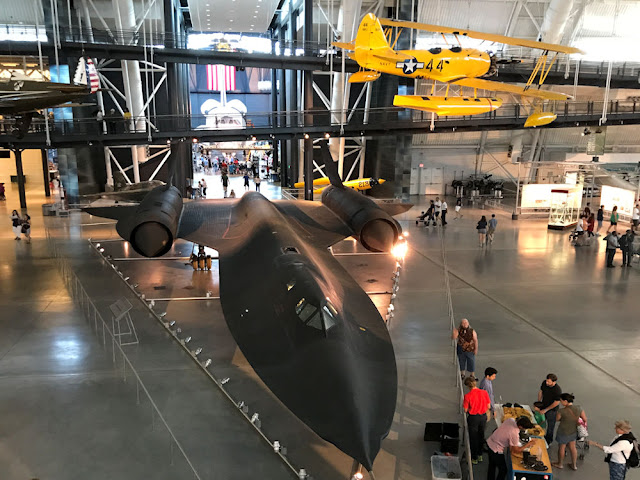 We bumped into him a few other times in other areas, and he always greeted us with a big smile.  He was outstandingly charming.  I wish I had thought to get his name as he would be the kind of person I would write to the management about, and congratulate them on hiring such a genuinely nice person on their detail. 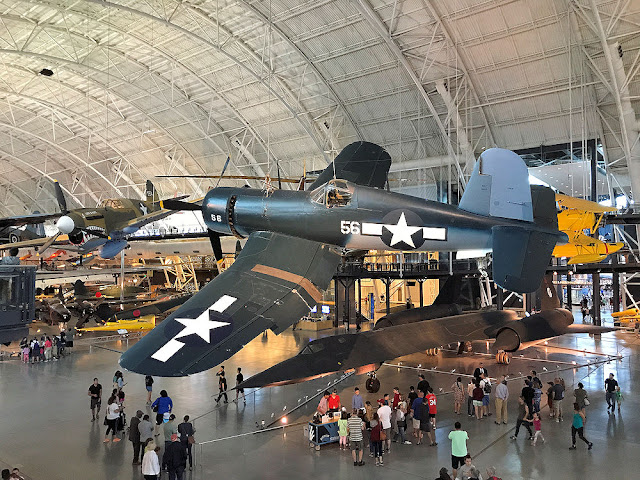 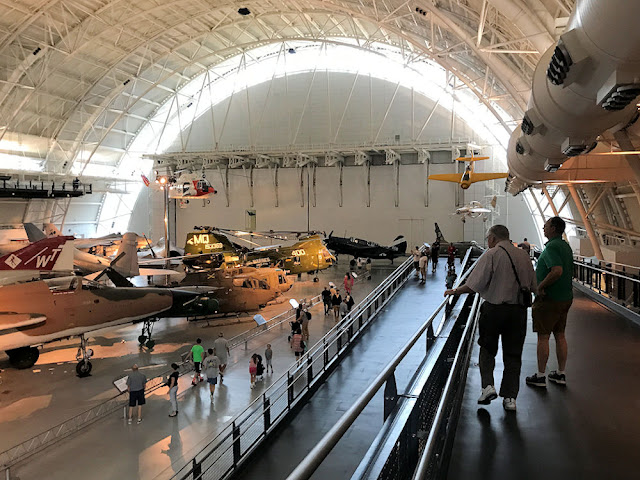 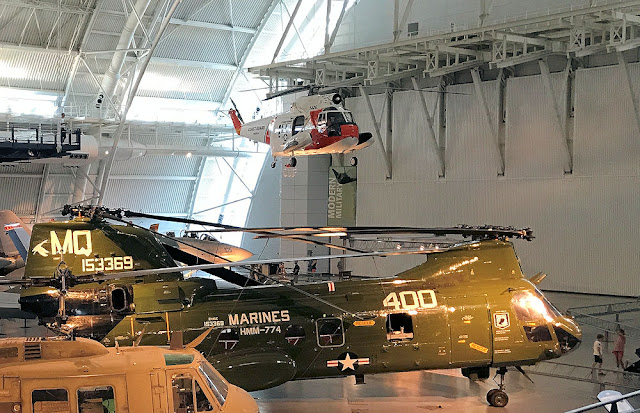 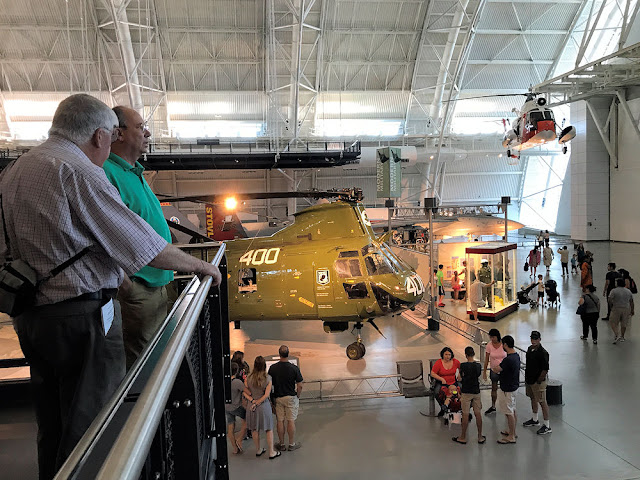 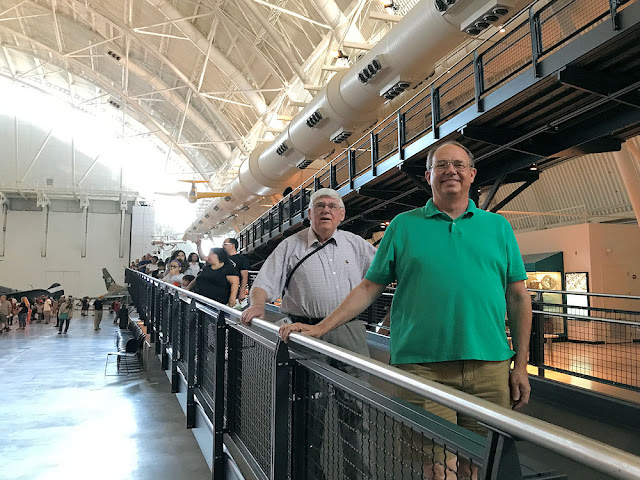 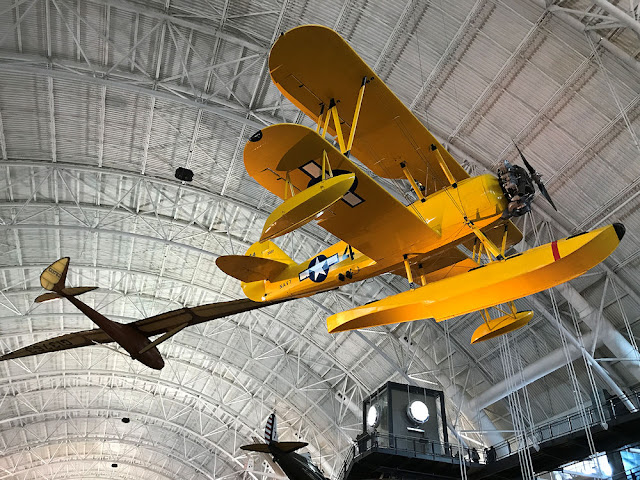 This is the section where the Space Shuttle Discovery is exhibited. 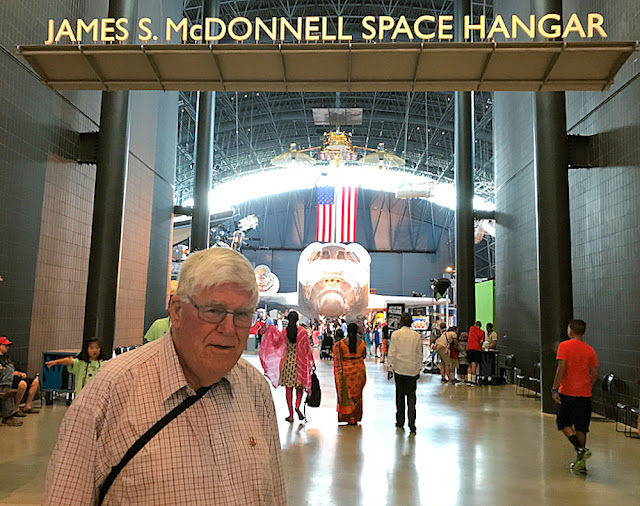 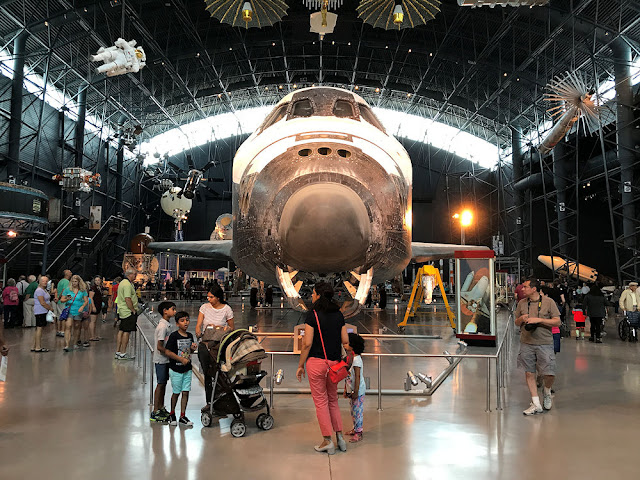 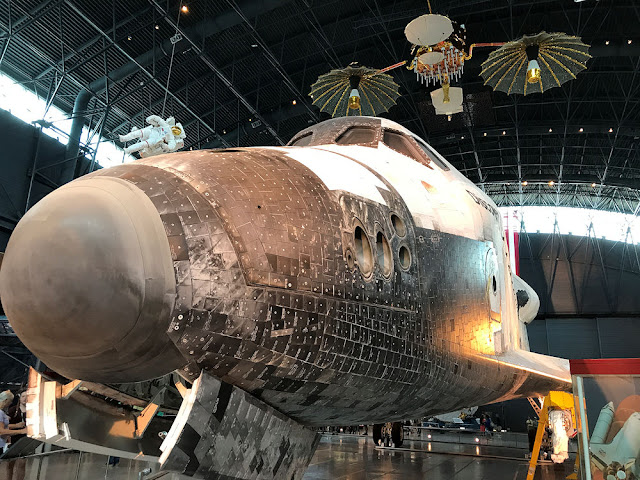 We took a whole lot of photos which I will share another time, but I wanted to get this post out tonight before I call it a day.