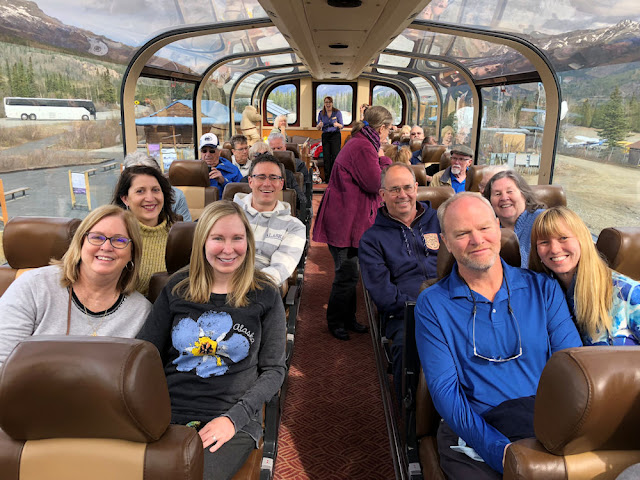 Monday, May 21st, 2018
Train Trip from Denali to Anchorage 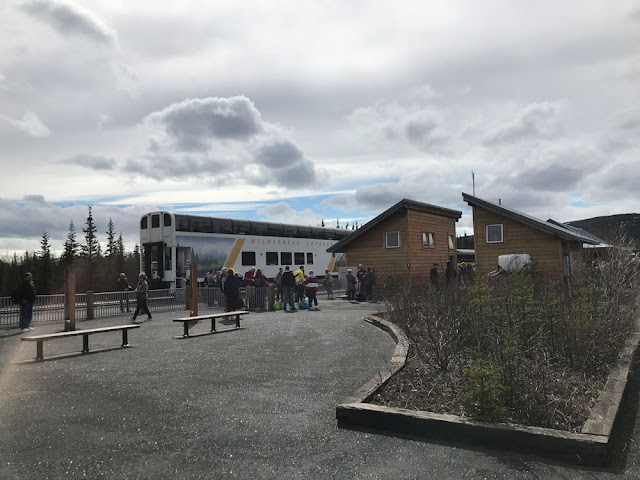 We got out of the hotel this morning and didn't have to board the bus until 11.00 a.m.  It was nice to have a relaxing start to the day. 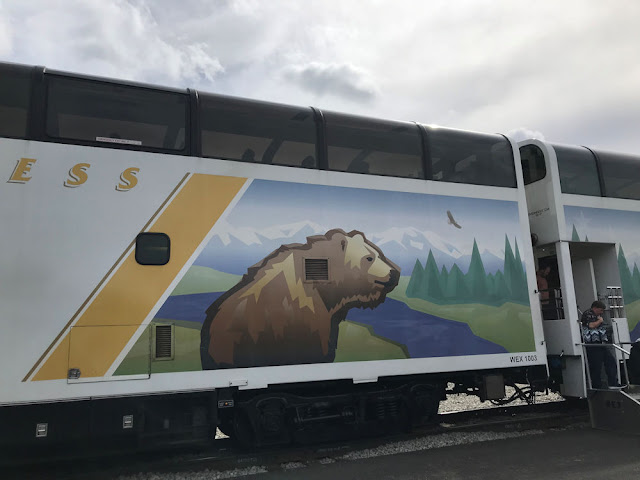 It was a short journey to catch the train. The seating area was on the top with huge glass windows all around us. 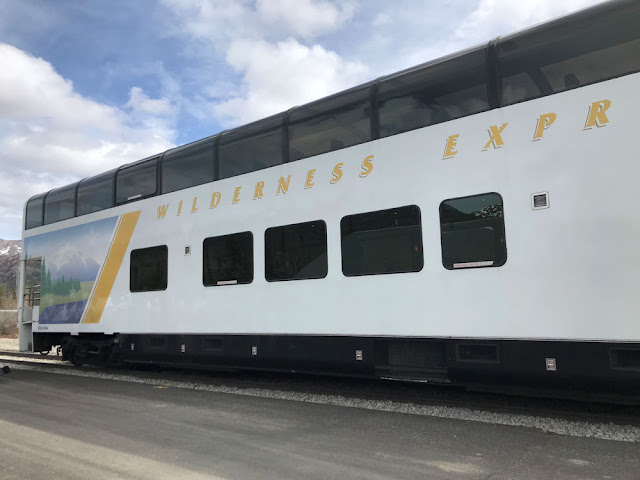 Below this deck was the dining car where we ate lunch and dinner.  This ride was a whole lot of fun. 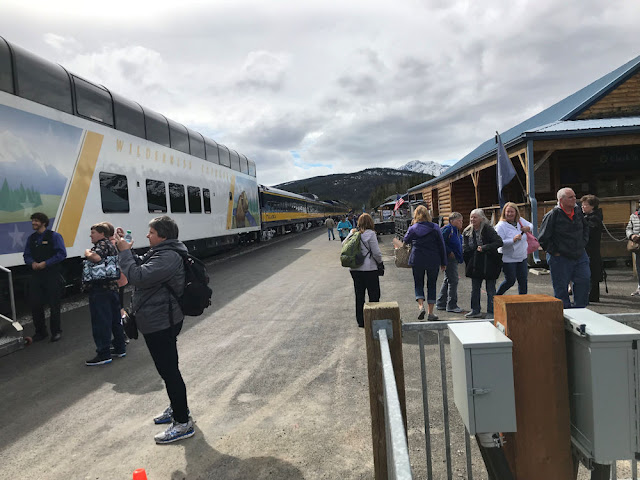 The view of the mountains was stunning.  We saw Denali.  It seems we are among the 15% of tourists who have actually seen it, as it is often shrouded in mist.  We were a few of the lucky ones we were told.  If that is the case then we have had so much luck on this journey, with the weather, the wildlife, many things. 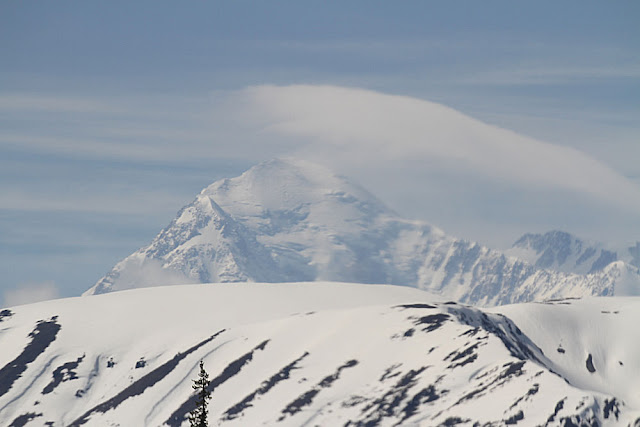 It was a great train ride and we passed many out-of-the-way homes whose only way of getting out of their area was a particular train they would flag down.  If the driver saw anyone next to the track waiting, or was asked by a passenger to stop, he would pick up or drop people off. 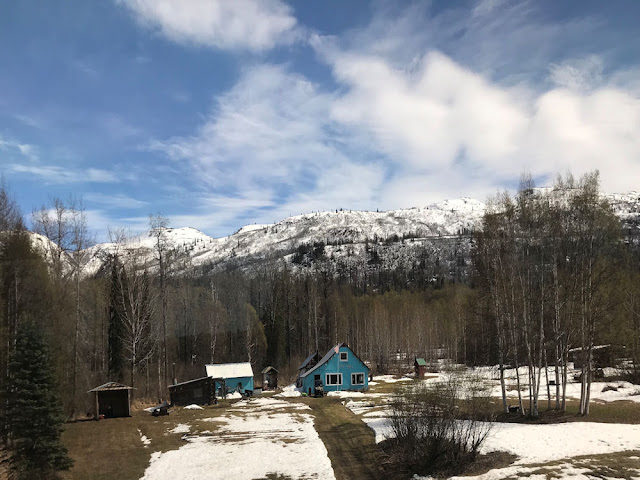 We saw one man chopping wood next to his home, nowhere near the track so not a potential passenger, but he stopped what he was doing and waved as we passed by. 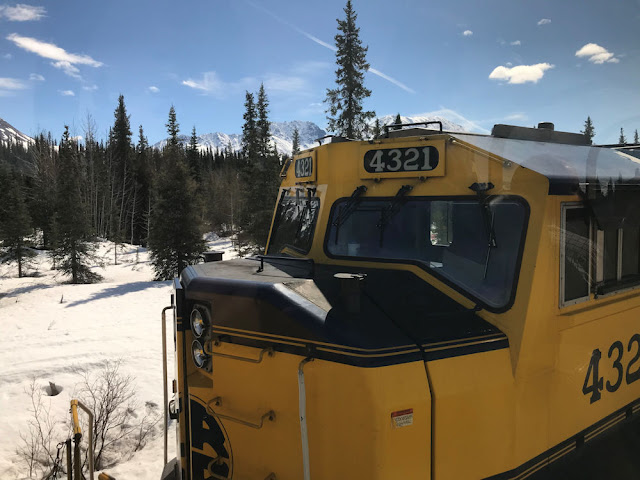 If we met a train going in the other direction, we were told to wave by placing our hands on each side of our head and wiggle our fingers as though they were the antlers of a moose.  Yes silly but fun as we all got in touch with our inner child. 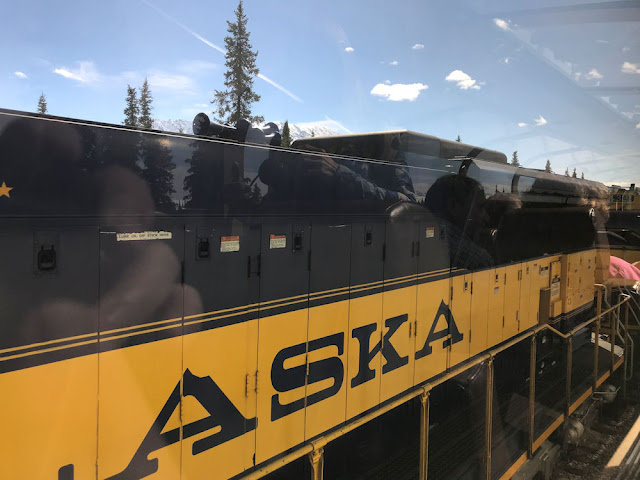 Everyone laughed as the people on the passing train did the same thing to us.  We learned the "Moose Wave" with utter silliness and delight as the train on the opposite track disappeared in a flash. 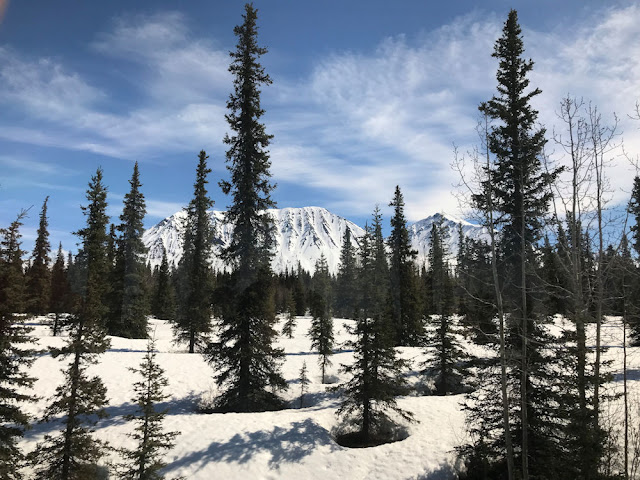 We were also told at the end of the day, to stomp our feet on the floor so that the dining staff below could hear our appreciation. 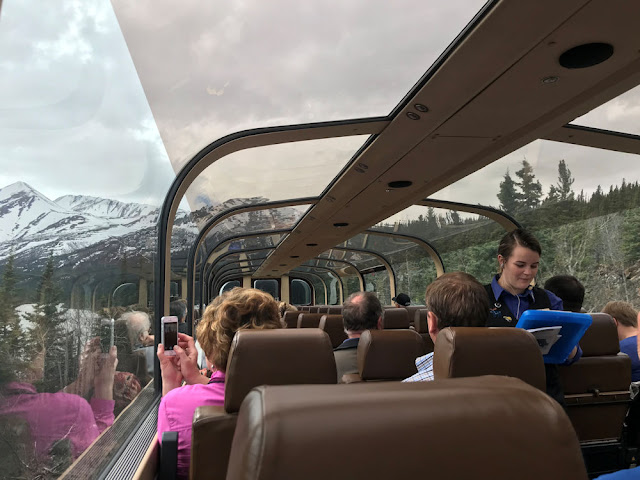 I fell once on the train, forgetting the step down from our seat to the center aisle, but our nephew who was sitting opposite caught me and I fell right into his lap!  And yes, the tray was up and I didn't knock anything else flying! 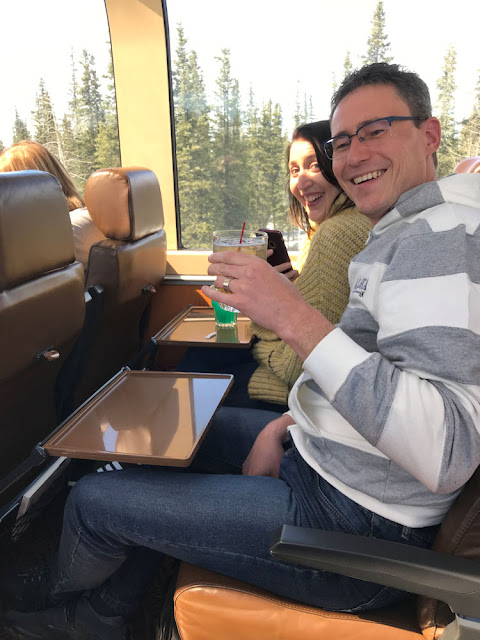 My hero!
Later when Gregg warned me to watch that step as I got up again, our nephew joked "Don't worry Denise, I am hear to catch you" and patted his lap.  Made me laugh and I had almost forgotten the embarrassment of falling in the first place.  I wasn't the only one, a couple of others did the same, but a little more gracefully than I managed it. 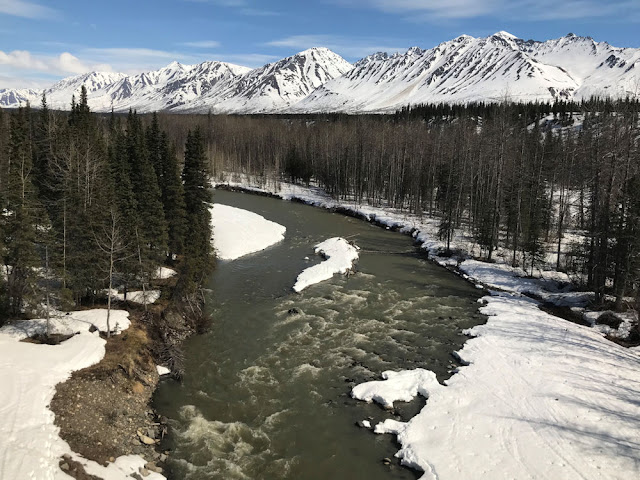 We are now in the Marriott Hotel in Anchorage, but the four of us are leaving for Alyeska tomorrow.  Good decision to keep that hotel booking, and we are all looking forward to seeing it again. 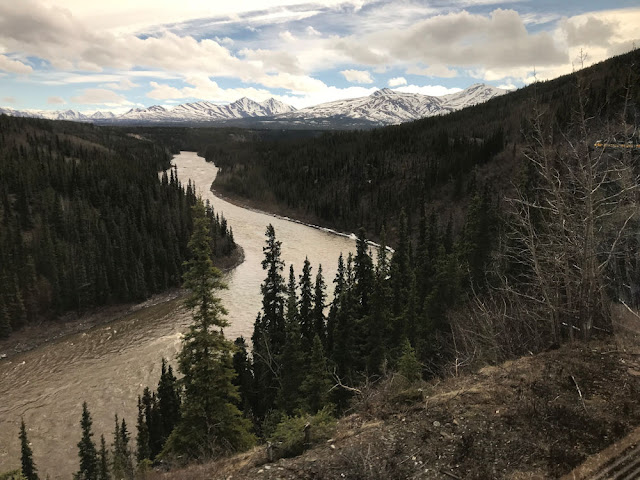 Everywhere you look there are mountains, the scenery is breathtaking. 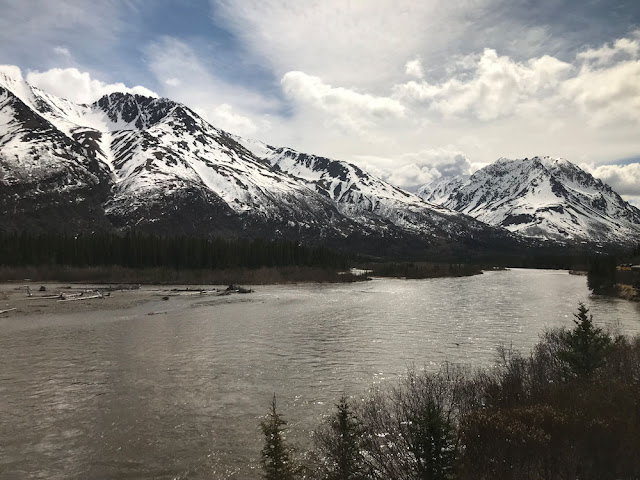 We will say goodbye to Gregg's sister.  Her husband left tonight and tomorrow she catches her flight, and our friend and sister later.  They are heading to the east coast, like we will be in a week's time.  We have come together from different parts of the states with this vacation of ours.  Hard to believe that this portion of the journey is over.  It has gone fast. 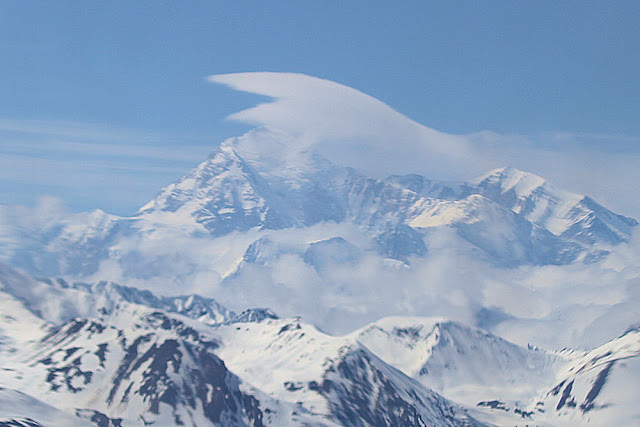 A few facts about Denali
Denali, also known as Mount McKinley, its former official name, is the highest mountain peak in North America, at 20,310 feet (6,190 meters) above sea level.
Denali is from an indigenous Koyukon name, meaning "great one".
Denali is taller than Mount Everest when calculated by measuring the distance from base to summit.  Denali's summit is 18,000 feet from its base.  Mount Everest's summit is 12,000 feet from its base.
To reach Denali's top it takes three to four weeks, and most climbers use the West Buttress Route.
More interesting facts can be read here.