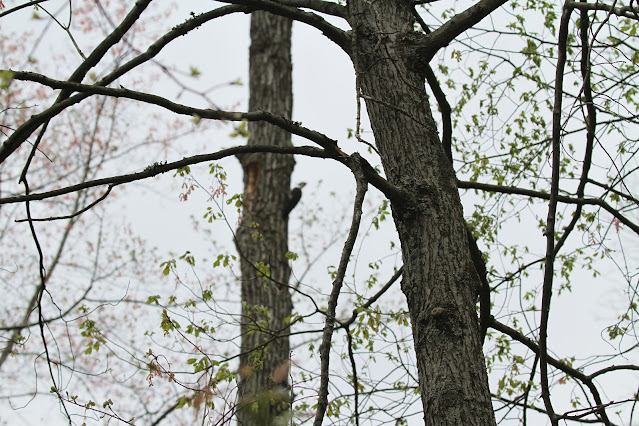 Standing with an equally interested and interesting group of people, I had been shown where to find the Pileated Woodpecker.  A pair had been observed, male and female, one flying away and the other staying and guarding their chicks.  One would return and the other would leave.  I saw a flash of wings when I first arrived and knew I had spotted something special.  I was very thankful to those who shared what it was. 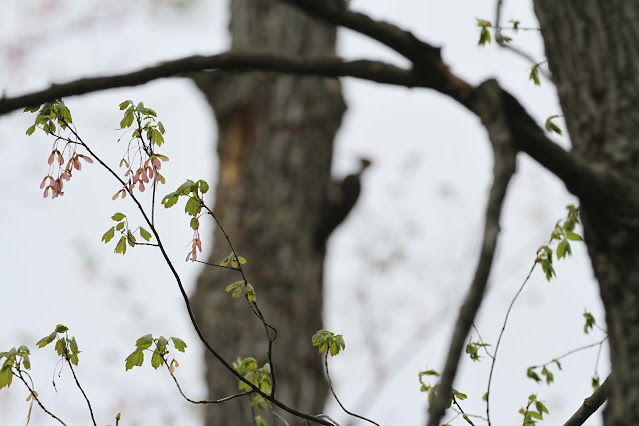 These birds are most commonly found in the eastern and southern portions of the United States, and are considered one of the largest woodpeckers in North America.  They measure from 15.8 to 19.3 inches (40-49 cm) in length.  There was once an Ivory-billed Woodpecker which was recognized as the largest in North America, but sadly it was announced extinct as recently as 2021.  The Pileated took its place and is now considered to be the largest here.  Added note on  5-11-22 at 6:58 a.m: you can read an interesting article at this link.  It is written by Kenn Kaufmann, a birding expert and Audubon Field Editor, who talks about the Ivory-billed Woodpecker.  A quote from him on its extinction: "My head says that the species is extinct, but my heart won't accept that..." 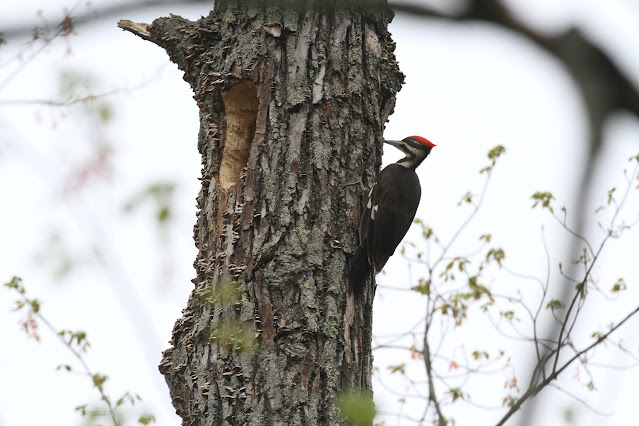 One thing I noticed when looking at my photos later on the laptop screen, was the entrance to their nest.  It was a large rectangular hole.  This is a sign that Pileated Woodpeckers are in residence.  They use dead or old trees to carve out a cavity. When it is used for a nest it is more oblong. 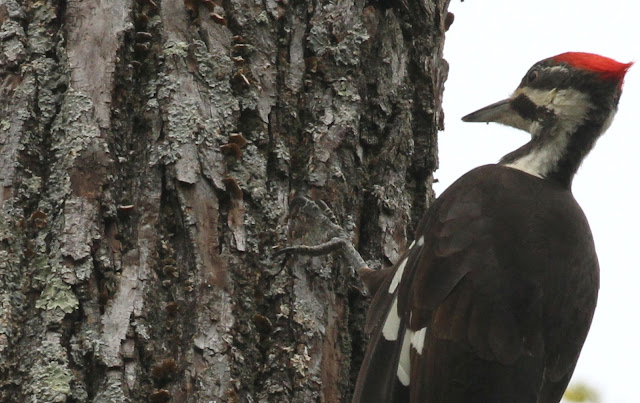 Once they find a partner, Pileated Woodpeckers will mate for life. Like other birds, they perform interesting displays of courtship.  This is how the males attract females, such as flight displays, head swinging, raising of the crest feathers, and spreading their wings to reveal white patches.  The oldest known Pileated Woodpecker was a male, and at least 12 years, 11 months old when he was recaptured and rereleased during banding operations in Maryland.  When I first arrived and when asked by a photographer what I had seen, I had mentioned the white patches on the wings.  He had told me that it sounded like the male. 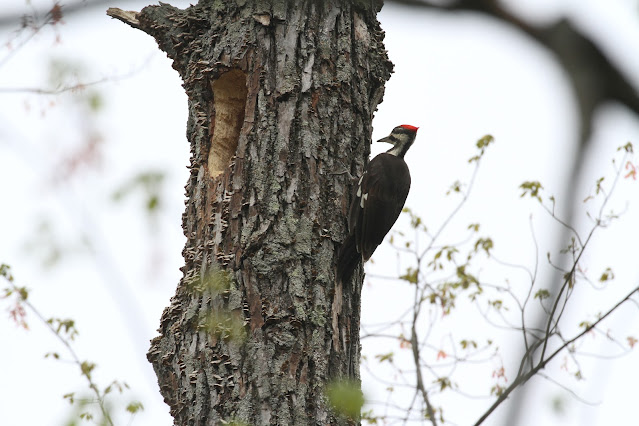 Both mom and dad Pileated Woodpeckers are hands on in tending to their young and will have 3 to 5 eggs which are white.  They feed their babies a variety of regurgitated insects, fruit and nuts.  During nesting season they will defend their territory from predators and other bird species, and will make loud drumming sounds and calls to deter any threat. 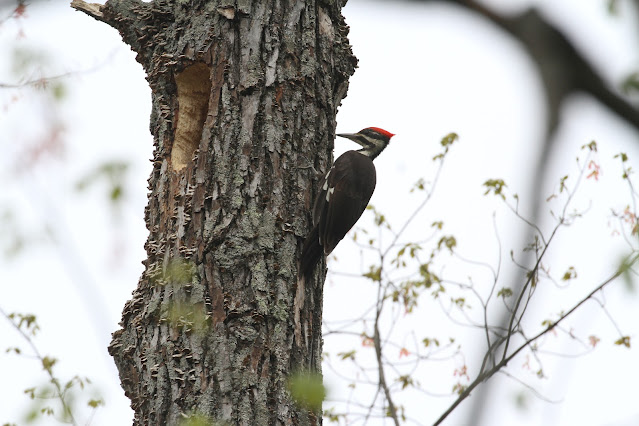 Unlike other male and female bird species that typically differ in color, male and female Pileated Woodpeckers are very similar and both have the red top-knot on their heads.  However, males can be easily identified by the bright red stripe on the sides of their face. 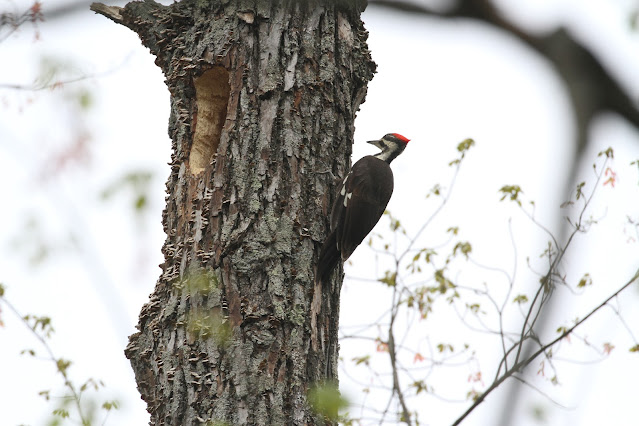 And so, I am guessing the bird in my photo is the female as they have a black stripe on their cheeks, rather than the red. 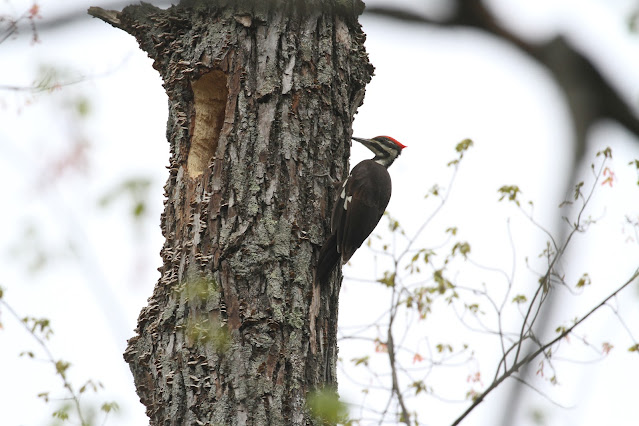 I would like to thank the Bird Feeder Hub (link here).  You can read much more if you go to their website.
Thanks for looking and I wish you all a very happy day.