We were very happy to find a Hooded Merganser family as we walked along the raised walkway over the marsh.  The babies were ducking their heads for the most part for feeding, while mother paddled nearby, alert and protecting her young, at the same time teaching them hunting skills.  A juvenile hooded merganser is capable of catching its prey (with the guidance of the mother) just half an hour after hatching! 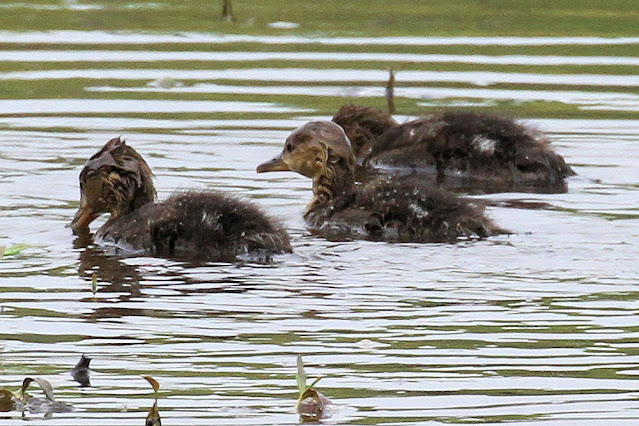 She and her ducklings were hard to see. 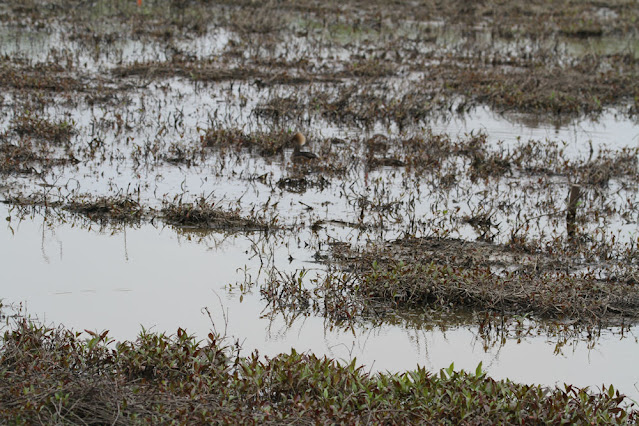 There were dried reeds and other plant life growing. They were almost perfectly camouflaged, but I counted seven ducklings.  Mum can lay between 3 to 13 eggs. 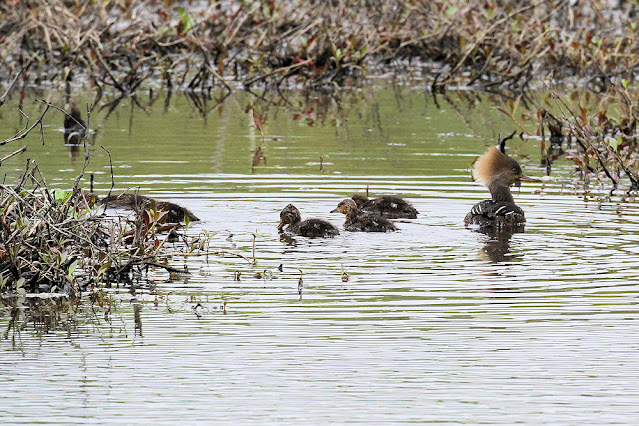 This beauty is a native of North America and the Hooded Merganser (Lophodytes cucullatus) is the smallest duck among all three merganser species. 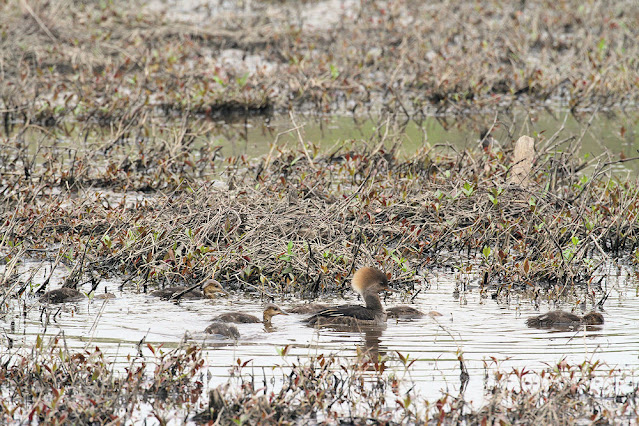 Unlike most other ducks, their diet consists mainly of fish. They dive into the water and can chase the fish for up to two minutes. 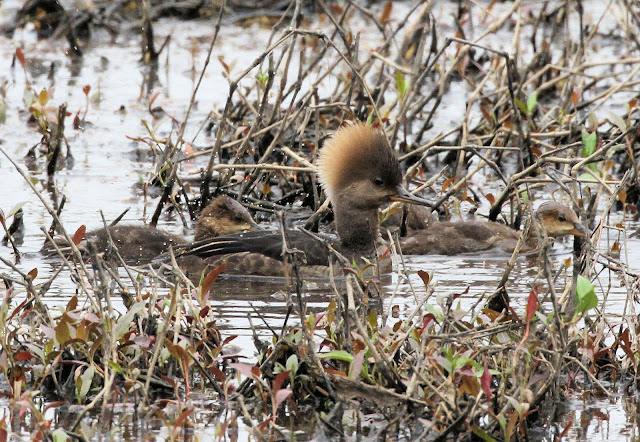 I am happy to say that the population of these wild ducks is increasing, due to their brilliant survival techniques. 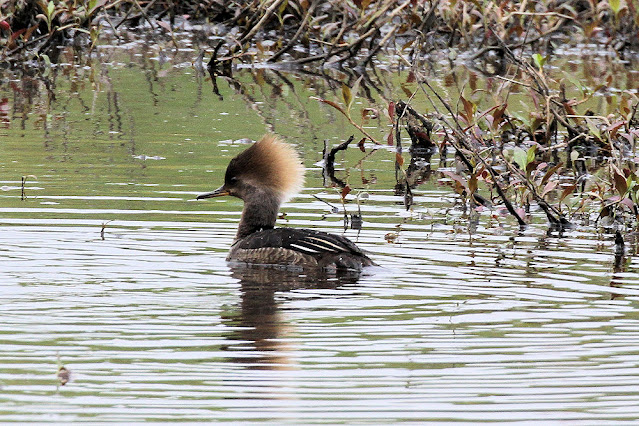 Although these ducks are North-American birds, their habitat is not restricted to North America. They are also found in Canada, the Pacific Coast, Ohio river valley, New England, Gulf Coast, Baja, and some surrounding states. 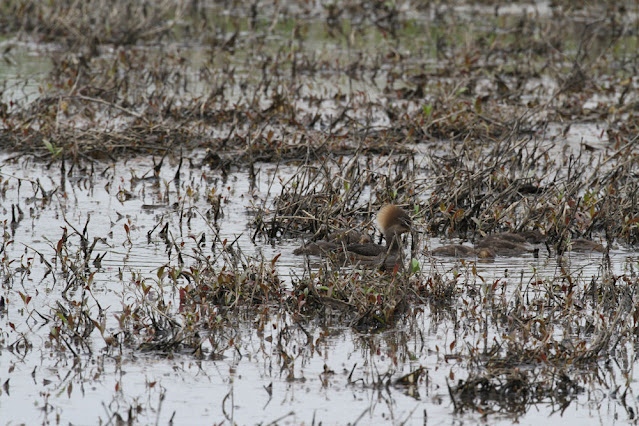 On average the lifespan of a hooded merganser ranges from 11 to 12 years in the wild. 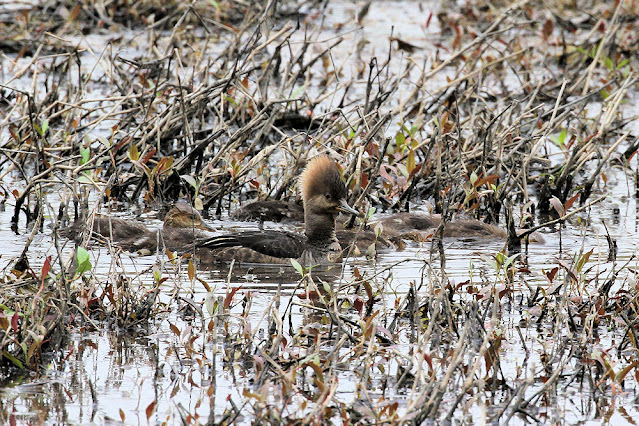 Hooded Mergansers can achieve an approximate speed of 50 mph (80 kph) while in flight. They are exceptional fliers as well as swimmers. 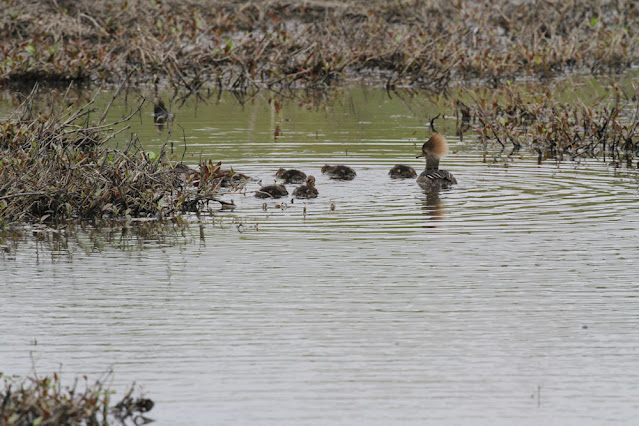 The pronunciation of Hooded Merganser is 'hu-duhd mr-gan-sr'. The term 'merganser' derives its meaning from German roots. 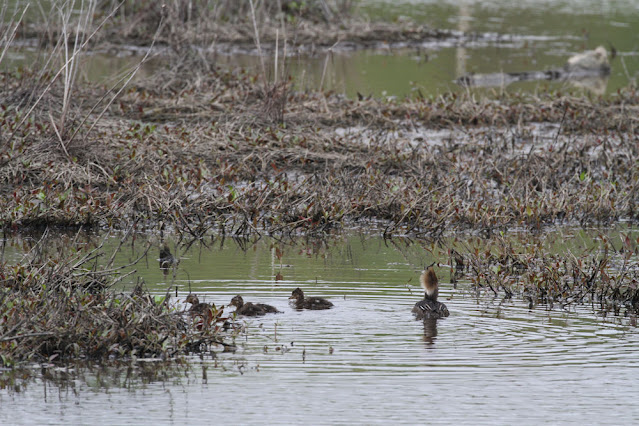 That's all from the facts I read about this lovely bird.  We saw lots of wildlife on this visit and I will soon be sharing photos of a Red-shouldered Hawk. 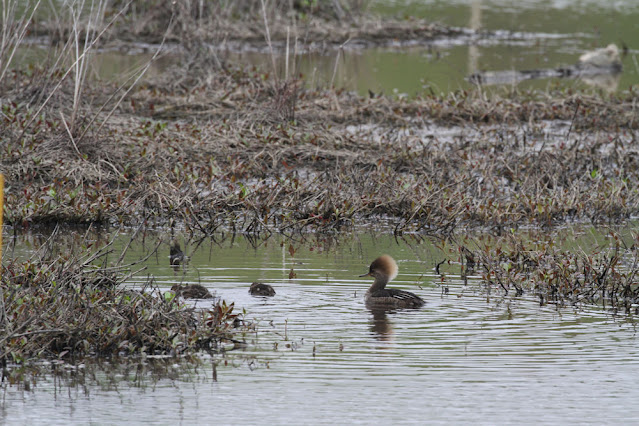