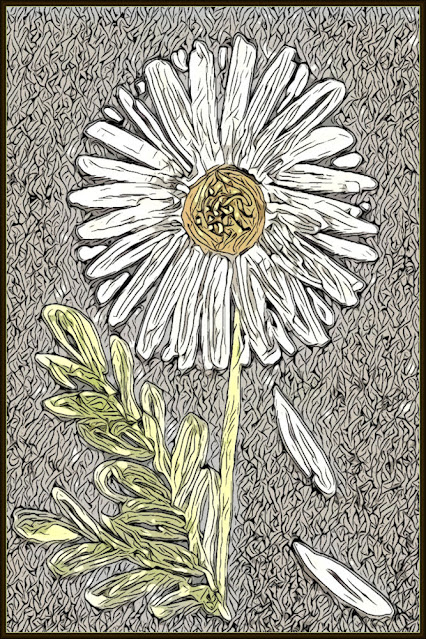 Things or objects of different kinds, as in:

"These are just a few bits and bobs I am sending today."

"No one knows exactly what happened.  All we have is a few bits and bobs of information so far."

Bits and Bobs also is English slang for a collection of small items too numerous or varied to name individually. It originated from carpenters' tool kits containing parts for a drill, with bits used for making holes while bobs are routing or screwdriving drill attachments.

And now we know!

It's an expression I remember being used a lot growing up, but I haven't heard it in a very long time.  Do any of you out there use it?  The language is evolving so I am told.

Anyhow, here are my 'bits and bobs'. 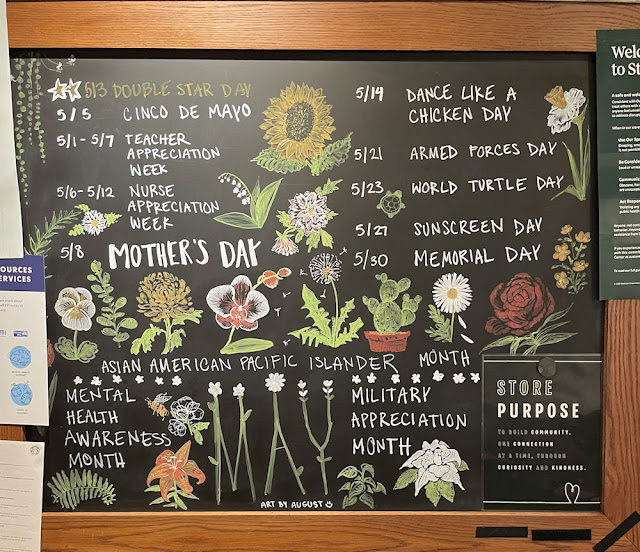 Last month my Dear Other Half was in our local coffee house.  He is very much like me in that if there is anything that catches his attention and, if it is okay to do so, will take a photo with his cell phone.  Above you can see what he took while waiting in line, a prettily decorated information chalk board.  The chalked flowers appealed to me, and I picked one to make the ‘painting’ at the top of this page using my ArtCard app.  At the same time, I wondered who put all that together.  I liked their artwork very much.  And because it's good to have a smile, here you go. 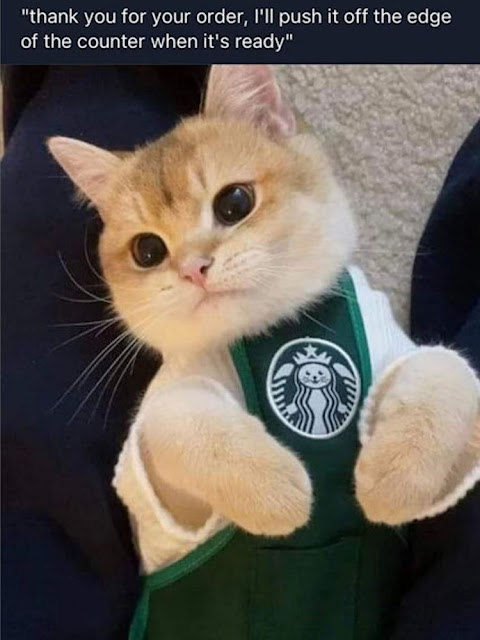 We had to buy a new clothes washer.  Our old one threw its hands up and said "Enough already, I'm retiring".  I don't like change, I saw all the lights and dials on the new one, and said out loud for the umpteenth time, "I really don't like change", with emphasis.  DOH said, "What's so hard?"  "It looks too complicated" said I. "Why does there have to be so many buttons and flashing lights?  It's like looking at the instrument panel in a cockpit."  Well, not quite but you know what I mean.  DOH pressed two buttons, "That's it, it does it all for you!"  I said, as I peered into the chasm, "I don't like change."  After 46 years of married life, I think he knows that by now.  I did get used to my new cockpit and, not surprisingly, it only took a couple of days.  Now I'm saying, "It would be really nice to get the same brand of dryer, then they would match.”  (Our new washer is three inches taller than the old one.  My symmetrical brain was trying to get used to that too).   I could swear I heard Dryer gasp, or maybe that was Gregg.  Just kidding Gregg! Anyhow, Dryer threw up its hands and said, "Well, you're going to have to wait a while for that one, I'm sticking around for a long time."  "I hope you do", said I.  Does anyone else talk to their appliances? 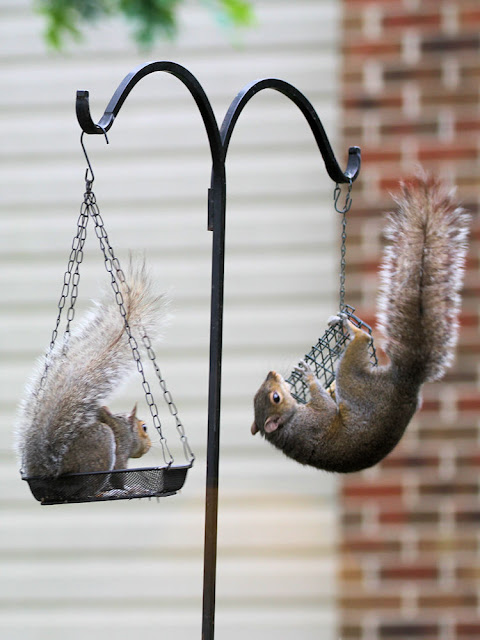 Now for the squirrels.  The acrobats have been at it again.  We have a new family in town.  Not babies any more but growing youngsters and eating everything in sight.  It's hard work for them as you can see! 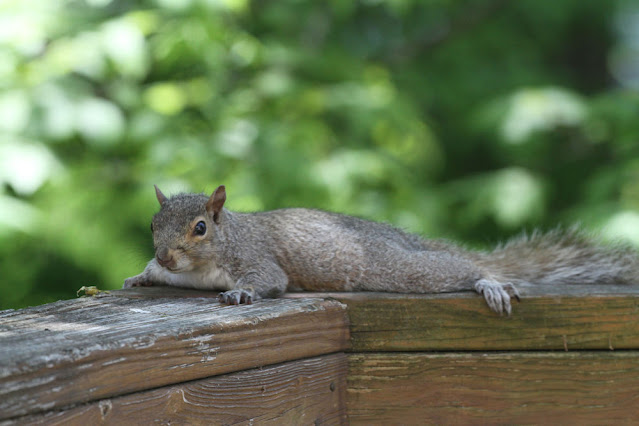 I decided it was time to stop putting the birdseed out, after seeing said youngsters running all over the garden digging up acorns and other delights.  There is enough for them to eat now.

We also had the raccoon.  Yes, I stopped putting the birdseed out, but there were still a few suet cakes left.  After those are gone, I won't be buying any more.  This has been the most popular suet cake I have ever put out there, and they have been disappearing overnight. 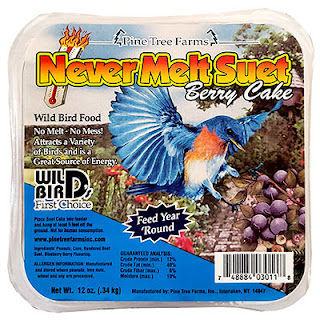 The past week and each morning, pfttt!  All gone, and the suet was tightly encased in their cage.  But where there's a will, there's a way and even though the latch was never undone, nimble fingers worked their magic.  I had a good idea who the culprit was, and I didn't really need my trail cam to figure it out.  From the first to the fourth frame in the collage above, you can see the suet cake slowly disappearing.  If you look at the last frame, you might be able to see a smaller animal (enlarge for a clearer view).  The Flying Fox Squirrels are back and they only come out at night.  Not only Flying Foxes but regular Foxes too.

This is a screen shot from the video above.  I had heard a noise and looked from behind the curtains thinking I would see a raccoon.  We only see them rarely. You can hear me breathing hard after holding my breath for a few seconds.  I try to console the Fox after startling it by saying, "That's okay babe"... 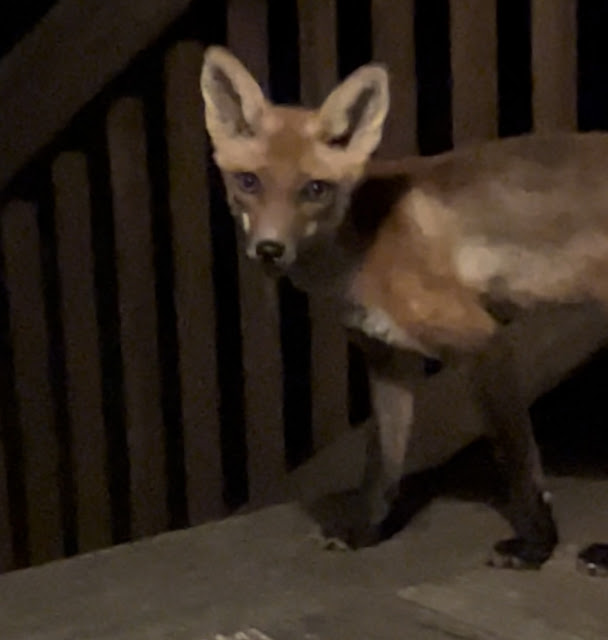 but after staring at each other briefly, and after I accidentally bounced my phone off the window again, he hurriedly left down the steps.  I had an instant realization that this would be the last night of putting birdseed and suet cakes out.
A few nights previously, there was what I think the same raccoon.  A ghostly shape appeared below it bottom left (courtesy of trail cam).  It was the fox but it soon disappeared and the raccoon relaxed after huffing a few times. There is the glow in the eyes of the fox, photo below. The raccoon was definitely on high alert as its ears flattened a tad.  It took me longer to know what was going on as I left my trail cam out a couple of extra days and there were over 800 takes on it, half photos, half videos.  Many produce nothing interesting as sometimes a rustling leaf can set these things off.  It takes time as there are too many to wade through in one sitting.  I put all the uninteresting frames away, but every now and again you get a gem, and I feel like I have been given a special gift.  I will have plenty to share throughout the summer.

With the thought of the bears being active also (as I have mentioned in previous posts), though I have heard of no visitations on the next-door app like last year, yet, I do not want to encourage, in case I look out the window and find one of those bears staring back at me. Most importantly of course, there are a lot of dogs and cats in this neighborhood and we need to look out for our neighborhood pets.  So...time to get on your bike little raccoon!  I will be thinking of you and wishing you well, foxy also. 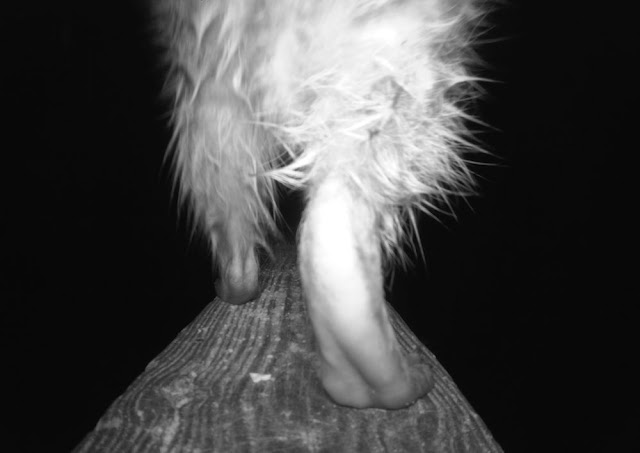 Ending note on this particular subject: I consider our local wildlife a true gift.  They were here way, way before this neighborhood was built.  When we were first married and drove through the area on our way to Skyline Drive, 40 plus years ago, (we lived in Alexandria for a couple of years) there was nothing here.  Now we are coexisting. 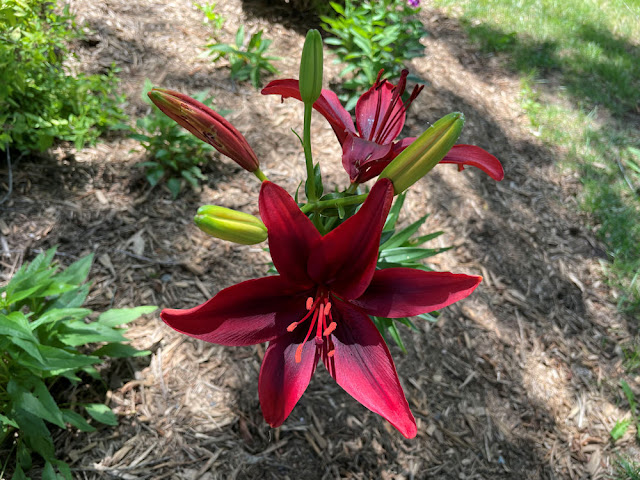 Next day I walked around the garden and looked at the new plants in front of the house.  We had a little landscaping done. I gave the gentleman a basic guideline of what I liked.  It wasn't a big space but I told him favorite colors and I saw a diagram in a magazine I showed him as a guideline.  Gregg prefers I do all the deciding where the garden is concerned.  Basically, I told the gentleman, go for it.  I trust him 100 percent as we have known him for several years now, and he has also done our neighbor's garden and it looks lovely.  As for what he did here, I really loved the red ones, which came as a bit of a surprise, but definitely a happy surprise. 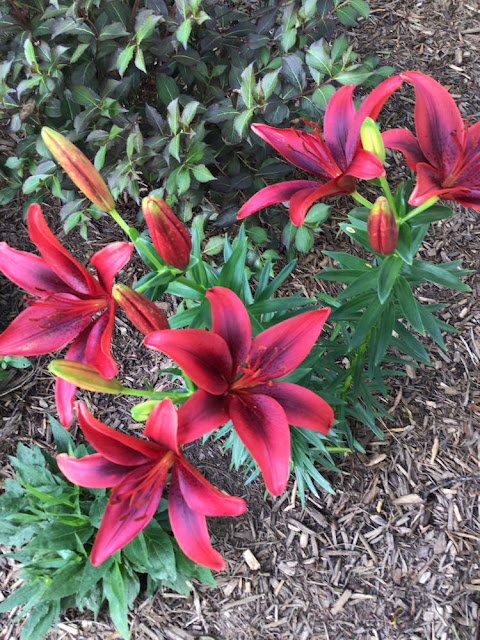 It is a Siberian lily (botanical name Lilium pensylvanicum), also known as a Candlestick lily.  It is native to Siberia, Mongolia, Korea, northeastern China and Hokkaido in Japan. The Latin name is misleading due to an error caused by the botanist, John Bellenden Ker.  It is actually native to a cold climate and requires frost during the winter.  Furthermore, it is found in the wild in Siberia, so it is called Siberian lily. 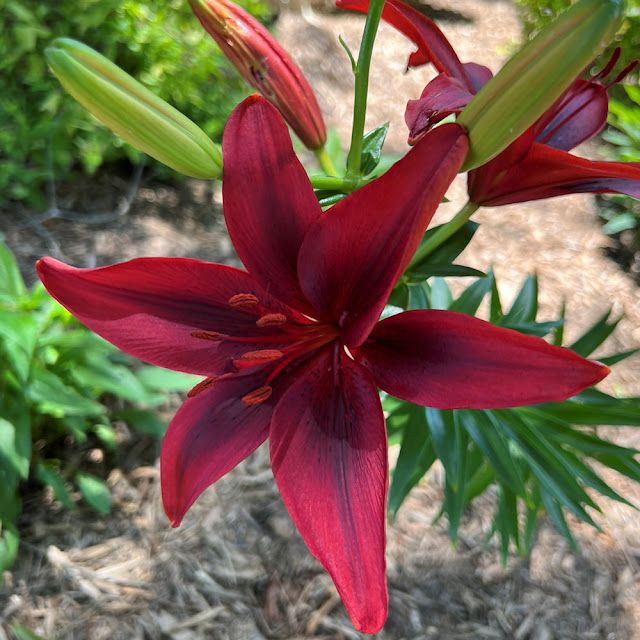 It is also my garden friend as it is super easy to take care of and recognizes me as a brown thumb. It tells me it is resistant to pests and diseases, but needs consistently moist soil during its growing period.  It doesn't, however, need moisture during its dormancy. 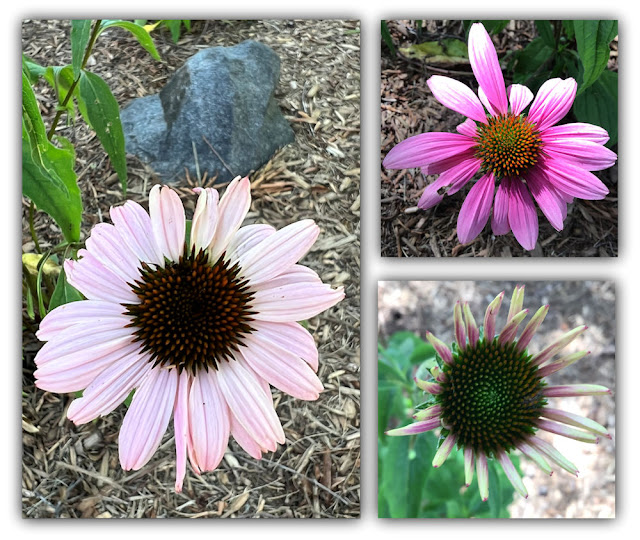 I have a few other coneflowers that are doing quite well, but these are new arrivals.  Some of the plants, the leaves and petals are getting chewed on by insects.  Can any of you out there give me a 'green' solution?  I try to stay away from pesticides and am reading up on all that, but having some first-hand information of something that is tried and true, is always gratefully received.
Our family is well and I am hoping yours is too.  Thanks for dropping by and my wish is for your day to be a great one.