Since writing this in 2013 we have been to the museum several times.  It is a great place to take family and friends when they visit, a marvelous museum.  Except for the one or two, these photos show the biplanes that were on display that year.  I haven't been there for quite a while, so am not sure if displays are the same. 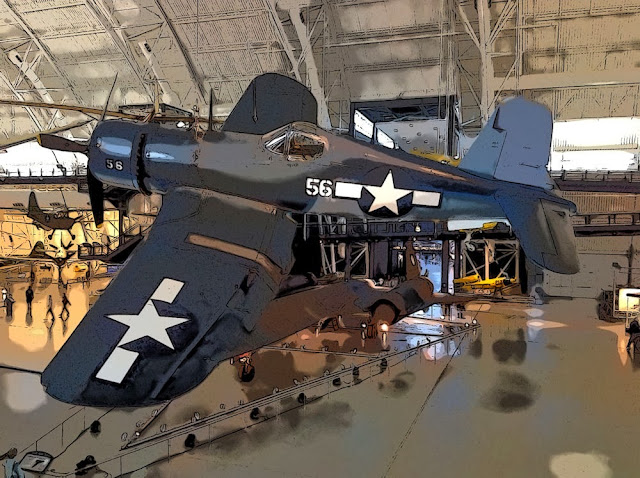 Unfortunately, I can't remember the program I used to turn my photos into art, as I no longer have it.  Back then I was just learning how to catalogue.  With a few exceptions, I am better at naming programs I use now. 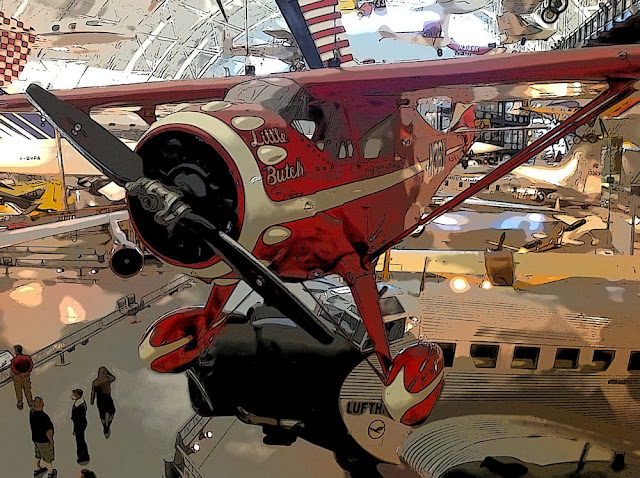 The following writings are from my 2013 post: I am still in my 'turning photos into cartoon phase', so I hope you will indulge me a little longer until I get it out of my system. 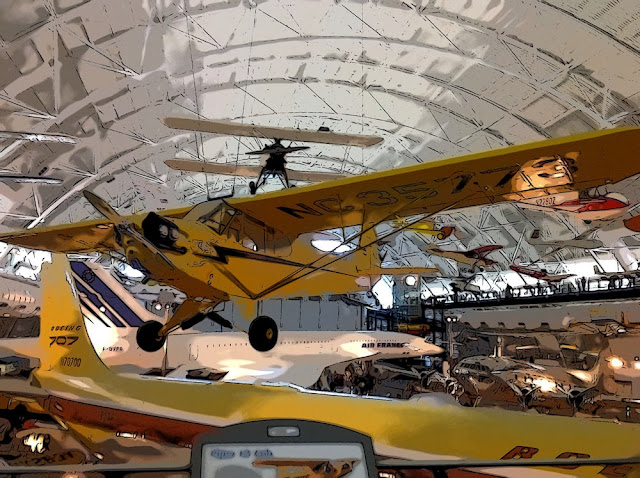 My original photos were taken at The Steven F. Udvar-Hazy Center not too far from Washington-Dulles International Airport.  We may have to put up with a lot of traffic in this area, but we have several interesting places to go to, and this isn't too far from home.  If you click on their names, you will be taken to their home pages. 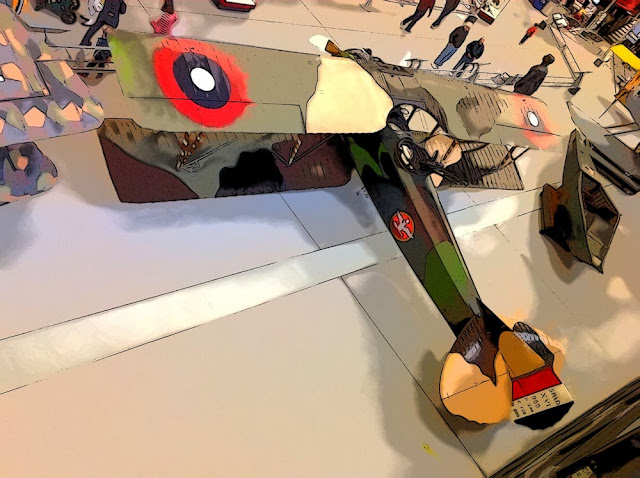 We went there a few weeks ago with our son and it is a great place to visit.  (We have visited several times since its opening).  This center is described as the companion facility to The Air and Space Museum in Washington DC.  Construction began in October 2000, and the center opened in December 2003. 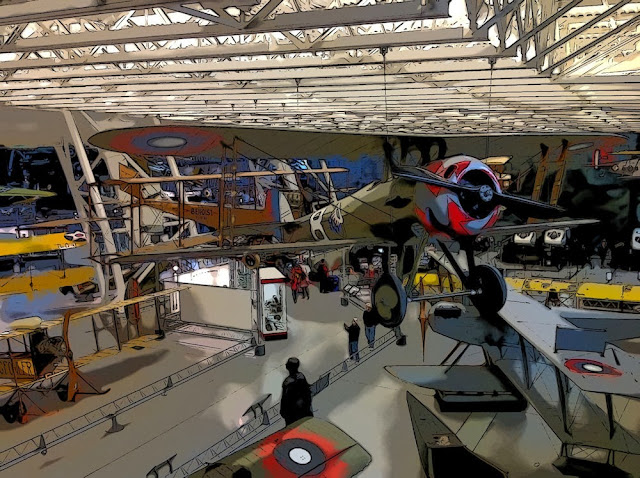 You look up at those small airplanes hanging from the ceiling, and wonder how on earth they ever got off the ground.  The people who flew them must have been very brave. 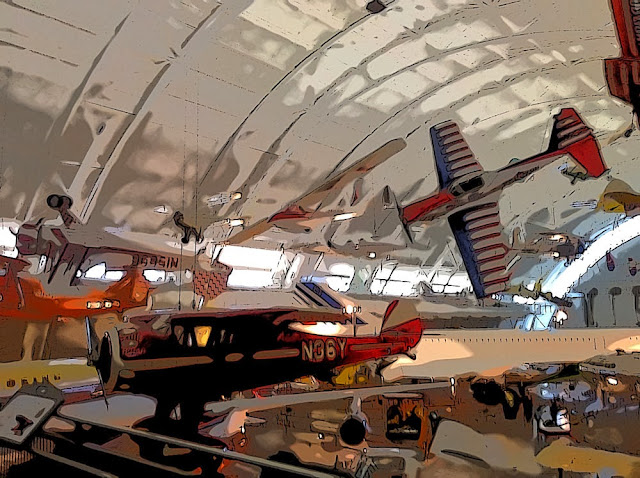 The history of the Biplane can be found at this link. 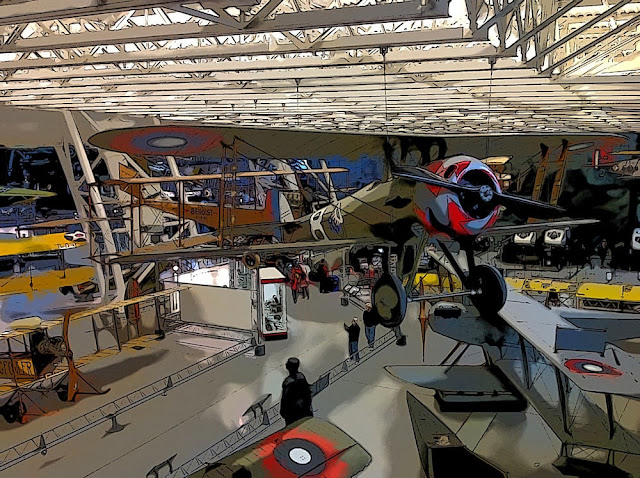