The new-ish conservatory is taking shape.  There has been some planting in the surrounding flower beds... 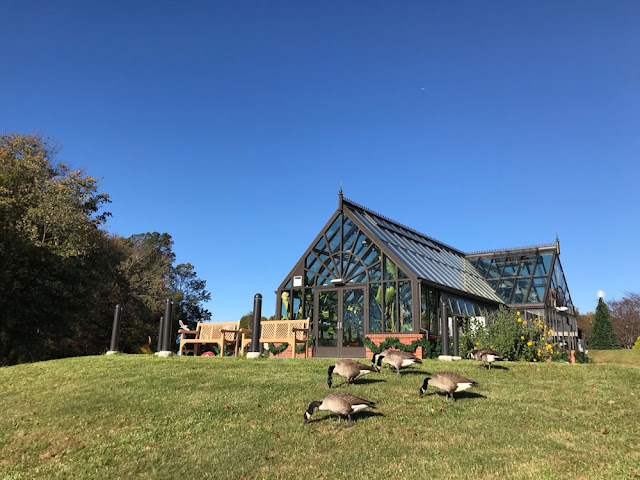 and the small flock of Canada Geese were nearby. 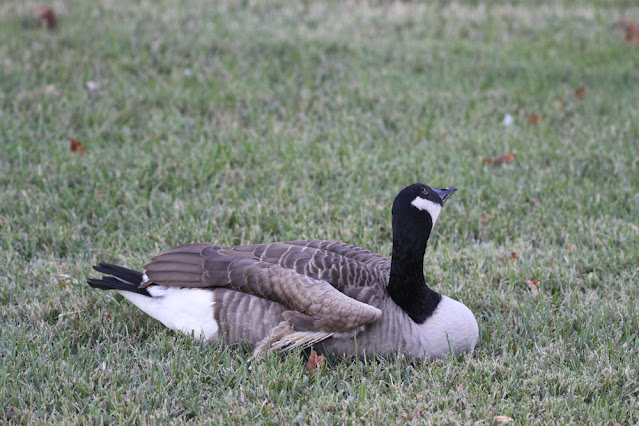 This is one of the geese I noticed before with the deformed wings.  There are two of them.  I was very happy to see their family had not left them.  It looked like these two had had their misshaped wings surgically shortened by a veterinarian.  At least I think so as they weren't as noticeable as before.  Better for them for walking or swimming, and getting around generally.  I was happy they were getting the care they needed, these two.  Another flock of geese flew overhead just as I was taking this one's photo.  I looked up and they were a lovely sight, as any bird is in flight.  But when I saw this photo later on my laptop, I was a little sad that this poor goose, nor its sibling, would ever be able to join them, or ever fly themselves.  They are in a safe place, however, with plenty of space to roam in the garden, and I am thankful that those who run it are taking care of them.  I am also thankful that their goose family is sticking with them. 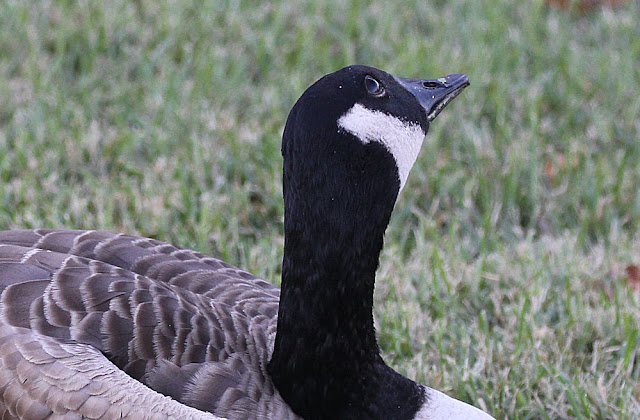 In the visitor center I saw a poster giving out information.  Good to see, as with people coming and going, maybe we can all get the word out how human food is so bad for wildlife.  It is not only the Canada Geese who can be affected. 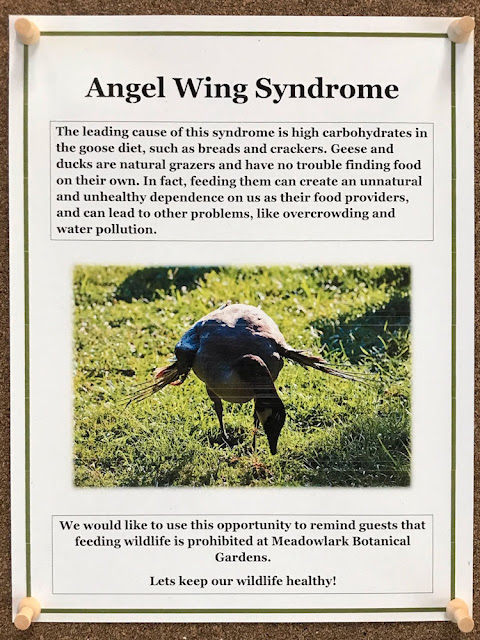 Here are a small number of geese on the other lake, probably the ones we saw flying over our heads. 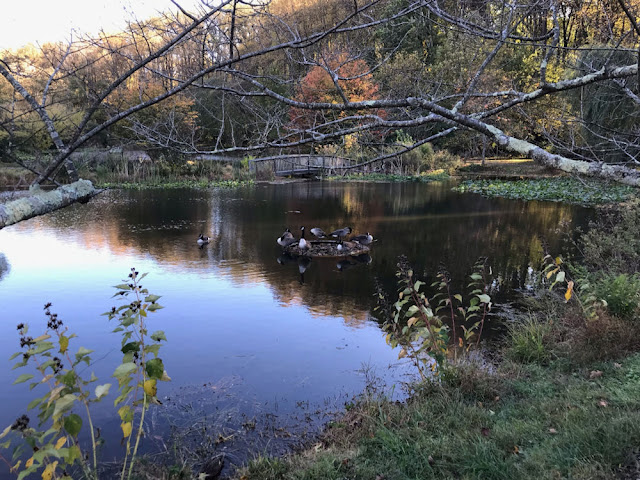 They are using the drainage/filter for a resting spot. 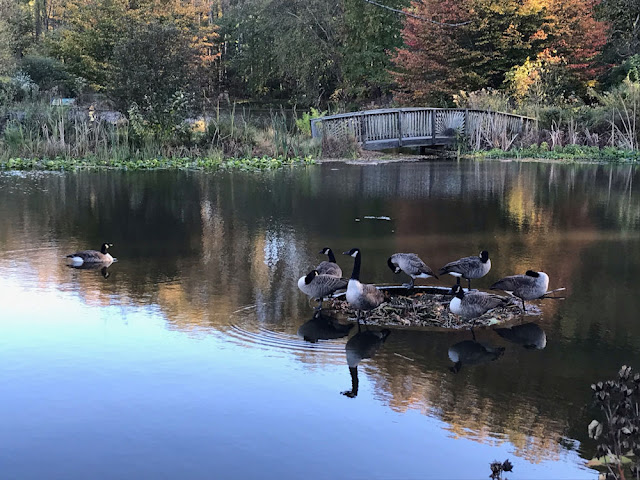 These were gorgeous in the sunlight.  Can't quite get the right effect in these photos but I was really taken with them.  Called Chinese silver grass (botanical name Miscanthus sinensis), it is an herbaceous perennial grass that is slow in growth at a young age but can reach a mature height after two to three years from 3 to 7 feet. 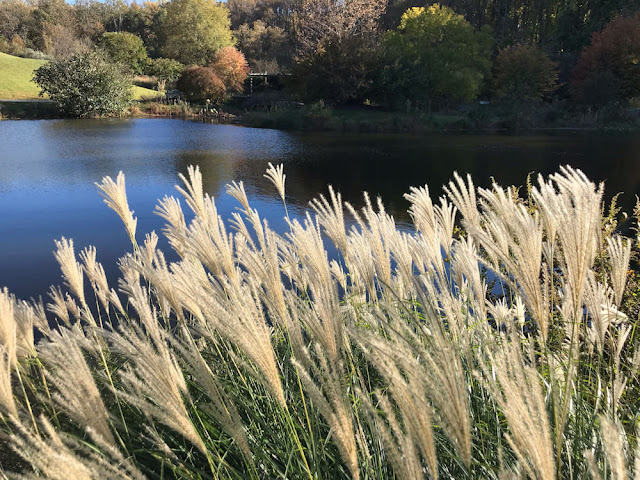 It also goes by the names Eulalia, Japanese silver grass, Eulalia grass, and Zebra grass.  It is native to eastern Asia throughout most of China, Japan, Taiwan and Korea.  It is used predominantly for feedstock production for both energy and non-energy end uses. 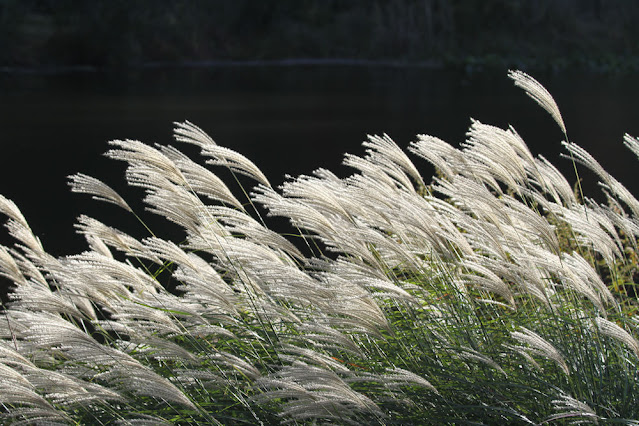 We are walking along the path and I'm noticing everything around me.  I want to get more information on the trees I pass, and on doing some research I found out these were from the White Oak. Its botanical name is Quercus alba and common names are Eastern white oak and Stave oak. 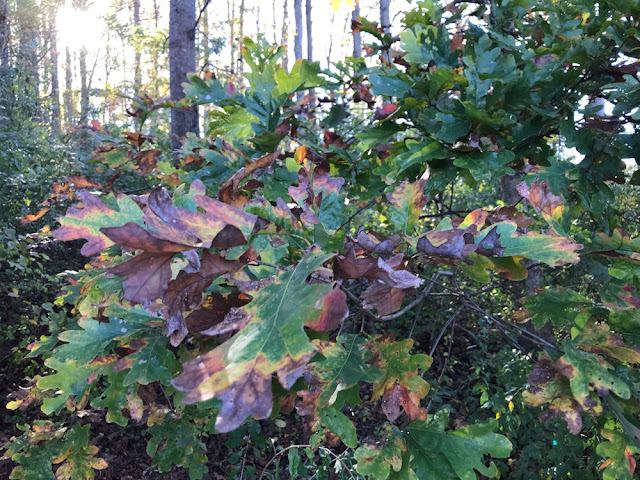 Although it is called white oak, it is very unusual to find any tree with white tree bark.  The usual color for the tree bark is actually light gray.  The plant is called white oak because the name comes from the color processed wood which is white.  It is a slow-growing tree that grows only 1 foot to 1-1/2 foot per year.  It can live from 200 to 300 years, and even older trees have been found. 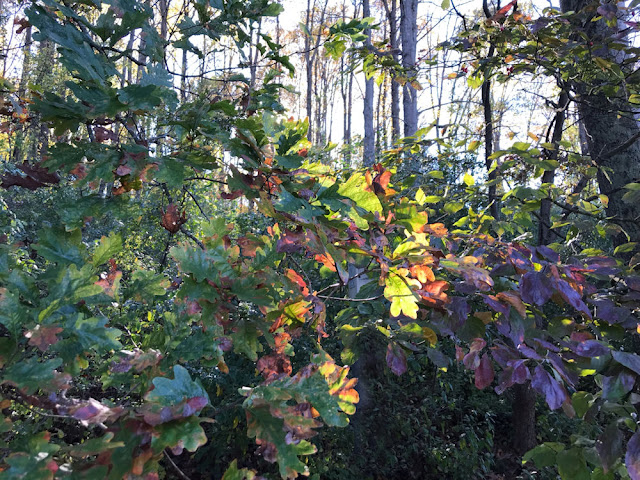 Native to eastern and central North America and found from Minnesota, Ontario, Quebec, and southern Maine south as far as northern Florida and eastern Texas. 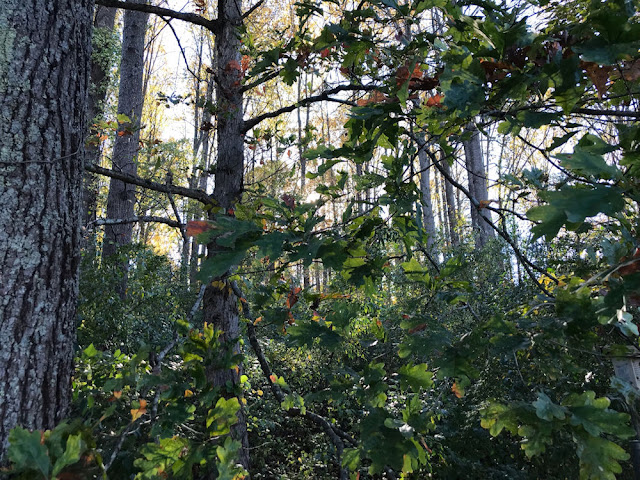 Next is the Bottle gentian, a perennial, (botanical name Gentiana andrewsii).  Also known as Closed bottle gentian, Closed gentian and Blind gentian.  It gets its common name from the shape of its blooms.  These late-season flowers are mostly pollinated by bumblebees, the only insect with enough strength to pry open their buds. It is native to northeastern North America. 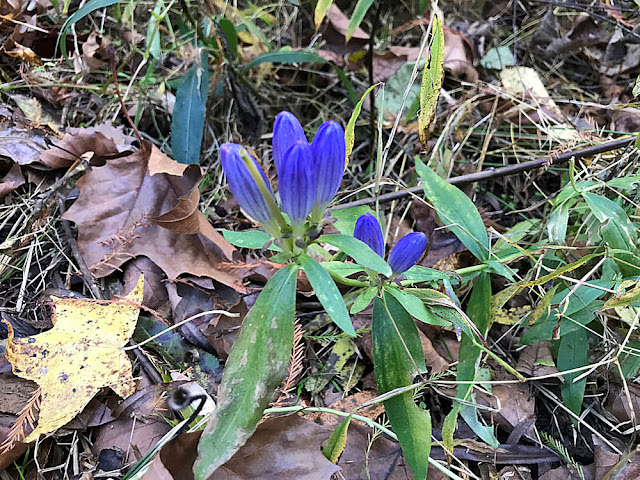 I took many photos in the garden and there will be two more posts to share. Thank you for following along, and I hope your day is a great one. 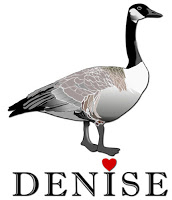