AS THE DAY BREAKS...

(Photo from Pixabay, with thanks) 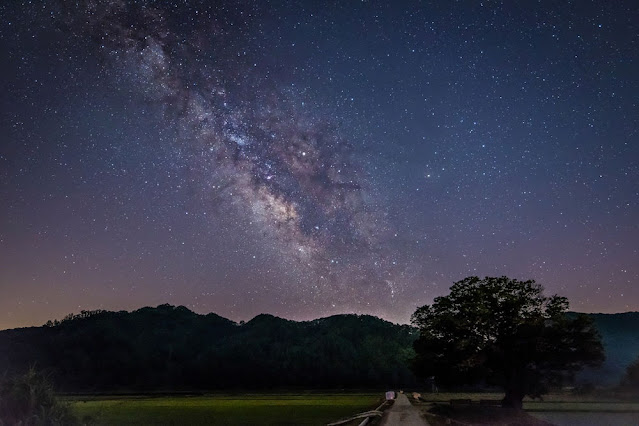 As The Day Breaks
by
Ernest McGaffey
I pray you, what's asleep?
The lily pads, and riffles, and the reeds;
No longer inward to the waters creep,
No longer outwardly their force recedes,
And widowed night, in blackness wide and deep,
Resumes her weeds
I pray you, what's awake?
A host of stars, the long, long milky way
That stretches out, a glistening silver flake,
All glorious beneath the moon's cold ray,
And myriad reflections on the lake
Where star-gleams lay.
I pray you, what's astir?
Why, naught but rustling leaves, dry, sere, and brown:
The East's broad gates are yet a dusky blur,
And star-gems twinkle in fair Luna's crown,
And minor chords of wailing winds that were
Die slowly down.
I pray you, what's o'clock?
Nay! Who shall answer that but gray-stoled dawn?
See, how from out the shadows looms yon rock,
Like some great figure on a canvas drawn;
And heard you not the crowing of the cock?
The night is gone.
Ernest McGaffey
(1861-1941)

American poet and lawyer.  Born in Ohio in 1861, McGaffey was a minor poet of the 19th and early 20th centuries.  After working as private secretary to Chicago Mayor Carter H. Harrison, McGaffey was admitted to the bar and subsequently practiced law in Chicago.  He produced several volumes of poetry, including Poems of Rod and Reel (1892), Poems of the Town (1901), Cosmos (1903), and a late collection called War in 1939.
Posted by DeniseinVA at 12:00 AM