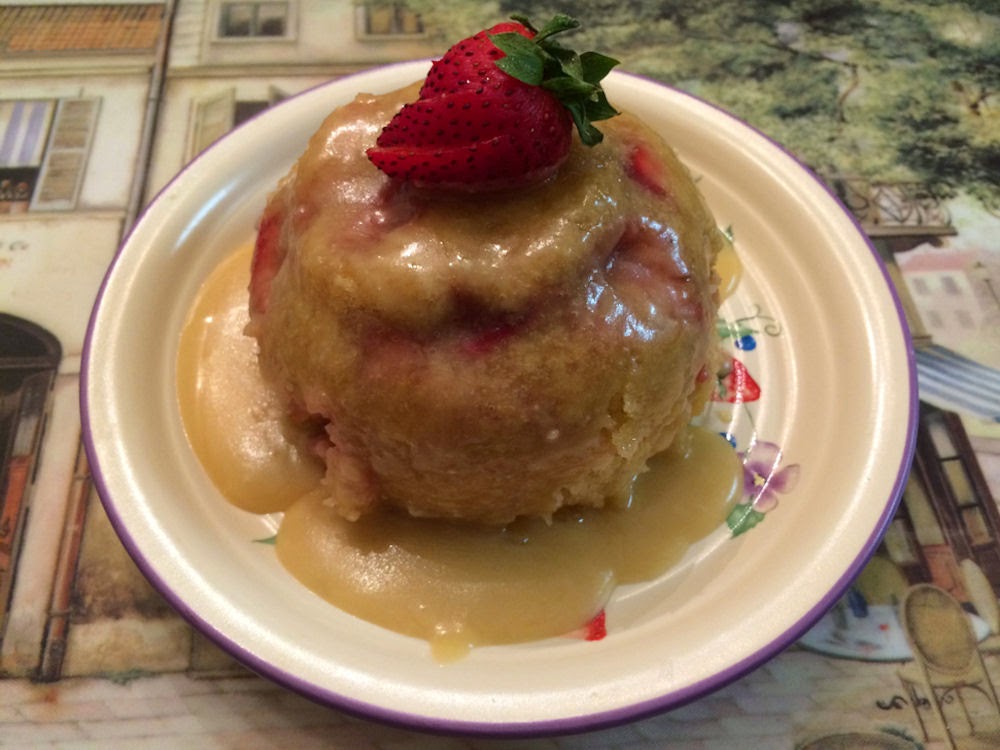 This is a recipe I have had in my collection for a long time, but haven't made it in a while.  The glaze looks darker in my photo as I added extra vanilla.  It was good but I might go back to the original measure next time.  Also this mug cake was more than enough for the two of us.  It comes from Averie Cooks and you can find her recipe at this link: here.

In a medium bowl combine all the ingredients (except strawberries), and whisk until batter is just smooth.  Don't over-mix.

Gently fold in your strawberries.

It was suggested to use cooking spray but I left this step out and it seemed fine, but use your largest mug as it volumes up quite a bit when cooking.  Fill only half way.

Put your batter into the mug and for the first time I would suggest keeping  an eye on it just to make sure it's not going to spill over in the cooking process.  It wasn't a problem for me but I have one of those extra large coffee mugs.

Microwave on high for 75 to 90 seconds or until done.  Microwave cooking times can vary but mine took 75 seconds.

Carefully take out of the microwave using your pot holder or oven gloves.

Combine all the ingredients in a small bowl, except for the cream or milk, and whisk.  Next add the cream or milk.  If it's too thick add a drop more.  This depends on how thick or thin you like your glaze.

Spoon over the mug cake while it is still in the mug and allow the glaze to soak in.

If you want to remove the cake and put it on a plate as suggested in the recipe, it would probably be a good idea to use that cooking spray before you put the batter into the cup.  If it still doesn't come out easily once cooked, carefully use your dinner knife and run it around the edge of the cake to loosen it from the cup. Once the mug cake is unmolded onto your plate, you can pour the glaze over the top.

~~~~~~~
What did we think of this recipe?  Loved it, not only for the taste but for the portion control and convenience of an easy and fast breakfast/dessert.

I would definitely suggest reading Averie's recipe to see all her suggestions, and of course to look at all those other delicious recipes.

When I had my first bite it reminded me of the summer steamed puddings my mother used to make when I was a child, but she used English Custard instead of a glaze.  It was always served as dessert on the weekend, after our evening meal.

For those of us who are counting calories, the cake without the glaze works out at approximately 359 calories, with the glaze it is a little bit more at 576 calories, but not so bad if you share and Gregg and I ended up sharing.

Delicious and a definite keeper.  Thanks Averie! 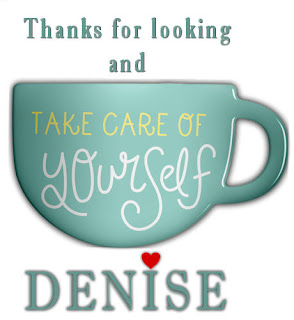