It is Veteran's Day and I would like to honor all Veterans, not only to all of you out there but to the many who are in both our families. 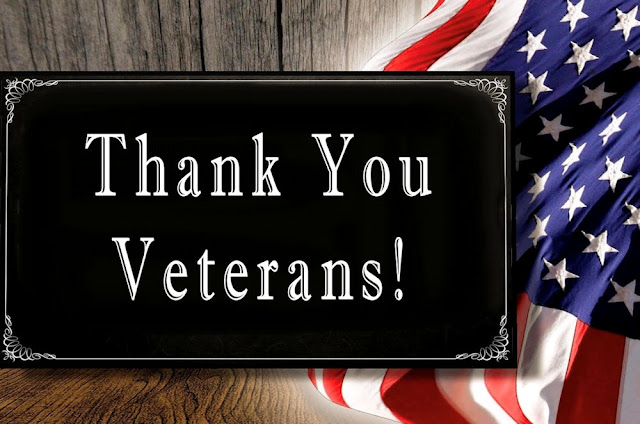 And now continuing with our walk around Meadowlark Gardens.  It really is a great place for reflection...

we are approaching Lena Lake. I have mentioned before about a favorite area in the garden.  Truth be told there are many favorites, but my most favorite area is at this lake.  It always calls, for want of a better phrase. 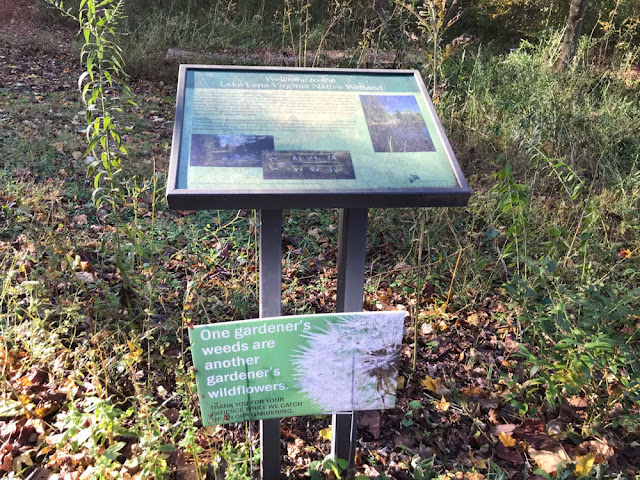 The sign has seen better days but I like it, and the one below it which says "One's gardener's weeds are another gardener's wildflowers."  For me that's true.   To save you struggling with the small lettering, this is what the main sign says. 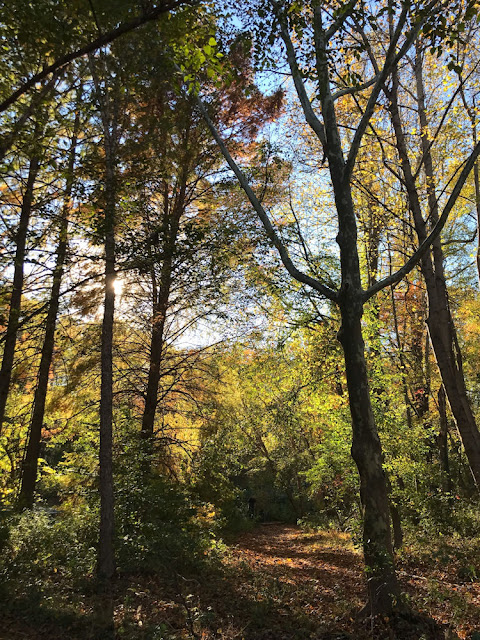 "Virginia is home to many different wetlands.  Here at Lake Lena you will find plants found in a wetland setting.  Wetlands are very important to wildlife and provide a high diversity of plants.  Notice how some plants grow just on the margin of the lake, while other plants grow entirely in the water.  You may see many different frogs, fish, snakes, turtles and birds in this area.  The brown water snake nests here and gives birth to live young.  They are often confused with the venomous water moccasin because both snakes are skillful swimmers and live in similar habitats.  However, the water moccasin does not live in northern Virginia. 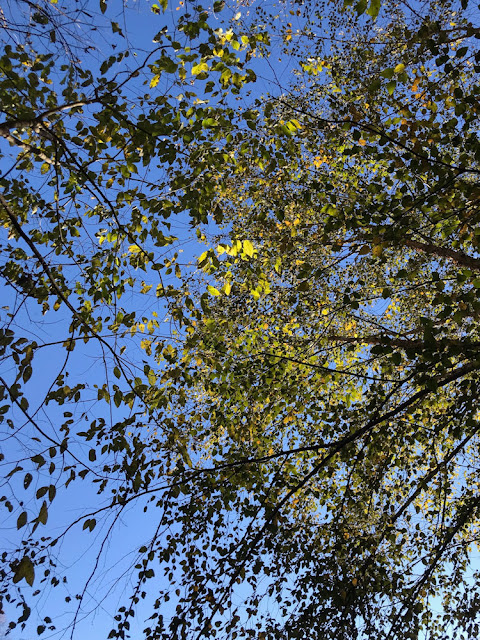 Many trees and shrubs growing here are native to southeastern Virginia near the Great Dismal Swamp and First Landing State Park in Virginia Beach.  These wetland forests have many species that are found only in the most southern parts of Virginia. Perhaps unique among these is Spanish Moss, a member of the pineapple family." 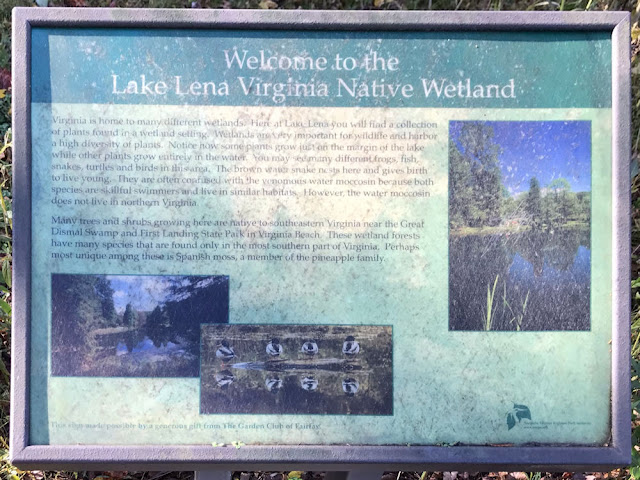 Next, the Bald Cypress. 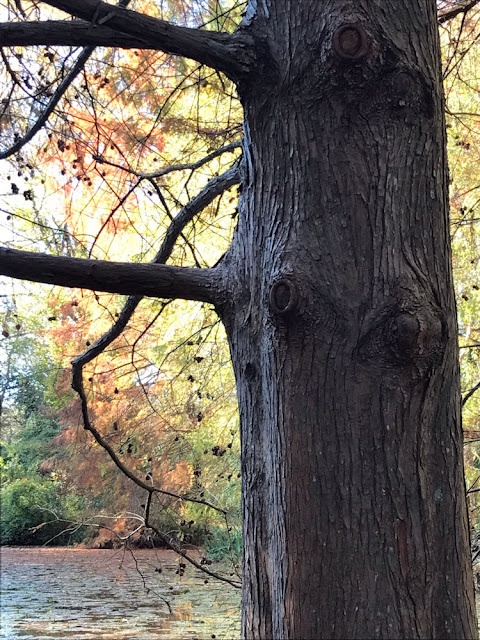 There are 14 specimens of cypress trees found around the world but only three grow in the United States. The bald cypress is prevalent in the Atlantic and Gulf coastal plains spanning from Texas to Delaware and as far north as the southern tip of Illinois. They are well-adapted to wet conditions along riverbanks and swamps. They are also found in dry areas and are frequently planted as ornamental trees.  Although many conifers are evergreen, bald cypress trees are deciduous conifers that shed their needlelike leaves in the fall. In fact, they get the name “bald” cypress because they drop their leaves so early in the season. 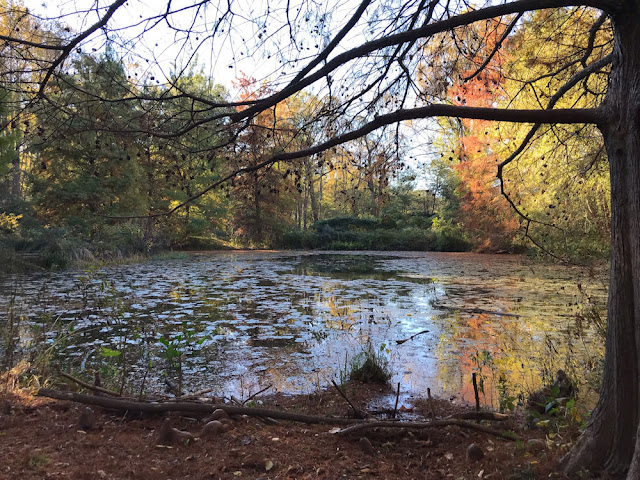 If you look at the fallen branch in the foreground of the above photo,  there are bumps growing out of the ground.  These are called Cypress Knees.  Their function is unknown but they are generally seen on trees growing in swampy areas.  Some have thought they might help to aerate the tree roots, create a barrier to catch sediment and reduce erosion, assist in anchoring the tree in the soft and muddy soil. 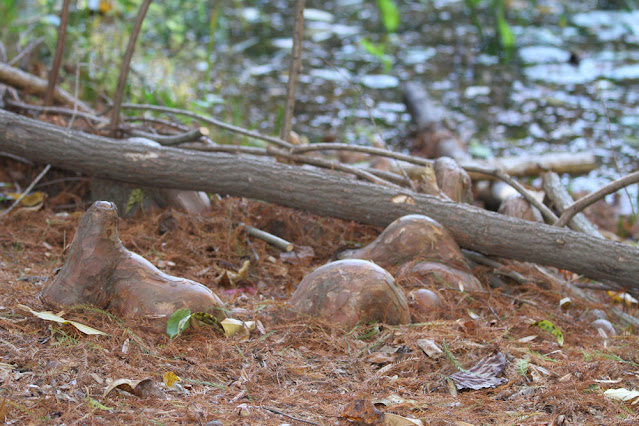 Another more likely function is that of structural buttressed support and stabilization.  Lowland or swamp-grown cypresses found in flooded or flood-prone areas tend to be buttressed and "kneed", as opposed to cypresses grown on higher ground, which may grow with very little taper.  As my Dear Other Half just said, "Mother Nature takes into account their environment and they adapt accordingly", as with all things in nature. 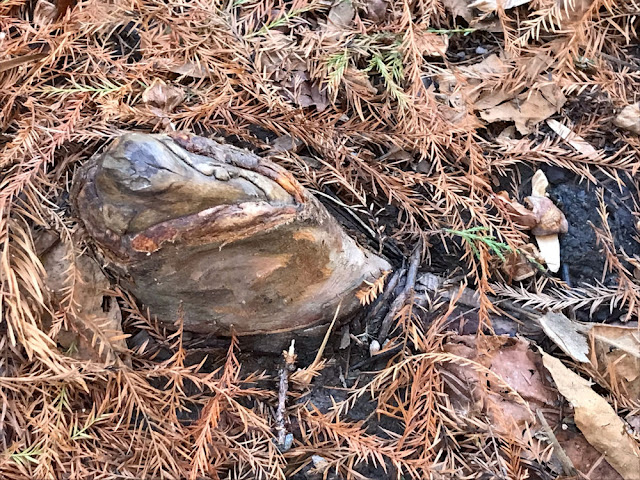 Cypress wood has been highly valued through the centuries. Its longevity and resistance to rot have made it a sought-after material. Giant canoes and water pipes were some of the things people constructed with this wood in the 1700s. Later, it was used to make roofing shingles, railroad ties, ladders, fence posts and siding for homes. Today, cypress is still harvested and more than 50 percent is used as lumber while about 47 percent is chipped and sold as mulch. 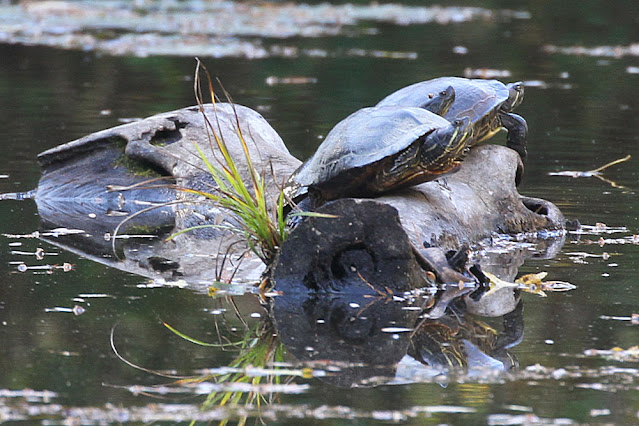 I am not sure what species of turtle these are, but I found an interesting website of various kinds found in Virginia. 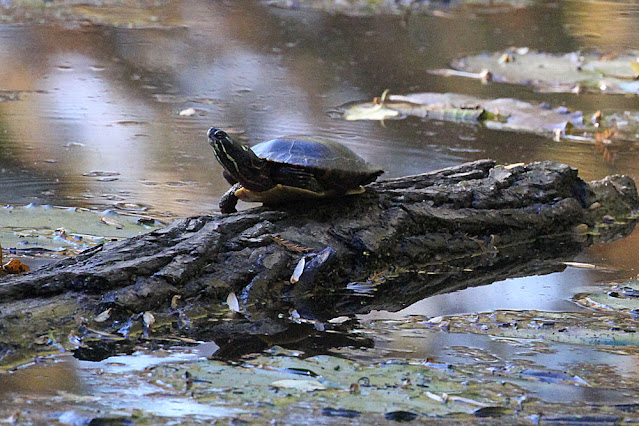 I expect by this time (as I am writing this on 11-7-21), the turtles have settled in for the colder months, and we won't be seeing them for a while.  What happens to turtles we see basking on logs or rocks in the sun during spring, summer, and fall?  At body temperatures of about 40 to 50 degrees F, most reptiles become sluggish, stop eating, and seek hiding places to get safely through the winter. But turtles are air-breathing animals with lungs, so can they live out the winter underwater?  If you would like to read more on this subject, there is a link here.  I always look forward to seeing them when it gets warmer. 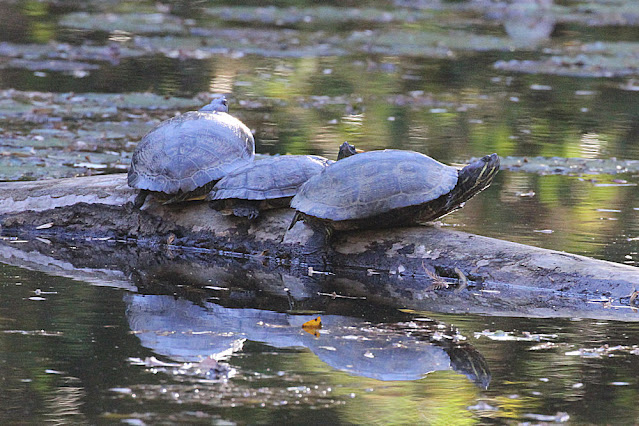 We claim these seats if no one else is using them.  We are lucky most of the time. It is where we sit for a while and take in the scenery.  If you want to sooth your soul as that lovely old saying goes, this is the place to do it. 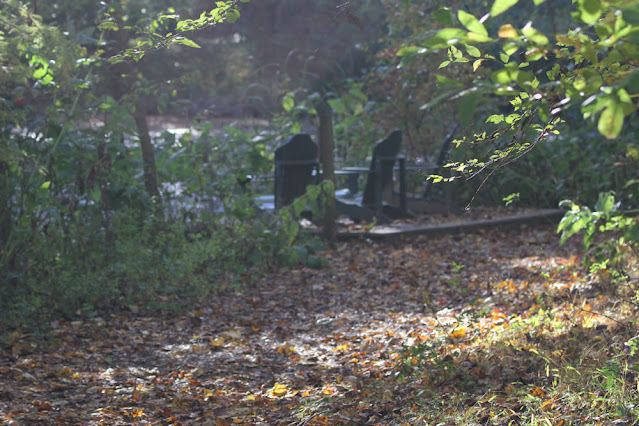 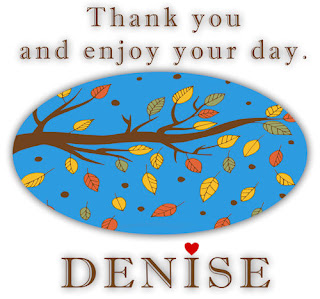 Posted by DeniseinVA at 4:18 AM