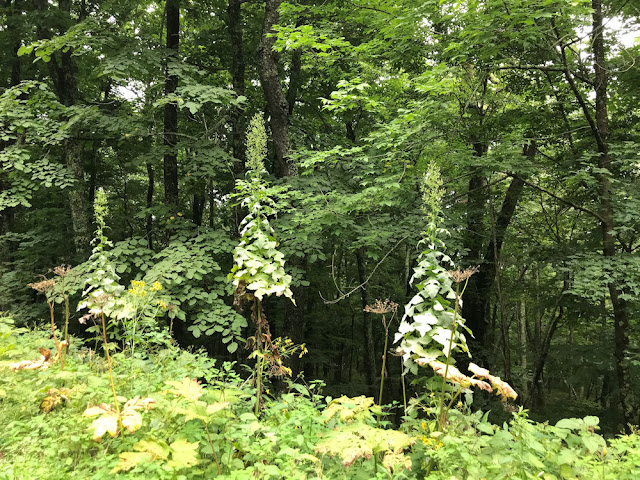 These were very tall and I have never noticed them before on our drives here.  It can grow from 2 to 7 feet, is a biennial herb and blooms in summer and fall.  Also a species of wild lettuce and technically related to what we think of as lettuce, but that does not mean that tall blue lettuce is edible. 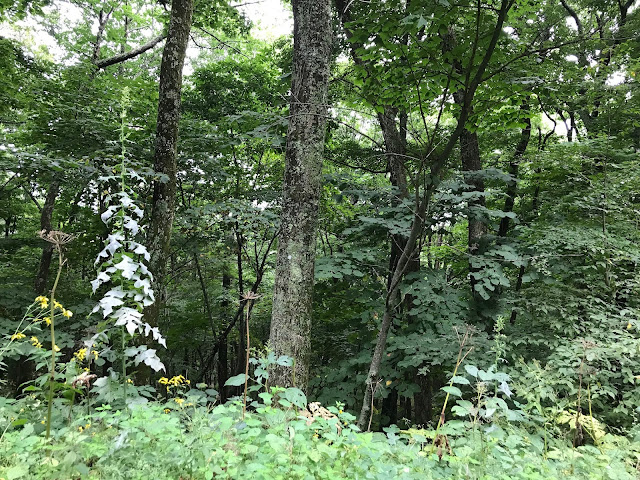 Tall blue lettuce grows across the United States and Canada, including Alaska and is a common weed. 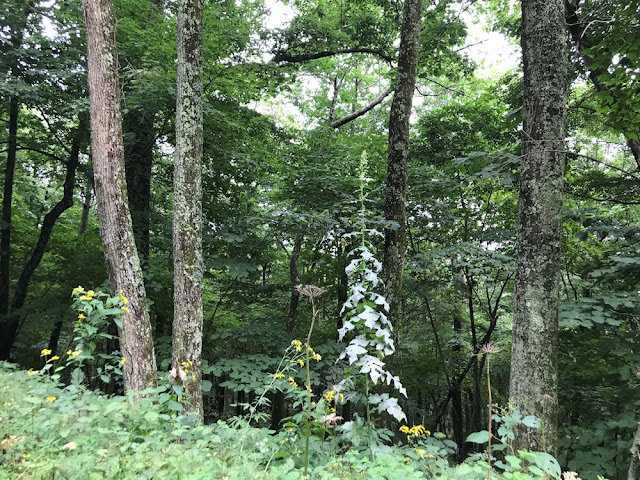 The following pretty flower is the Spotted knapweed (botanical name Centaurea stoebe).  It also goes by the name Panicled knapweed, a native to Asia and Europe and was introduced here in the 1890s.  Considered an invasive plant. 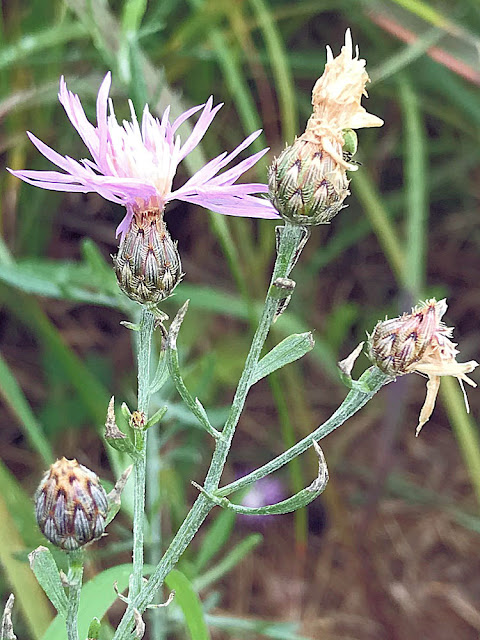 A Common Eastern bumblebee is enjoying the same flower below. 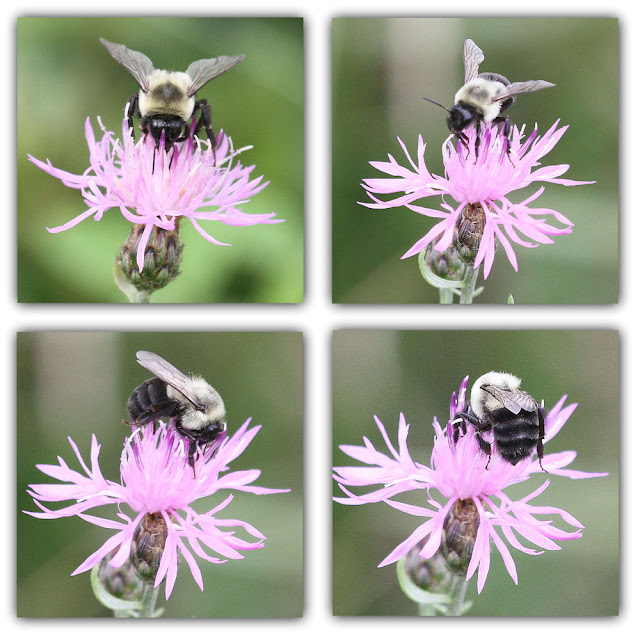 The following is called the Bladder campion (botanical name Silene vularis), and its other names are Cowbell and Maiden's tears.  It blooms in spring, summer and autumn and is  native to Europe. 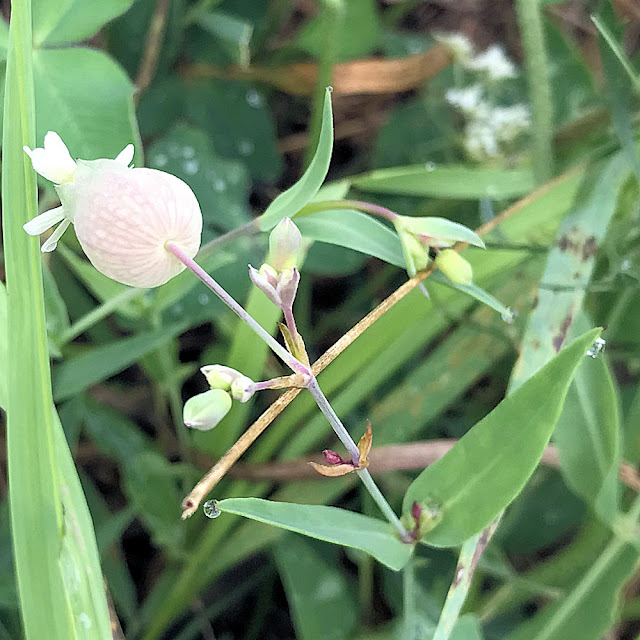 This pretty Eastern black swallowtail is enjoying the nectar from a Field thistle (botanical name Cirsium discolor).  It is an American native, biennial or perennial herb that can grow up to 7 feet tall.  An important food source for bees and butterflies.  The young leaves and stems can be boiled and served as edible greens, according to my plant app. 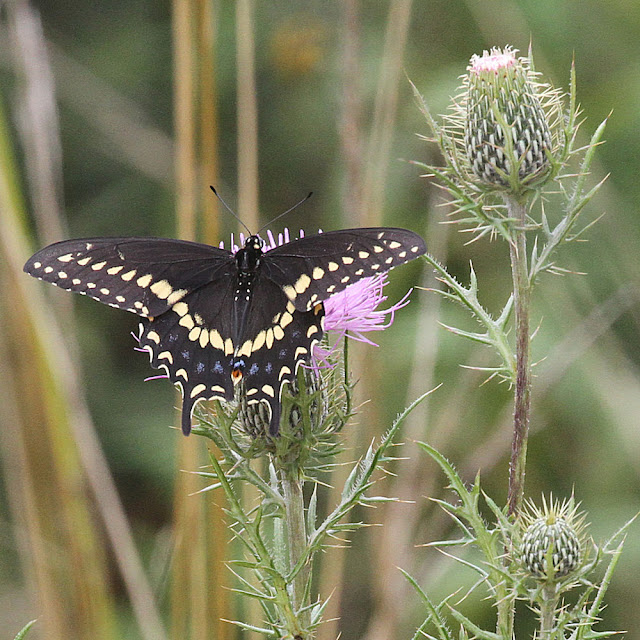 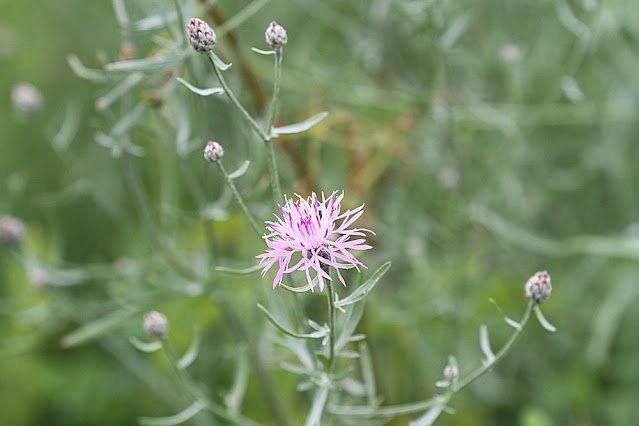 I found a Ladybug on a Milkweed pod.  I recently learned that the name "ladybug" was coined by European farmers who prayed to the Virgin Mary when pests began eating their crops.  After ladybugs came and wiped out the invading insects, the farmers named them "beetle of Our lady."  This eventually was shortened to "lady beetle" and "ladybug".  There is another very interesting and similar story in America regarding seagulls and locusts, which you can read about here. 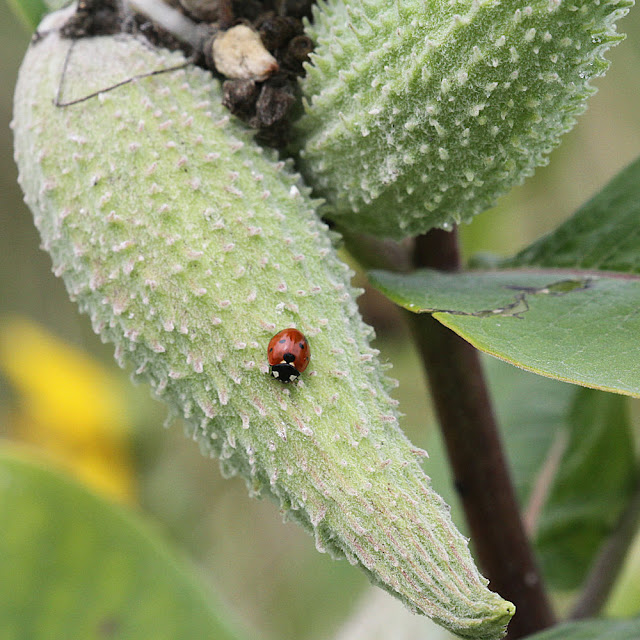 NASA even sent a few ladybugs into space with aphids, to see how aphids would escape in zero gravity. I found that information and more at the National Geographic facts page for kids here. 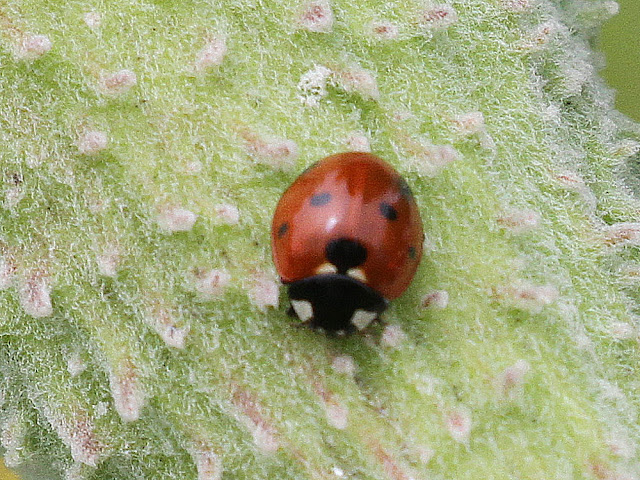 These yellow flowers, a little past their prime, are False sunflowers (botanical name Heliopsis helianthoides).  It's other names are Oxeye sunflower, Smooth oxeye and Early sunflower.  It is a perennial and native to eastern and central North America. 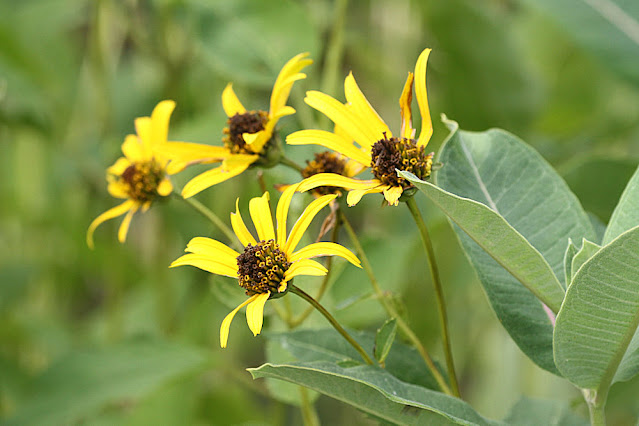 A standoff of sorts. 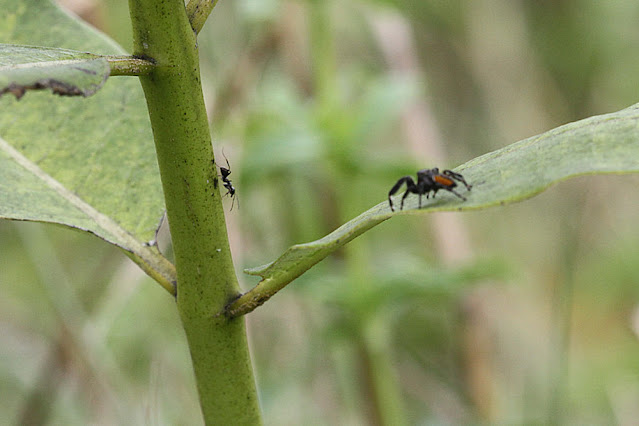 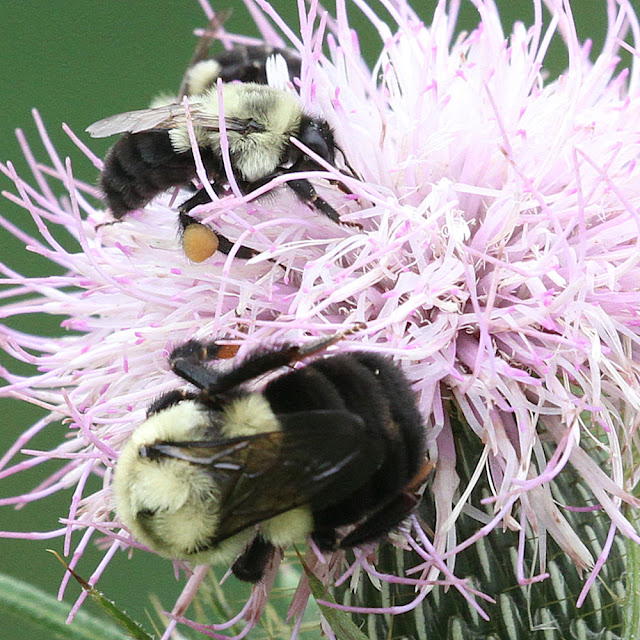 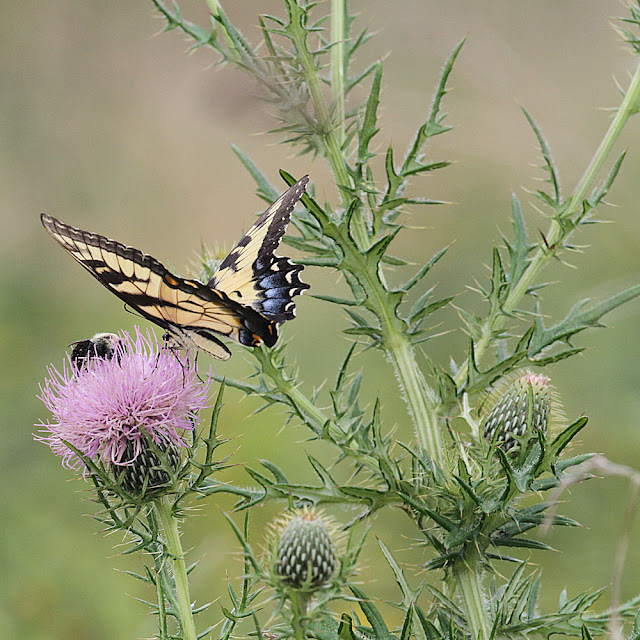 The Tiger swallowtail butterfly is found from southern Florida to Vermont, to as far as the Great Plains and eastern Texas.  A native species of Alabama, North Carolina, South Carolina, Virginia and Georgia. 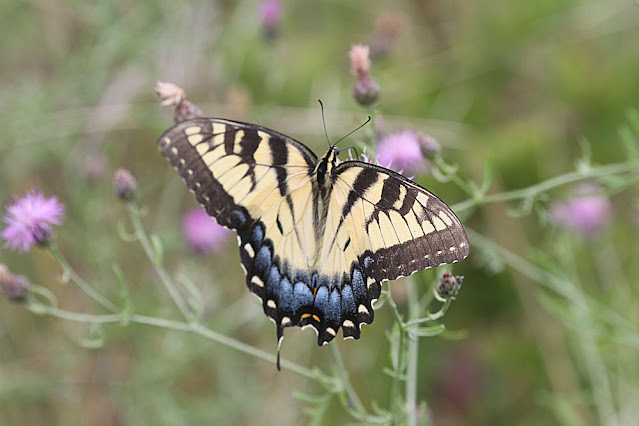 This is all for now.  There will be other photos from Skyline Drive sometime.  Not sure when I will post them, but I hope you have enjoyed our latest trip.  It's a place we love and enjoy going back to often.