We have been doing some spring cleaning in the garage, and I came across another box with old photos, postcards and letters from my parents.  We slowed down some after that, and started reading and looking at old photos.  And so it goes.

I am sharing this one today.  It was written on the 19th of October, 1989 and its description reads, "Bridgenorth Low Town from the bank of the River  Severn in 1985."  The artist's name is Davron.

It was in my Dad's handwriting, which was a nice surprise as Mum did almost all of the letters and postcards.  She loved to write both and we wrote to each other at least once a week for many years in between phone calls.  I had been married almost 14 years, and living in the States for as long. The address showed that we were in San Diego, California. 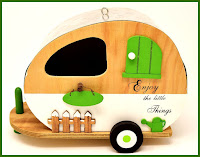 They purchased a permanently fixed caravan on a site not too far away from the town.  They lived in South Devon and would drive up staying in the caravan sometimes for a weekend, sometimes longer.  They had family and friends who lived nearby and used to enjoy a busy social life. 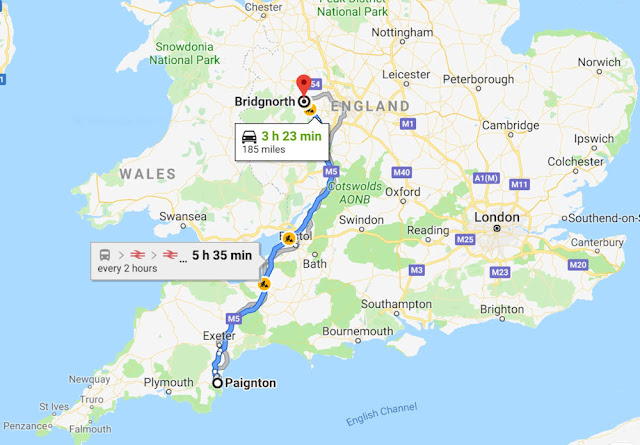 Dad wrote that they had arrived the day before, and that the weather was good, and at 10.30 a.m. the sun was shining.  He also mentioned the earthquake they saw on the news in San Francisco, and hoped that everyone was okay.

An aunt and uncle were going to be visiting them for the weekend. This would be one of my Mum's brothers.  They had also visited us here in the States with Mum and Dad, and we have some wonderful memories of those times.

Dad ended the postcard by saying they often enjoyed stopping for a cup of tea just to the right of the picture.  Mum and Dad loved their cuppa's.

A nice little blast from the past.  There are loads of letters I have to reread, and will enjoy doing that with my own cup of tea this week.  I will do my best to continue spring cleaning also, but those letters are calling to me now, and so it goes.