I am happy that the Gray Catbird has decided to drop in.  I haven't seen one since last year.  It particularly likes the suet feeder.  It took her a little while to get used to it. 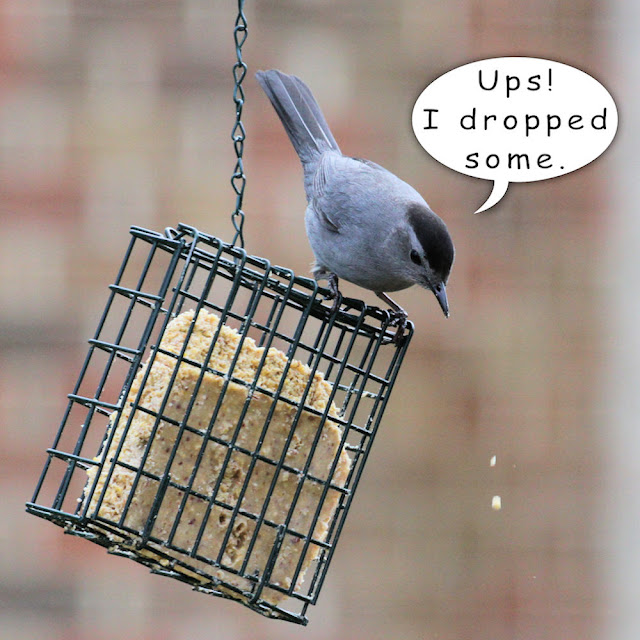 One of the interesting facts about the Gray Catbird is that while other birds are tricked by the Brown-headed cowbird who drops its own egg into another bird's nest, the Catbird isn't so easily fooled.  It is able to recognize its own eggs by memorizing the first one it lays, and then will toss any non-matching egg out of the nest.

Catbirds are native to most of temperate North America, east of the Rocky Mountains.  They migrate to the southeastern United States, Mexico, Central America and the Caribbean in winter.  Except for the occasional vagrant they always stay east of the American Cordillera.  (The Cordillera is a complex region with three distinct mountain ranges: the Rocky Mountains in the east, the Coast Range (California Borderland) and Klamath Mountains on the west, and the Sierra Nevada and Cascade Mountain ranges just inland from the west.)

Yes, I am indeed very happy the Catbird is back again, and also I am very happy you dropped in for a visit.

Thanks so much and I hope your Saturday is a great one.