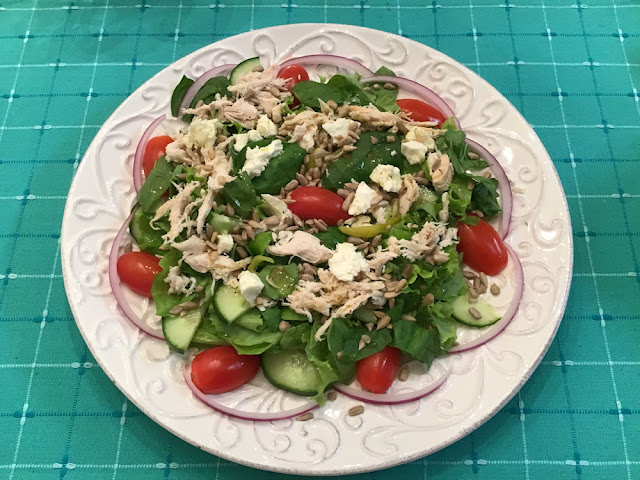 When I found this week’s recipe at "Eating Well", I had been looking for a nice, healthy salad.  I was drawn to the title immediately.  You can see the original here. 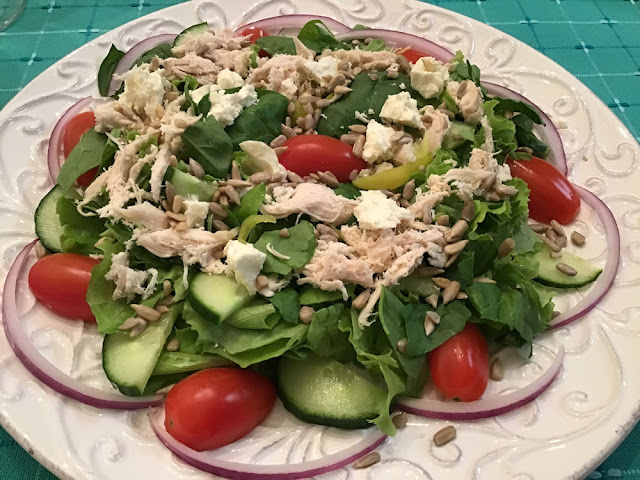 This was a winning salad.  There were a few changes but not many as we thoroughly enjoyed the combination of flavors.

I have never liked a lot of dressing on salads. Instead of mixing it with everything, I drizzled about a tablespoon on top of mine.  My dear other half put the dressing together earlier, and after having a bit of a taste, he decided he preferred his regular commercial Blue Cheese.  He thought the dressing was a bit bland.  I was tempted but decided to stick with the recipe.  One of his suggestions was to add a little hot sauce; sounded good.  However, when I tasted my salad with the usual drizzle over the top, I thought it was perfect without any additions.  You have to mix it up really well, and maybe the fact that it had a chance to age a couple of hours in the fridge helped.  I am no expert but if you try the dressing, you be your own judge and test taste as you go along.  I just know I enjoyed it and will be making it again for next time.

I am not a big fan of pepperoncini.  Ours came already marinated and sliced in a jar.  It was way too vinegary for my taste but for my dear, the more vinegary the better.  I have said it before, it would be a boring old world if we all liked the same things.  With the pepperoncini I put 4 pieces on my salad and I hardly tasted them with all the other ingredients.  I detected a tiny added flavor, and it worked.

We both said after finishing, that it was a great salad and definitely in the 'make-again' category.

I used a rotisserie chicken and there was enough not only for this recipe, but leftovers for another two meals. I suggested we use it for sandwiches or make it into a chicken salad or have the same as we did today.  We will decide tomorrow.

The chicken can be left off if you want to go vegetarian.

We had a bottle of Prosecco that has been staring at us in the fridge for a while.  We opened it and each had a glass.  It was a nice pairing but neither of us had eaten a lot that day and we were definitely feeling a little 'glowy' after a few sips.  We were surprised and stopped at one small glass.  I think it will be an early night.  Party people we are not! 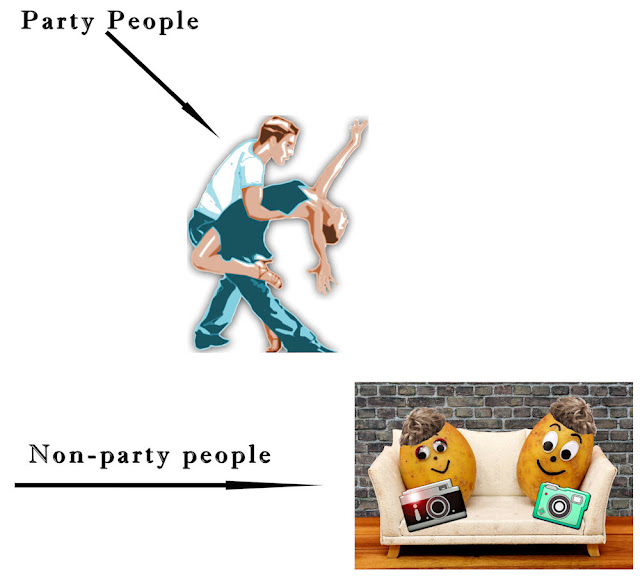 My reviews may seem a bit wordy, but I add them to help us the next time we repeat a recipe.  Hopefully they will encourage you with your own ideas also.