This is another post from my old blog that I closed several years ago.  As I am still not able to go too far, I thought it would be a good time to transfer our travels, or others, to this one.   I intend to do this several times for as many months as it takes, as I want to get everything on one blog, travels and all.
Charlie and Cora's visitor 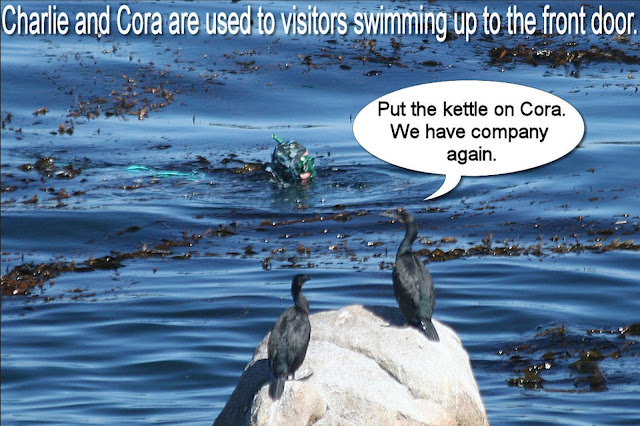 At which Cora said, "Times have changed Charlie, how about YOU putting the kettle on."  And yes I am smiling. 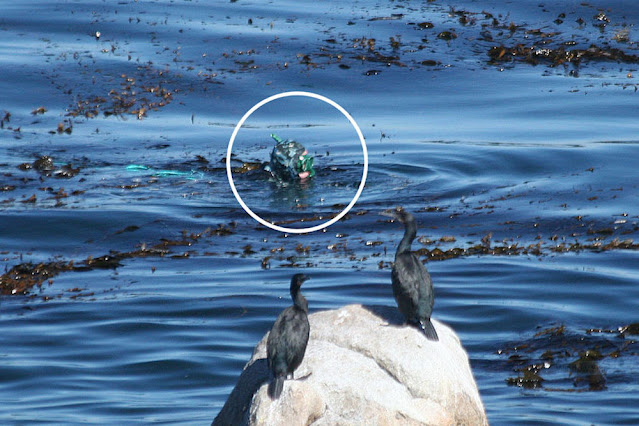 We visited Monterey in October 2009, and several years before that, hubby was going to the Navy Postgraduate School.  We lived in Monterey for a couple of years, when our son was three years old, and to say we loved it is an understatement.  If we had had the chance, this was one of the places we would have decided to live permanently, but there are many forks in life's highway aren't there?  We feel blessed we had this wonderful opportunity and have visited two or three times since.  The aquarium was a favorite.  We had yearly passes when we lived there, and visited often. 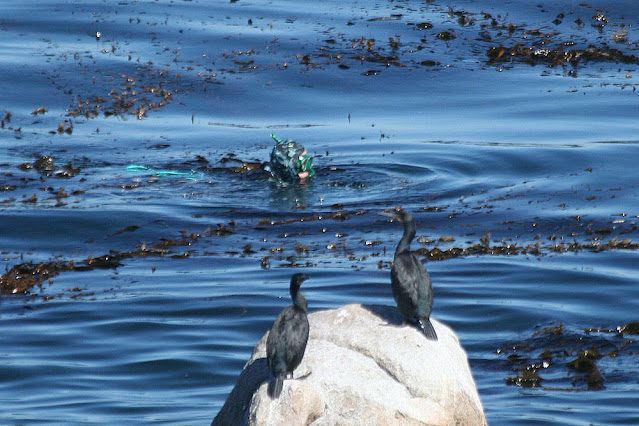 On this occasion when we were touring the aquarium in 2009, we made our way to their outside observation deck.  It has an incredible view looking across the bay and there was a lot of activity going on. The ever-present Cormorants were sitting on the rocks, and we saw a man snorkeling nearby. At the time I thought perhaps the man was on the staff at the aquarium, checking things out.  From our angle it seemed that Charlie and Cora were very interested in what he was doing. 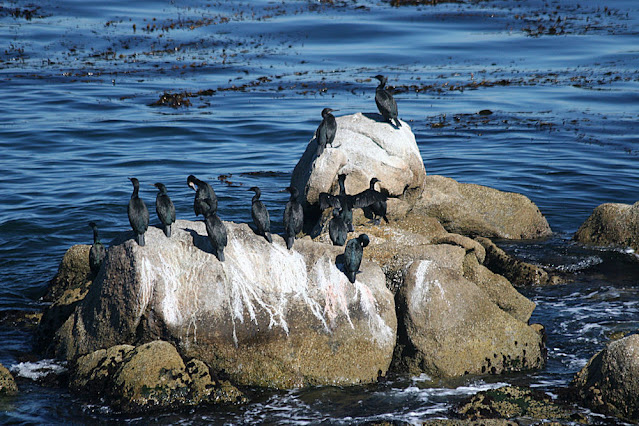 If you enlarge the photo below, you will see that a curious seal has joined in, top right. The red float is attached to the man in the water who is out of sight for the moment. 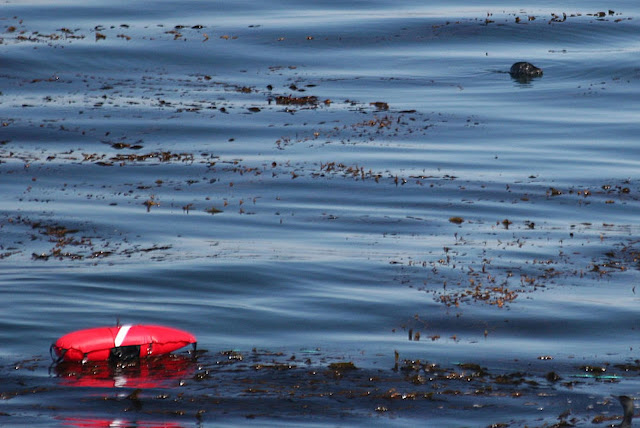 Same photo, but I circled the seal. 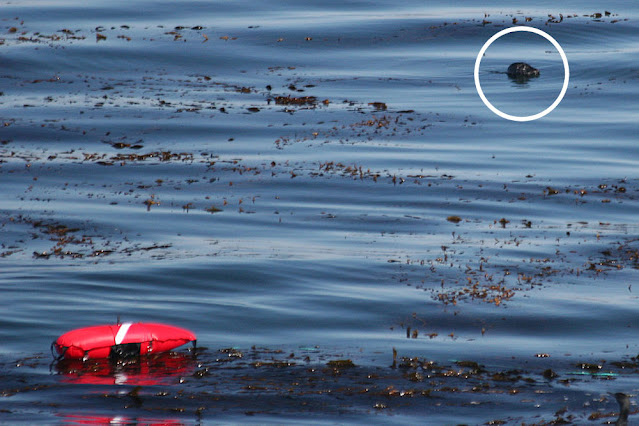 I would dearly have enjoyed having a conversation with the diver to see what he was doing, but maybe he was just having fun.  Or perhaps he was collecting shellfish, mussels, clams?  Who knows! 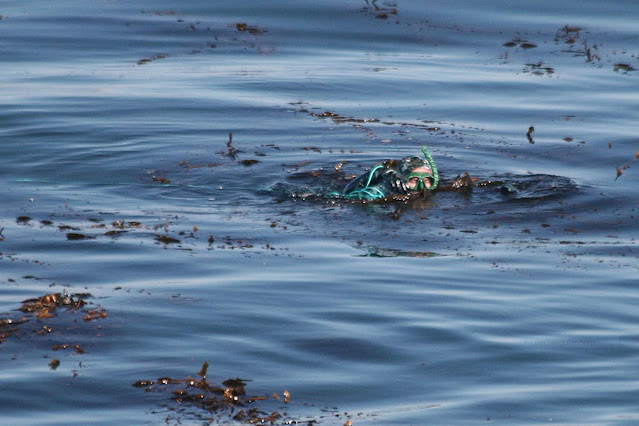 He swam off shortly afterwards and we left to tour the rest of the aquarium. 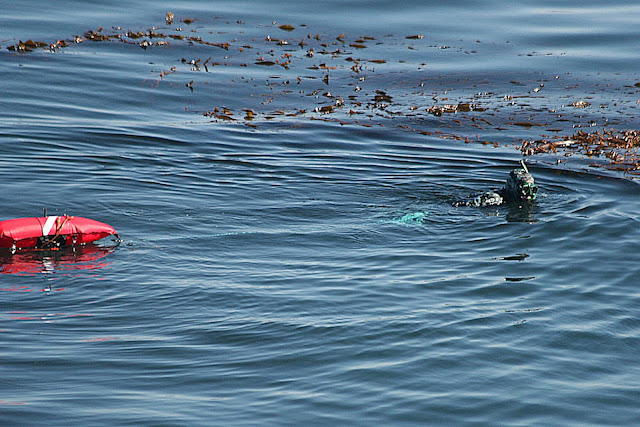 Added note:  everything seen floating in the water is actually part of the kelp forest.  You can read about it at this link.