"I should have taken it inside!" said I forlornly to my Dear Other Half.  My owl seedball disappeared overnight! I have been staring at that sweet little seedball from my son and daughter-in-law for a a while now.  It's been inside a cupboard where I keep my coffee, and I bring it out now and again, look at it fondly - I became attached - and put it back inside the cupboard in its special spot.  Then it snowed and I felt it was time to put it outside for what it was intended for, the birds.

When I saw it was gone the next morning, I think my mouth dropped open and my eyes rolled to the ceiling. Gregg said it must have been the squirrel.  I wasn't convinced and I said yes, possibly, but it was so strange because I had seen the squirrels looking up at both the hanging feeder and the owl, weighing strategies no doubt.  It seemed to me that the pole was too high, and would have been difficult to climb. Our trees that were cut down provided a freeway for them, as they bounced down on the branches at a helter-skelter pace and jumped onto the top of the old hanger.  No freeway for them any more. The birds were all of a twitter! What could have happened?" they twittered. 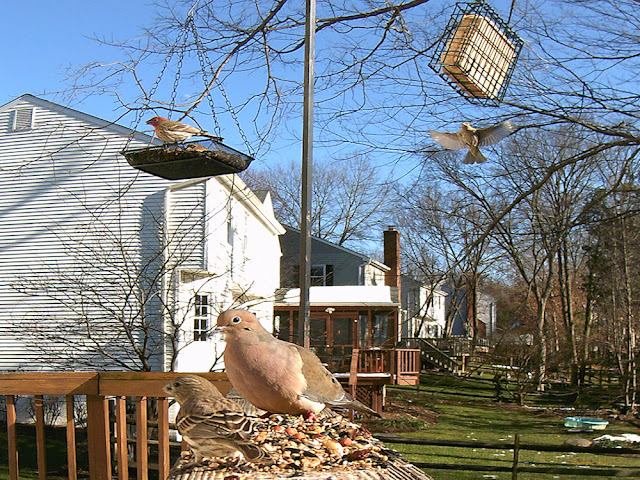 This is what I saw going through the squirrel's head.  "Nope, I can't steal it and besides, that lady is too nice.  She immediately brings out a pile of seeds when she sees me looking at her.  I have her well trained!  Pavlov's Dog could have taken a few tips from me." 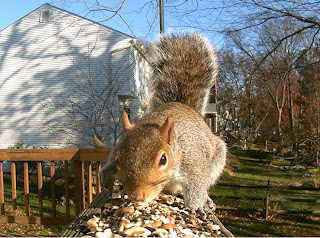 I speak squirrel don't you know?
Well, okay, I wish I could speak squirrel, but more importantly I wish I had taken that sweet little owl inside.  It actually crossed my mind that because it was shaped like an owl's head, the squirrel would have stayed well away.  Not really but yes, Polly Anna and I have a lot in common. I should have taken it inside that night.  Have I said that already? 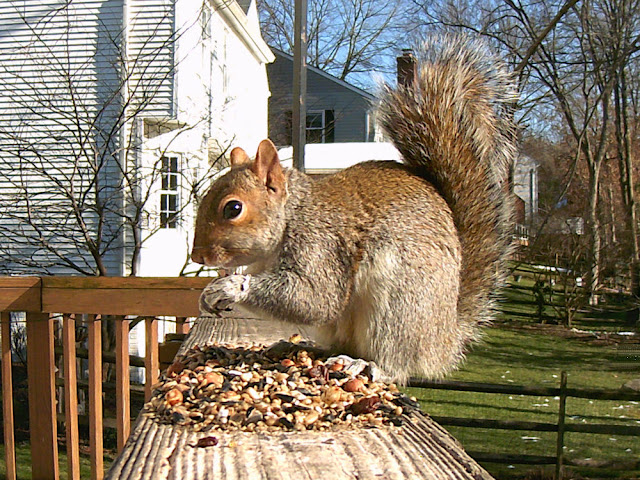 Possible Perpetrator No. 1!  Maybe, but I had my doubts and told my Dear Other Half exactly that.   Look at that face?  Butter wouldn't melt in that mouth!  Gregg said you'd better take the suet hanger down too, but I told him I had that firmly attached to the hanger.  The hook was a tight fit and even I had a hard time trying to remove it.  No, the suet feeder stays, and I also decided on leaving the hanging feeder.  That was a bit of an iffy decision, but I was tired and my brain was making rash decisions.  "Stay away from it buddy!"  "I'm not going anywhere near it." said he! 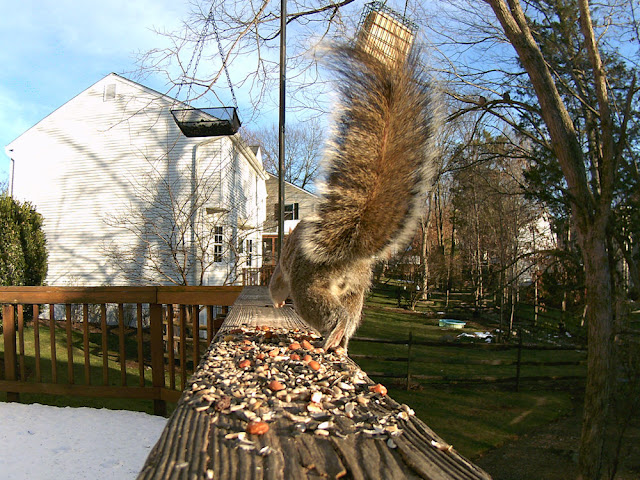 I put the bird cam out again.  I had taken it inside the night before, to download three days worth of photos and there was no record of what happened. This night I was taking no chances.  Just after midnight I put my boots on and made my way carefully across the snow, secured the camera, went inside and then went off to bed.  I had quite a suprise the next day when I checked the memory card. At 2.50 a.m. a ghostly shape appeared to be walking along the far rail.  Possible Perpetrator No. 2?  I will let you know next time who that was.  No proof but lots of circumstantial evidence. 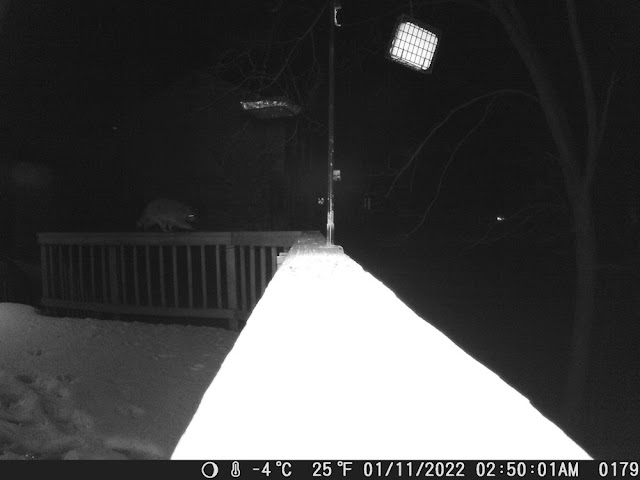 Hmmmm….who likes to watch a lot of crime shows around here?
Thanks for looking and enjoy your day. 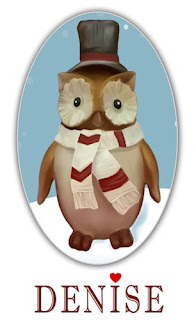