It took a while for the birds to be seen.  I hoped they were all safe under shelter and protected from the snow. 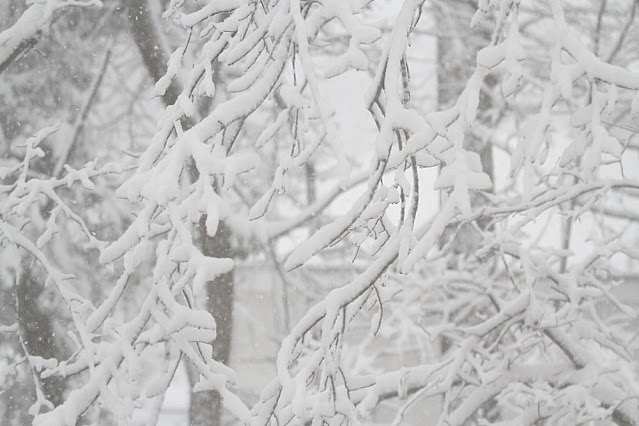 If you have ever wondered where I keep my trail cam (aka bird cam), here it is.  I woke up that morning, took one look and immediately brought it inside to clean and dry it off. 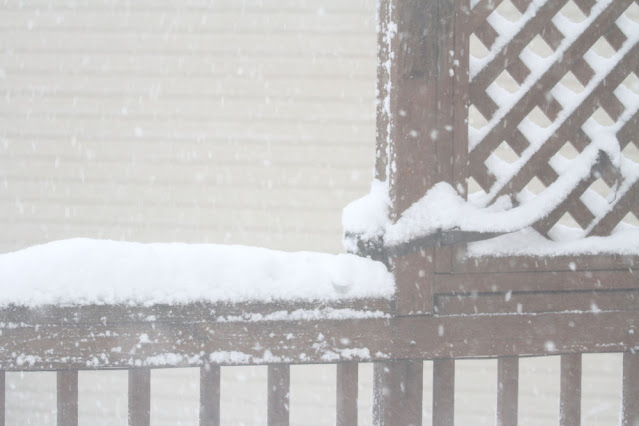 This is how close the squirrels get, taken the day before when the weather wasn't quite so swirly.  At such times, all I get on these pictures is a big, fluffy tail! 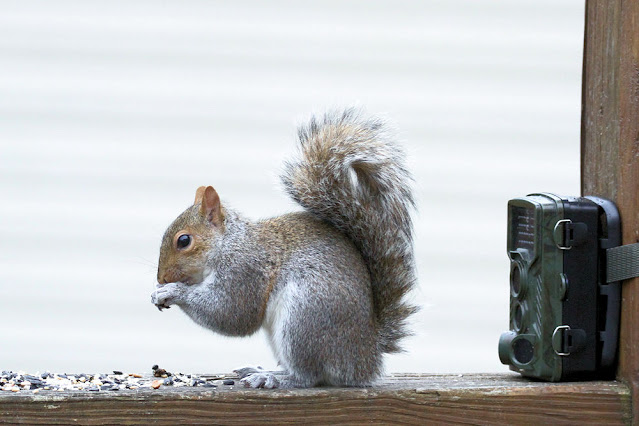 But this day there were no birds - or squirrels - to take photos of.  Just trees! 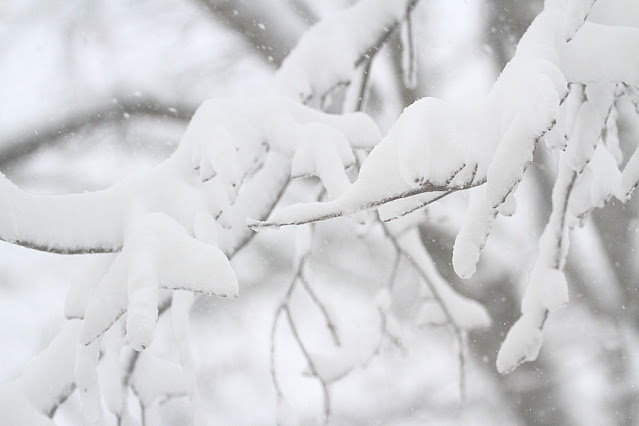 "Snow was falling, so much like stars filling the dark trees, that one could easily imagine its reason for being nothing more than prettiness." 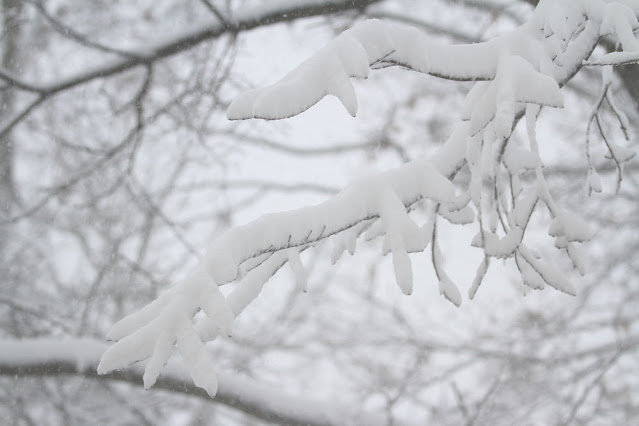 It was still snowing much later when I saw the first Mourning Dove.  The flakes were not as big as they had been. 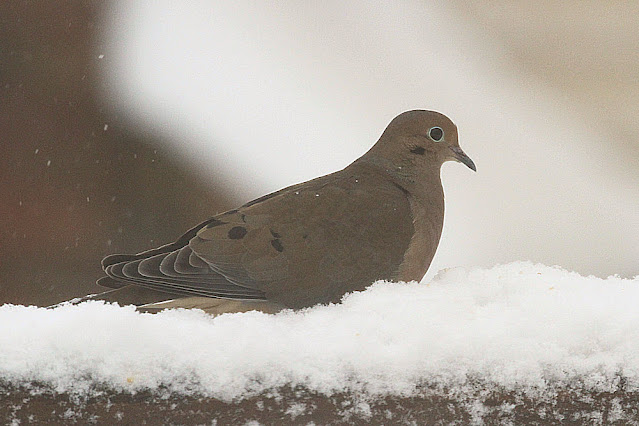 Hard to see what was going on out there for a while! 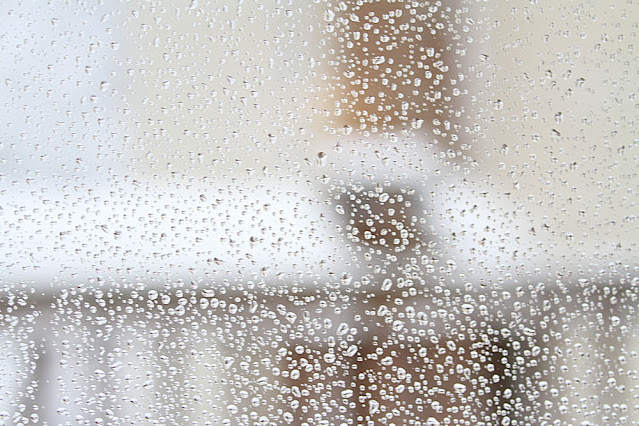 By the next day the sky was a brilliant blue and the sun was shining.  The birds started arriving.  First on the scene was the Dark-eyed Junco, and then two Mourning Doves.

The Dark-eyed Junco was joined by the House Finches and the male Northern Cardinal.

There wasn't too much fussing out there.

They all seemed to get on pretty well and were happy to share. 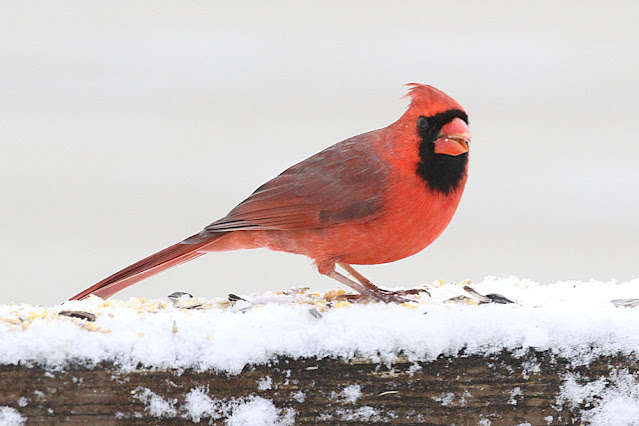 However, the Dark-eyed Junco decided to leave. 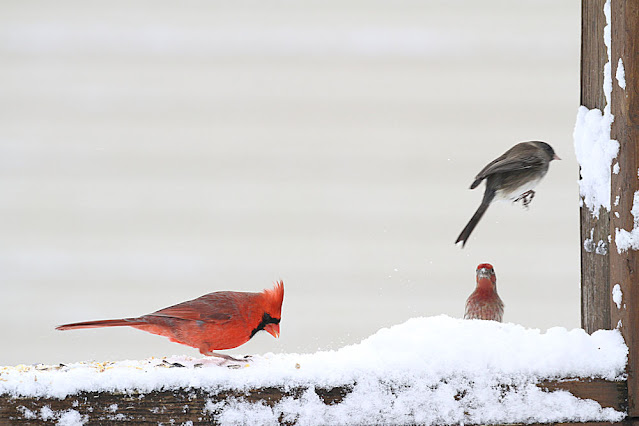 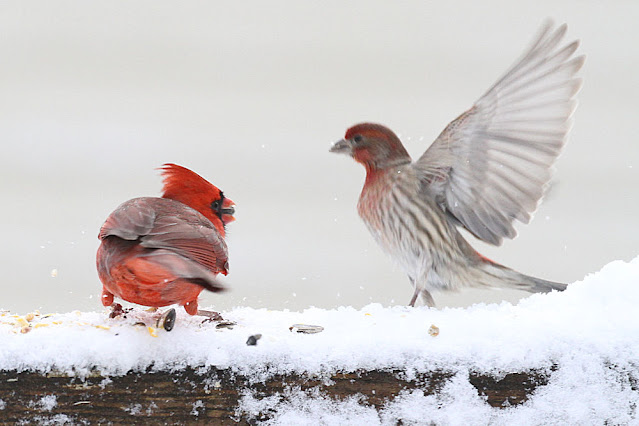 Another Dark-eyed Junco observed from a distance. 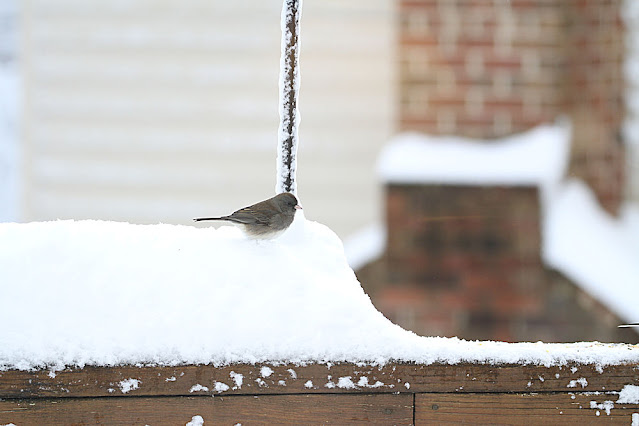 These are the birds who arrive when the cold weather does, and they leave in the spring. 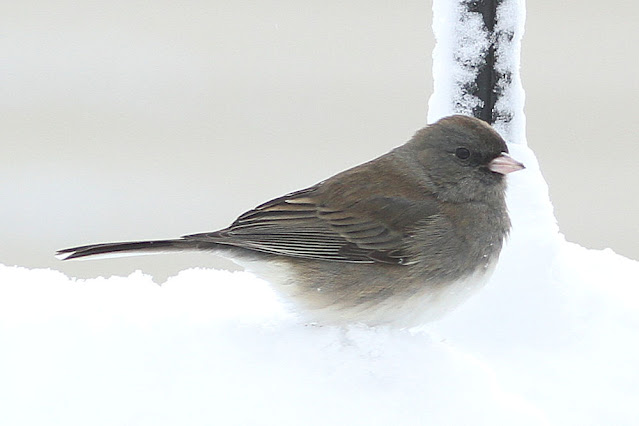 There was a lot of coming and going. 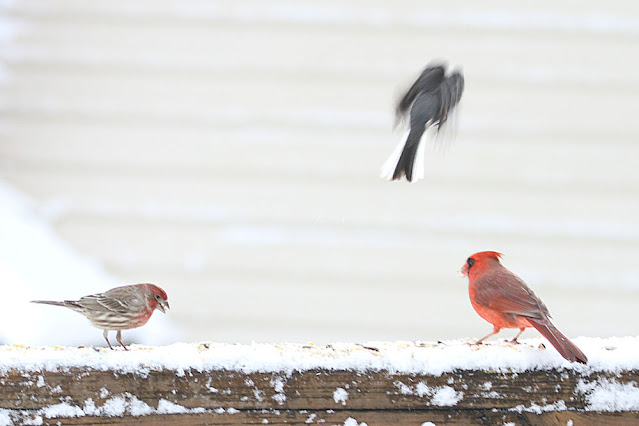 I asked my Dear Other Half if he would pretty please put out this interesting bird.  It is another from our son and daughter-in-law.  I am always delighted with their thoughtful gifts. 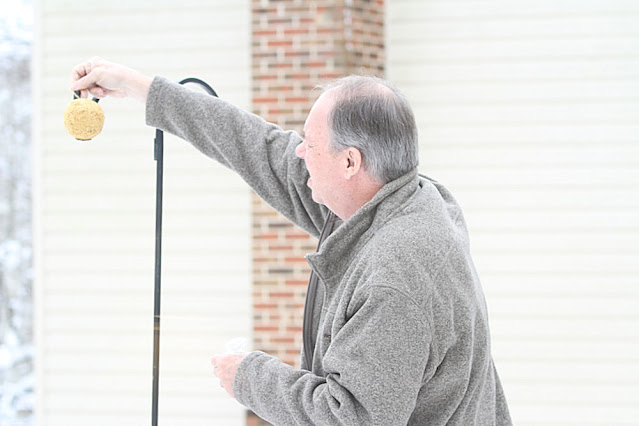 "Nope, not that way, I need to be turned around, for that lady with the camera pointing in your direction." 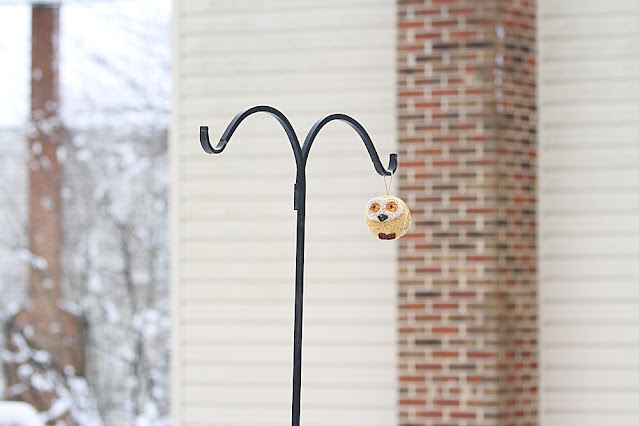 "There you go!"  The Black-capped Chickadee approved, so did the owl and so did the lady with the camera. 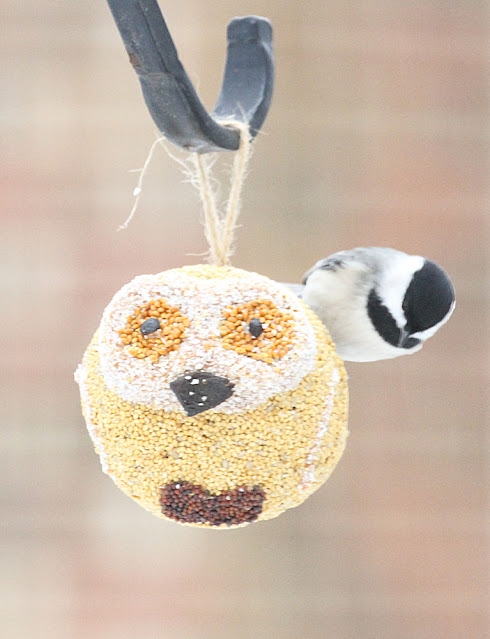 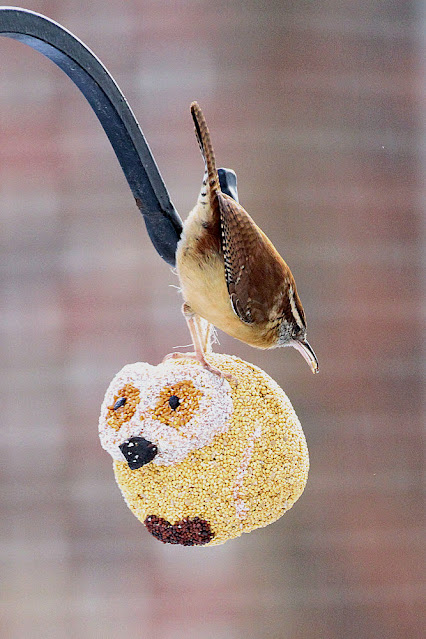 and wanted to know where was all the other seed? 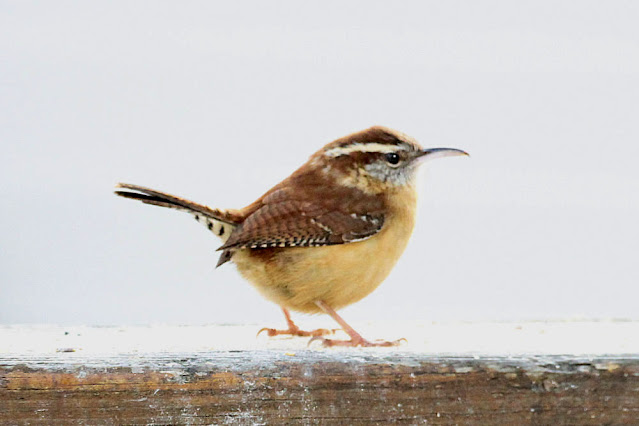 "It's all been eaten? I'm out of here.  See you next time!" said the little wren. 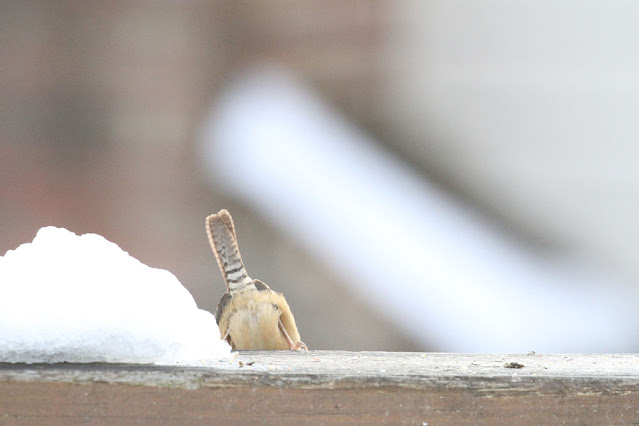 And that's my bird "tail" for today.
Thanks for stopping by and I hope you are keeping safe and warm. 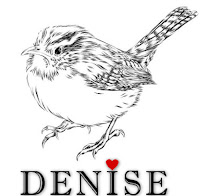