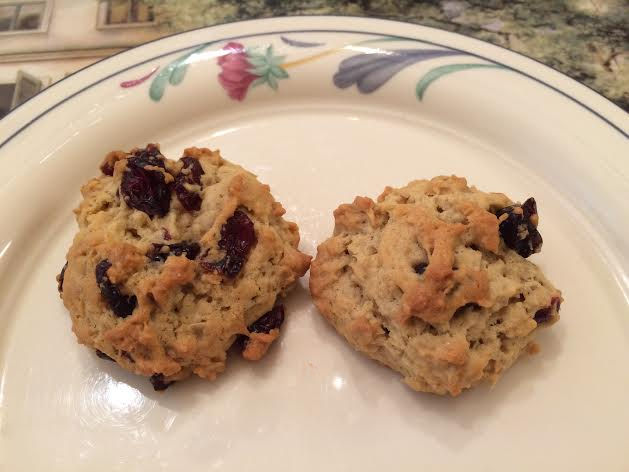 I saw this recipe on the back of a packet of Craisins (Dehydrated Cranberries).  Whether it is still there, I don't know as I saved it back in 2010 and have made them several times since.

Using an electric mixer beat butter or margarine with sugar together in a medium bowl until light and fluffy.

Add to butter mixture in several additions, mixing well after each addition.

Bake 10 to 12 minutes or until golden brown. 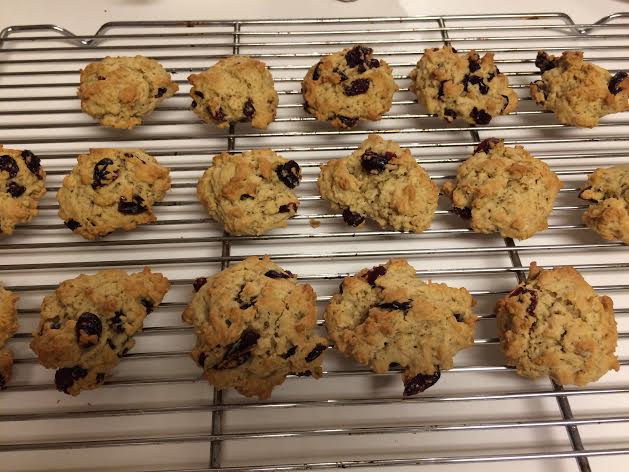 Result?  Very, very nice, especially with a cup of tea.  The first time I made them (as shown in these photos), I didn't actually use any chocolate.  I had everything else in the pantry and didn't want to go to the store just for that one ingredient.  They still tasted great.  We enjoyed them so much I now make them without, but chocolate lovers out there, go for it.
I have also used raisins instead of the Craisins. 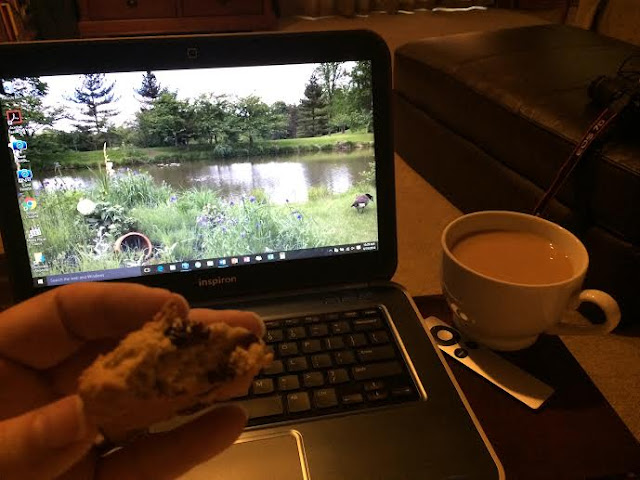 I was careful with my tea (famous last words).  I don't usually put it quite so close to my laptop, just long enough for the photo.  The cup is a double.  There are times when you just have to use the bigger cup. (The photo is an old one taken at Meadowlark Gardens.)
Thanks for looking and enjoy your week! 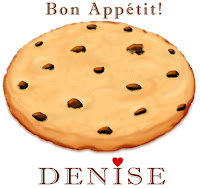