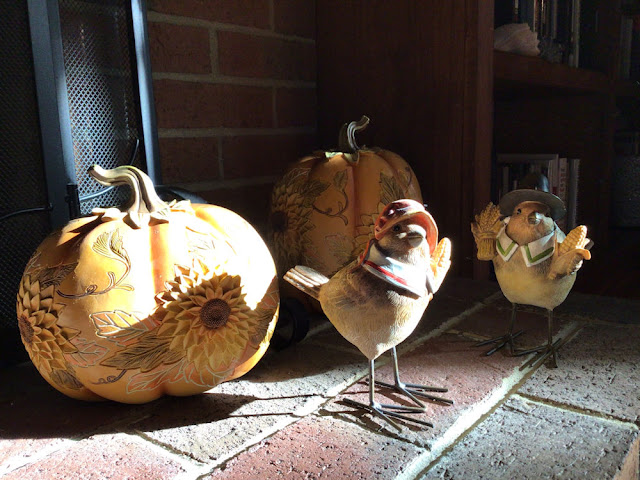 I don't have many decorations for the Fall, but I bought the pumpkins and the birds last year.  Just now the sunlight was bouncing off them and I reached for my iPad.  A photo moment!  I haven't been out too much these last few days and I thought I could share something from the inside of our house. 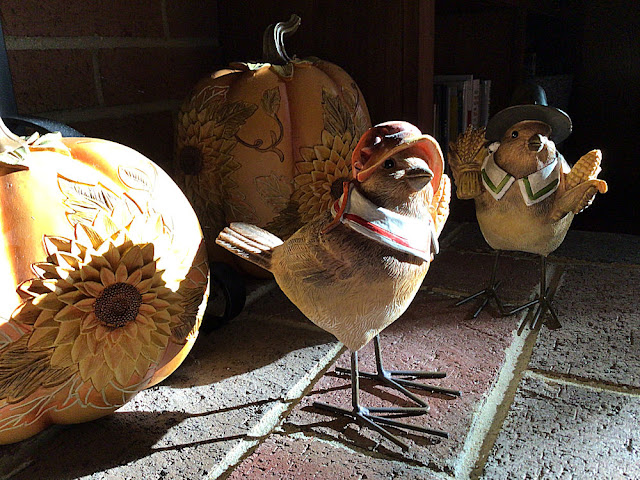 The Pilgrim Birds are a little early as they probably would have been better nearer Thanksgiving. 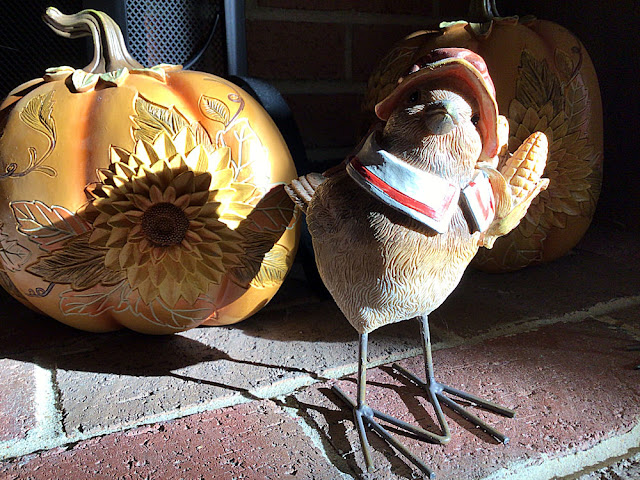 They each are carrying an ear of corn, and Mr. Pilgrim has a sheaf of wheat. 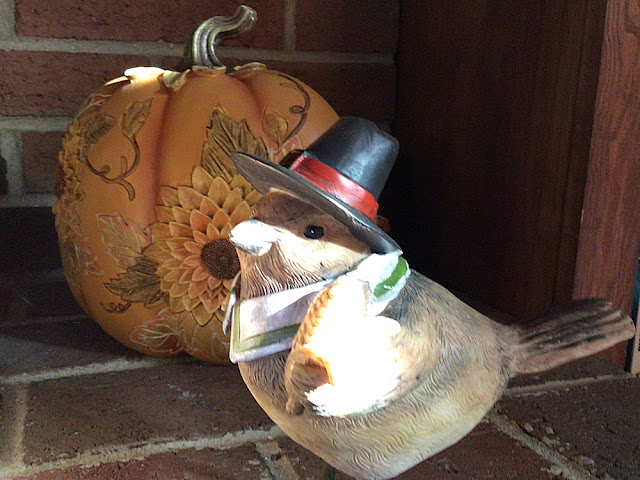 The artist has captured the prettiest expressions on their faces. 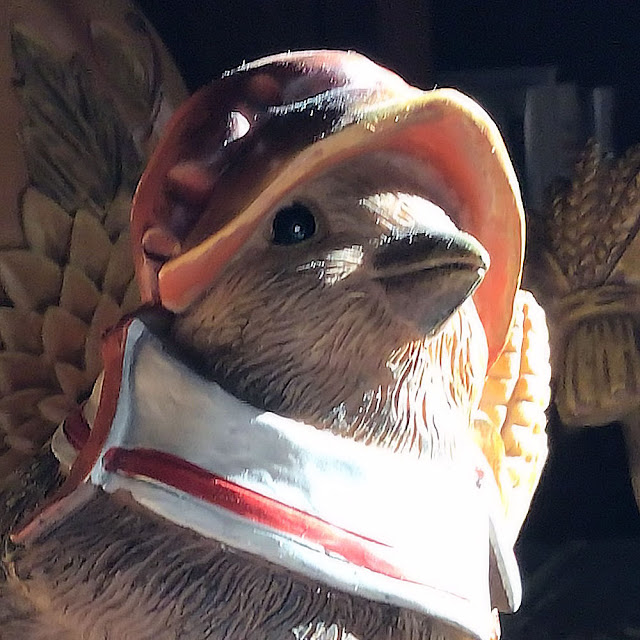 "Excuse the dust", she says.  "I should have dusted my bonnet before the lady took my photo." 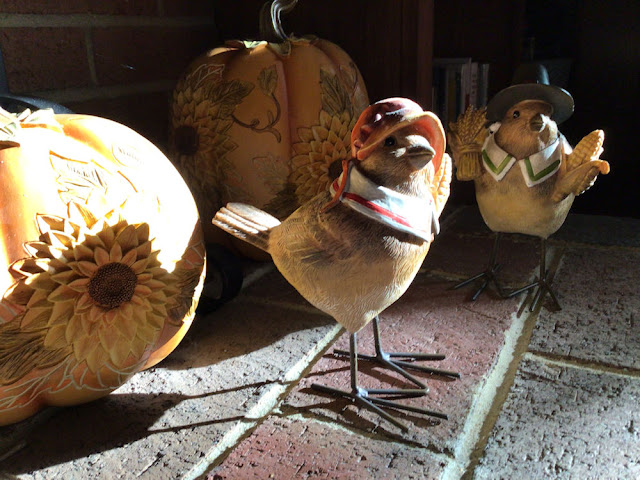 "Ah well,” lady with the iPad" says, "I'll dust later.  The sunshine is calling and I must go." 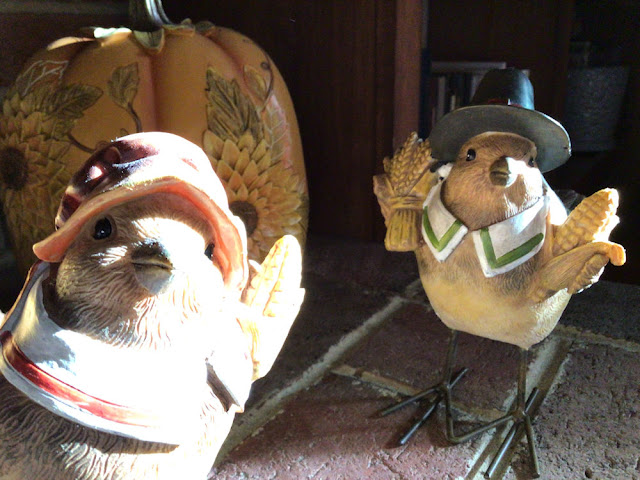 Thanks for stopping by and I hope your day is a very happy one. 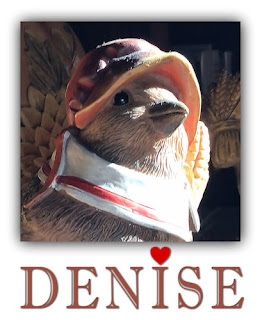