I believe this is a Red-shouldered Hawk.  I am not too good on the differences of these birds, but he is one I saw when in an enclosure with other birds and identified when I first wrote this post. 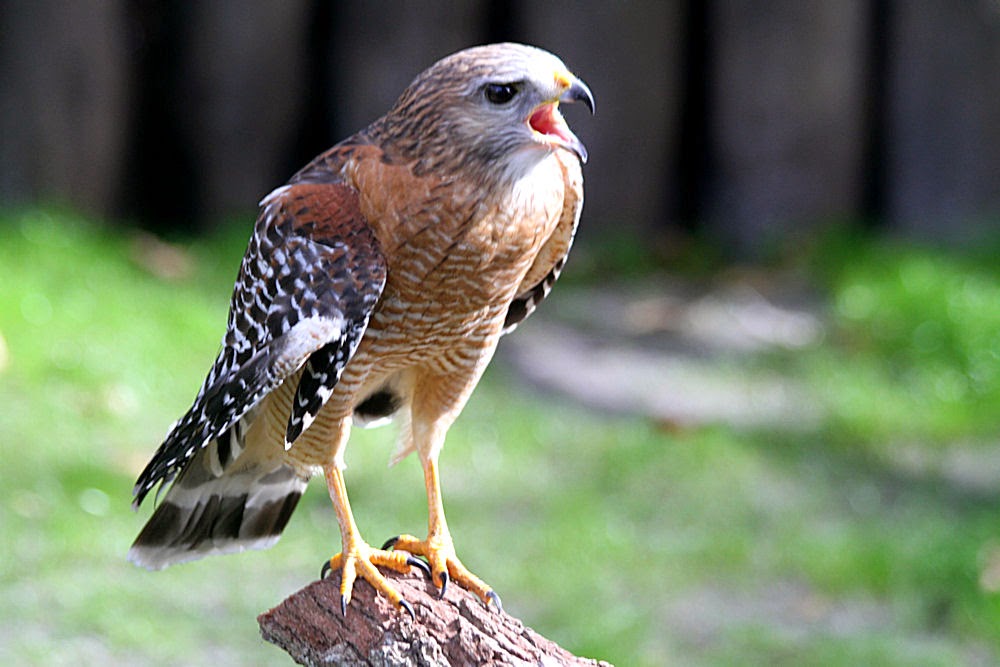 His companions were several other hawks, two beautiful bald eagles and also owls.  All of them had been injured in the wild and were being taken care of by the park until they could be released if possible. 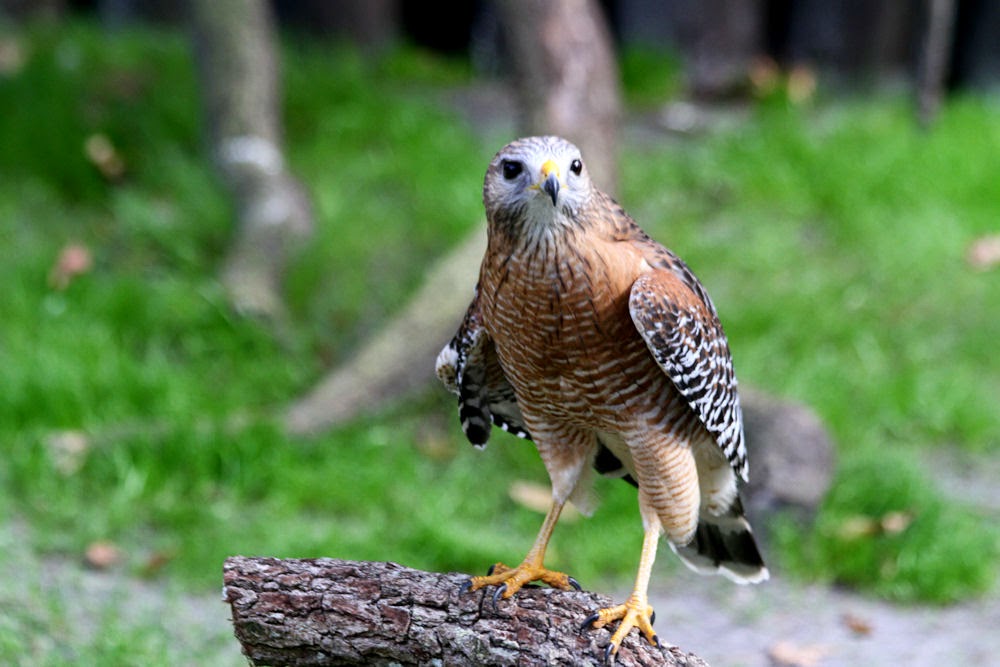 He was the most vocal and you can hear what he sounds like on this YouTube video I found.  You can see that here.  It runs for 3 minutes and 16 seconds. 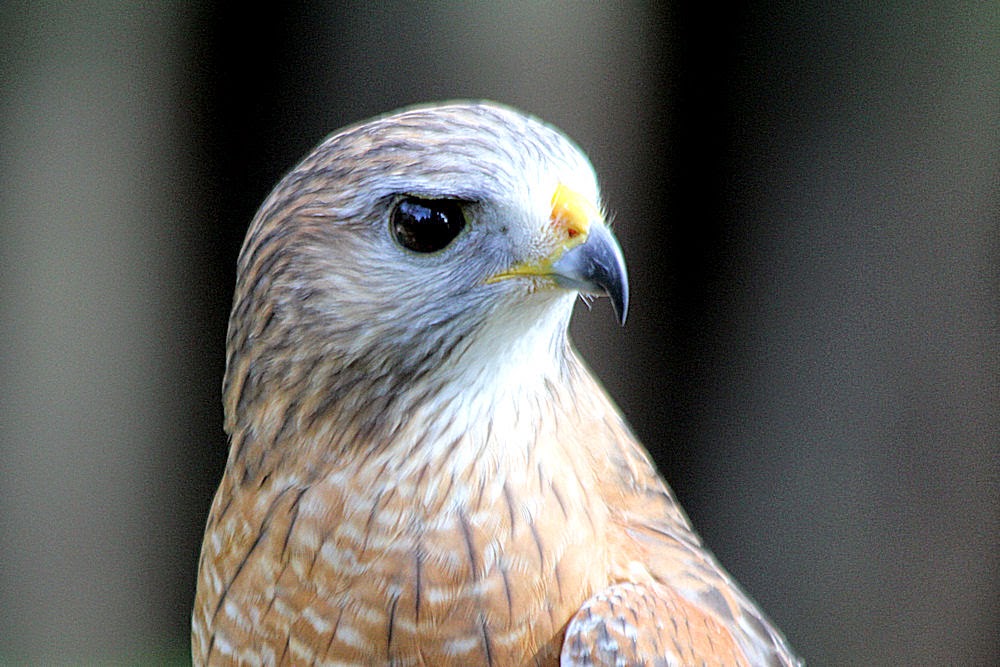 He certainly was a beautiful bird. 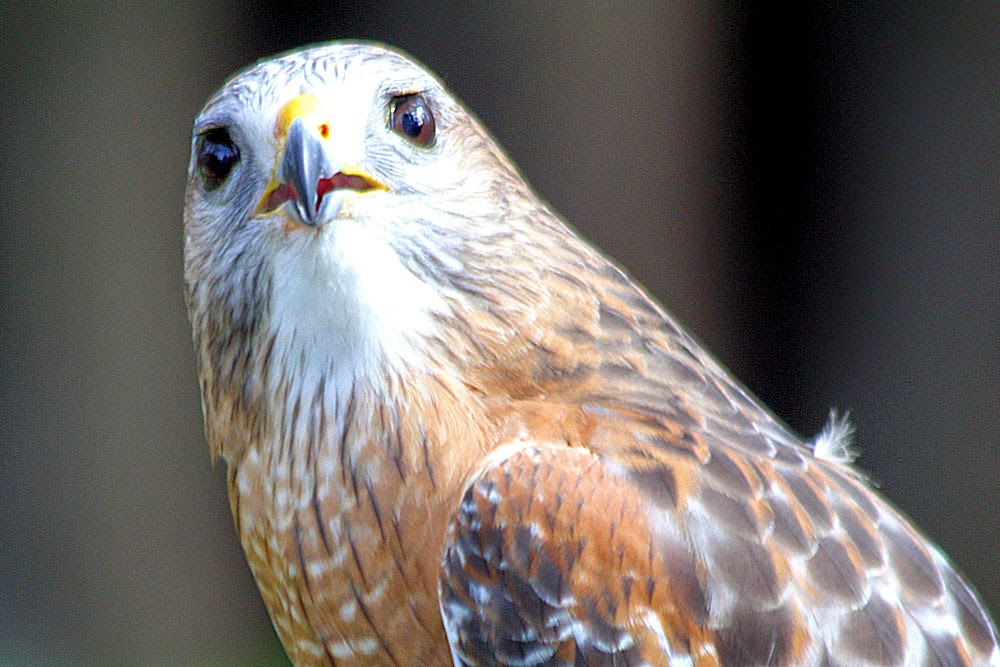 Below are some facts I found: 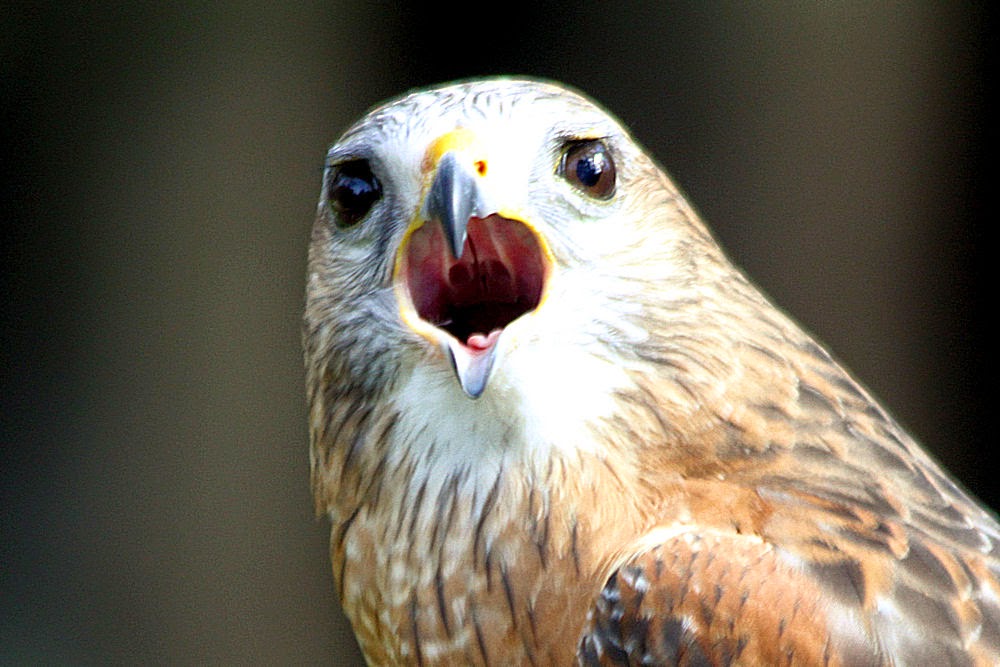 Red-shouldered hawks have an unusual courtship ritual. They will fly together and occasionally roll over on their backs. They can be seen flying upside down for short distances! 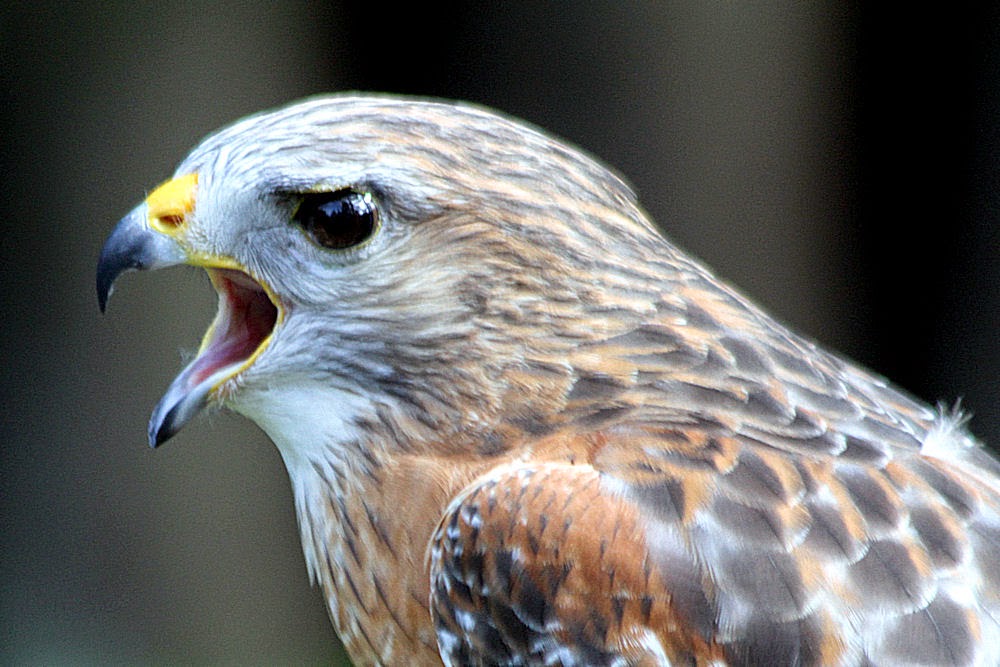 They build their nests high in the trees during the winter or early spring and often decorate their nests with various green plants. 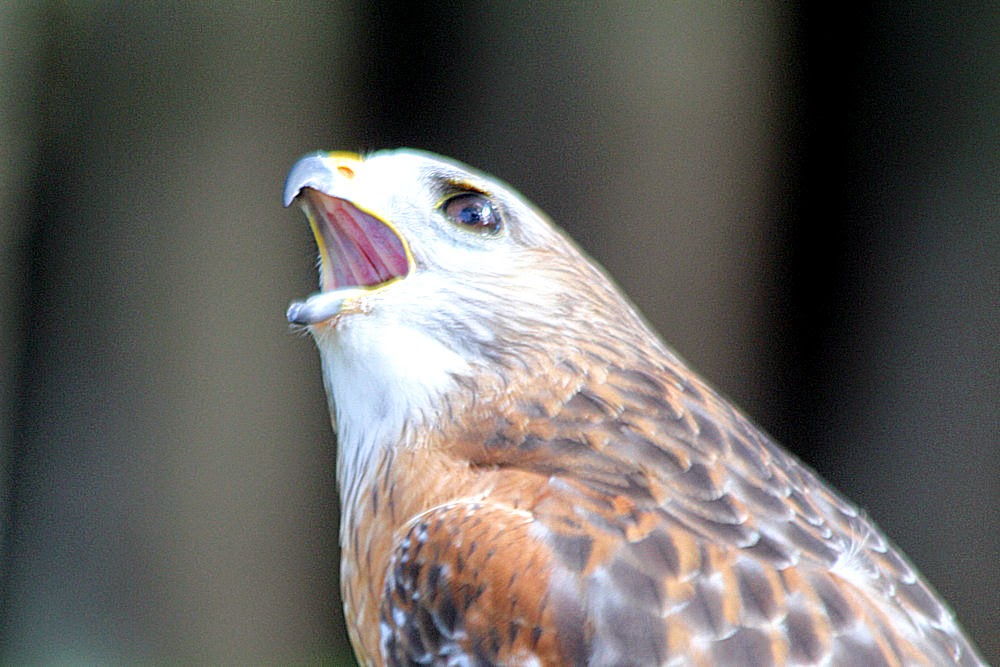 In flight, all ages and plumages display translucent white crescents at the wing tips. 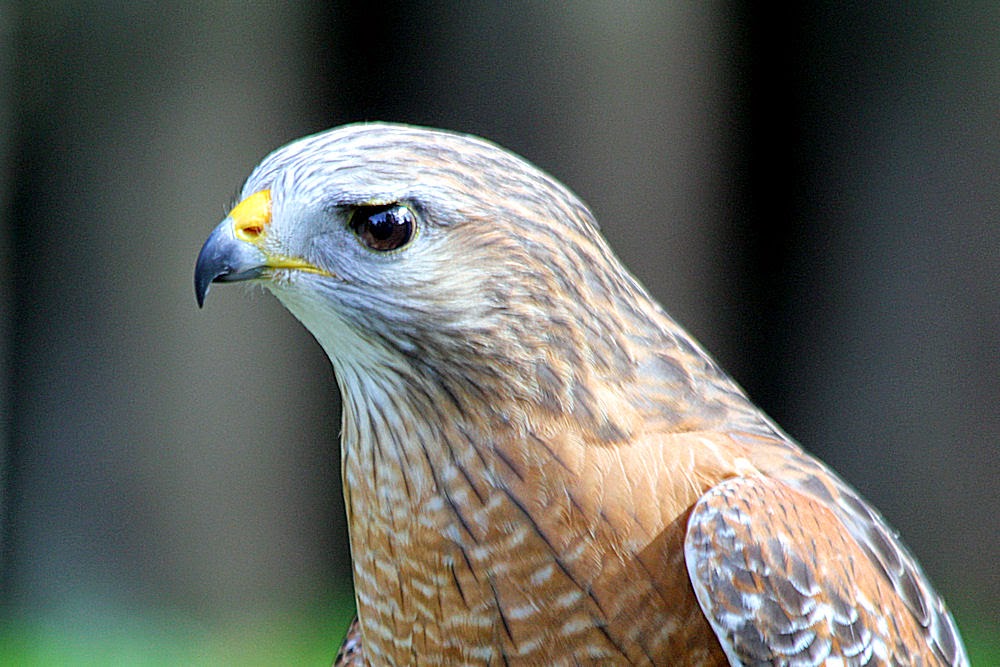 Their flight is accipiter like: Flap, Flap, Glide.
(Accipiter means a hawk of a group distinguished by short, broad wings and relatively long legs, adapted for fast flight in wooded country.) 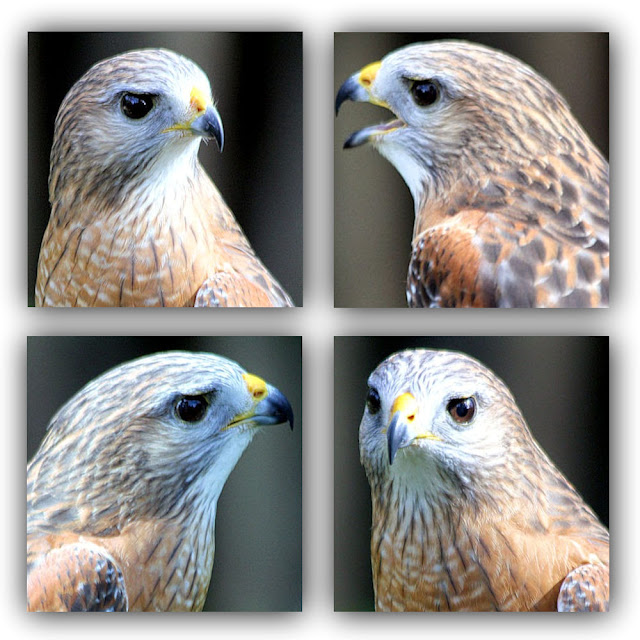 They appear more slender/leaner than other hawks. 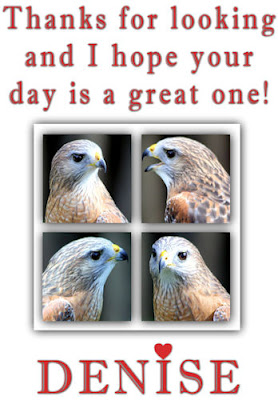