BLUEBIRDS FOUND DURING OUR WALK NEAR WALNEY VISITOR CENTER

Continuing our walk not far from the visitor center at Ellanor C. Lawrence Park (5-21-21), we were sitting on the bench near the kitchen garden. 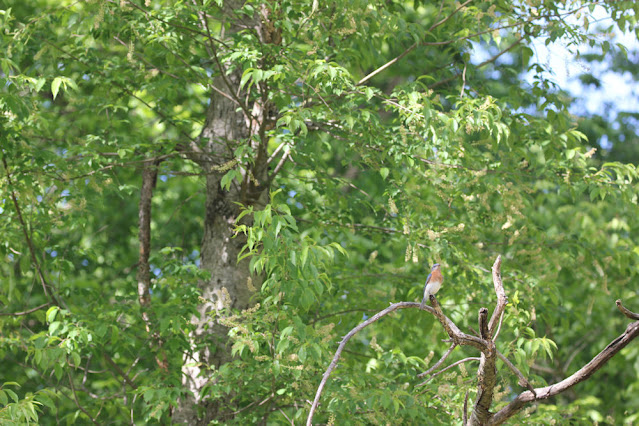 and saw something staring at us. 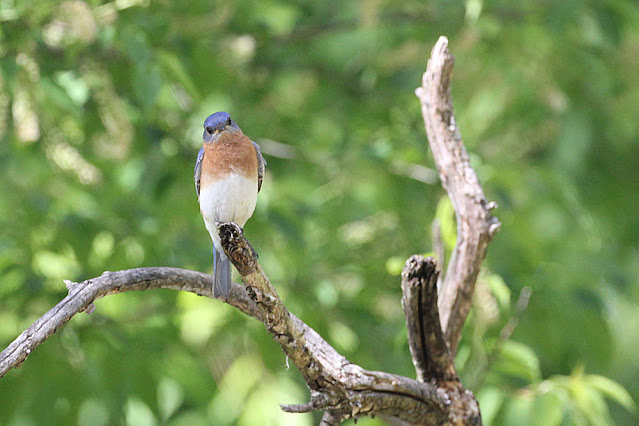 It wasn't long before we saw the nesting box just inside the fenced off area. 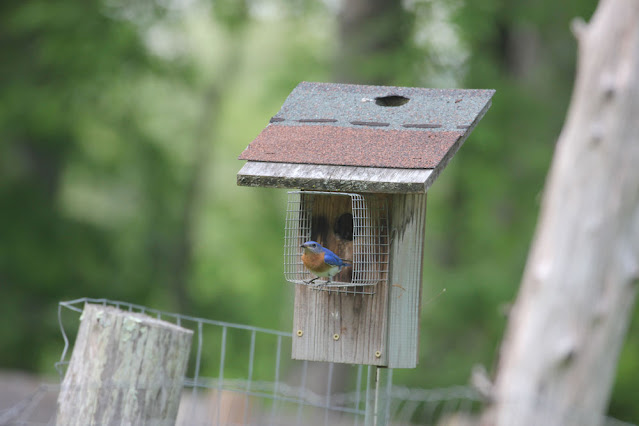 We were glad to see more bird activity, and the bench was a perfect place to observe a pair of Eastern Bluebirds going back and forth. 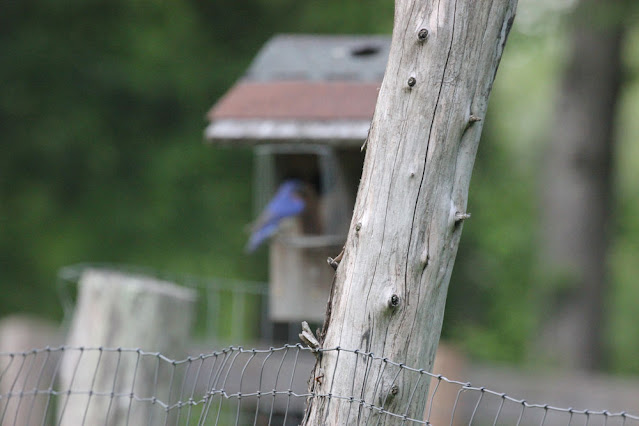 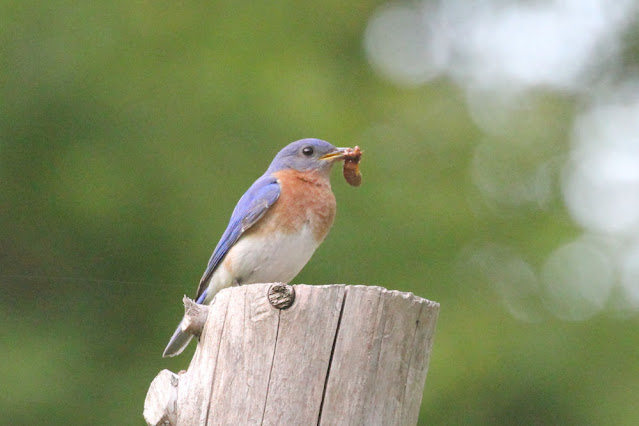 It seemed to me that the parents took it in turns to feed their babies... 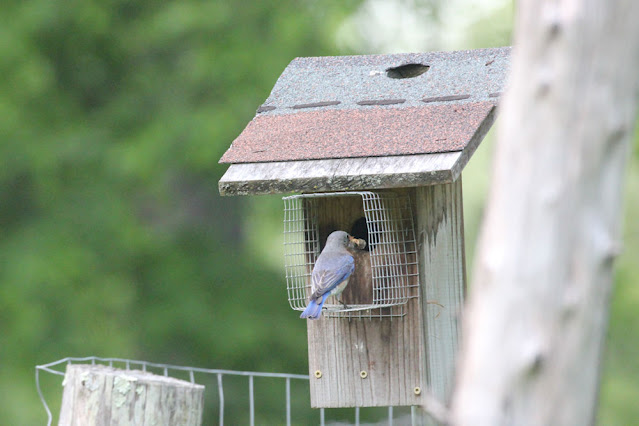 and were cleaning house at the same time. 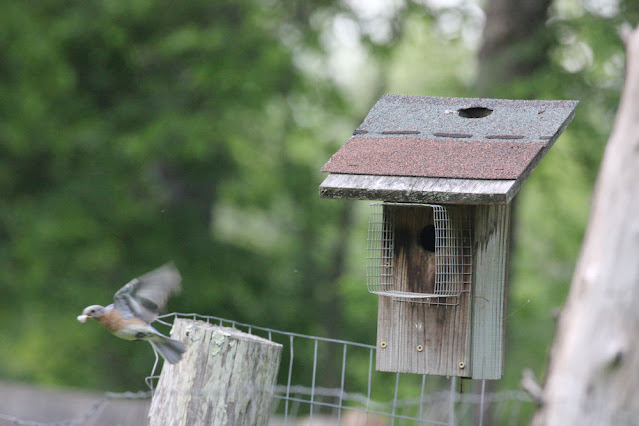 Apparently Bluebirds are ground feeders by nature, and I read suggestions about how to normally stock the feeders if you want to attract them.  They like berries and other fresh fruit such as sumac, holly and even raisins.  Above all they are attracted to mealworms. 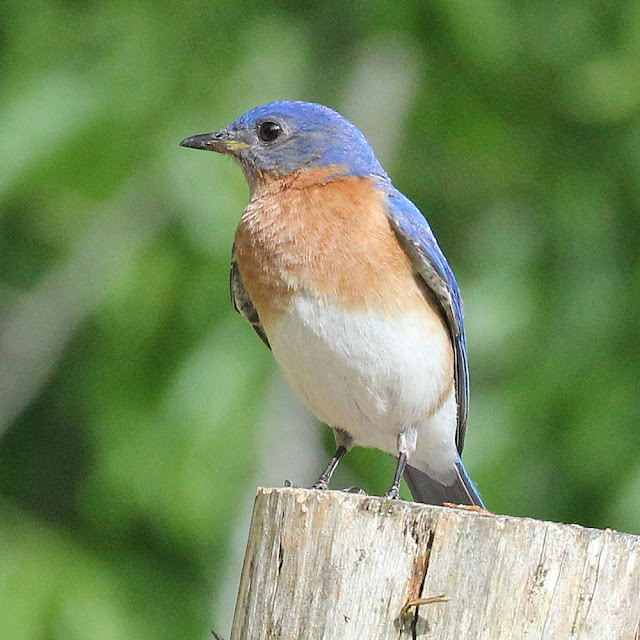 Bluebirds are cavity nesters, and often take up residence in tree cavities.  They will also make use of this kind of nesting box.  They like snug boxes with a 4-inch square base and a 1-3/4 inch diameter entry hole. 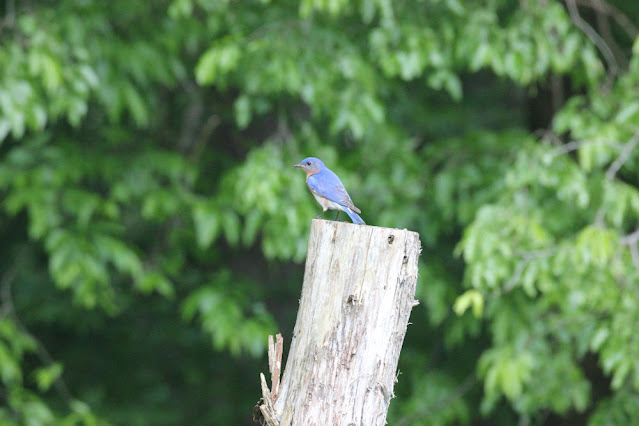 Every time they came back they had a Cicada in their beak, like the one below just before its final molt.  A bluebird can spot caterpillars and other insects in tall grass at a distance of over 50 yards. 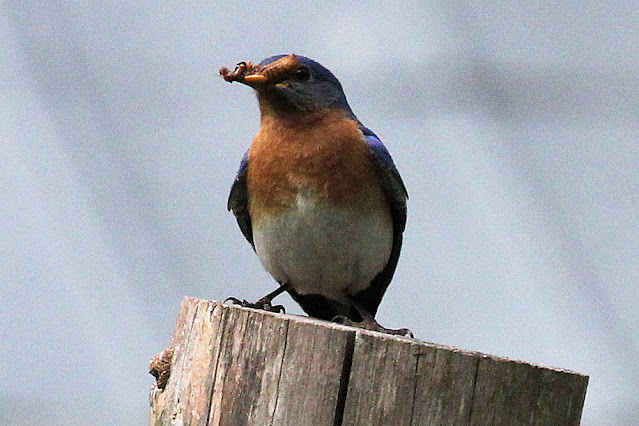 Nesting occurs from March through August.  Only the female incubates the four to six eggs, which she maintains at a temperature of 98 to 100 degrees Fahrenheit. 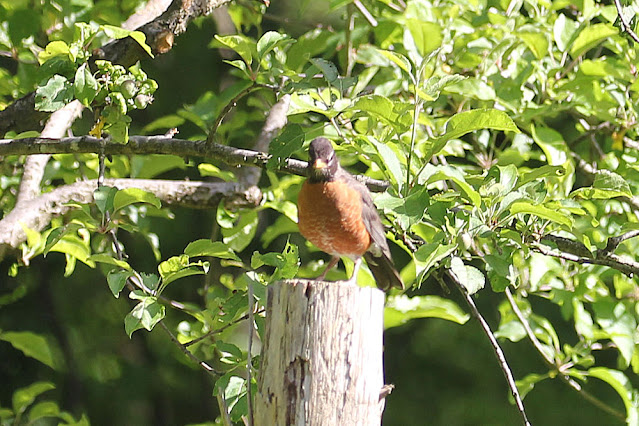 This American Robin wasn't too far away.   Early colonial settlers named the American Robin for its resemblance to the familiar but unrelated European Robin, which is smaller but also sports an orange breast and upright stance.  Our American Robin  actually belongs to the thrush family. 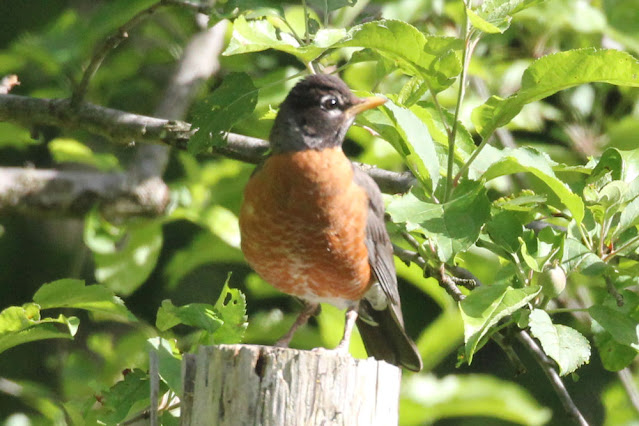 We left them in peace and went down to the pond.  Those photos I will share soon.