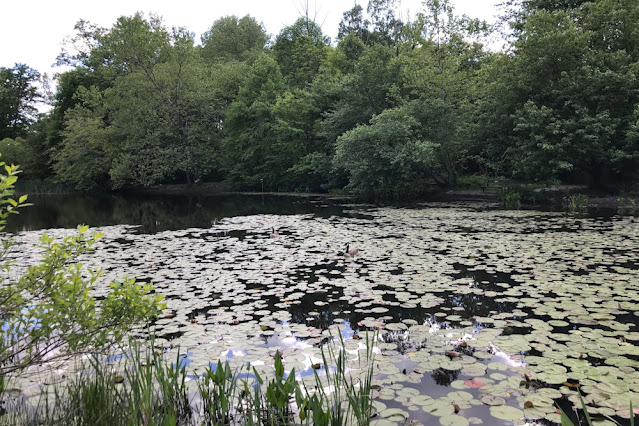 When we first arrived there were two Canada Geese swimming among the lily pads. 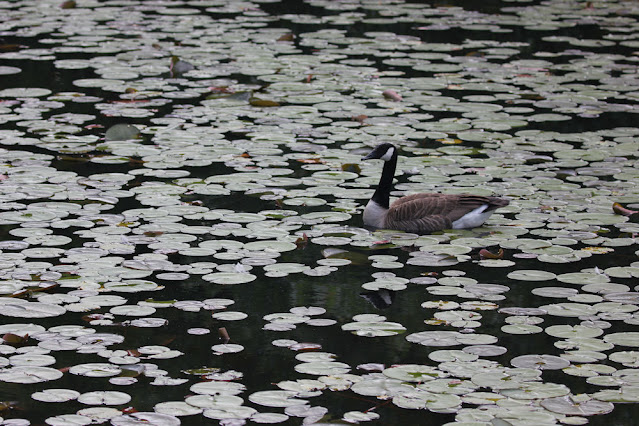 I didn't see a nest and they seemed well-content and calm, not worried about us or the other visitors. 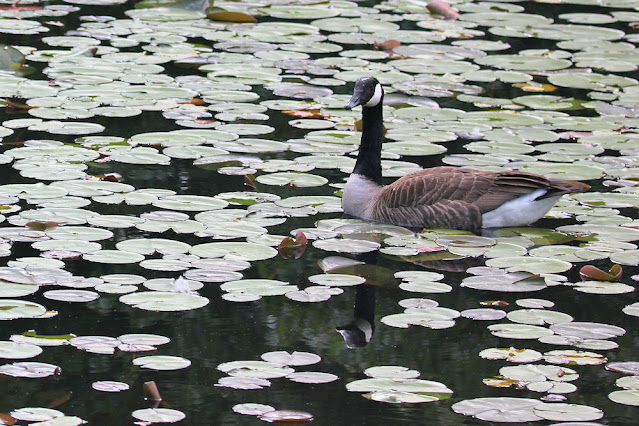 On first look it is hard to tell the difference between a male and female Canada Goose, but I found out how at this website, and also lots of interesting information at the Beauty of Birds.  The females have pointed tails, while males possess rounded tails. Sub-adults have rounded tails too but a notch is usually present that can distinguish them from mature males.  Additionally, males have larger, wider head crowns than females. 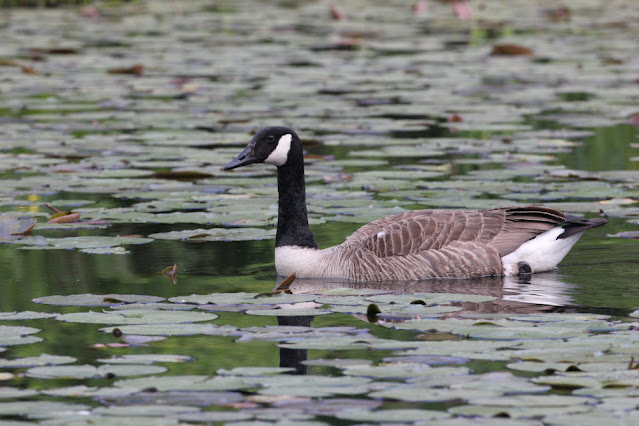 The term "sub-adult" describes a plumage that occurs after the juvenile (1st-year) plumage but before the adult plumage.  (Birds that take several years to acquire their adult plumage such as eagles, Swainson's Hawks, White-tailed Hawks and several others, have one or a few sub-adult plumages.) 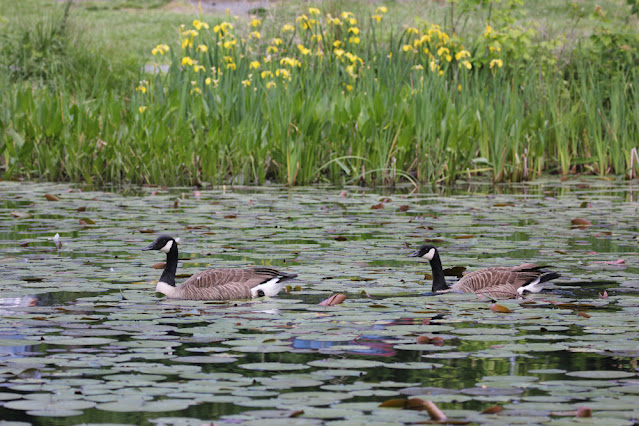 Gregg found the other bird, a female Red-winged Blackbird.  I saw her mate on the other side of the pond.  It flew into a tree nearby.  Their trill is very distinctive.  I am no expert but once I hear it I know its identity immediately. 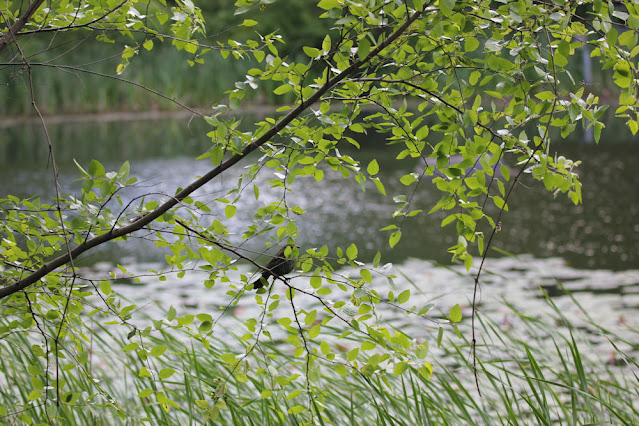 She was very cooperative while Gregg took her photos. 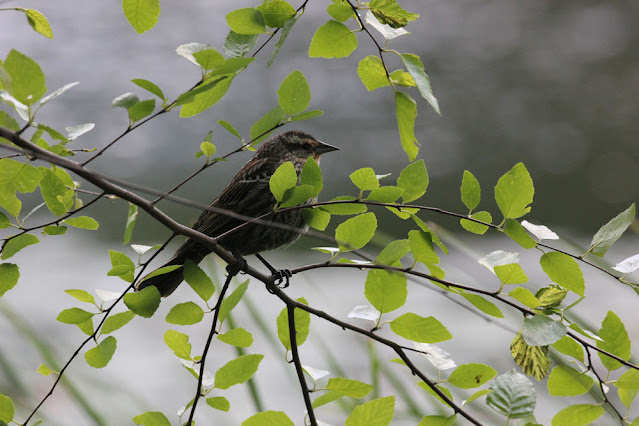 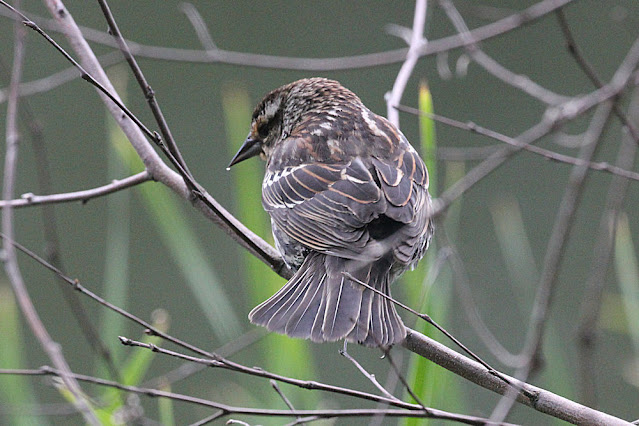 It was banded in New Jersey in 1967, and found alive but injured in Michigan in 1983.  It was able to be released after recovering from its injuries. 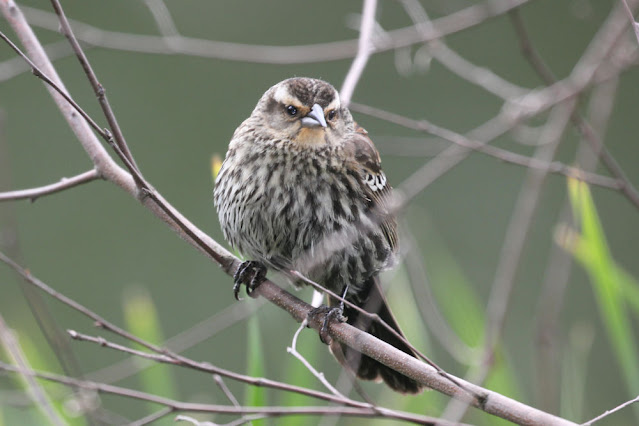 Red-winged blackbirds roost in flocks in all months of the year.  In summer small numbers they roost in the wetlands where the birds breed.  Winter flocks can be congregations of several million birds, including other blackbird species and starlings.  Each morning the roosts spread out, traveling as far as 50 miles to feed, then re-forming at night. 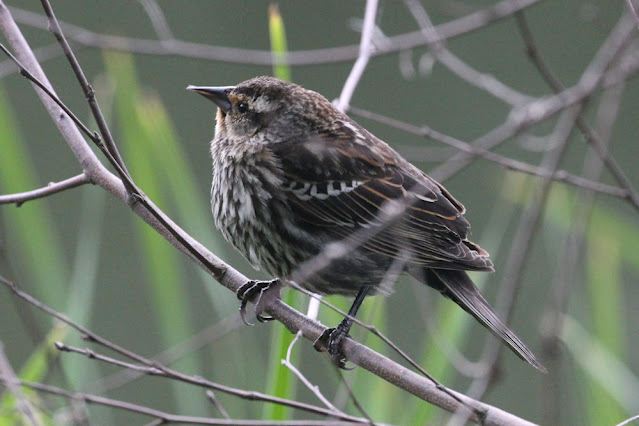 This cute Red-eared slider swam up to us when we were standing on the overlook.  I suspect it was hoping for a morsel or two, but we have a rule about not feeding wildlife.  We have never come across a desperate case and if that ever happened  we would call a wildlife center to get help. 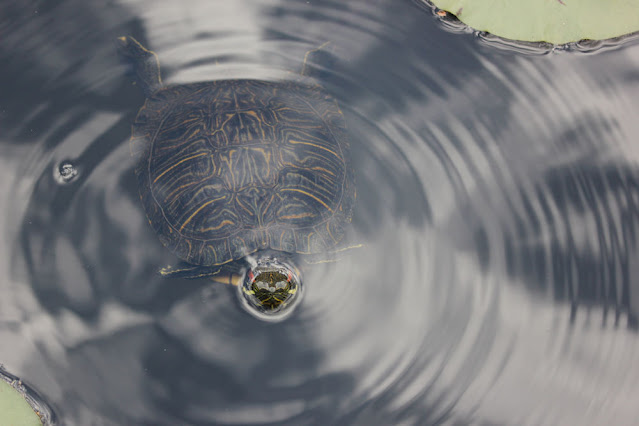 Our shadows can be seen here at that same overlook. 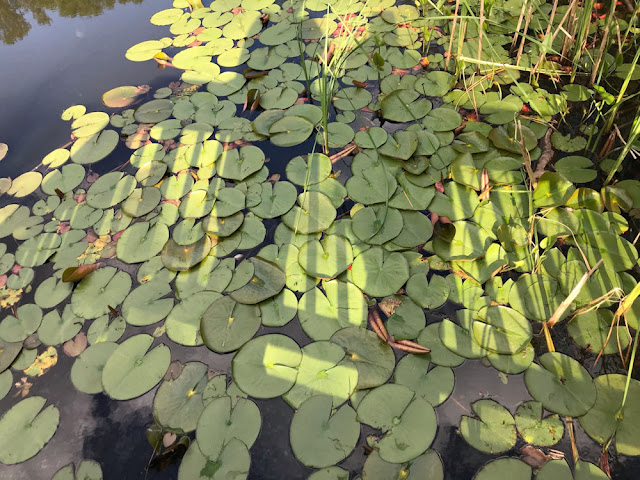 Red-eared sliders are native to the Southern United States and northern Mexico, but are now inhabiting other places because of pet releases.  I see them in almost every pond I have ever visited.  Sadly, and through no fault of its own,  this poor creature is considered an invasive species. 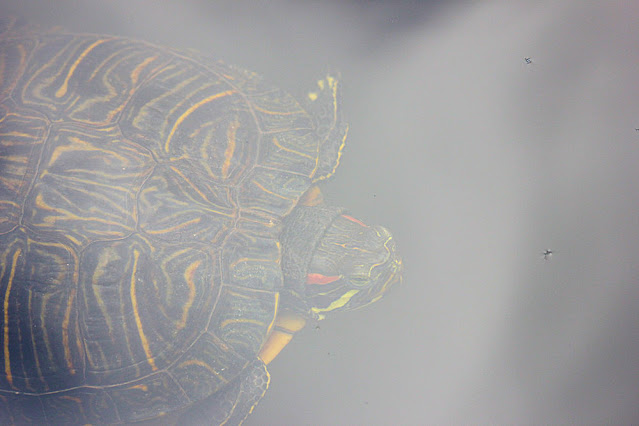 The Red-eared slider gets its name from the small, red stripe around its ears, or where its ears would be, and from its ability to slide quickly off rocks and logs into the water.  I have often watched them slip back into the water as we approach when walking along one of our favorite walking paths. 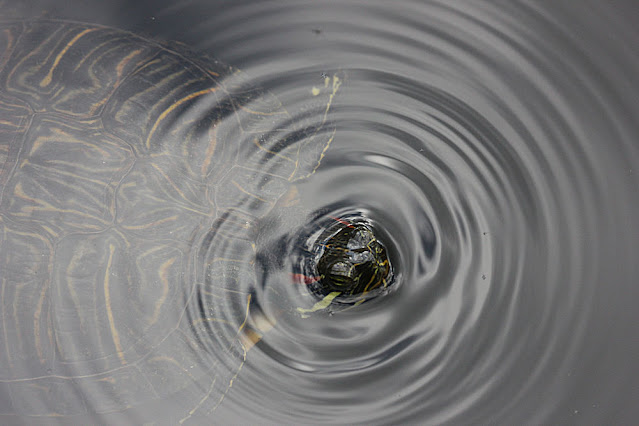 Water-lilies are slowly covering the pond. 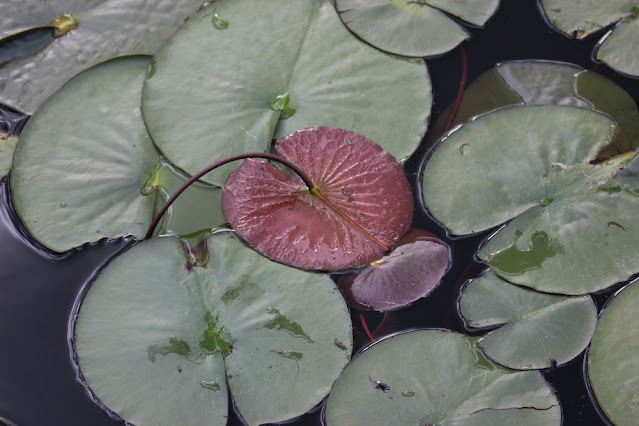 We are looking forward to coming back to see them blooming. 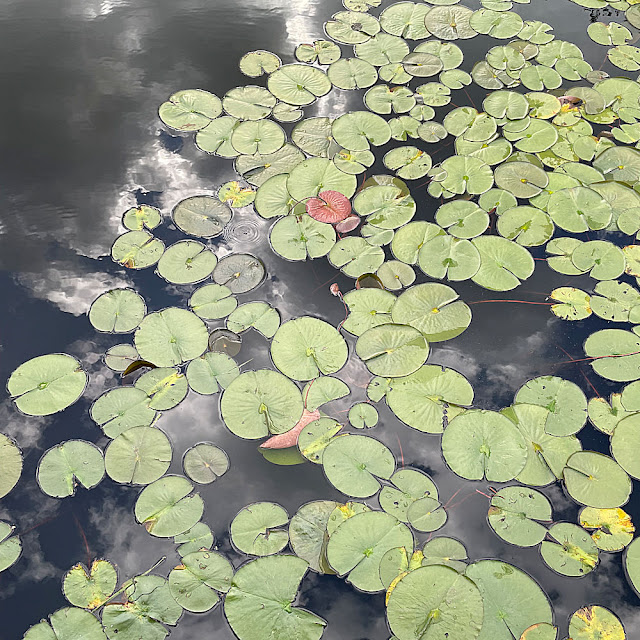 Last photo of one of the geese taking off, and its mate wasn't far behind. 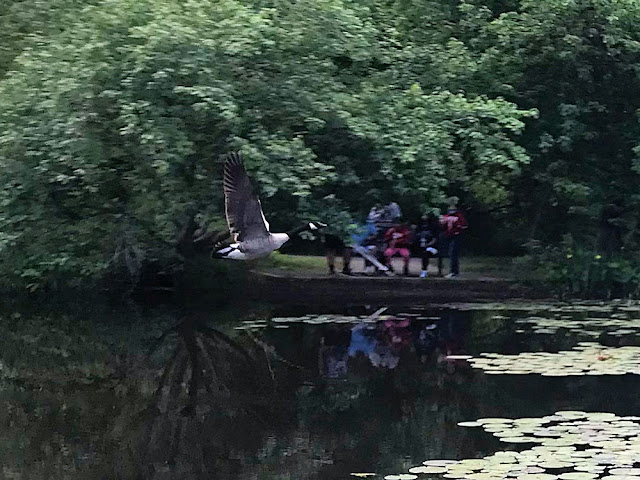 As I usually do, I have more photos to share from Walney Pond.  Next time there will be wildflowers.
Thanks for looking and enjoy your day. 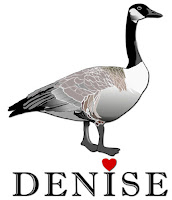 DeniseinVA
Happily married to my best friend for the last 45 years. Our son and daughter-in-law live not so far away, and they are our joy. I recently turned 71 and aging doesn’t bother me, wearing each new grey hair proudly like a banner. I may be saying this with a smile, as I do wonder where all that time went. I take no day for granted, treating each one as a blessing. As for our world we still have a long way to go, but I wish you only the very best and that we will be seeing light at the end of the tunnel. Peace, happiness and good health to all.