SHARING A WALK NEAR THE BLUEBELLS

Once again we went on a walk, this time to the Old Stone Bridge in Manassas.  We have been going to other walking trails a few miles ahead of this one, but it is well known for the Virginia Bluebells, which were in bloom.  It is also a favorite area for photographers and we saw several people walking back to their cars with cameras. 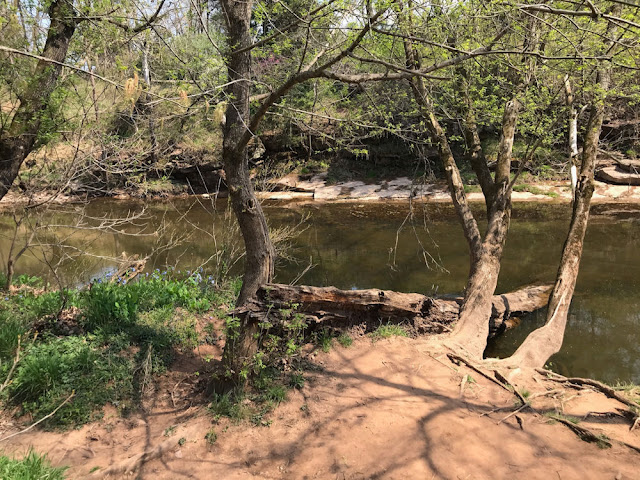 The river we walk next to is called Bull Run. 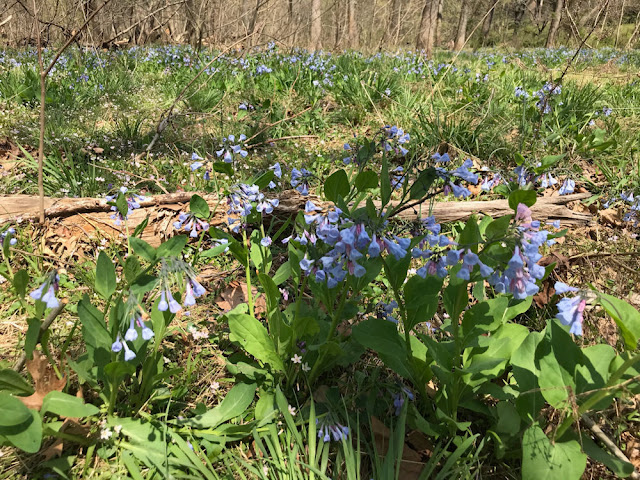 Virginia bluebells were given their botanical name, Mertensia virginica, in honor of German botanist Franz Carol Mertens.  The name Mertensia was later given to a family of jellyfishes in honor of Mertens' son, K. H. Mertens.  Like the flowers, the jellyfish are also quite colorful. 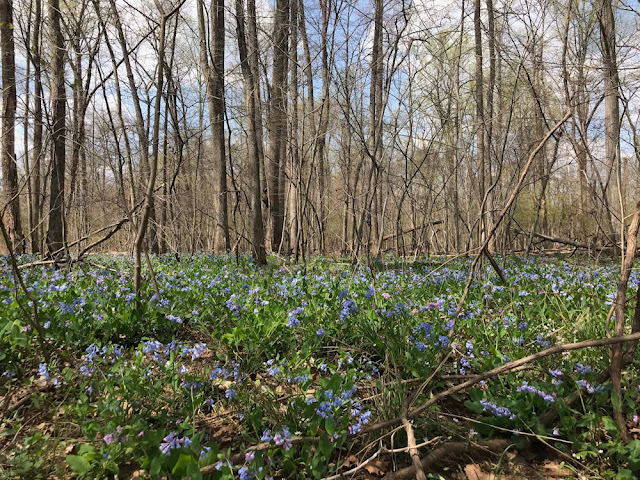 In April 1776 Thomas Jefferson noted "a bluish colored, funnel-formed flower in lowgrounds in bloom" in one of the earliest entries of his garden book. 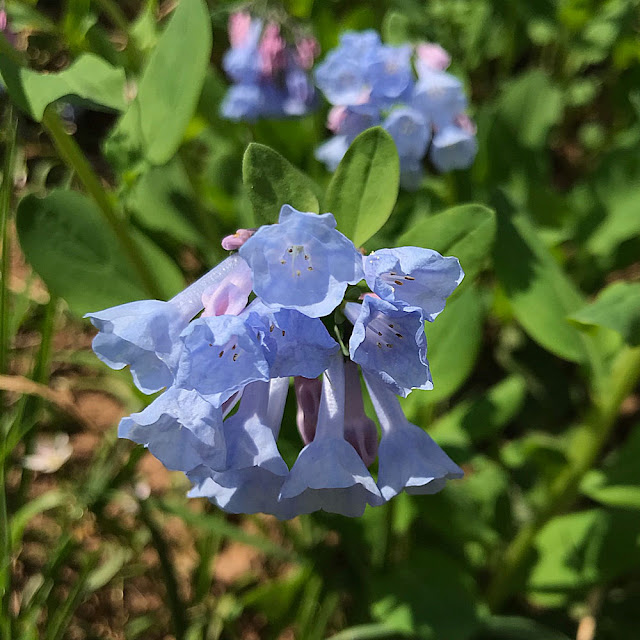 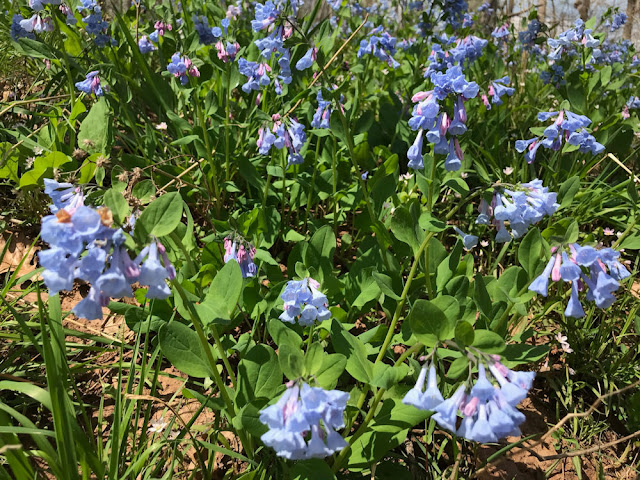 My information came from the Lewis Ginter Garden here. 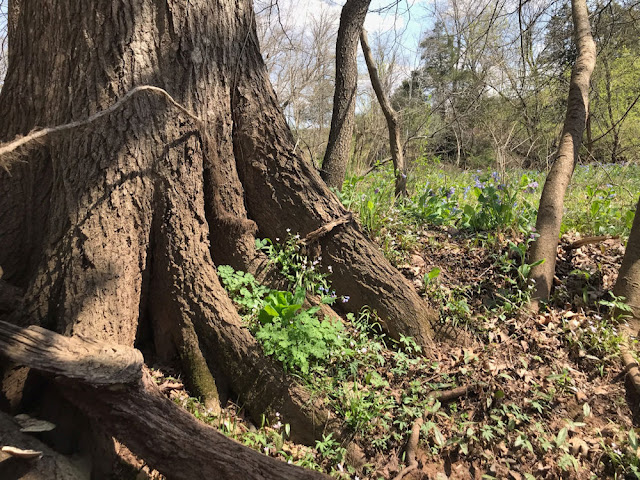 In the next photo you can see a wildflower called Dutchman's Breeches.  I looked everywhere for them but the only ones I found were these, not as showy as others I have seen.  I think I was a week late for their tip-top blooming... 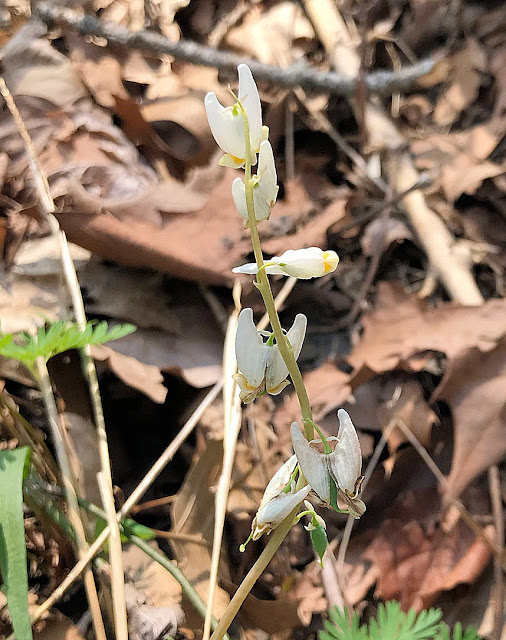 but there was lovely foliage that looked a bit like parsley, and I recognized it as that of this particular flower.  I checked thoroughly in other places but though I saw more foliage, I couldn't see any more of them blooming. 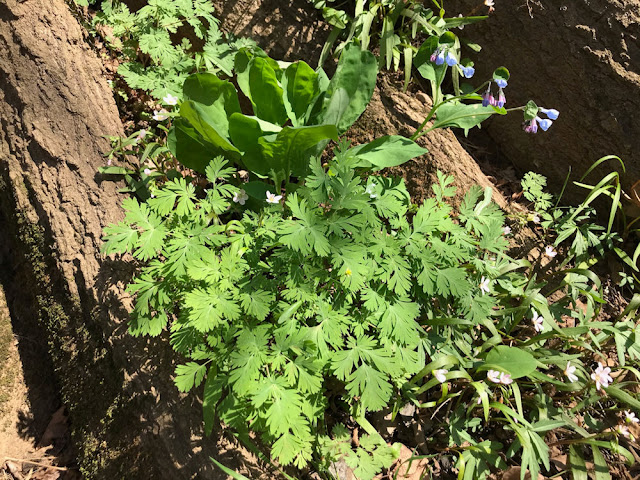 This pretty wildflower is named for its sprays of yellow-tipped white flowers that reminded those who named them back in the day, of the wide-legged, traditional pantaloons worn by Dutch men.  Our flower is found throughout the eastern and midwestern North America, usually in open woodlands.  Its foliage grows from white underground tubers and is not as tall as the flowering stalk. 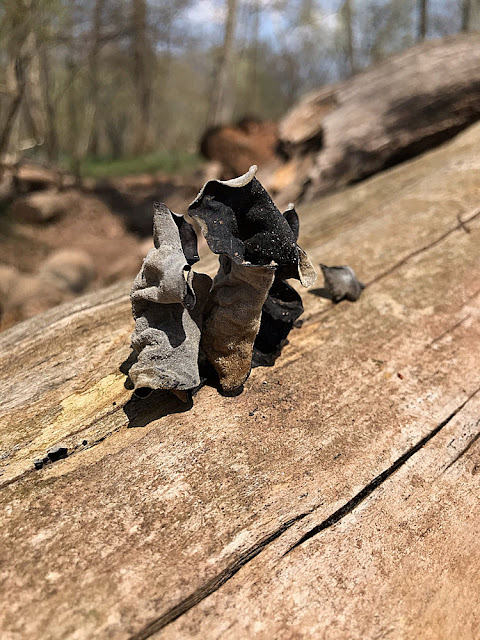 This is a decayed fungus growing on a fallen tree trunk.  I have never seen them like this before.  Unfortunately my search online didn't result in any definite ID.  Still, all part of nature's rich reward when walking along.  I always enjoy finding the simplest things, as many of you do,  and still seem at this stage of my life to be curious about everything, for which I am grateful. 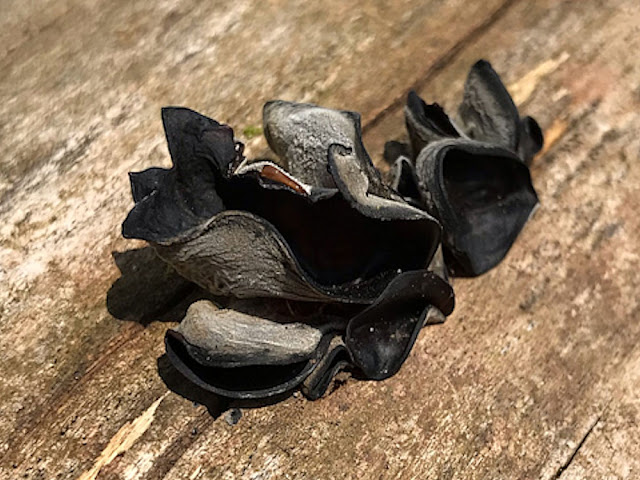 A lot of trees have fallen in this area. 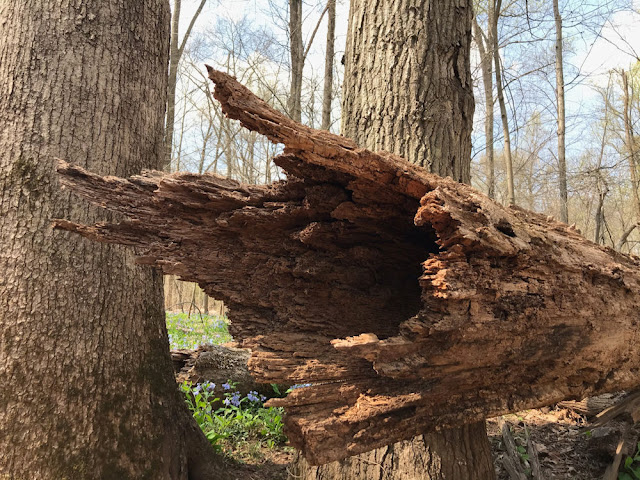 There was blue paint on several that were very old but still upright, marked for chopping down perhaps.  There were also thousands of holes in a lot of the trees.  I thought these were from the woodpeckers burying their nuts in the bark over many winters. I have often watched them in our garden.  I sprinkle sunflower seeds on our deck rail, and watch them fly down and pick up a seed.  They fly up into one of our largest trees where they poke them into previously drilled holes.  But there are other explanation which you can read about here. 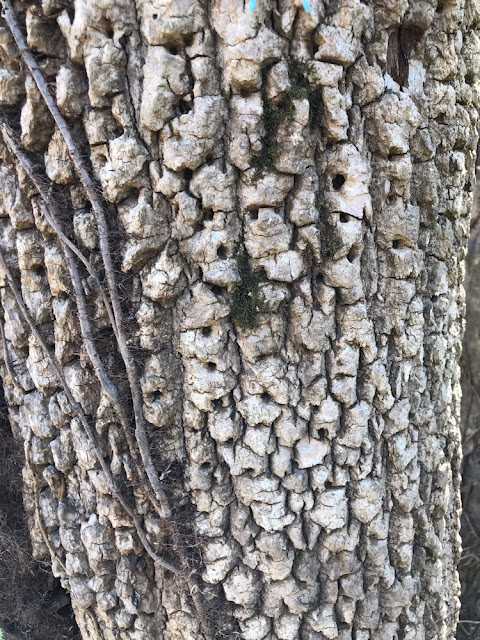 We took several more photos and I will save those for another time.
Have a great day everyone, and thanks for looking.