I wasn't expecting to take any photos at Baltimore Airport, but a lot of things caught my eye.  I took these on our way to pick up our son and daughter-in-law after their trip to California. 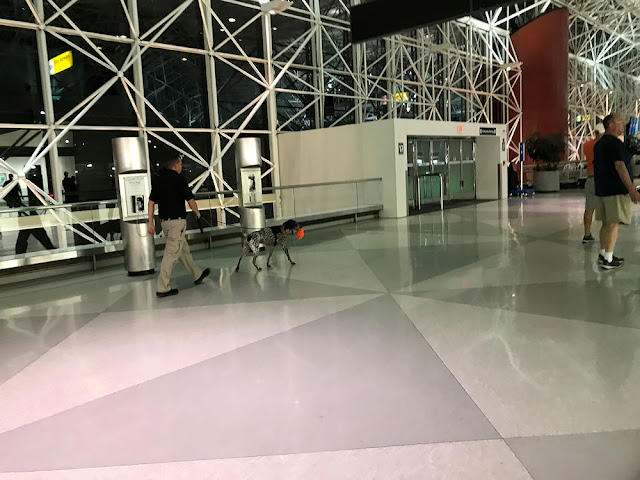 First thing we came across was this very cute working dog.  We saw them several times making their rounds.  They have an important job to do.  He looked like a very young dog and I was wondering if he was in training. 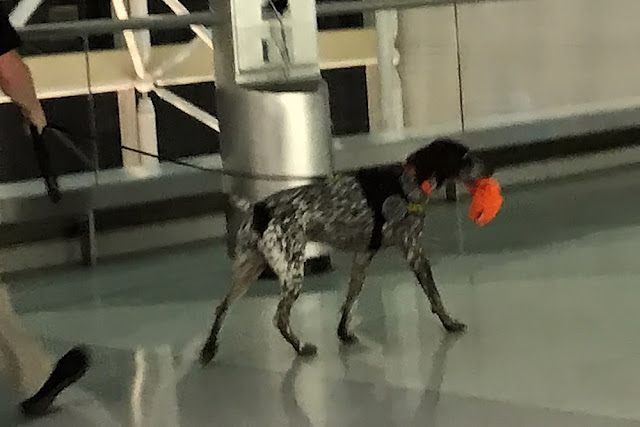 We also saw some very interesting works of art. 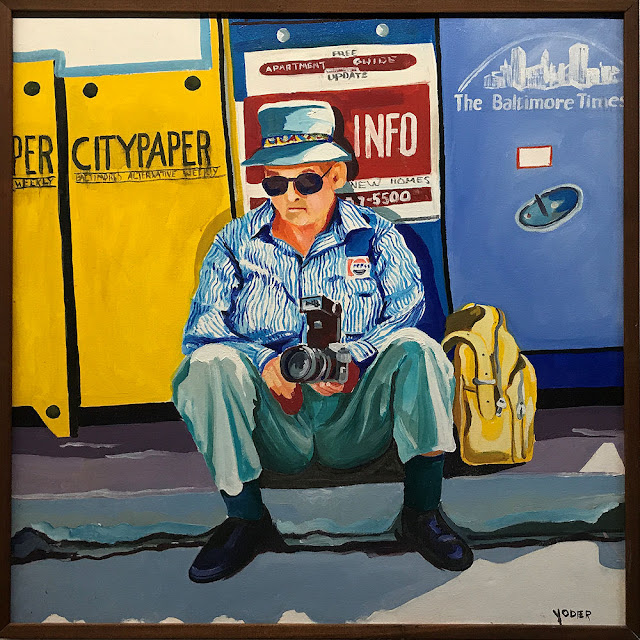 This was on one side of a supporting wall. 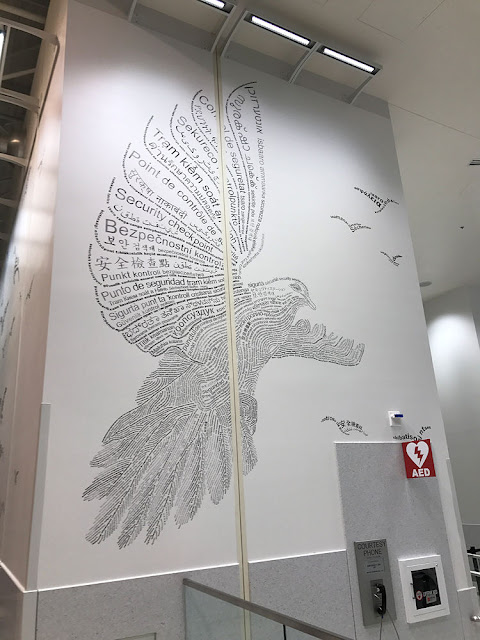 And this was on the other side. 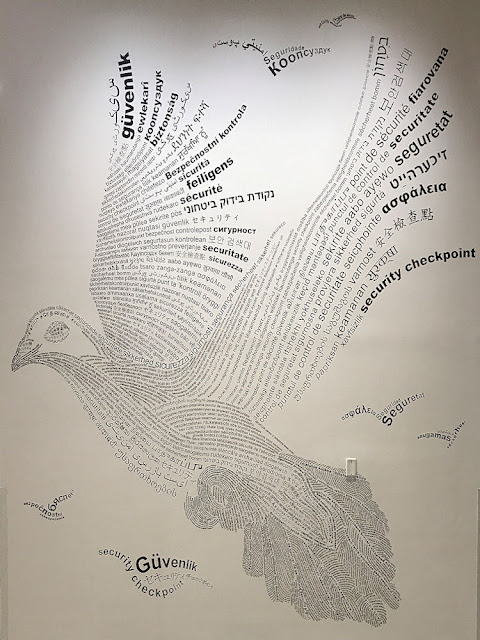 An ancient-looking vase below, which from what I could read off the sign, said it was a replica of a Long Hu Zun vessel originally made in the Shang Dynasty (c1600-1046 BCE), and the second Dynasty of China.  The original was unearthed in Anhui Province in the People's Republic of China
in 1957. The people of Anhui Province, Maryland's Sister State, presented this gift to the people of Maryland in 1991, as a symbol of everlasting friendship between the Chinese and American People. 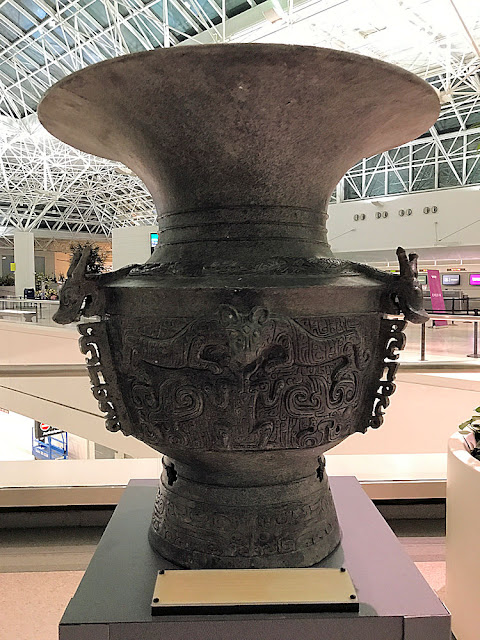 It is always fascinating to me to come across totally unexpected items, such as this very beautiful replica of an ancient vessel from China, while walking through Baltimore Airport. 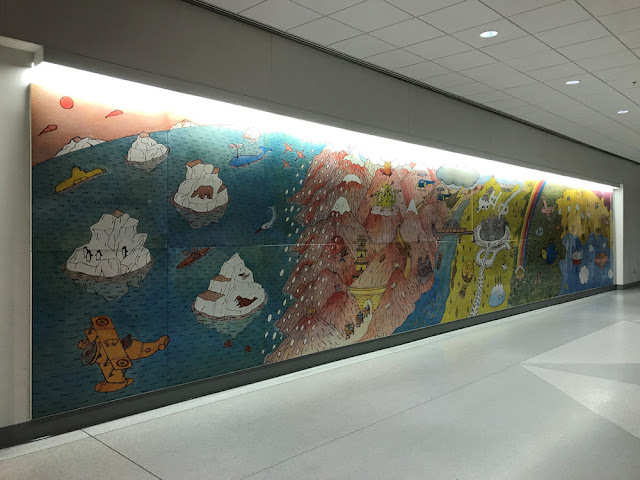 There were also murals, and I love murals.

There was another one. 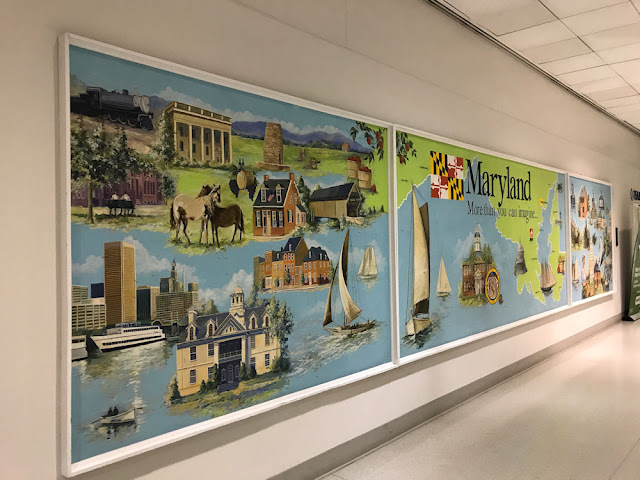 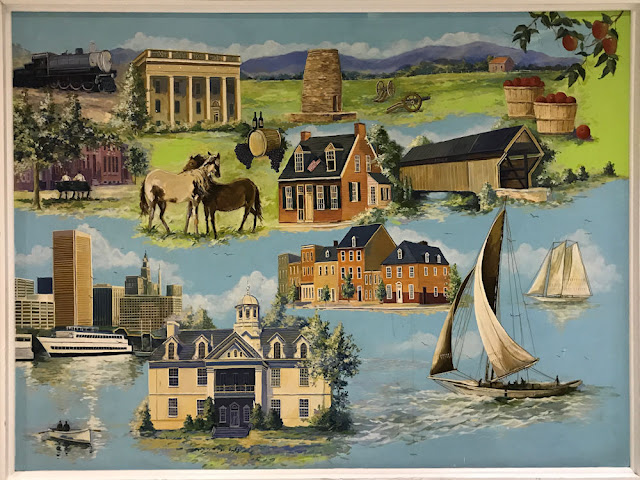 All depicting scenes of Maryland life, past and present. 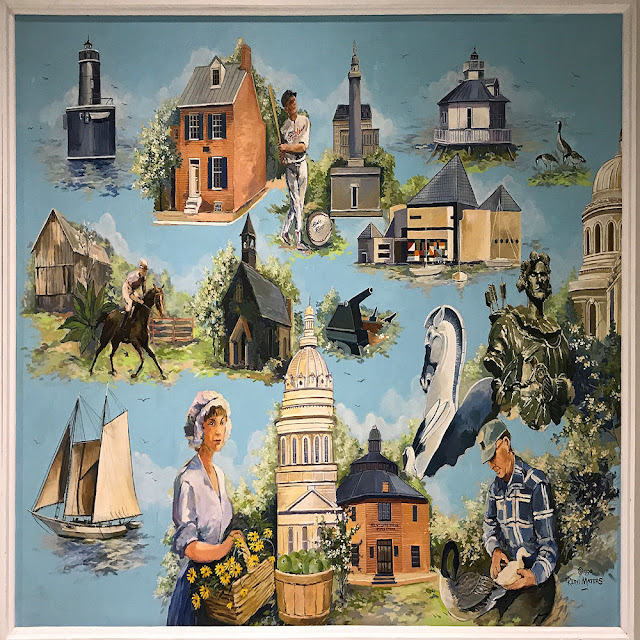 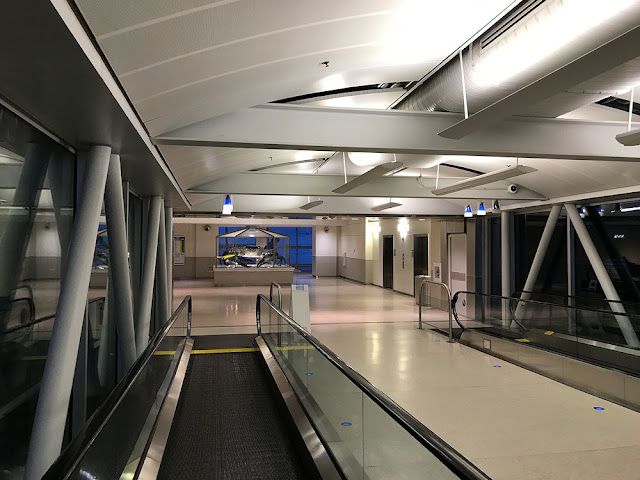 At the far end is the crab sculpture that I shared in my last post.  I wanted to keep them all in one spot for future reference.  I thought he was rather magnificent. 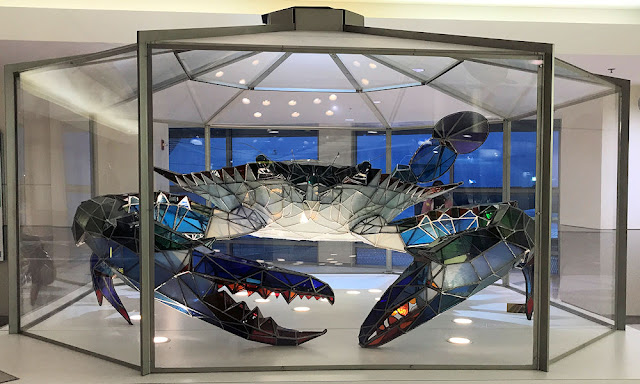 One last shot as we crossed the sky bridge that took us back to where we had parked our car.  The dawn was rising. 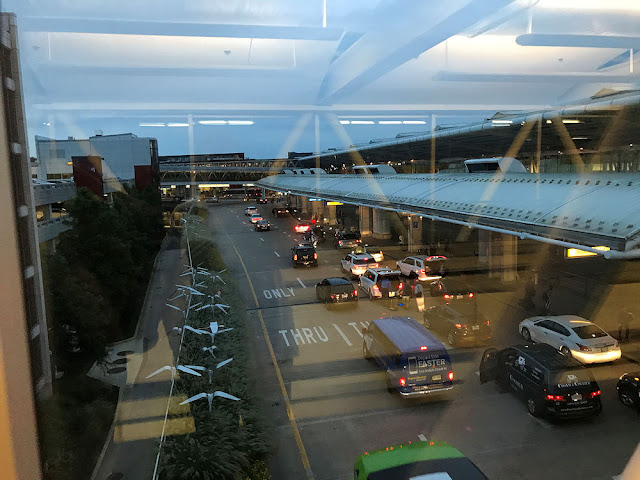 Posted by DeniseinVA at 8:40 PM