At the beginning of the boardwalk we saw Cardinal flowers blooming.  Their scientific name is 'Lobelia cardinalis' and can be found in marshy areas like this one. 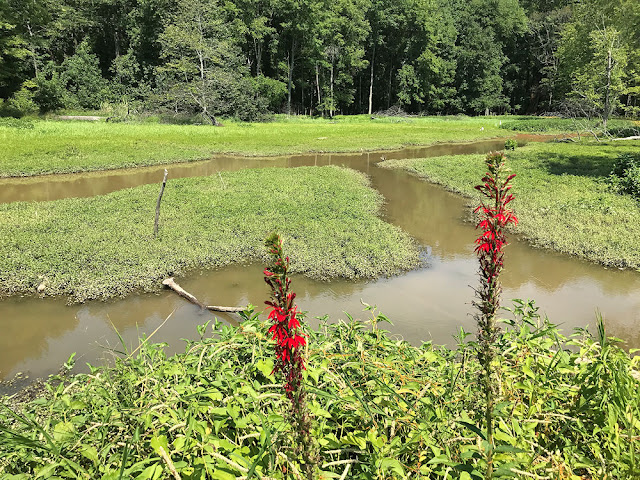 You can read more about them at this website. 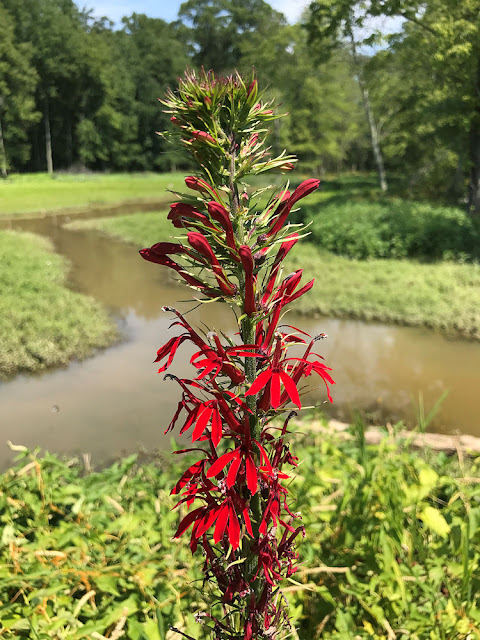 Huntley Meadows is an amazing area, a lovely park in the middle of a built up area, and rather hidden if you didn't know it was there. 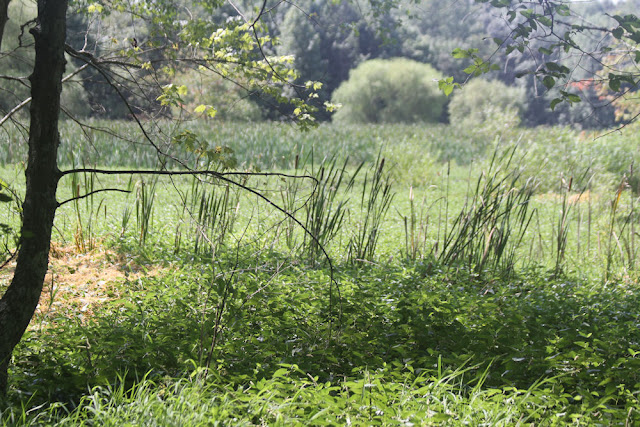 When we visited on August 2nd, we met a lady and her two young children on the path as we were all leaving.  She had a ready smile and asked us if we had been before, and when we said many times, she added that they had lived here for years, never knew about it and that it was their first visit.  We told her that we had also lived in the area for a few years before we found out about it.  I remember discovering it when searching online for places to enjoy walking. 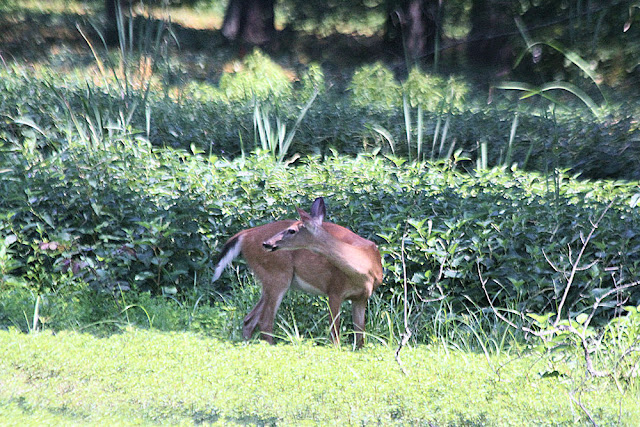 We discussed what wildlife we had seen that day, and the young boy excitedly chimed in that they had seen an otter.  I was happy to see his enthusiasm and told him that he was very lucky, we had not and that he would see many new things on every visit.  It was a very nice encounter. 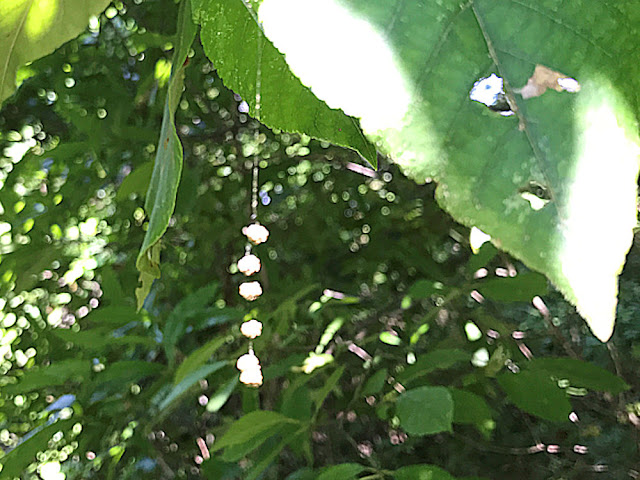 In this post you will see the wood we walk through after we parked our car.  There is also a very nice visitor center we pass on the left.  Children were leaving in numbers, presumably having attended one of the nature classes they offer.  I also found another website that gives you more information on the park. 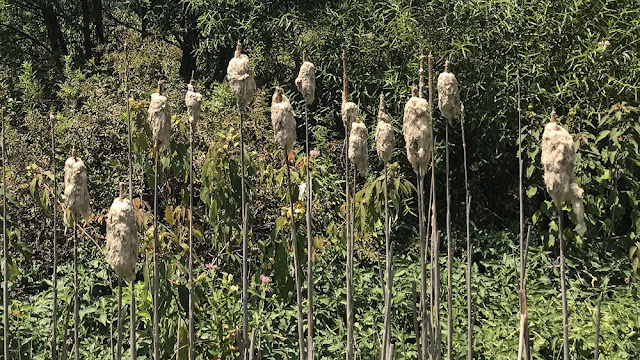 Cattails!  I had no idea you can make flour out of these.  Archeologists have found samples of this plant on grinding stones dating back 30,000 years ago.  If you are lost they will give you four sources for survival.  Water, food, shelter and a source of fuel for heat.  Those cigar-like heads that later turn to what you see in the photo above, contain thousands of seeds that will disperse with the wind.  If you collect enough of those fluffy seeds, you can stuff a pillow.  You can learn more fascinating facts about this versatile life-saver at this website. 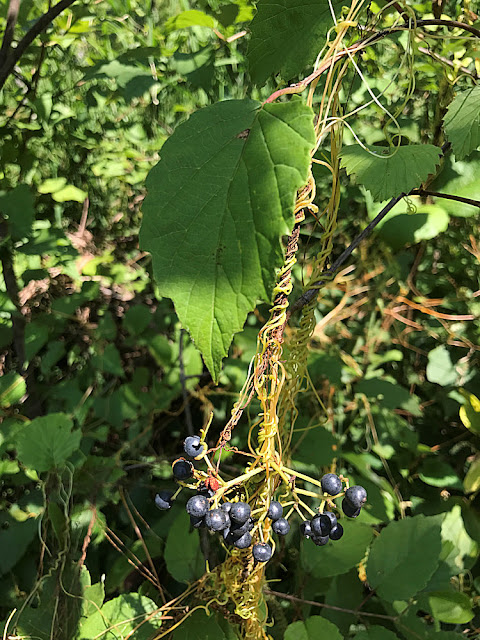 I am not sure what kind of berries these are, whether they are edible or not (I wouldn't even hesitate to guess), but I liked how the tendrils wrapped around the branch. 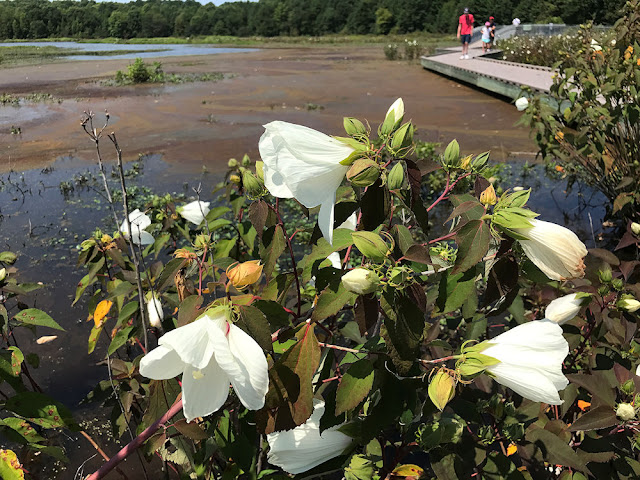 The Swamp Mallow was blooming in profusion.  I have never been to the park and seen this many at one time. 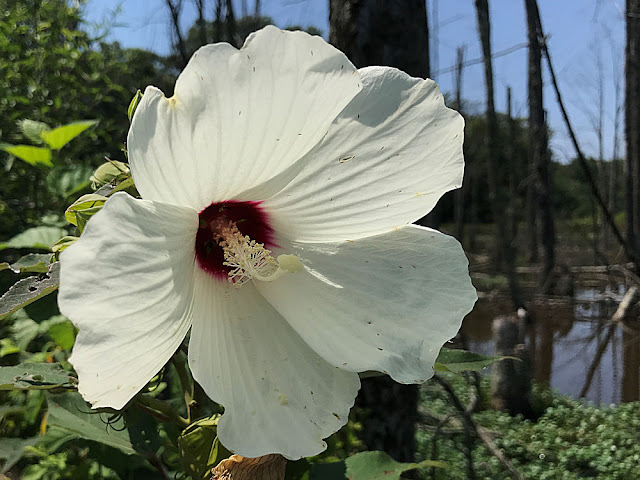 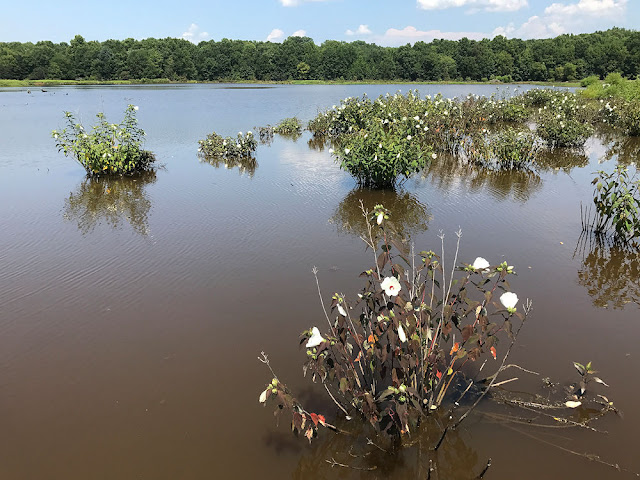 There was something else that seemed everywhere also, and if you look closely at the photo below you will see it.  Just above center a tad to the right. 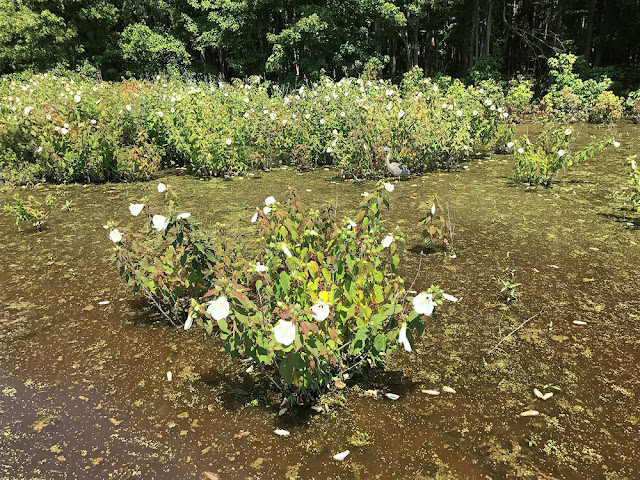 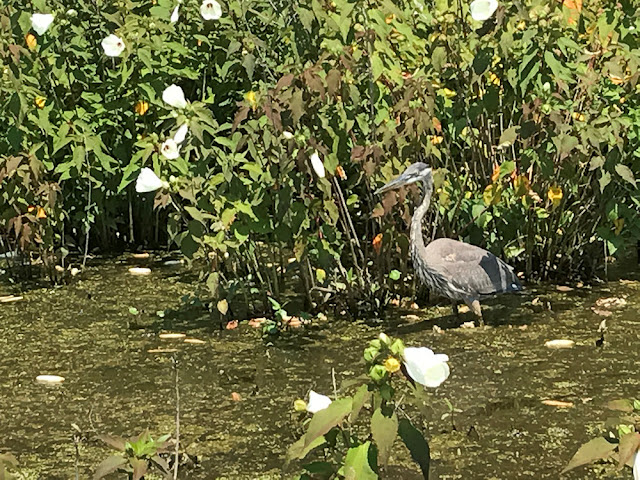 Not one Canada Goose today but lots of Great Blue Herons. 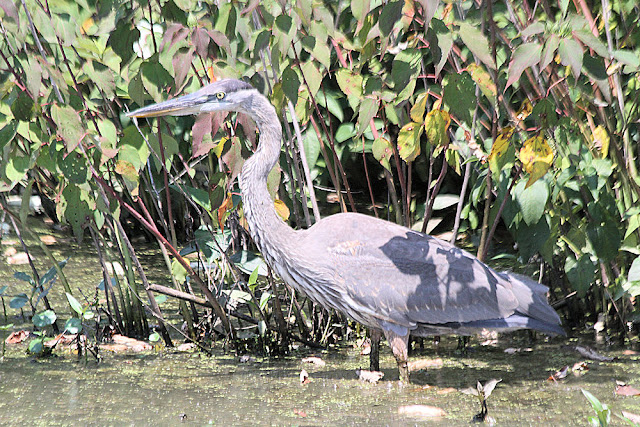 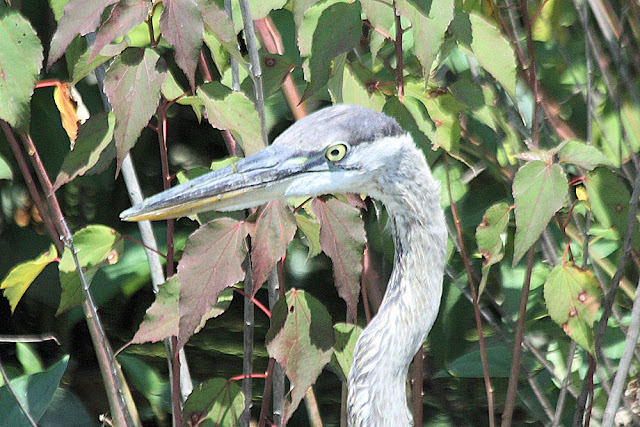 There will be more of them in another post.