A few days ago I came across an unexpected gift.  I discovered a camera card stored away with several unseen photos from our road trip last Spring.  These were taken of the seals near a pier in California, I can't remember which one now. 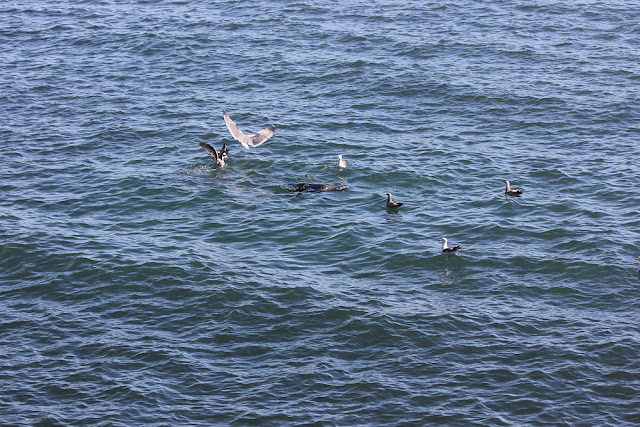 We saw a seal slowly being surrounded by gulls.  The seal had been fishing. 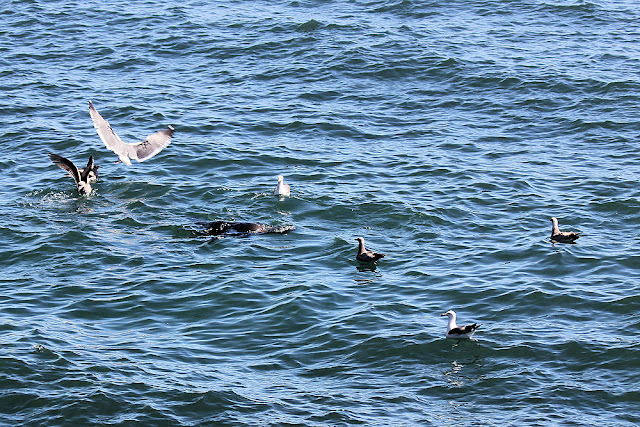 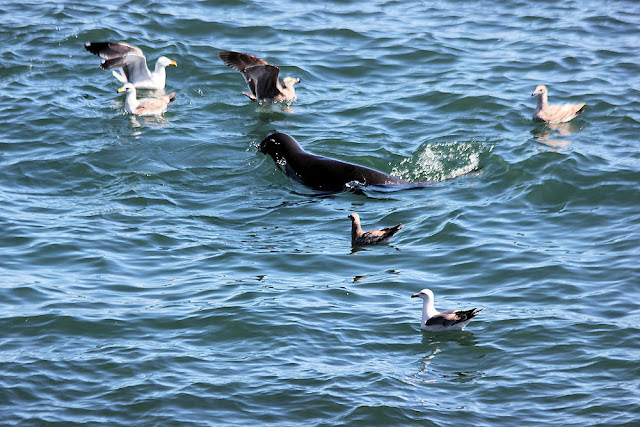 He had a companion for a while, you can see the other's nose touching his. 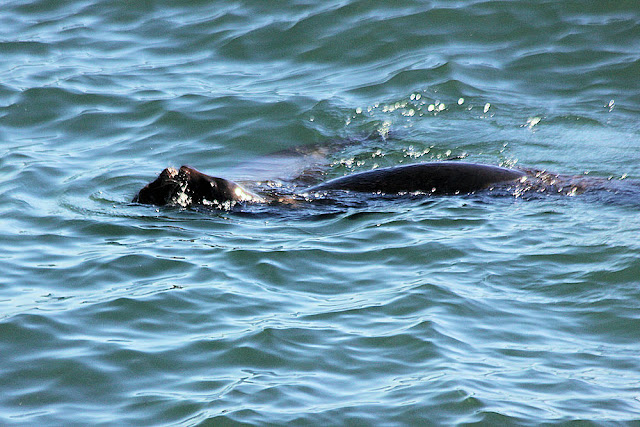 Those gulls really wanted that fish. 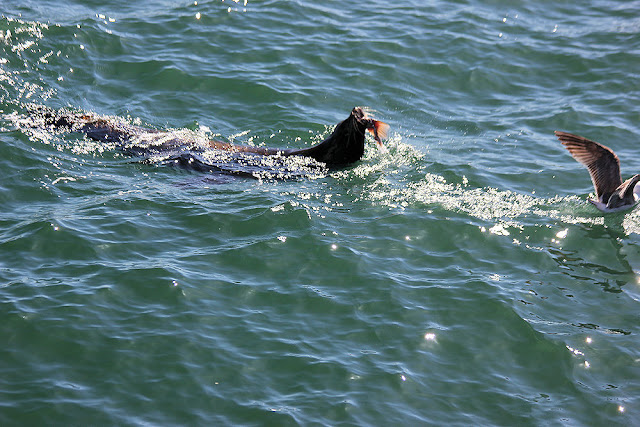 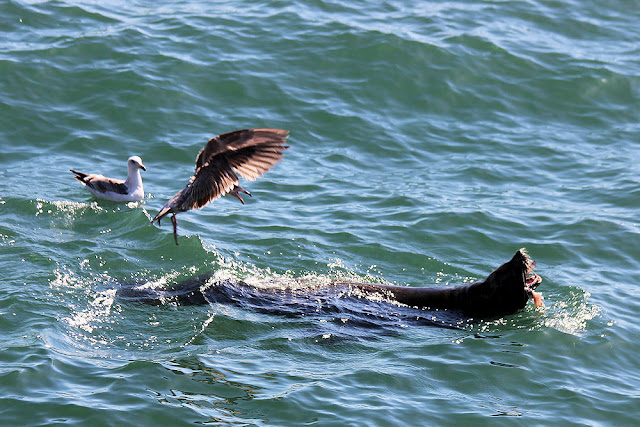 All the hovering overhead did not entice the seal to give away his catch. 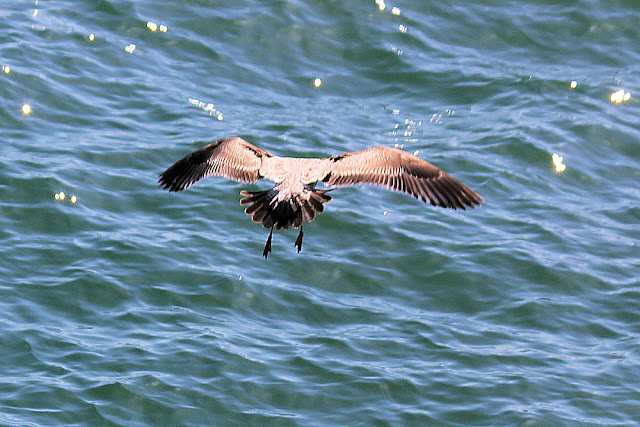 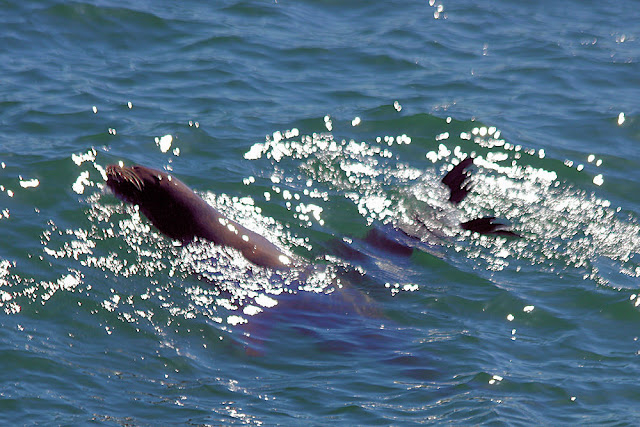 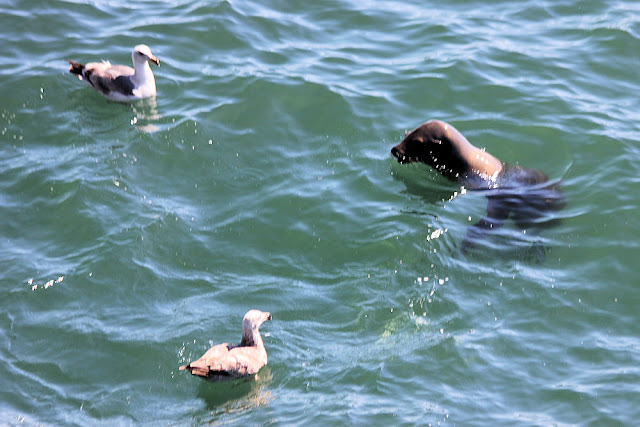 He almost looked like a big old puppy dog to me. 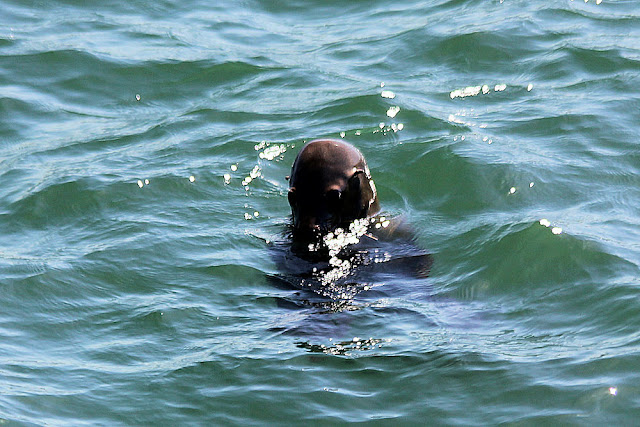 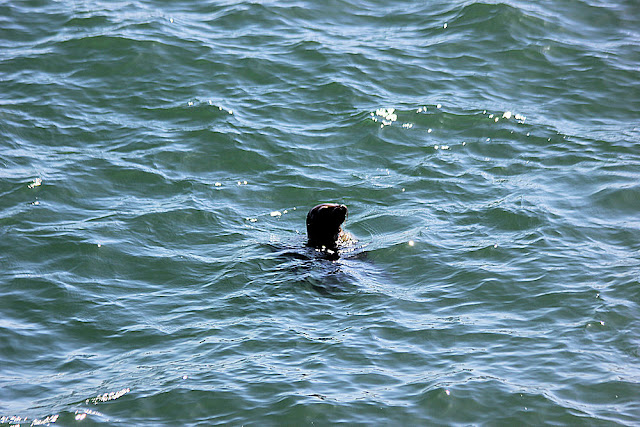 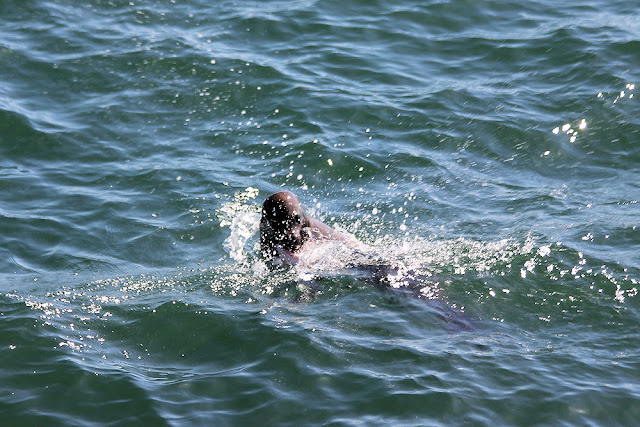 And then he was joined by his companion and off they went. 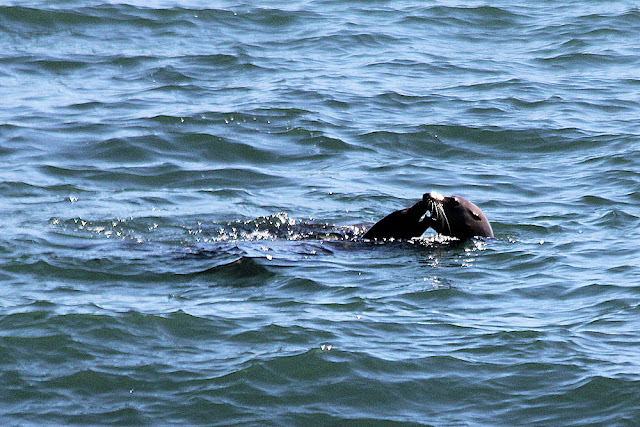 If you would like to see more photos of the seals I took on this trip, you can click on the tag below this post titled, "Seals".

Posted by DeniseinVA at 1:01 PM