We have learned that there are Roseate Spoonbills visiting Huntley Meadows, one of our favorite places we visit during the year.  There have been several photos local photographers have taken of them and shared on our local website.  I am not sure whether we will be able to get out there before they move on, and keeping fingers crossed!  In all the years we have been going to Huntley Meadows, this is the only time we have heard of them visiting. 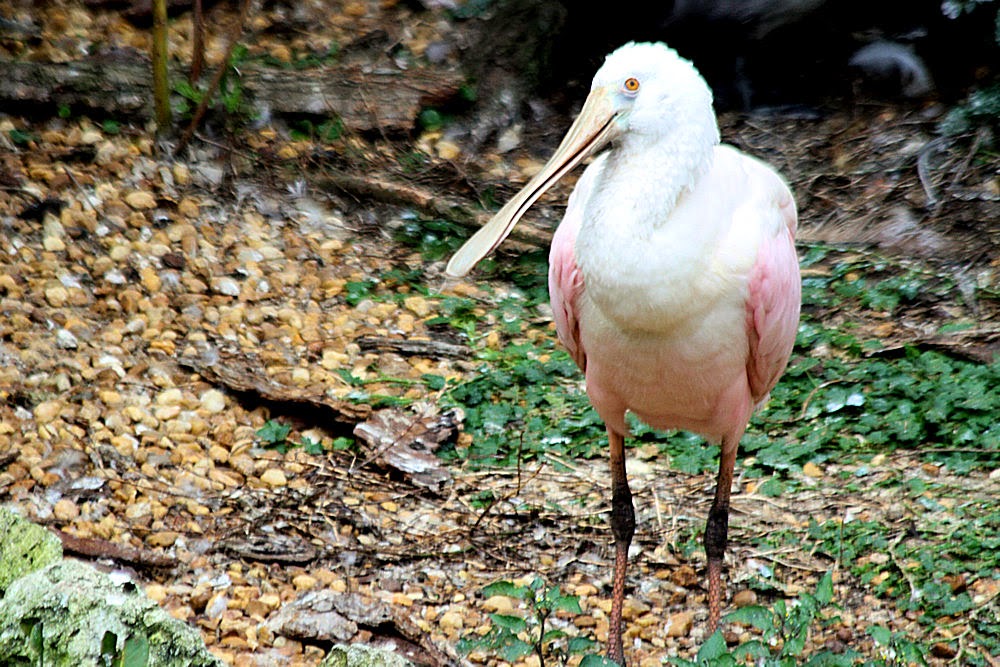 Must be positive about it, however.  In the meantime... 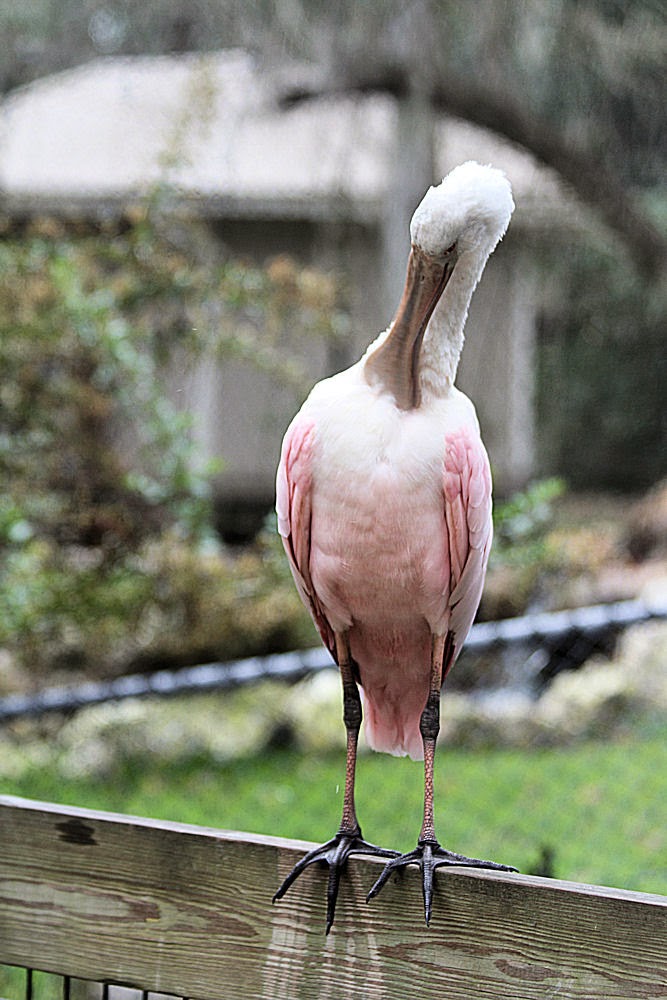 I am resharing these shots of one we saw years ago in Florida.  You can read all about him at this link.  Such an extraordinary bird! 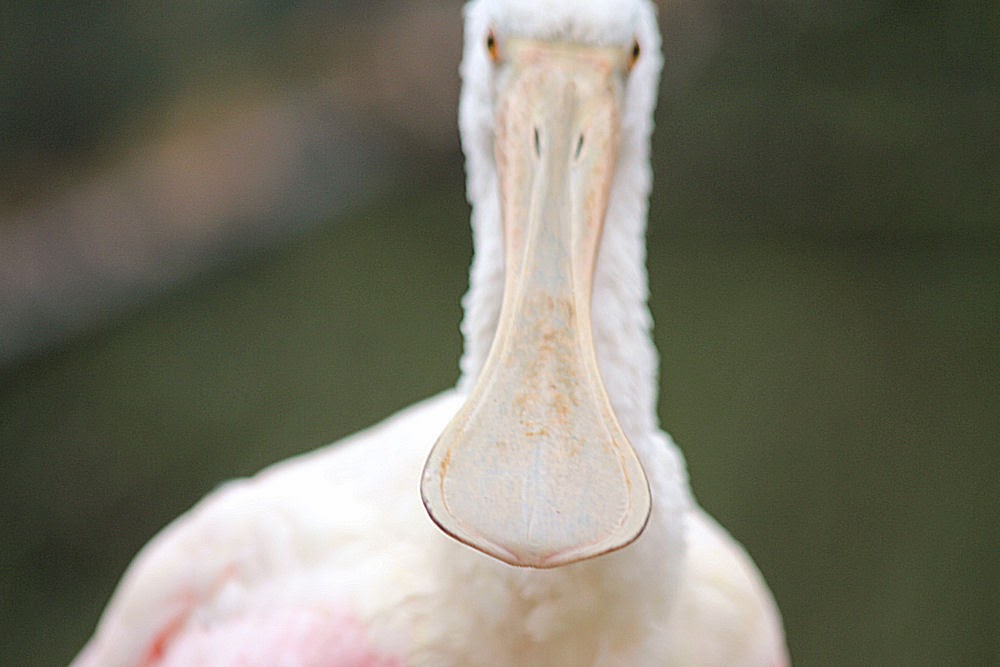 Did you know...
A group of spoonbills is a called a bowl.  Well, look over there, a bowl of spoonbills.  (I hope I see that bowl again one day.)
Just like Flamingos, Roseate Spoonbills get their pink color from their food.  They feed on crustaceans who in turn have fed on algae.
In parts of their range, especially in Florida, Roseate Spoonbills are sometimes confused with that large pink wading bird, the Flamingo! 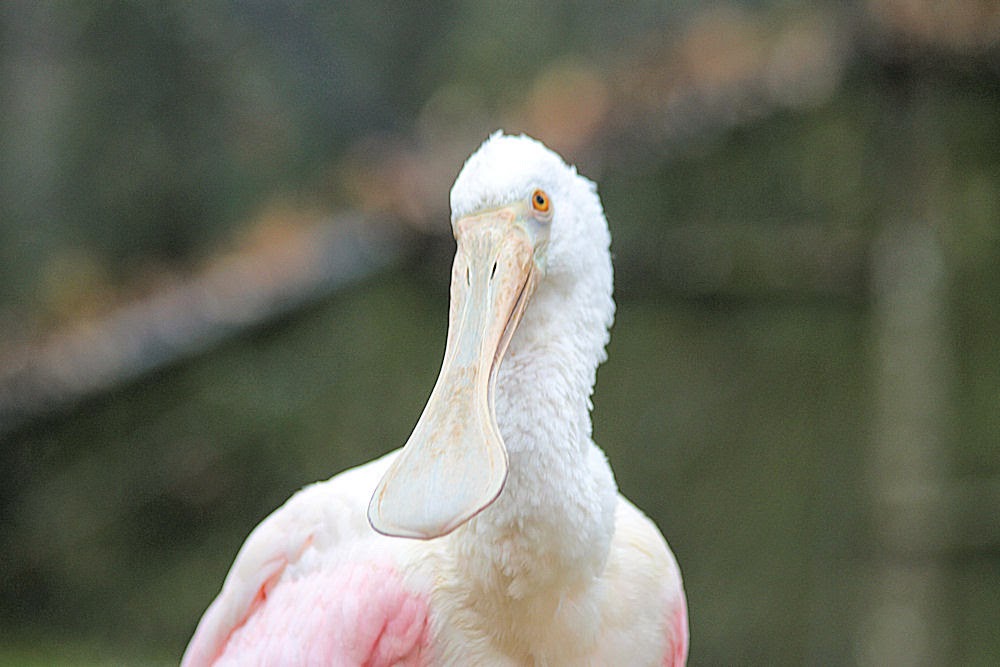 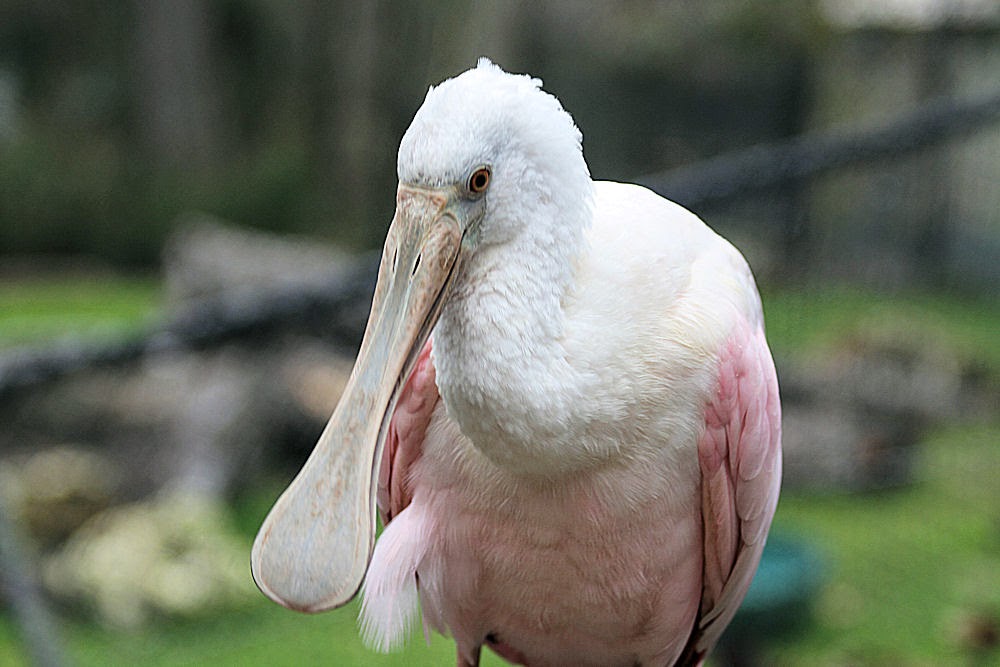 Spoonbills use their specialized bills to feed.  They sweep their open bills through the water, and when a prey item like a fish or insect comes between the mandibles, the bill snaps shut.
The oldest wild Roseate Spoonbill was discovered in the Florida Keys in 2006.  The bird had been banded in 1990, and was found to be 16 years old.  The previous known longevity record for the species was seven years.
Roseate Spoonbills are highly social.  They feed with each other and with other wading birds.  They also nest in colonies and fly in flocks. 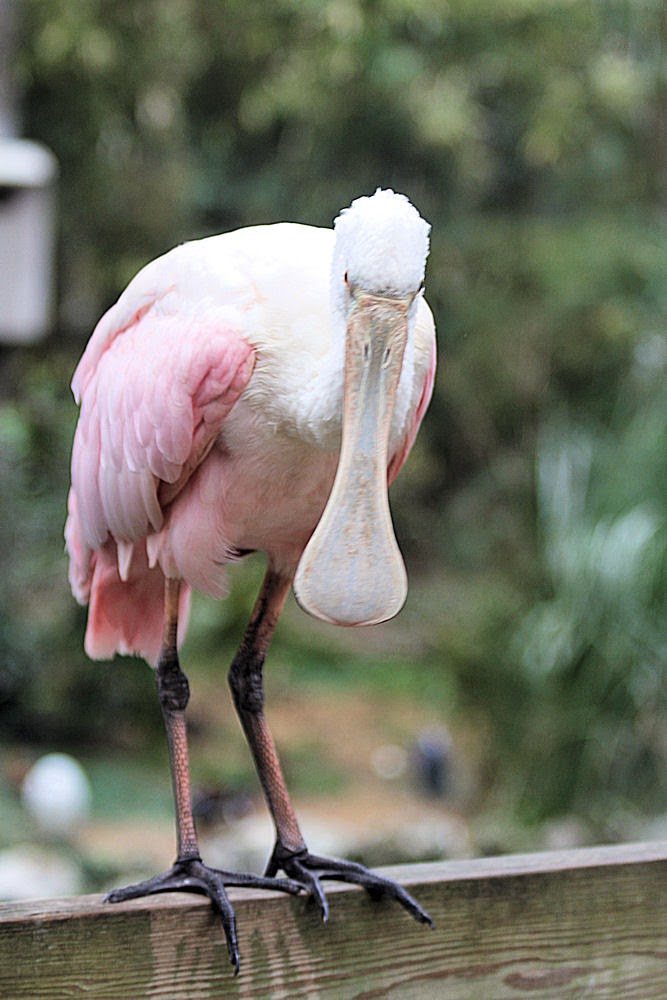 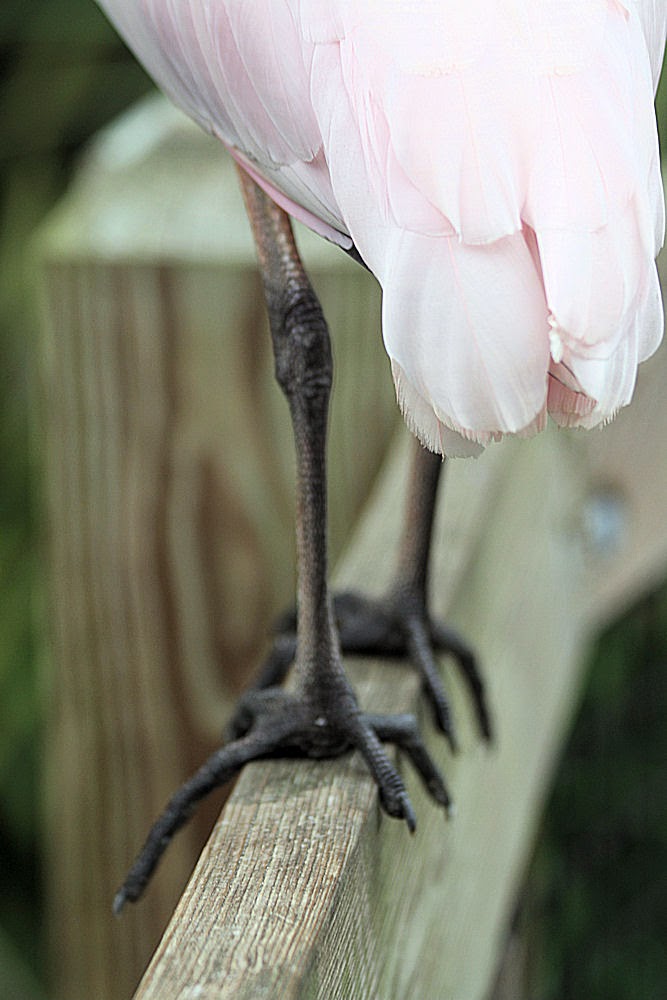 Something of the prehistoric when looking at these feet don't you think?  As mentioned above, Spoonbill are closely related to ibises whose fossil records are dated back 60 million years.  It is not known exactly when Spoonbills diverged from the ibises, since the fossil record is spotty.
A Spoonbill’s nostrils are located at the top of the bill, making it possible for the bird to breathe while the bill is under water. 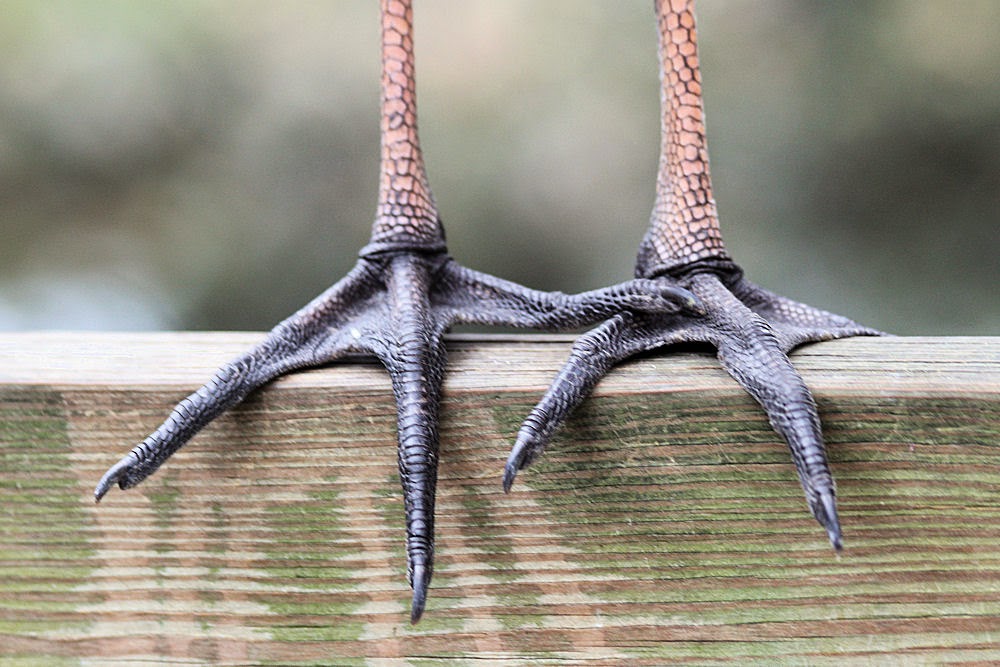