A QUICK TRIP UP TO SKYLINE DRIVE

At the end of June before it go too hot, we were eager for a trip to Skyline Drive because, like so many places we have put on hold, it had been well over a year since our last visit.  For a while we followed and admired the Rolls Royce with its convertible top.  Its driver had probably been waiting for a day like this too. 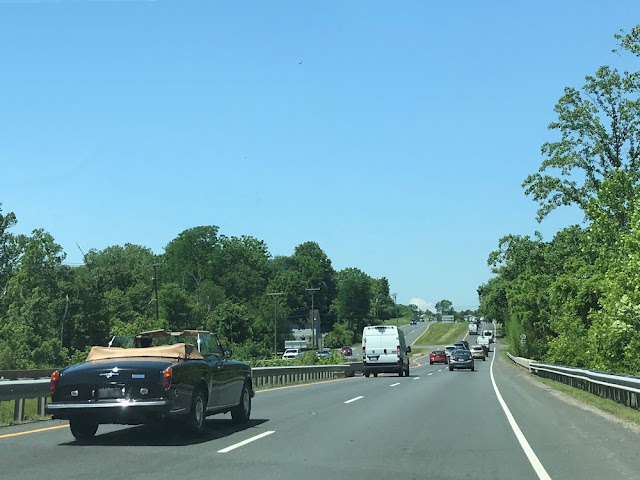 We drove through beautiful countryside and... 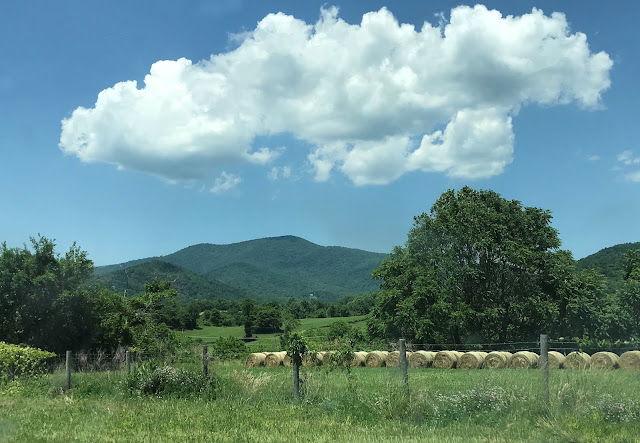 we reached the foothills in a little less than an hour. 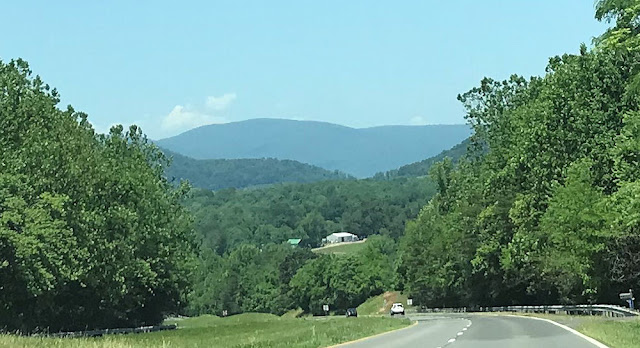 Not too long after we enter the Shenandoah National Park. 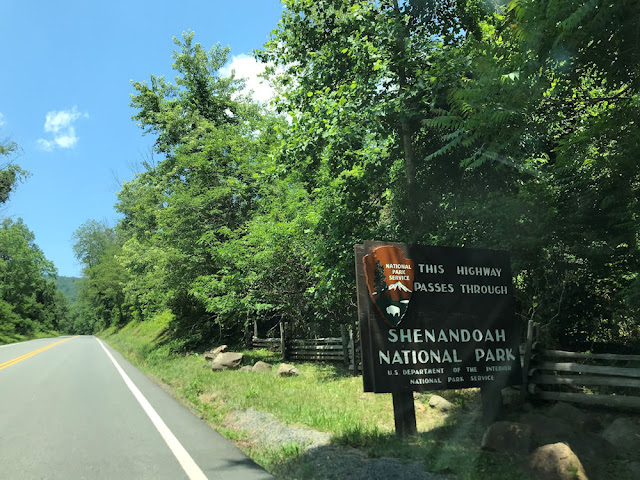 Today was a day for driving but we did stop at a few overlooks and took in all those incredible views. 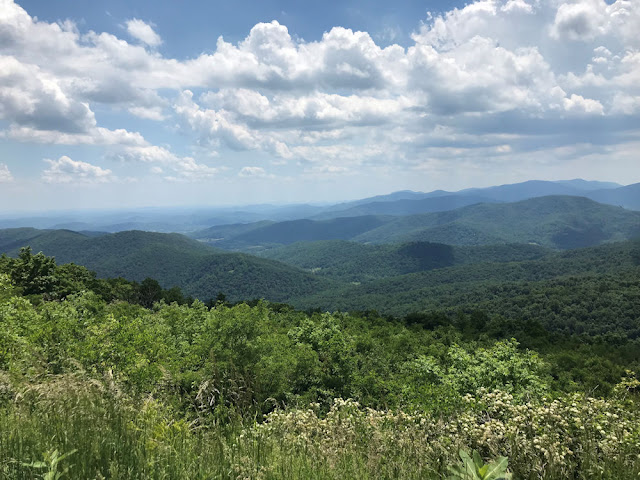 Skyline Drive is a 105 mile (169 km) road that runs the entire length of the National Park Service's Shenandoah National Park in the Blue Ridge Mountains of Virginia, and the road mostly takes you along the ridge of the mountains. 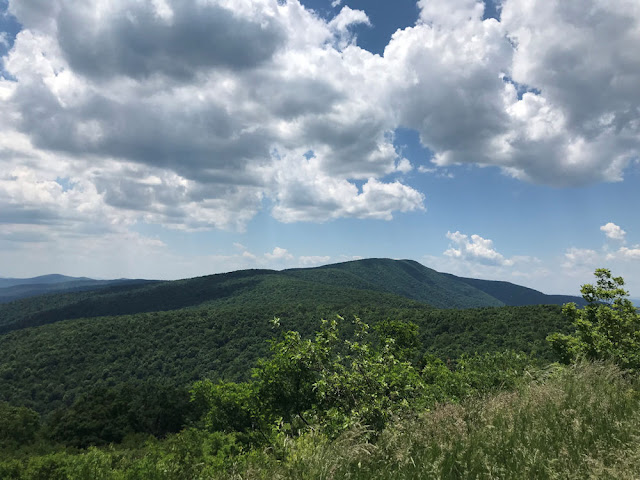 You can read about the history of Skyline Drive at this link. 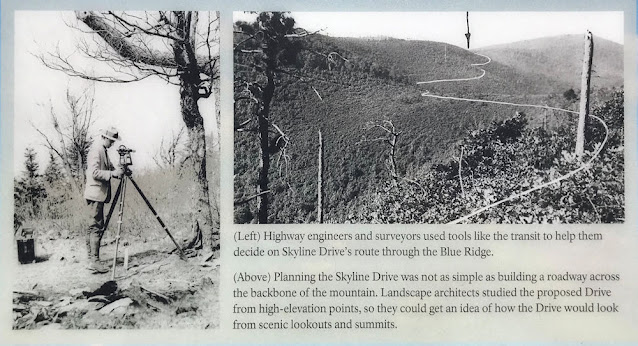 The above photo I took from part of one of those explanation boards you find at each overlook. 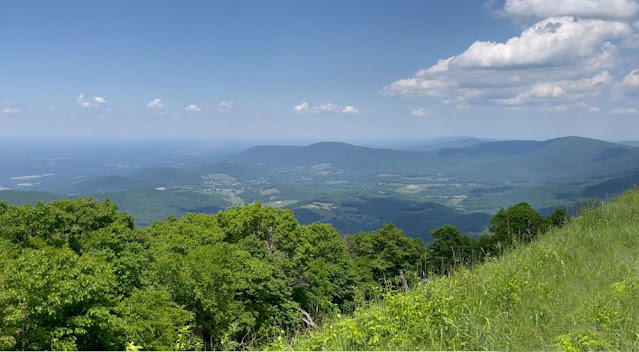 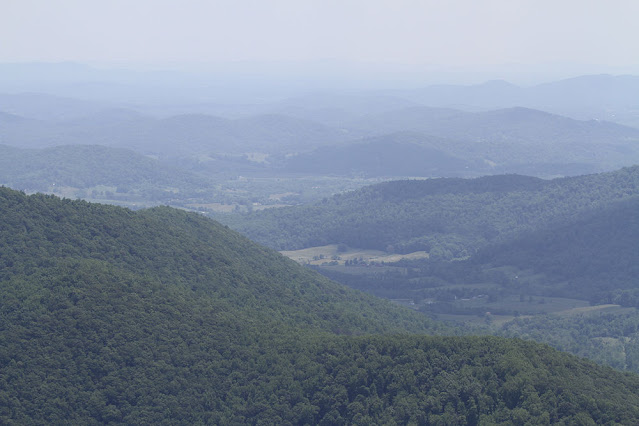 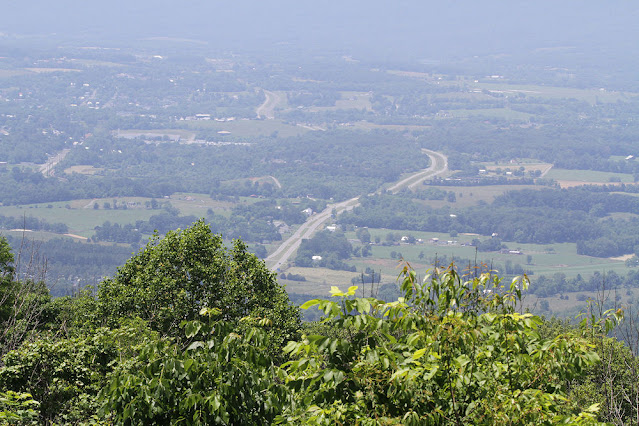 I could not pass up the opportunity to take a few photos of wildflowers.  This is one I had never noticed before and is a species of Catchflies (Silene).  It goes by many names: Bird’s eggs, bladder campion, blue root, bubble-poppy, cobwell, devil’s rattlebox, maiden’s tears, rattlebox, rattleweed, sea pink, snappery, white bottle, white hen, bladder silene and cowbell to name a few. 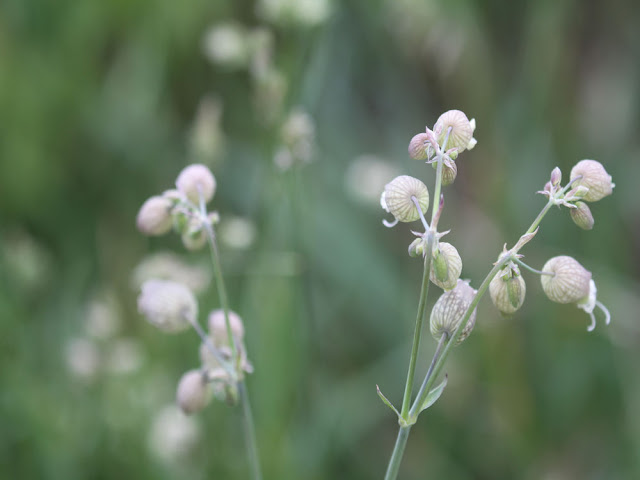 Its botanical name is Silene vulgaris and is native to Europe and western Asia but naturalized throughout southern Australia and in New Zealand. Nowadays it has been introduced in many other regions of the world, including ours.  It is very popular with pollinators, a perennial that grows in Spring, Summer and Fall.  Quite hardy too and it can survive in temperatures as low as -30 degrees Fahrenheit.  You can see more photos here. 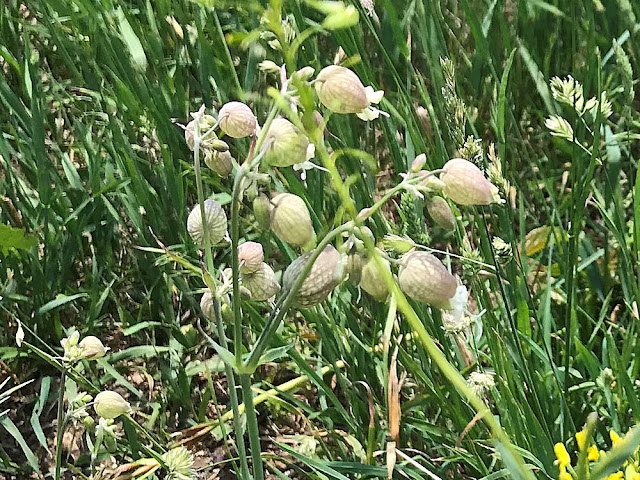 Next we have Yellow Sweet Clover (Melilotus officinalis).  It goes by many names also: Sweetclover, Yellow sweet-clover, Common melilot,  Ribbed melilot, Cornilla real, Yellow melilot and Field melilot.  A member of the legume family, sweet clovers are native to Europe but were brought to the United States as early as 1600 for forage and the production of honey.  The above and a lot more information was found here. 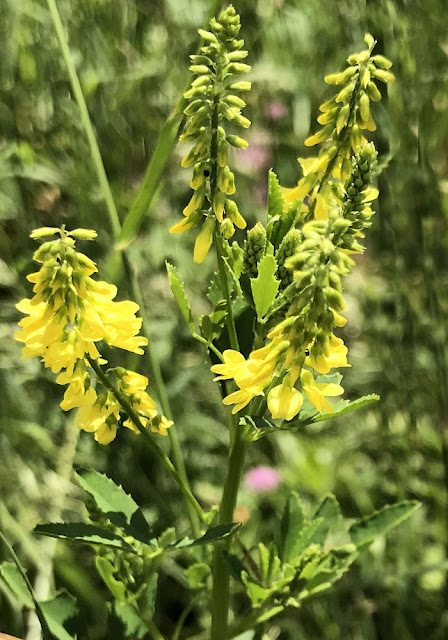 Next is a Common Milkweed which I found in the middle of tall grasses.  Its other names are Silkweed, Butterfly flower and Silky swallow-wort. Its botanical name is Asclepias syriaca and it is native to North America.  The genus was formally described by Carl Linnaeus in 1753, who named it after Asclepius, the Greek god of healing. Butterflies, especially Monarchs, use milkweed to lay their eggs, and it is the only plant that the developing larvae will feed on. Monarch populations are declining, and I am hearing of more and more people planting Milkweed in their gardens to help with the Monarch's migration and ultimate survival. You can read more information about Milkweed here, and there is a very interesting YouTube on Monarchs and Milkweeds here, where you will learn how important Milkweed is to this butterfly. 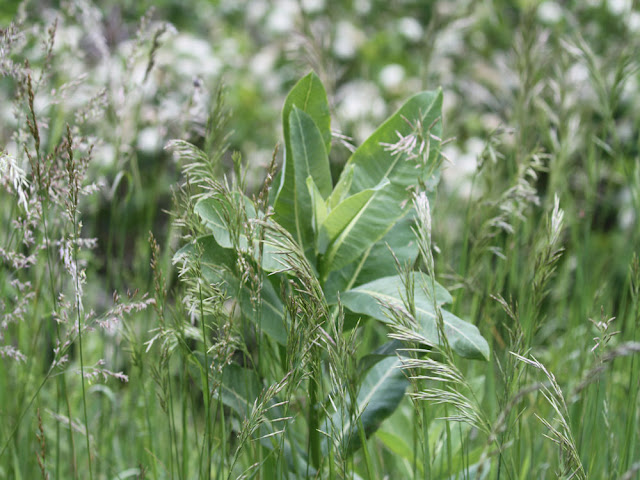 One of our shorter rides up here but very enjoyable nonetheless.

Thanks for looking and enjoy your day.