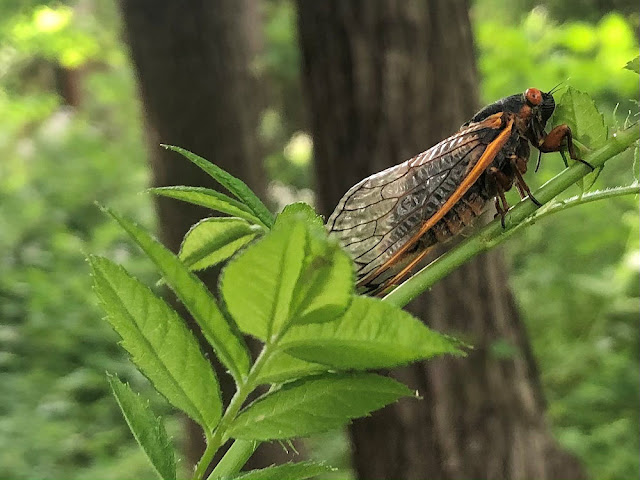 I am sharing our Son's cicadas.  It has been determined by his parents (us of course), that he and our Daughter-in-law definitely have more in their area than we do around our home. 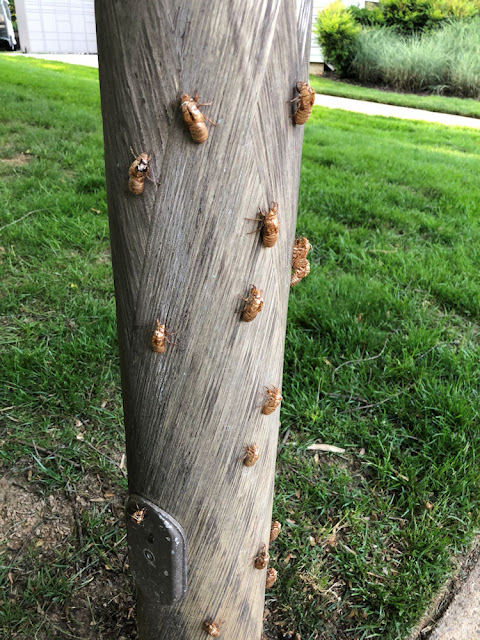 (These are ones where all you see are their molted outer shell.)

We have a few in comparison but I suppose it's early days yet.  If I sound disappointed I am not.  We have trees in our yard but their home backs onto a wood.  We exchange photos via text from our trips out, even around our garden if something of interest comes up.  They enjoy walking each day and have their own interest with things in nature.  I am very happy about that. 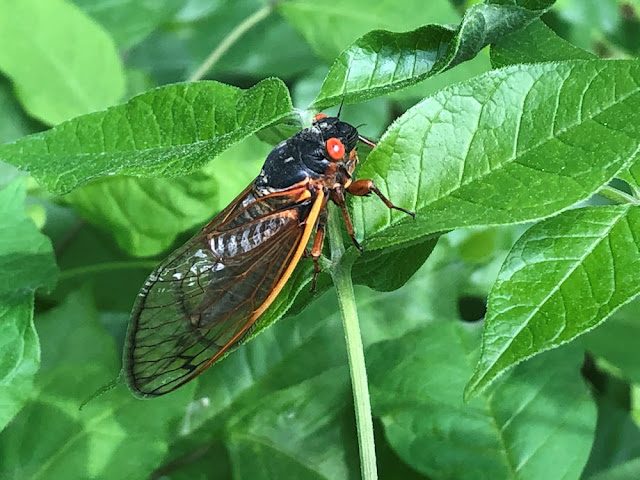 Interesting facts about Cicadas according to this website, is that "periodical cicadas - the ones with 13 or 17 year cycles, first made an appearance in scientific literature about 300 years ago.  These cicadas are distinct from the ones that make an appearance every summer.  The periodical cicadas remain juveniles for more than a decade, until hormones kick in and turn them into adults." 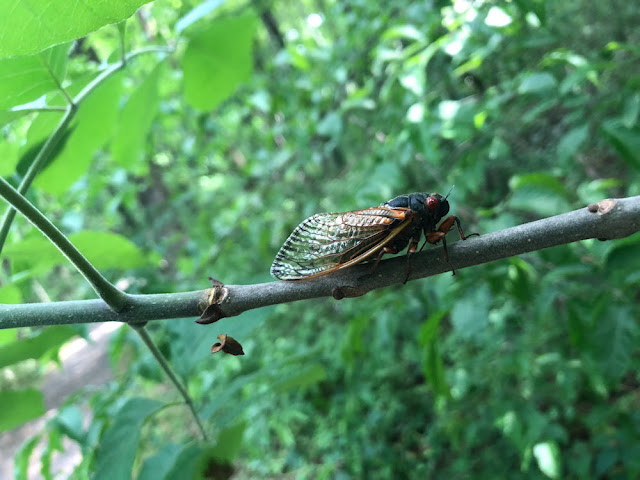 They continue to say that "there are several 'broods' or groups of these cicadas across the eastern United States.  Each brood emerges in the same year and in approximately the same geographical area - sometimes a small area, and sometimes a larger one. 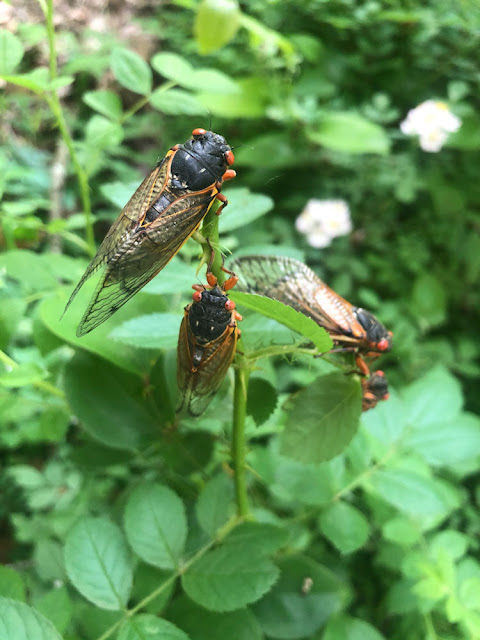 Biologists have been closely following the cicadas  for centuries, and in that time have uncovered some interesting things about these insects. 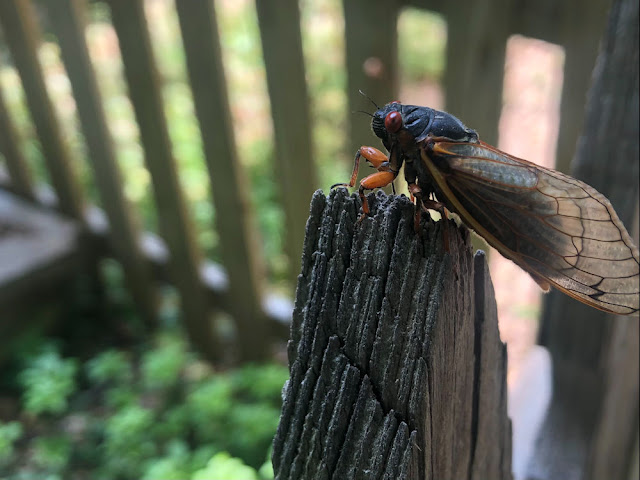 Periodical cicadas only live in one area worldwide: in the United States, in areas east of the Great Plains.  These species moved there after the last glaciers began leaving the area some 18,000 years ago.  The ice would have been inhospitable to the cicadas beforehand.  You can read much more about them here. 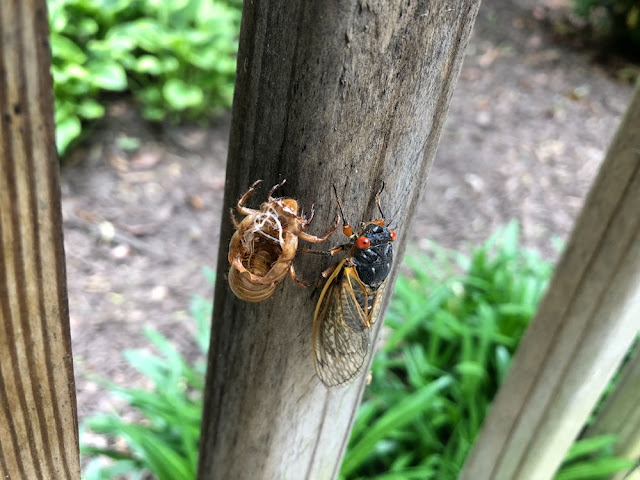 According to the link here, cicadas live on all continents except Antarctica, and they thrive in warm environments - especially the tropics.  Therefore you will find them in Latin America, Australia, Southeast Asia and the Western Pacific, and South Africa hot spots.  There are more than 170 described species throughout the U.S. and Canada, and the U.S. alone is home to 15 groups (broods) of cicadas with varying life cycles.

An annual cicadas can live between two and fives years, and a periodical cicadas can live for up to 17 years in the larva stage.  That's not quite as long as queen termites which are thought to live 50 to 100 years, but it's far more impressive than the average life span of a housefly which is 15 to 30 days.  Cicadas, like most insects, live the majority of their lives in the immature stages of development.  While some can remain underground for more than a decade, they typically die only a few weeks into adulthood.

(In the above collage you will see they are in various stages of molting.  The ones on the bottom 2nd from left and first on the right, have shed.  Once their skins harden their colors change like you see in the other photos.) 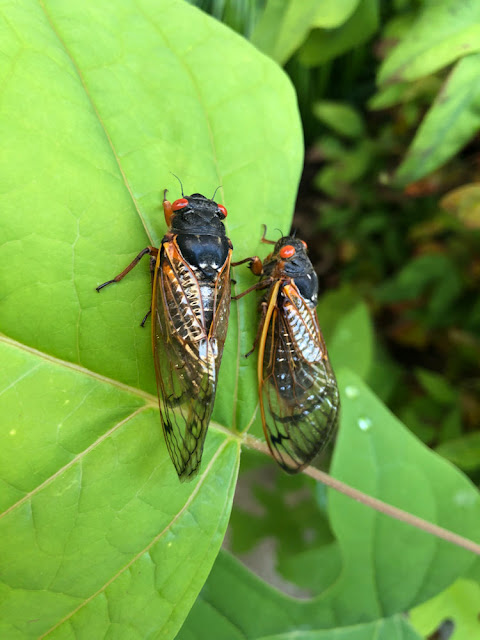 Another website of interesting facts can be found here, and another here.

That's all from my Son's cicadas photos.  But I'll end up with one more photo and a video of his.  The first are wildflowers, Philadelphia fleabane.  I will share it again sometime and add more information... 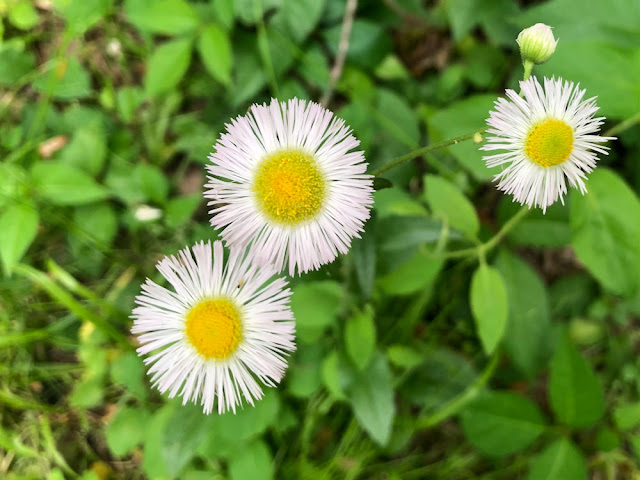 and this video.  He was walking along the path and came across a deer.
You can click on the link below to take you to more fascinating photos.  It really is a fascinating phenomenon.
https://www.buzzfeed.com/daves4/brood-x-cicada-pictures
All for now!  Hope you have enjoyed.  I know they are not everyone's cup of tea, but this has been quite an experience for us and as I always do, I enjoyed learning about them.