I got up early this morning. It is 4.45 a.m. and there is a fine blanket of snow everywhere. Thankfully it seems to have stopped. From what I have heard on the weather reports it isn't going to be more than an inch deep around here. 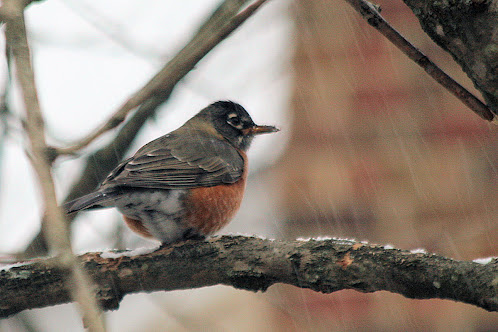 Yesterday I was more interested in how icy it was going to get as when I went to collect the mail at around 6.30 p.m., it was sleeting and everything was covered in ice, especially our driveway which is on a hill and can be very treacherous in bad weather. I thought it prudent to go down to the mailbox at a 45 degree angle on the grass, and even that had a fine sheet of ice on it but it was better than the alternative. I got back up without too much difficulty and only felt myself sliding a couple of times. 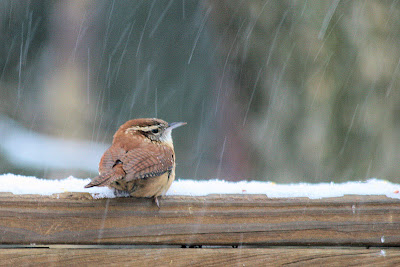 An hour later it had started to snow and was still snowing when I went to bed at 11.00 p.m. This morning all is quiet. I will be filling up the bird feeders first thing and throwing out the peanuts. In the top photos we start off with an American Robin and a Carolina Wren. Below is a Dark-Eyed Junco. 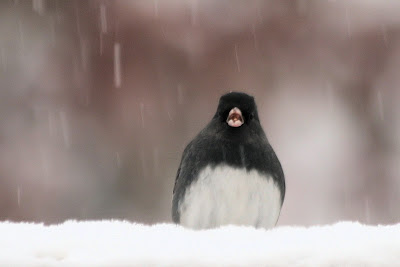 The photos of all feathered friends were taken during the last dusting of snow a couple of weeks ago. Below is a male Cardinal. I love his bright red coloring against the white of the snow. 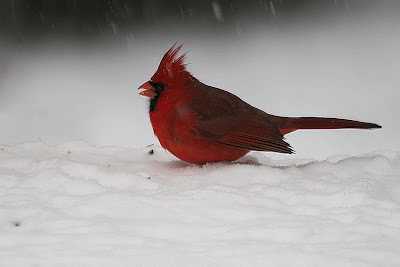 The Blue Jay was taken the following day when the snow had stopped and the sun was out. It is always a race between the Blue Jays and the Squirrels to get hold of the peanuts. 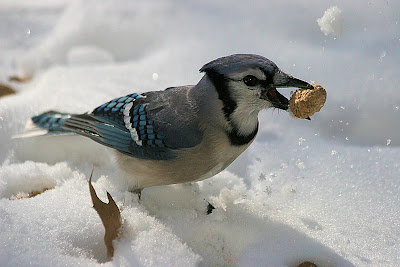 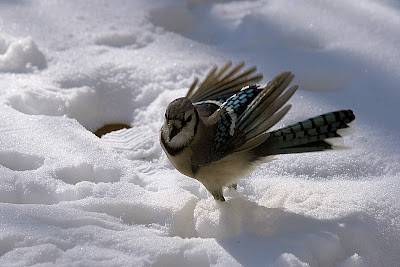 Last photo is that of a female Cardinal. Her mate turned up a little while later. 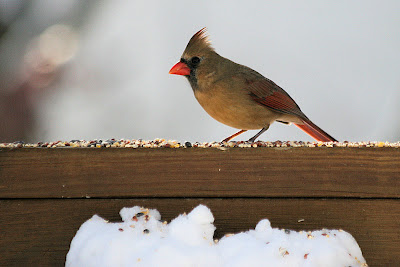 Added note to this old post on February 20th, 2021. While we are not going out anywhere I will be sharing several old posts.  This one was dated January 12th, 2011 before hubby had retired and was traveling out of state on business.