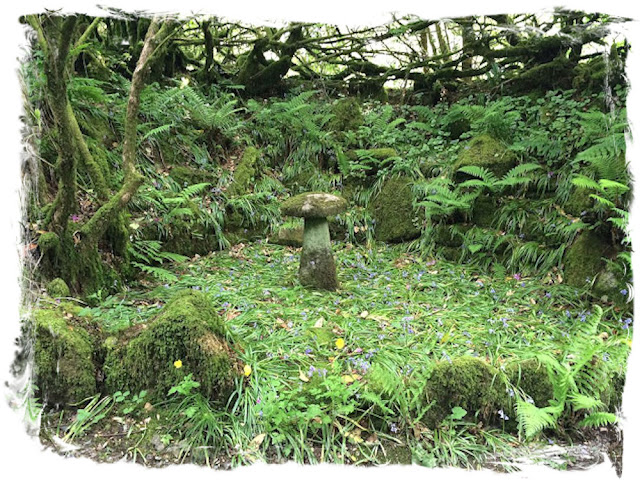 If you click on the links below you will be able to read a wealth of information.

What color is Absinthe?

Okay, I am a tad embarrassed here as in my research I found Absinthe was actually an alcoholic drink of Swiss origin.  There are days when I feel I have lived my life in a bubble, so I am not talking about the colors in M & M's apparently.  It is "historically described as a distilled, highly alcoholic beverage, an anise-flavored spirit derived from botanicals including the flowers and leaves of Artemisia absinthium (grand wormwood), together with green anise and sweet fennel, and other medicinal and culinary herbs.

Absinthe traditionally has a natural green color but may also be colorless.  It is commonly referred to in historical literature as la fée verte (the green fairy).  It is sometimes mistakenly referred to as a liqueur, but is not traditionally bottled with added sugar and is, therefore, classified as a spirit.

New Orleans has a cultural association with absinthe and is credited as the birthplace of the Sazerac, perhaps the earliest absinthe cocktail.  The Old Absinthe House bar on Bourbon Street began selling absinthe in the first half of the 19th century.  Its Catalan lease-holder, Cayetano Ferrer, named it the Absinthe Room in 1874, due to the popularity of the drink, which was served in the Parisian style.  It was frequented by Mark Twain, Oscar Wilde, Franklin Delano Roosevelt and Frank Sinatra.  You can find more names on this list.  And it has quite a history, banned in most of Europe and the United States by the early 1900s.  The bans persisted for over a hundred years.  Personally I wouldn't touch it with a barge pole.

Where is The Sea of Tranquility

"(also known as Mare Tranquillitatis), the Sea of Tranquility is a lunar mare that sits within the Tranquillitatis basin on the moon (the lunar maria are large, dark, basaltic plains on Earth's Moon, formed by ancient volcanic eruptions. They were dubbed maria, Latin for "seas", by early astronomers who mistook them for actual seas)."

Which country has the world's most ancient forest?

The Daintree Rainforest in Australia.

"Its age is 100 to 180 million years' old and is 460 square miles on the northeast coast of Queensland.  The Daintree is part of the largest continuous area of tropical rainforest on the Australian continent.  The Daintree Rainforest is part of the Wet Tropics of Queensland Rainforest, that spans across the Cairns Region.  The Wet Tropics Rainforest (that the Daintree is a part of) is the oldest continually surviving tropical rainforest in the world.  Along the coastline north of the Daintree River, tropical forest grows right down to the edge of the Sea."

What bulbs were once exchanged as a form of currency?

"Tulip mani (in Duch tulpenmanie) was a period during the Dutch Golden Age when contract prices for some bulbs of the recently introduced and fashionable tulip, reached extraordinarily high levels, and then dramatically collapsed in February 1637."

"Tulips were originally found in the central Asian mountainside of central Tien Shan, and the Pamir, and were successfully gardened during the Ottoman Empire. The tulip was introduced to the Netherlands in the early phase of the 1600s by the normal trade route, and what followed came to be known in history as the Tulpmanie, the Dutch synonym for Tulip Mania.  The early 17th century saw a rise of an affluent middle-class gentry in the Netherlands.  Tulips, being new to the European markets at that point in time, quickly caught the fancy of the Dutch middle class.  Dutch botanists engaged themselves in crossbreeding different varieties known as "cultivars".  These cultivars began to be exchanged within the network of scholars.  The network seemed to be ever-growing until the time came when it was not limited to known acquaintances.  It all happened during the winter months of 1636 to 1637, when tulip bulbs, which require 10 to 12 years to bloom, were dormant, and the flowers could not be traded in physical form.  The trading actually happened with contracts where the buyer bought the rights to acquire a bulb at a later date when it bloomed.  The contract was a transferable one, and quite obviously, changed multiple hands, sometimes multiple times a day.  The inevitable happened, and the contracts suddenly rose in demand, and following the laws of economics, prices shot up.  These contracts, rather these tulip contracts, became a negotiable instrument, till one day when the prices rose so high that the demand become non-existent.  There was a time when the contracts were not honored, and suddenly the Dutchmen found that they had paid a huge price for their favorite tulip.  According to the British Broadcasting Corporation, a single bulb of a special variety of tulip was valued at 5,500 guilders in 1633 (guilders were the currency of the Netherlands until the adoption of the Euro).  Merely 4 years later the value rose to 10,000 guilders.  It is said that the value was sufficient enough to purchase one of the posh villas in Amsterdam in lieu of cash.  The rich and the poor alike had joined in the trade of speculation.  According to unconfirmed reports, tulip contracts changed hands with 10 times the value being realized at the end of the day with respect to the start.  There are numerous records that property was sold or negotiated in exchange for the bulbs.”

It is a fascinating history and you can read more of this here.

What is the hardest rock?

However, I was surprised to find that "there is something even harder than the Diamond, which was once thought to be the hardest and the most incompressible material on earth, either natural or man-made.  Although the diamond is still considered the hardest, the bulk modulus of the metal osmium has recently been found to be 476 GPa.  That is over 7% more incompressible than the diamond, but it is never found pure enough in nature to challenge the diamond."

You can read this information here.

What is the painting "La Gioconda” more usually known as?

"The Mona Lisa is a half-length portrait painting by Italian artist Leonardo da Vinci.  Considered an archetypal masterpiece of the Italian Renaissance, it has been described as the best known, the most visited, the most written about, the most sung about, the most parodied work of art in the world.  The painting is probably of the Italian noblewoman Lisa Gherardini, the wife of Francesco del Giocondo, and is an oil on a white Lombardy poplar panel.  It has been believed to have been painted between 1503 and 1506.  However, Leonardo may have continued working on it as late as 1517.  It was acquired by King Francis I of France and is now the property of the French Republic itself, on permanent display at the Louvre in Paris since 1797.  The Mona Lisa is one of the most valuable paintings in the world.  It holds the Guinness World Record for the highest known insurance valuation in history at US $100 million in 1962 (equivalent to $660 million in 2019).”

I hope you have enjoyed this month's quiz.  I enjoyed sharing it with you and I learned a lot when finding out about each one.

Have a great day!

(I saw this pretty scene at the side of a country lane while visiting Dartmoor National Park, England in 2015)

Posted by DeniseinVA at 5:31 AM