IN THE BACK OF THE GARDEN...

yesterday evening, we had a surprise visitor.  An interesting coincidence considering I have been sharing my raptor posts over the last few days. 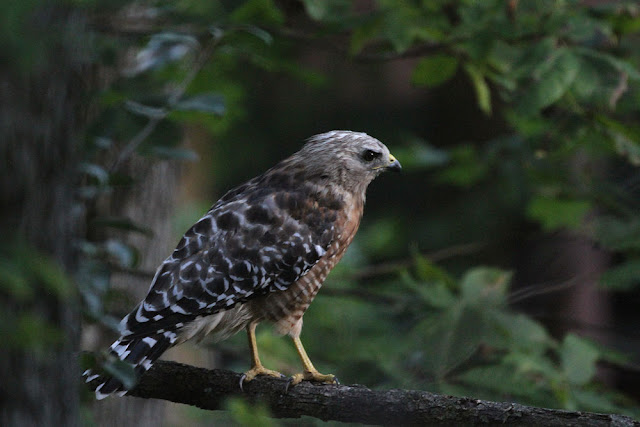 Also a surprise as we haven't seen one around for at least a year.  And as I haven't been filling my bird feeders lately, the birds have been elsewhere.  I am hoping David of Travels with Birds will pop in and let me know this hawk's name, as he did before, twice because I invented a new species the first time he told me, which made me laugh when he came back and mentioned it. Thank you for the chuckle David.

Added note 5:40 p.m. 8-15-20:  David has very kindly ID'd  my visitor as a Red-shouldered Hawk.  Thank you so much David for your generosity of knowledge and for your patience with my faux-pas! 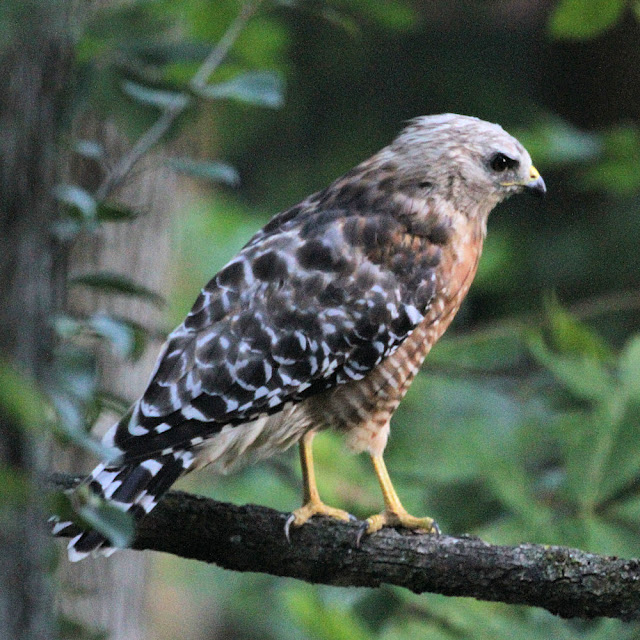 We still have our young bear roaming the area.  There was another photo on our local neighborhood app, of someone's bird feeder that had been placed at the top of a high metal pole.  The metal pole had been bent double down to the ground.  Another photo actually showed the bear leaning over a fence, stretching its paw to reach the feeder.  Another time a security camera showed a bear walking across someone's front steps.  We have been asked not to leave food out which I don't do, but in the colder months I fill up my bird feeders.  This year, however, because of spending more time at home, I have extended my 'bird time'.  So, to keep both people, pets and bears safe, I am trying to do my part.  I keep looking out back when I put our lights on for the night, expecting to see a bear on our deck.  Half hoping but half not, because we wouldn't want to find Mr. or Mrs. Bear sitting at the kitchen table one morning waiting for their breakfast, would we? 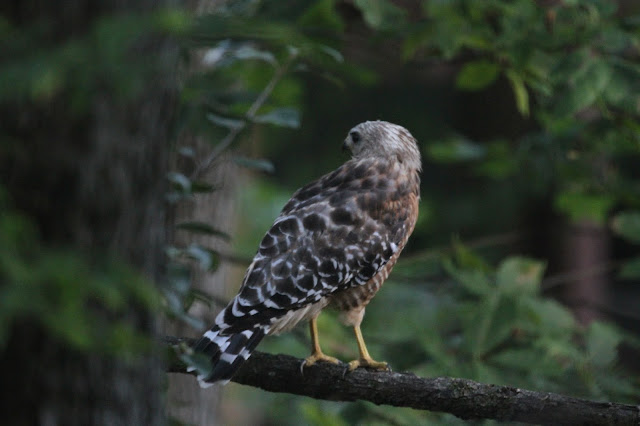 I only had a few moments to take my photos before it flew off.  Earlier that day a cardinal sat on a branch not too far from the window, looking a little disgusted that I hadn't filled those feeders.  Am I transferring?  No doubt!  But there is a dish of water ready and waiting, which he was grateful for I'm sure in this hot weather.  Transferring again!   Not the clearest shot as I realized I had taken my photo through the window screen after he flew away. 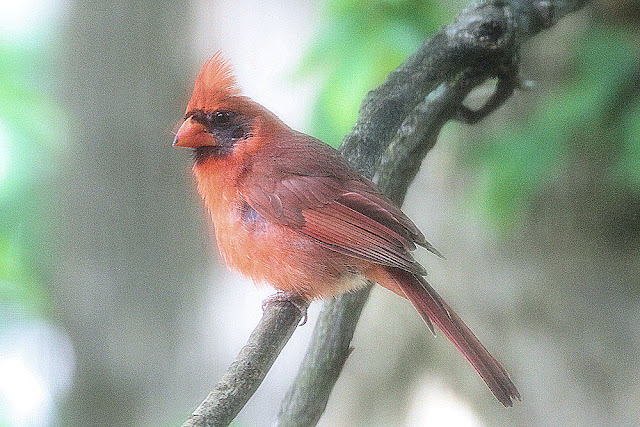 And here's our regular visitor, who now looks at me in complete disgust!  You should have seen the look when I stopped buying peanuts still in their shells to scatter outside. 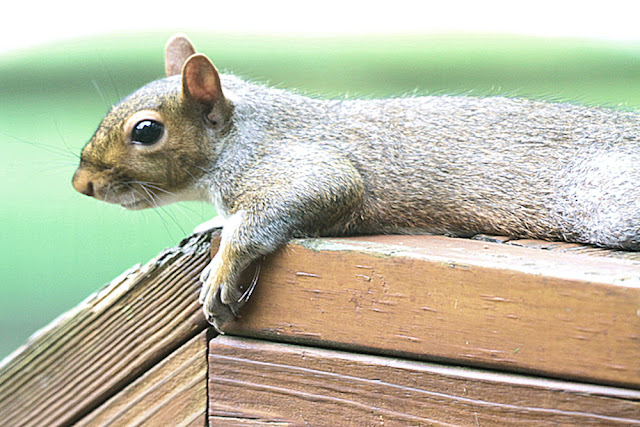 He and I had words after I found he had been sharpening his teeth on our deck rail.  We are waiting for an estimate on repairs.  Can't complain, and there is a lot of wear and tear as we have lived in this house for 30 years and have had to do very little other than sanding and staining. It's time! 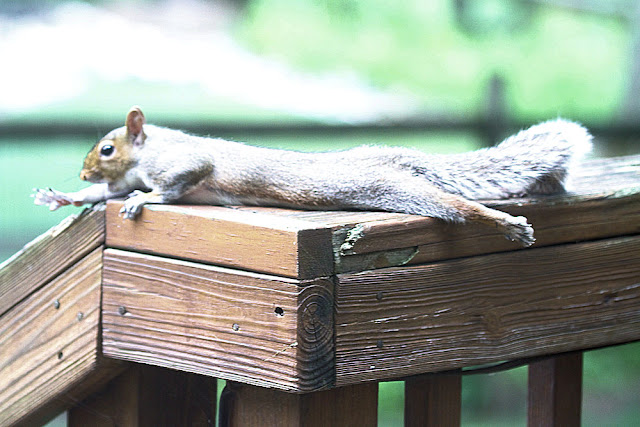 Here you can see him telling his companion to stay back as he was resting. 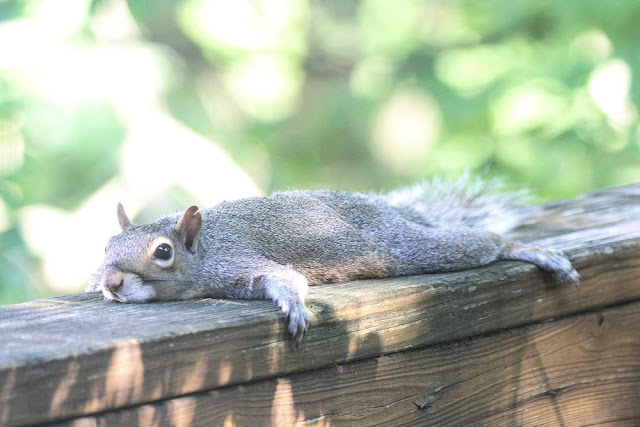 But it wasn't long before he had company. 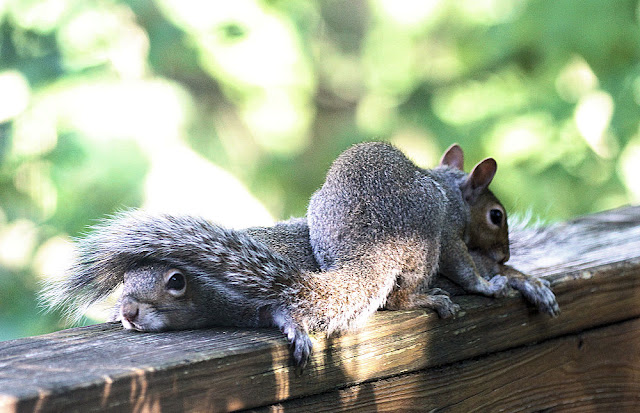 Rolling his eyes up to the sky, it wasn't too long before he decided to get up and go.  "I'm out of here and going to try and find another quiet spot" he said. 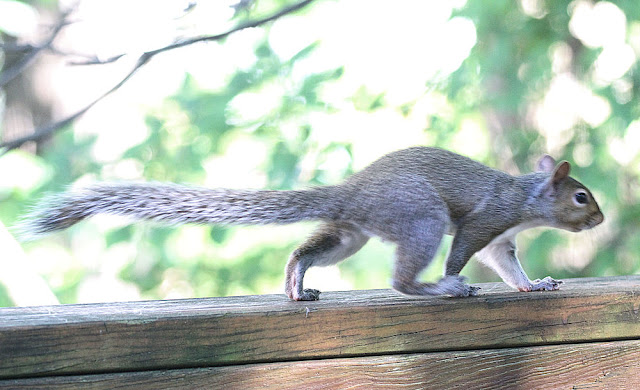 I hope this post has brought you a smile, that you are all well out there and keeping safe.  See you on Monday and... 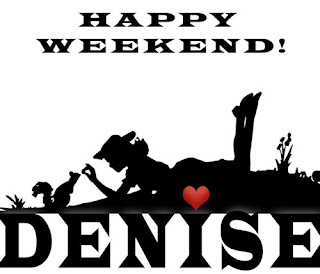