Thank you David (Travels With Birds) for sticking with me until I got its ID correct!  I really appreciate your help.  David identified this beauty as a Red-shouldered Hawk.  Also my thanks go to Dorothy of the Frog and the Penguin for steering me in the right direction. 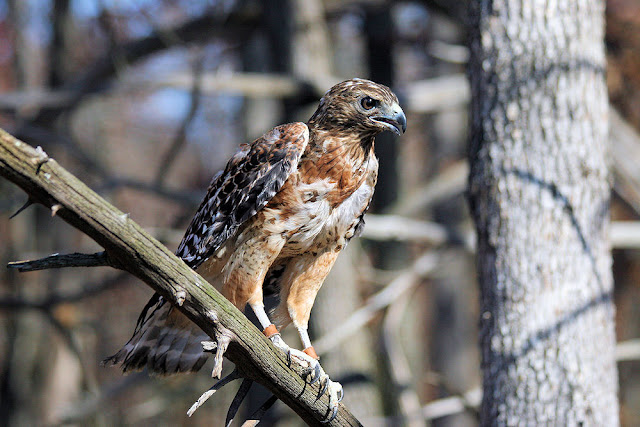 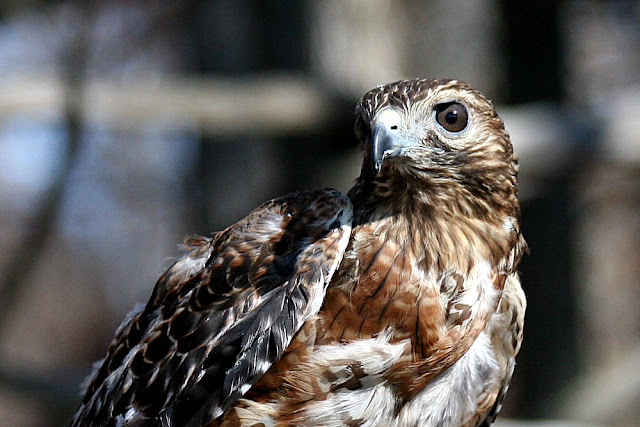 For me, I have enjoyed looking back at several posts I made, and I will share those also at another time. 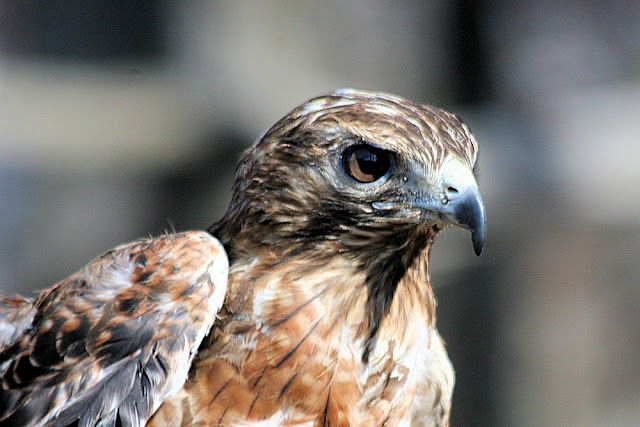 I am not sure what type of hawk this is.  I mislabeled it originally, trying to keep up identifying the many I saw that morning, being new to birding, particularly birds of prey. 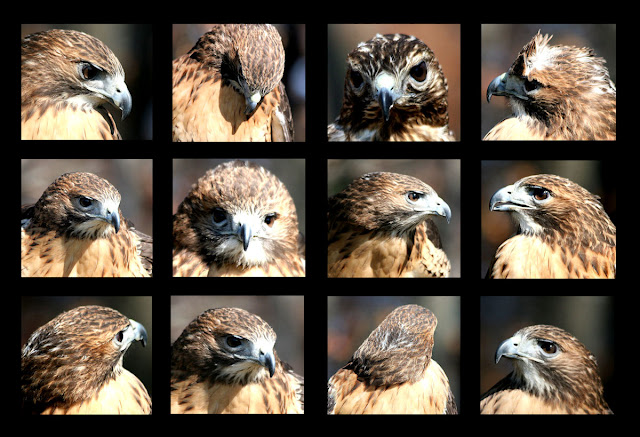 I am still learning so perhaps someone more knowledgeable would help me out.  I looked online at several birds and they all looked so alike, even as I tried to identify feather patterns, color of eyes, beaks and claws. 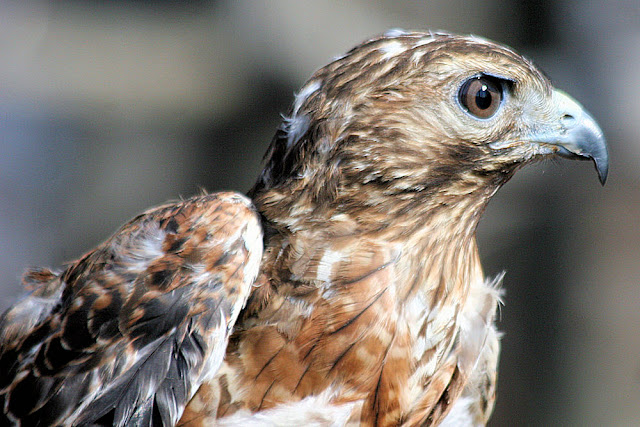 I read about a demonstration given by The Raptor Conservancy of Virginia, which would be held in the open air on the grounds of a university about 45 minutes from where I live.  This was long before my sweet other half had retired so I went on my own, quite excited at the first-time prospect of seeing raptors up close. 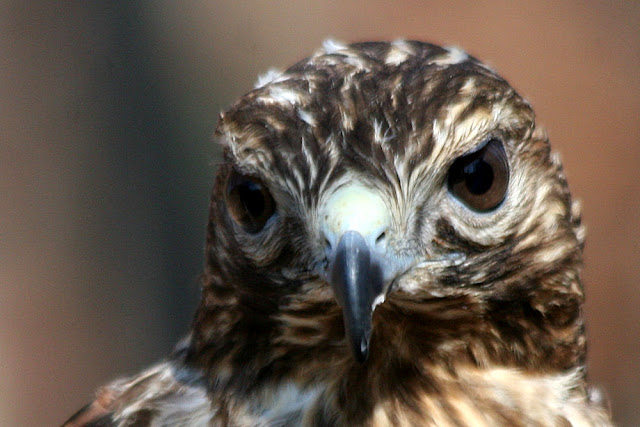 The birds have a permanent home at the Conservancy.  They were brought there to be cared for and rehabilitated after being injured.  Unfortunately the ones I saw could not be fully healed and returned to the wild.  They were now used for educational purposes. 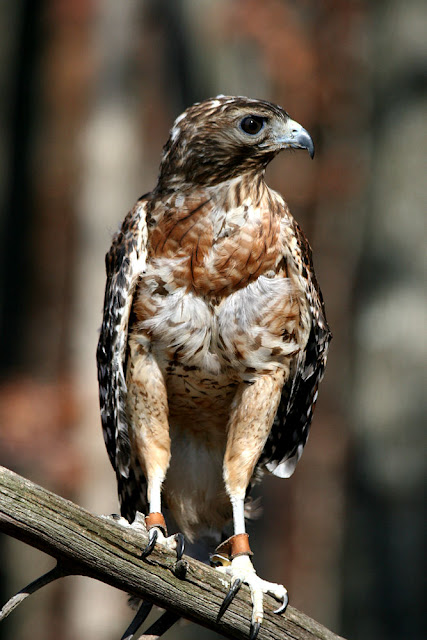 Taken good care of by their handler was very obvious, as she showed a lot of affection for them.  She was, in fact, quite protective, making sure we spoke quietly and didn't get too close. 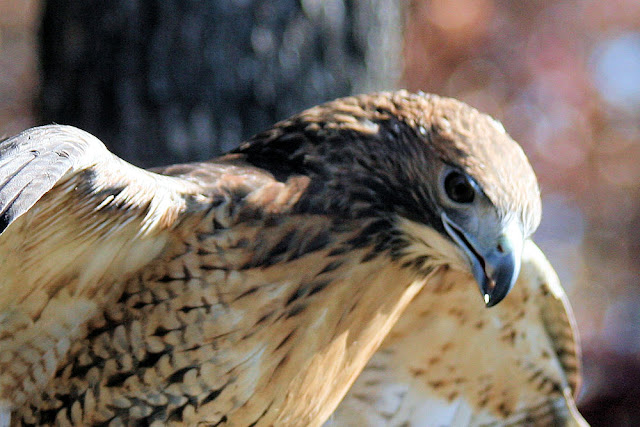 I had joined a small group of fellow bird lovers/camera enthusiasts, who were as enthralled as I was.  For over an hour we were all delighted to be close to this beauty and others, as we were introduced to several amazing birds. 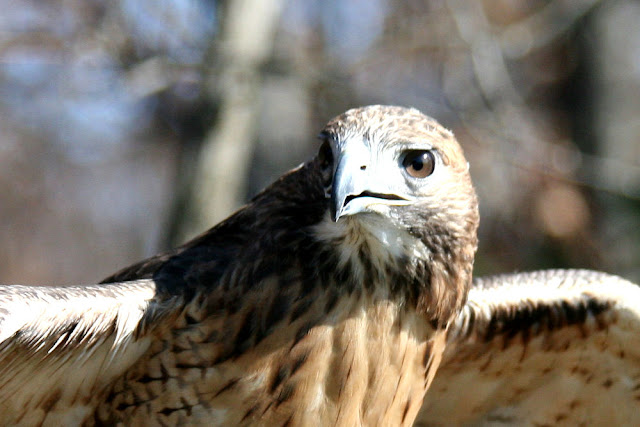 We were as quiet as could be so as not to startle them, having had a preparatory chat from their handler before they were introduced.  There was another lady who brought out each one. 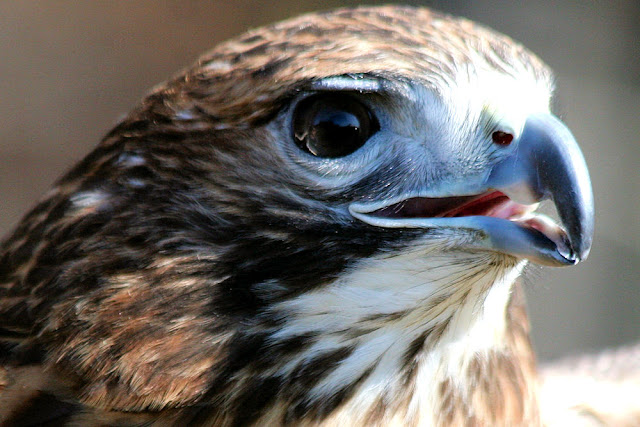 We were told all about them, and at the end of each session were allowed to take our photos, individually being given a turn at the best angle.

Apart from the sound of camera shutters, no one said anything.  The handler was very interesting and knowledgeable, and we were able to ask our questions before another was brought out. 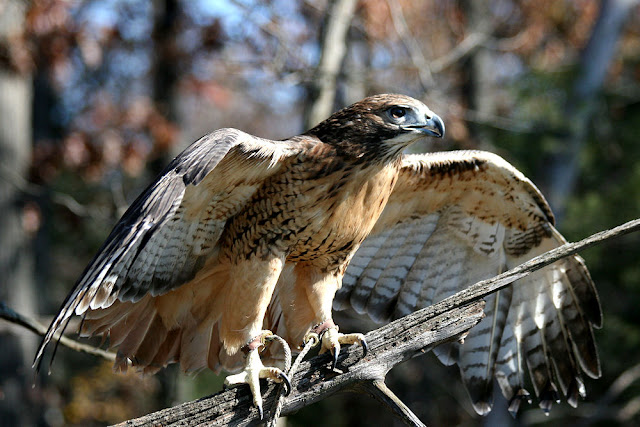 And we all just keep taking one photo after another. 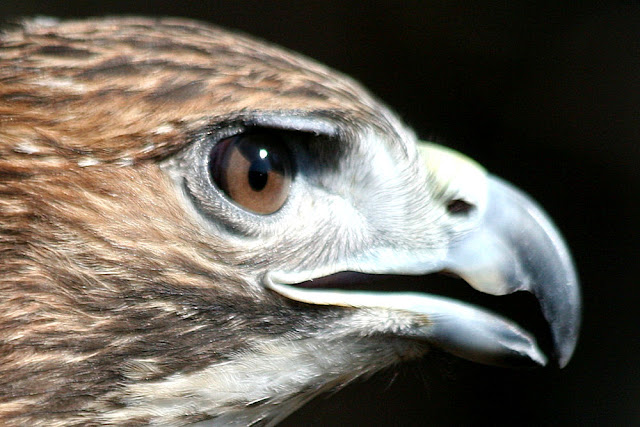 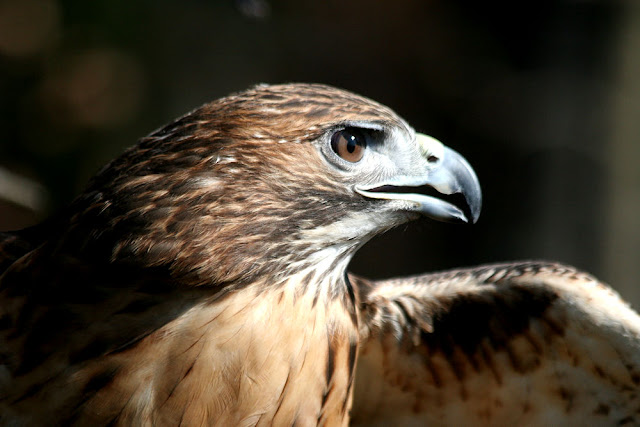 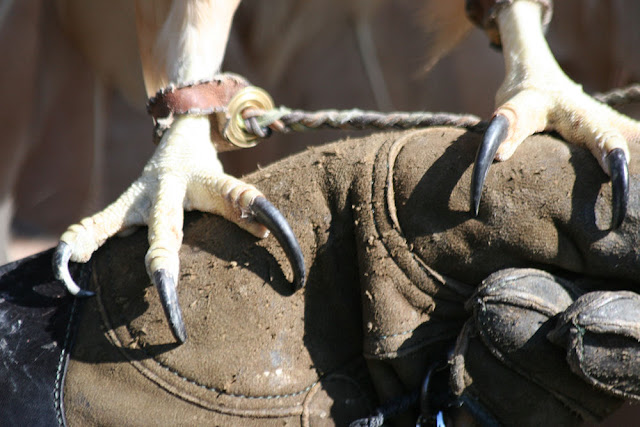 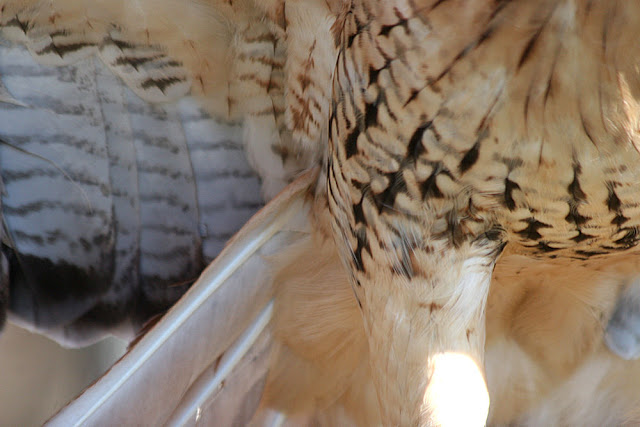 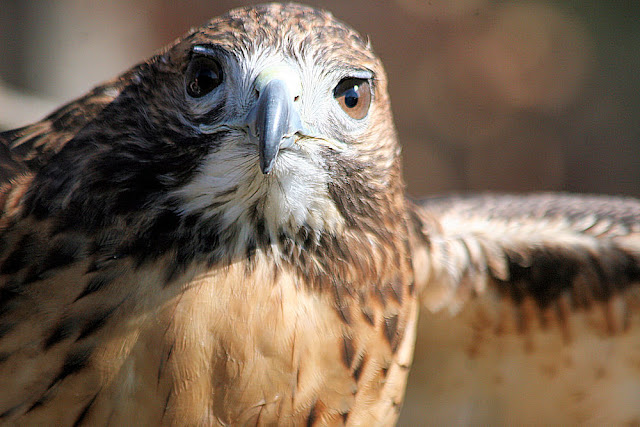 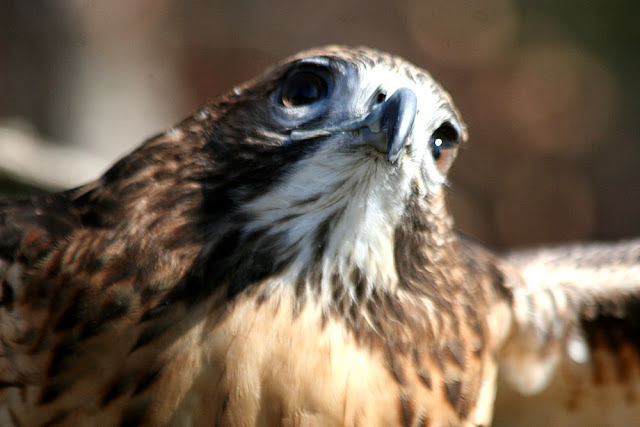 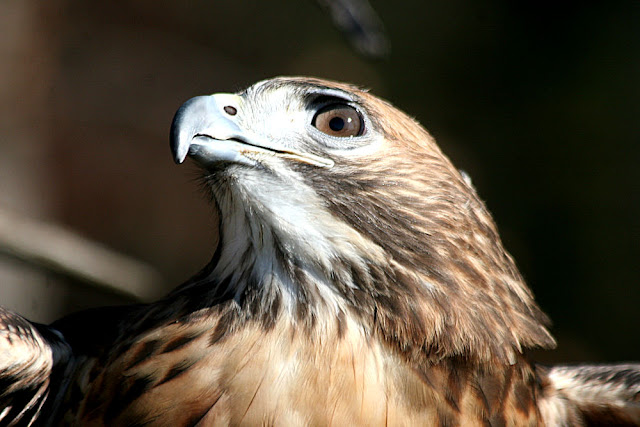 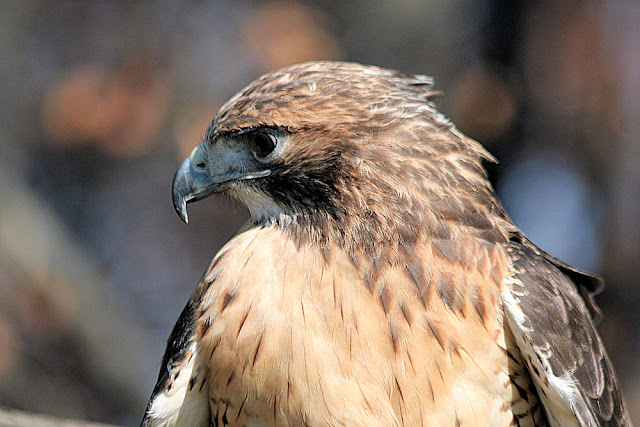 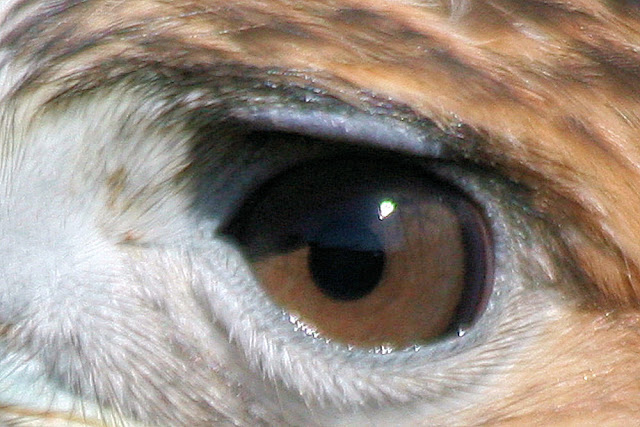 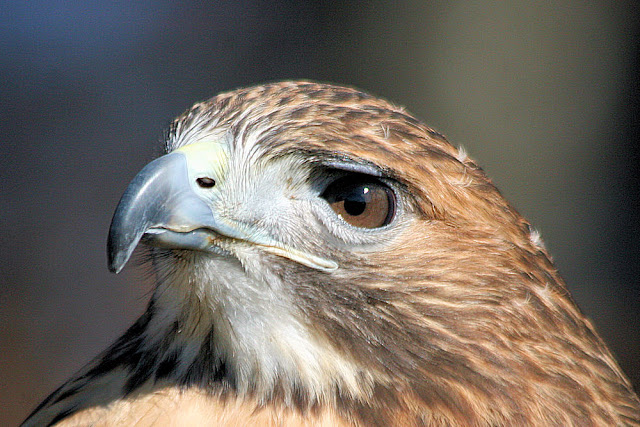 As you see, I took many photos! 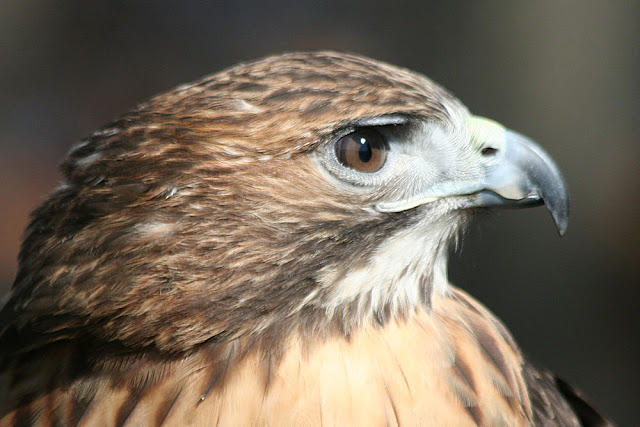 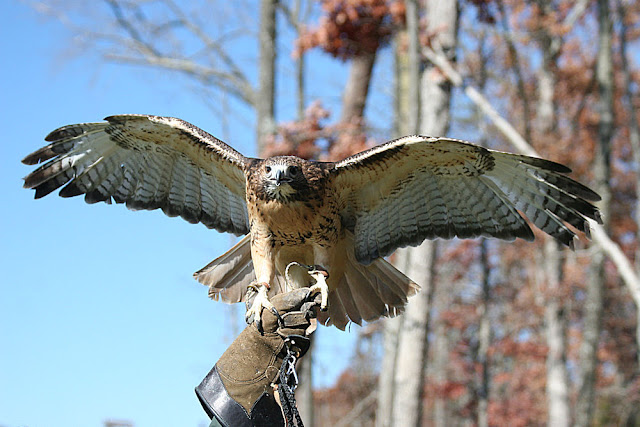 Thank you for stopping by, and stay happy and healthy out there.