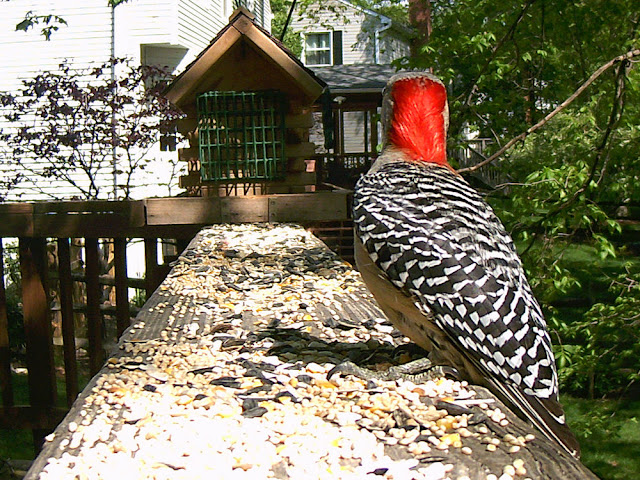 "Being alone doesn't necessarily mean loneliness.  People are great but being alone is wonderful!  I prefer the silence of alone, and the sounds of nature.

I love nothing better than to get up early and hear the first bird song, you could say being one with nature.  It is one of the most relaxing experiences, that and being out in the woods walking along one of the trails.  However...

there has been a bear sighting in our area, and the local nature people have asked us not to feed our birds right now.  I had actually stopped as I noticed a very large hawk flying through the trees recently, as if he had spotted something and was on the hunt.  Yes, he has to live too but oh my goodness, I don't think I want him to catch his meal right under my nose.  So, no filling up the bird feeder for a while.  The deck has been a very quiet place and I do miss seeing them.

After the sighting of the bear they conclude that it is a young one who has recently been sent on its way by its mother.  They also said it is probably trying to find its own territory.  I do hope it is well away from people for everyone's sake, including our bear.

Every now and again when we have planned on going into bear territory, we have read about what you should do if you encounter a bear, and I'm sure this changes depending on which species you meet.  Half of all bear attacks on people involve a dog.  Dogs will go after a bear and it will attack the dog and consequently the dog's humans.  With our local bears it was advised to talk firmly to the bear ???? and walk away slowly, never run because then you become the prey.  I hope I never have to put these tips to the test.

Fortunately any experiences we have had with this amazing animal have been at a safe distance, with guides in attendance, to make sure no one does anything silly.   If you haven't read the poem I shared from the Shenandoah National Park Service, you can read it in my post here, which I put together not so long ago.

Gregg came across something recently, a photo by Canadian photographer Jim Lawrence, who shared a most amazing bear photo.  You can see it if you click on this link.   I won't tell you what it is about, that would spoil the surprise.  Let's just say I laughed with delight when I saw it.  There is a website address imprinted on the photo also, which will take you to Mr. Lawrence's home page.  His photos are stunning and you can see those here.

I might be a bit scarce returning visits this week, but thank you for stopping by.  I will be catching up in a day or so. 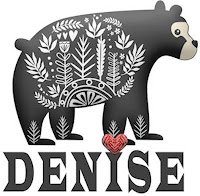