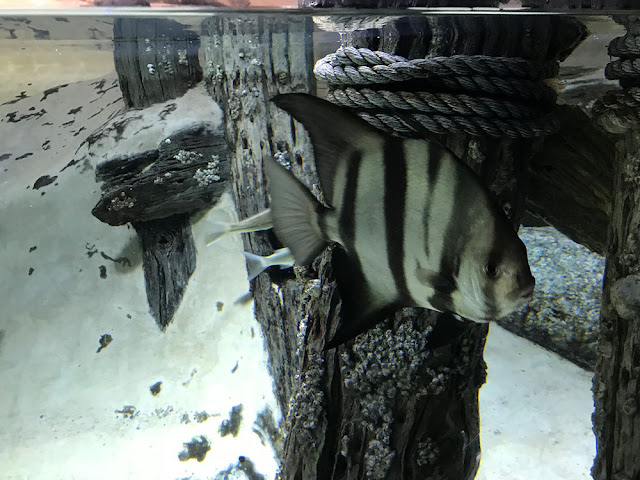 Here is a selection of the fish we saw that day. I don't have much information on them, but identify what I can.  Visually they were amazing, hard to capture that in photos. 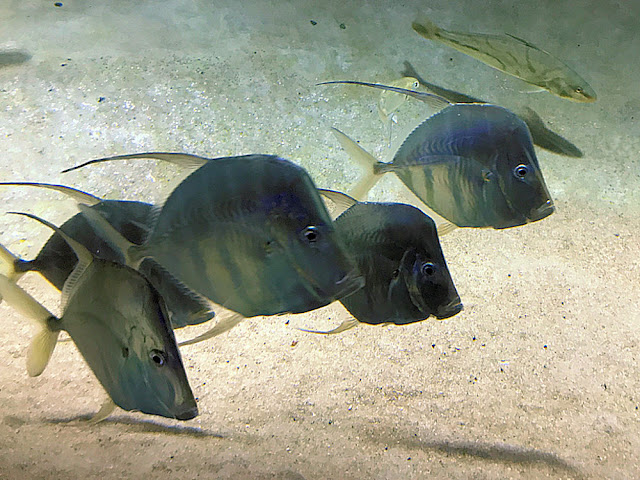 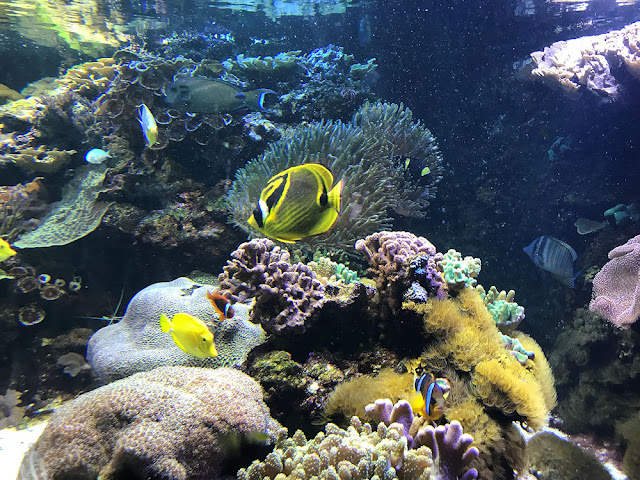 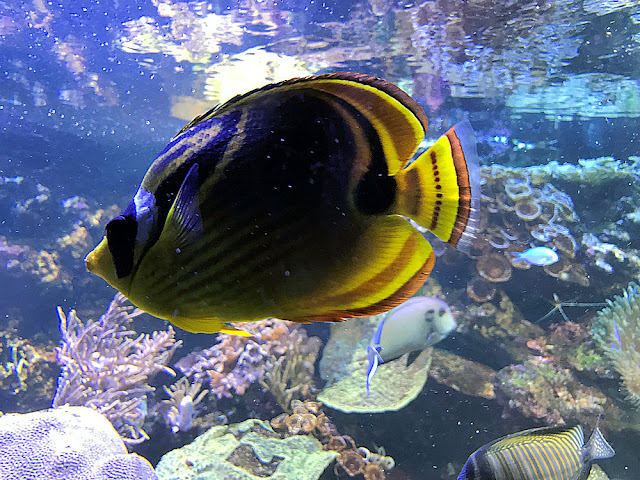 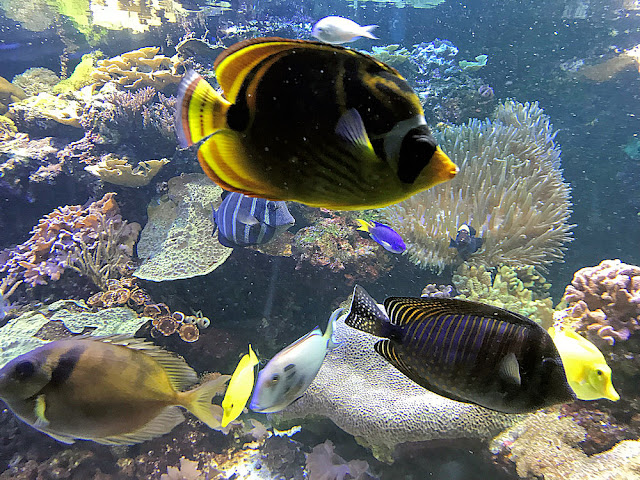 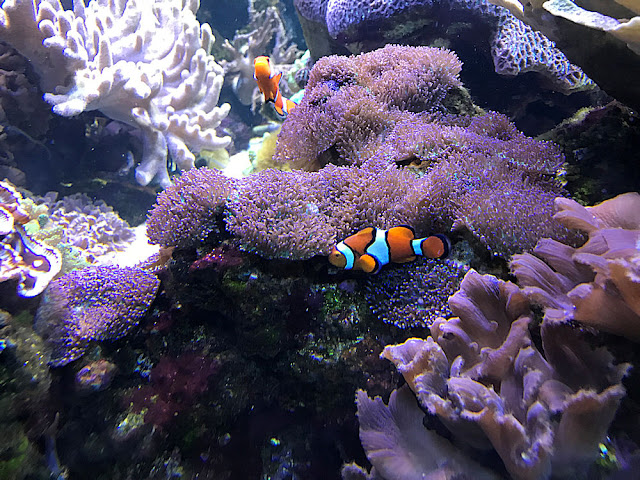 This is the Pecula Clownfish. If you see any red lettering in my posts, you will generally find a link to more information.  One of the bits of trivia I learned was that all clownfish are born male, and as they mature they usually pair off with another clownfish.  The dominant fish becomes a female.  The female lays eggs which are defended and aerated by both parents until they hatch.  Fascinating and more fascinating facts at the above link. 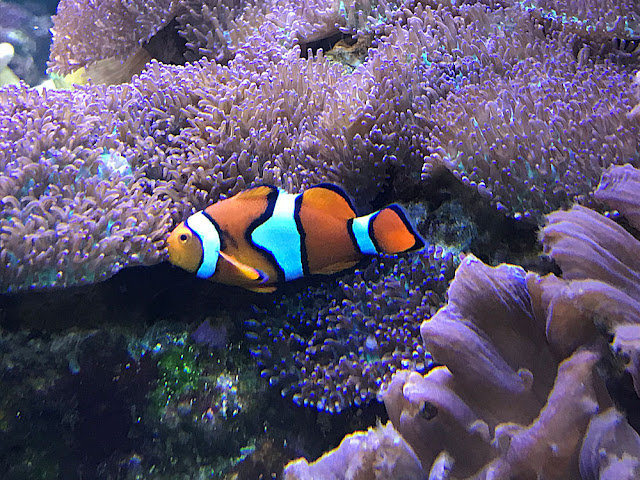 The completely yellow fish in the photo below are called Yellow Tang.  They feed on algae and according to what I read, they spend a large part of their day picking at rocks.  It is a very popular aquarium fish and they are imported in large numbers from Hawaii for this reason. 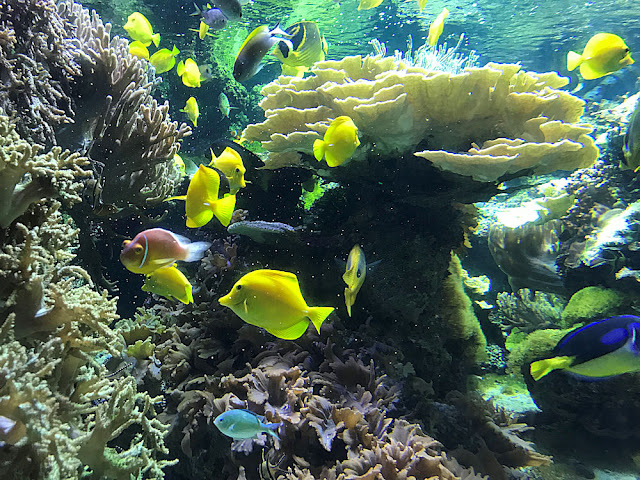 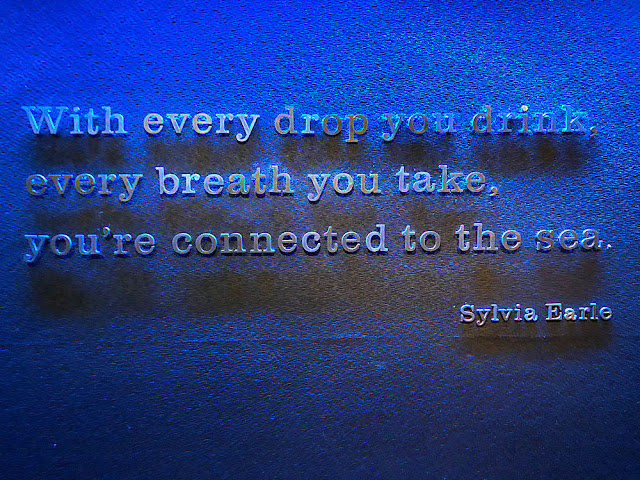 Getting away from the fish, this is a Diamondback Terrapin. 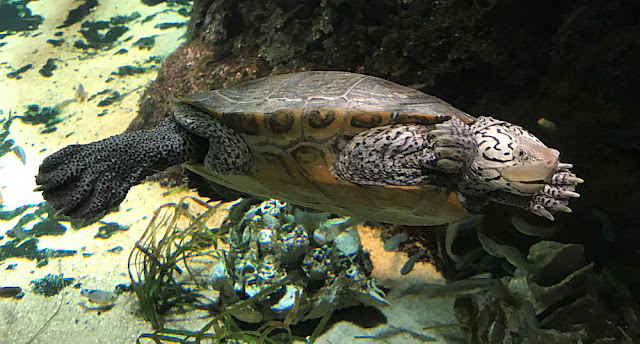 There were times when the reflections got in the way, but I didn't have as much of a problem as I normally have. 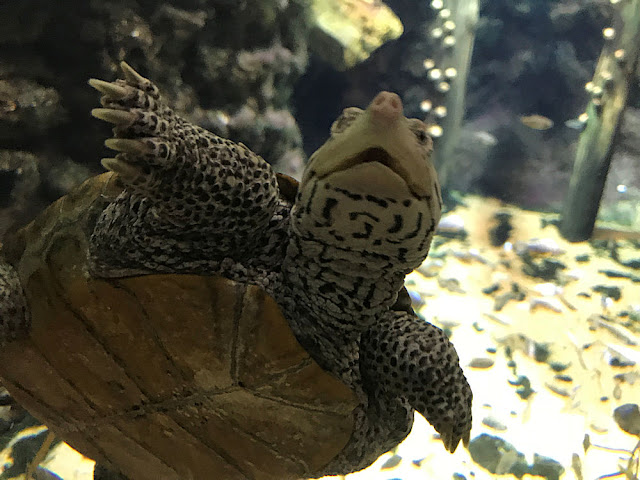 The water was very clear, it just seemed to be gliding through air. 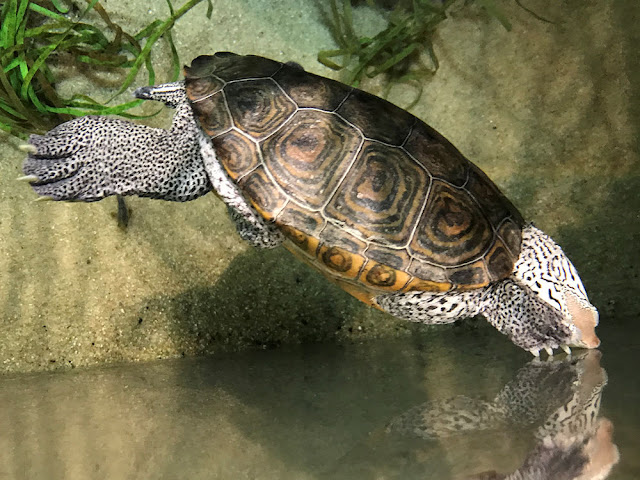 We are in the rainforest area now.  This bird is called the Screaming Piha.  It had the most amazingly loud call. After hearing it, it became clear why it got that name.

The closest I got to identifying this bird is the Masked Lapwing.  They looked like the ones I found here. 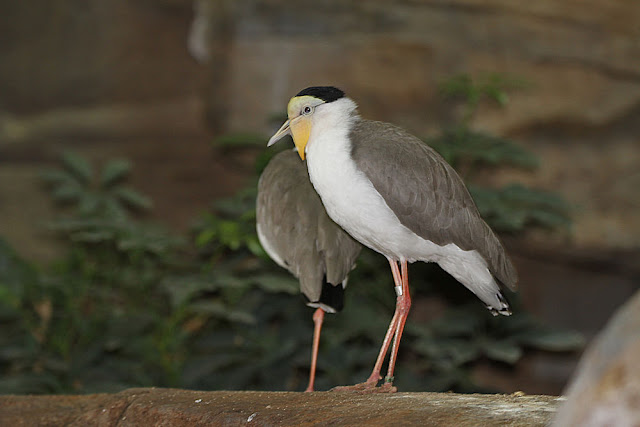 We saw them in the Australian exhibit. 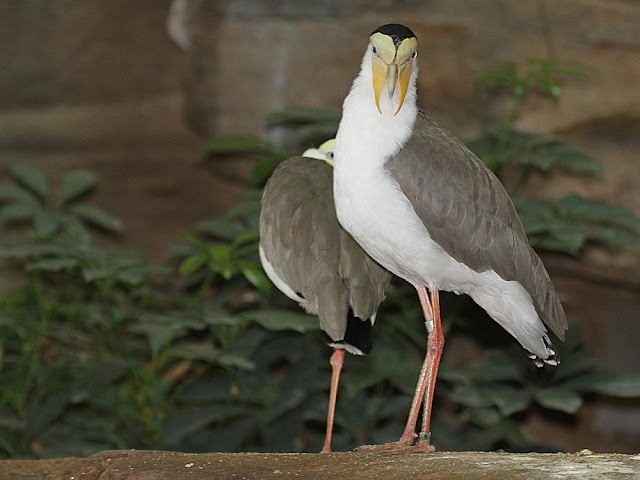 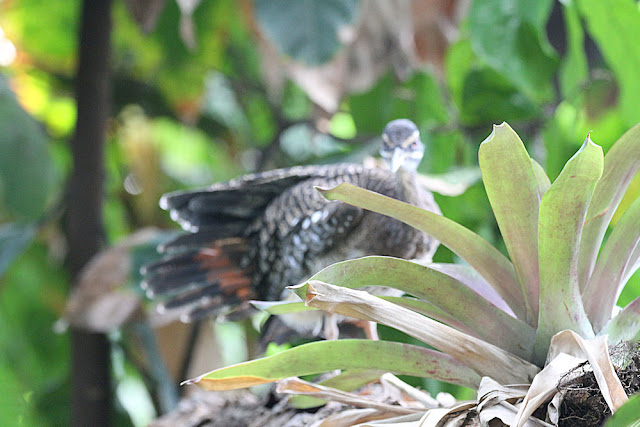 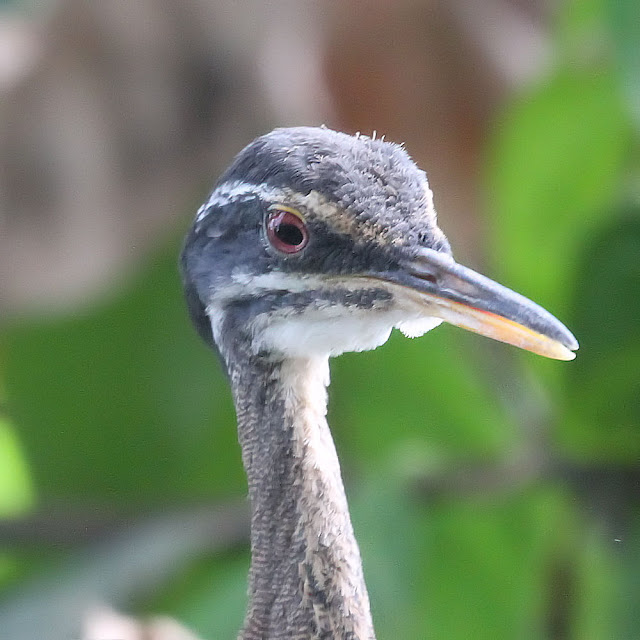 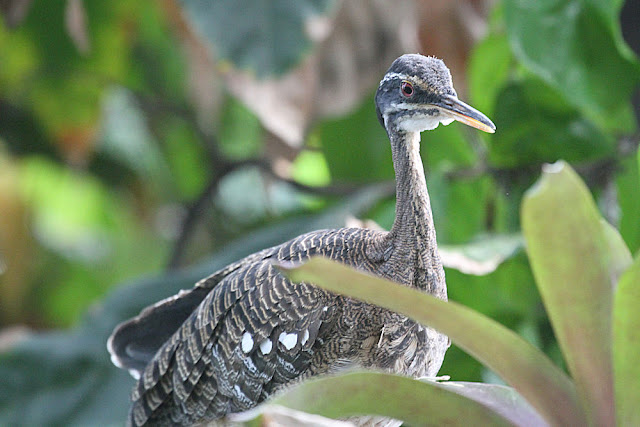 I am finishing my post with a collage I made of animals and birds from a wall mural, and a couple of my photos from other areas.  I have two or three apps that I use on my iPad.  The next time I put one together, I will take notes and share those with you at a later time. 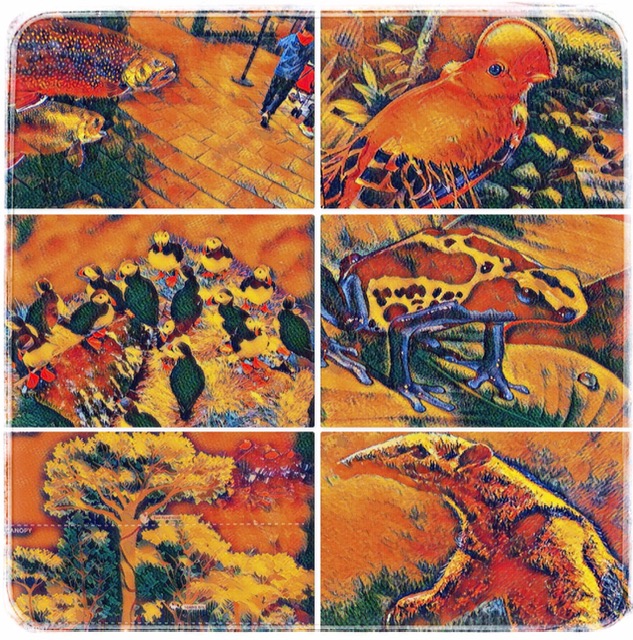 I still have more photos from the exhibits we saw.  As soon as I can put another together I will share.

Lastly, thank you for taking the time to look at my posts.  I always appreciate those who have time to comment, but am happy for people who like to drop in also.

I hope you have all had a nice start to the week, and am wishing you a great week ahead.