LAST OF THE PHOTOS FROM FRYING PAN PARK

at least until the next time we go there. 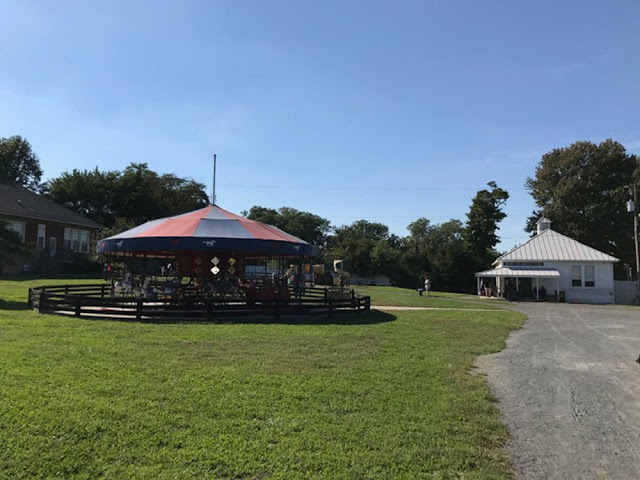 There is a small carousel ride near the general store. 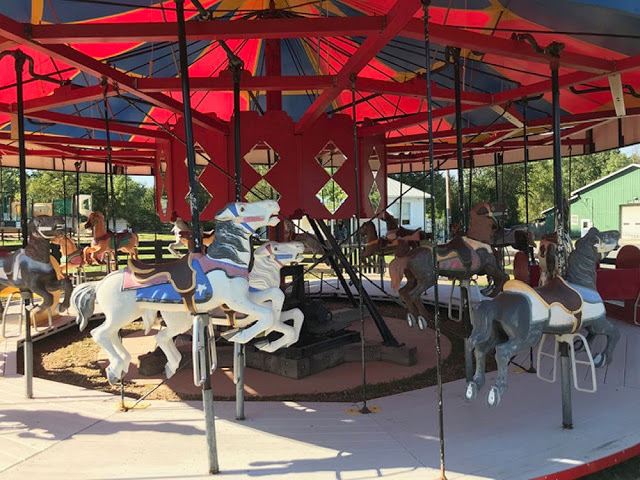 It looks quite old but with age comes character.  I can imagine when it gets dark and all the lights are turned on, with the music playing, it turns into a magical ride. 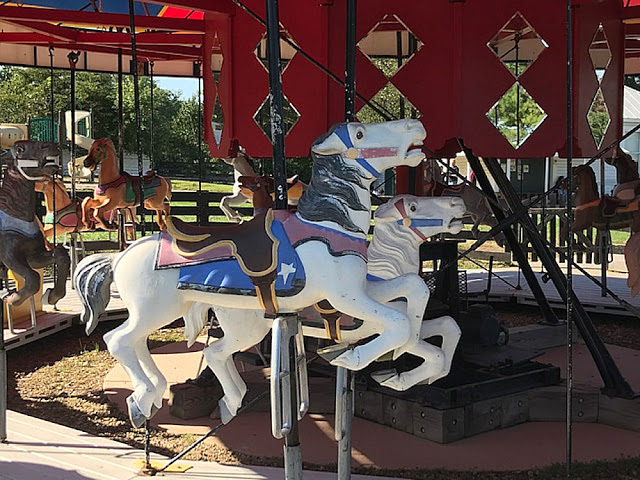 It is a 1920's Hirschhorn carousel and went under extensive restoration during the winter and spring this year. 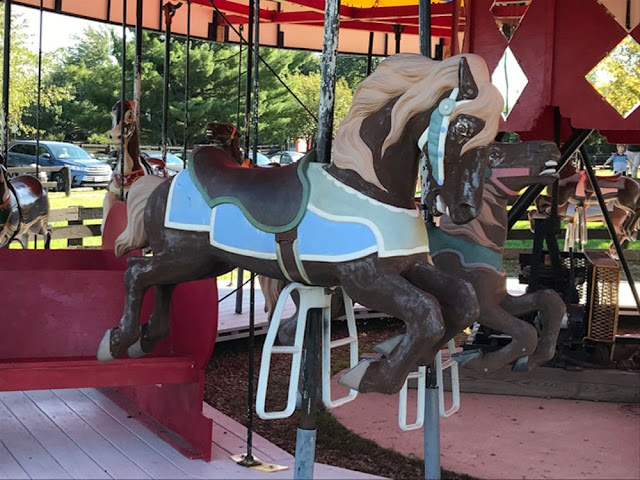 After looking at the carousel and all the animals that you've seen in my previous posts, we walked down to the visitor center.  It was at the end of this long road, with two large fields on either side.  We passed another entrance on our way to the farm that takes you directly to the center, and you can park there also. 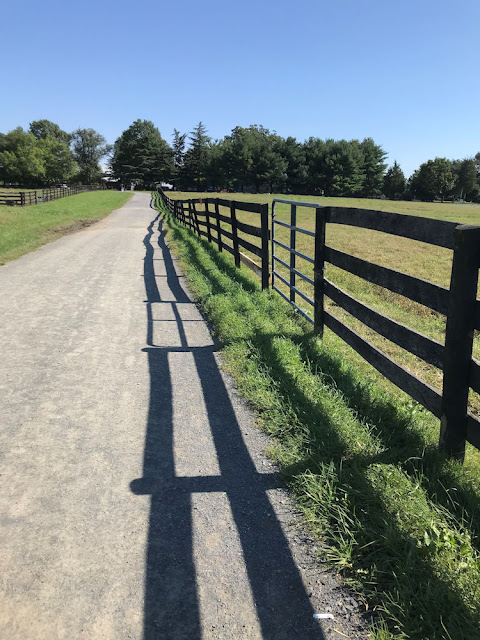 Events are held here. We saw a large birthday party going on in one of the rooms, but the museum side was still open. 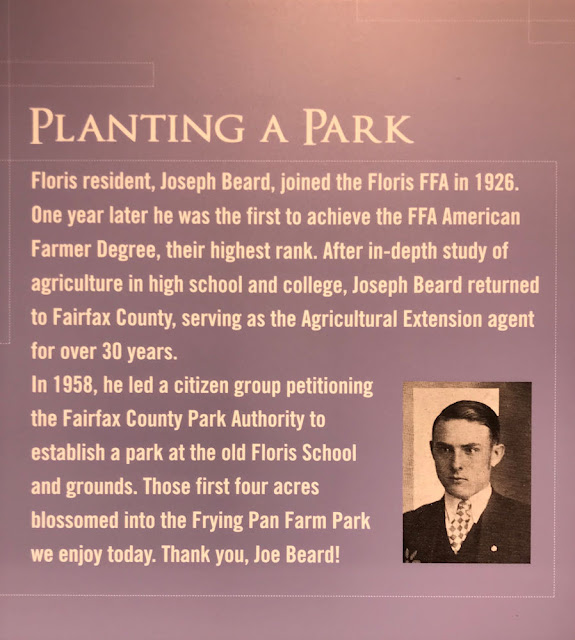 It was very interesting to see the old photos. 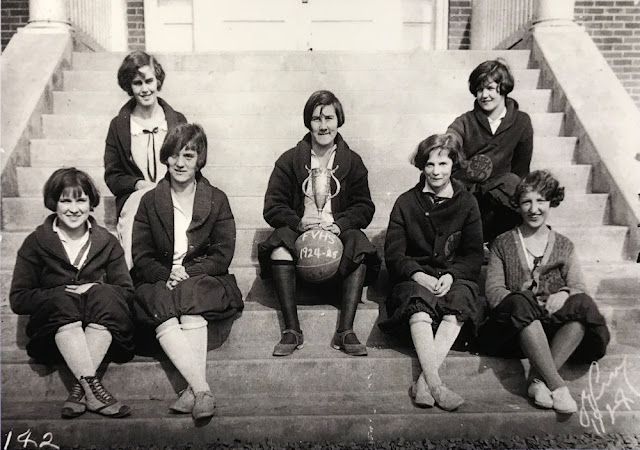 I will add the small captions I found at the side of each photo.  Above it read:
"The Championship Team of Floris Vocational High School, 1924-1925. 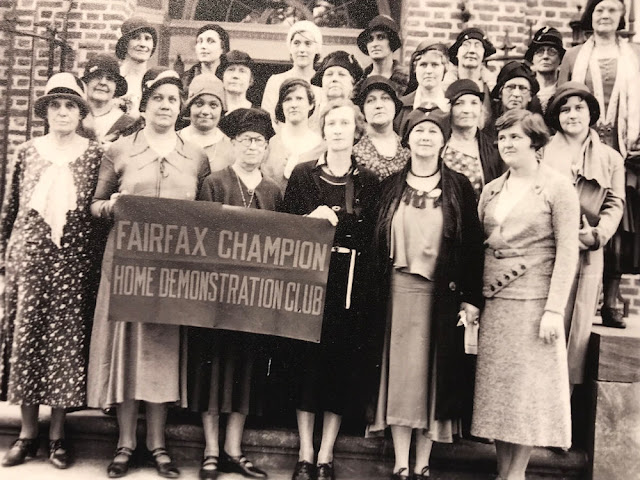 "The Floris Home Demonstration Club won the County Championship for most effective club in 1930." 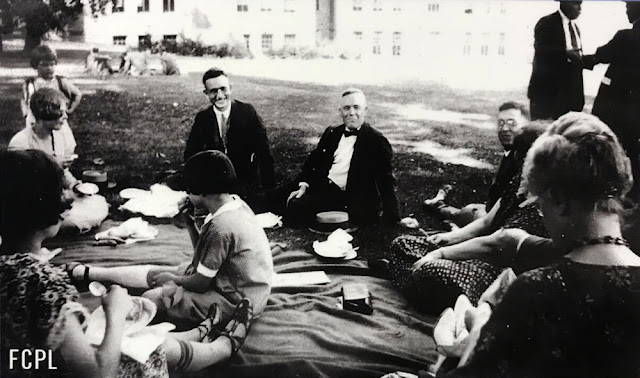 "The community has a picnic dinner after a soybean meeting on better methods for soybean production." 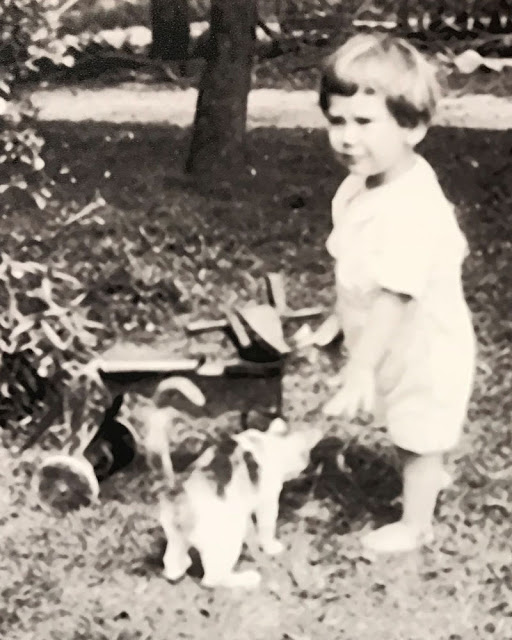 "Playtime on the farm." 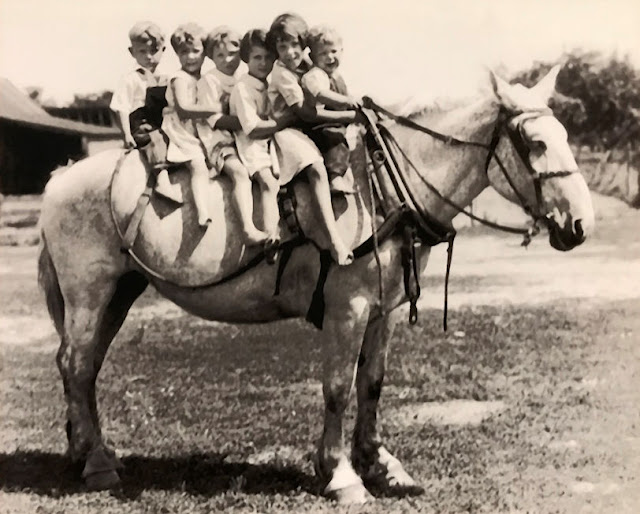 "Kids aboard the Cockerill family's mule before the day's plowing began." 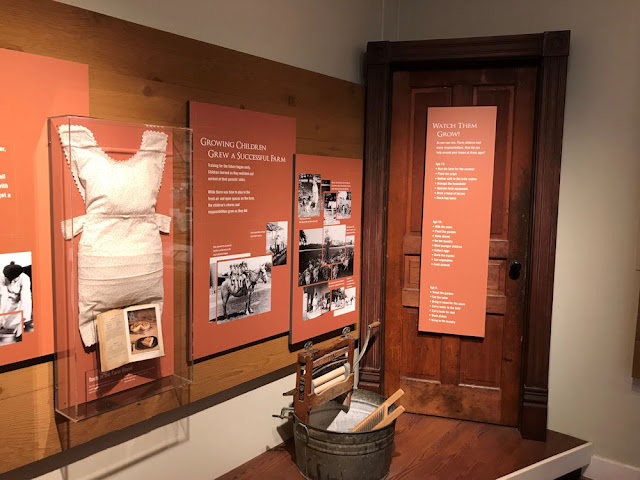 The display above shows parts of farming life with old photos, a couple of which I shared in this post. On the door is a list of chores for children on the farm at various ages. 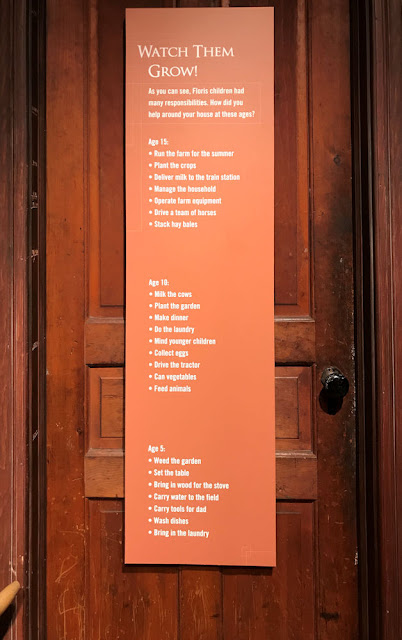 A closer look at those chores. 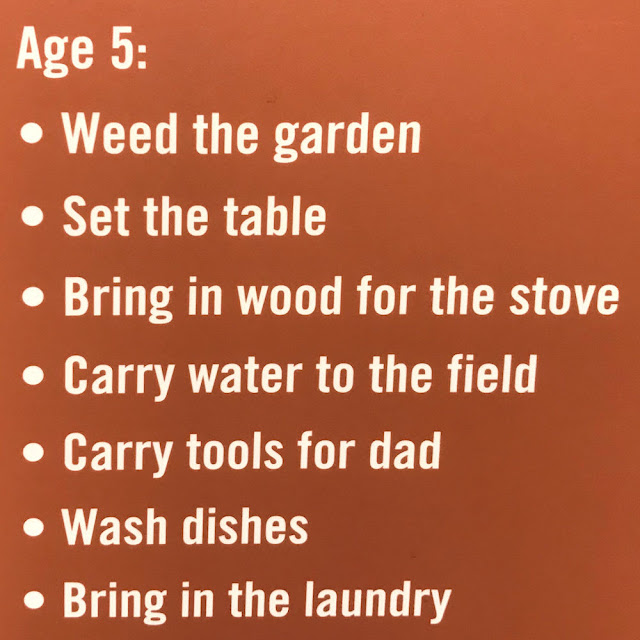 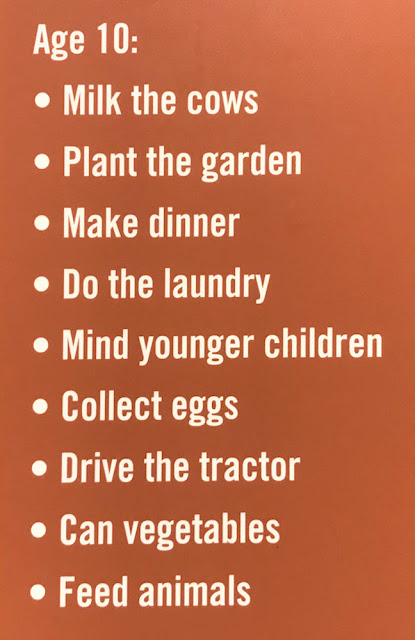 and under the pinafore was an old cookbook open to the pages shown below." 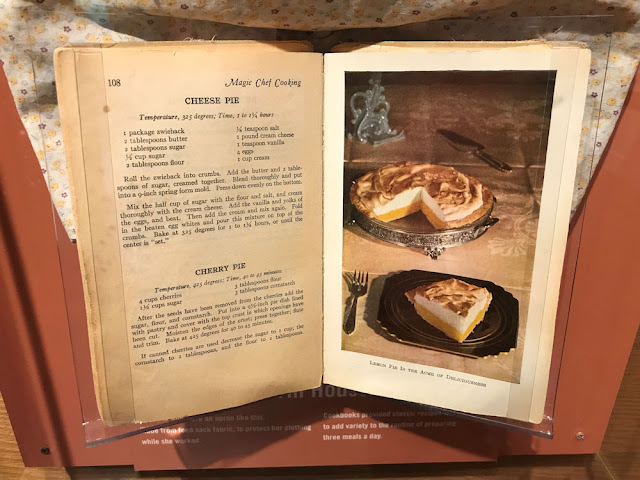 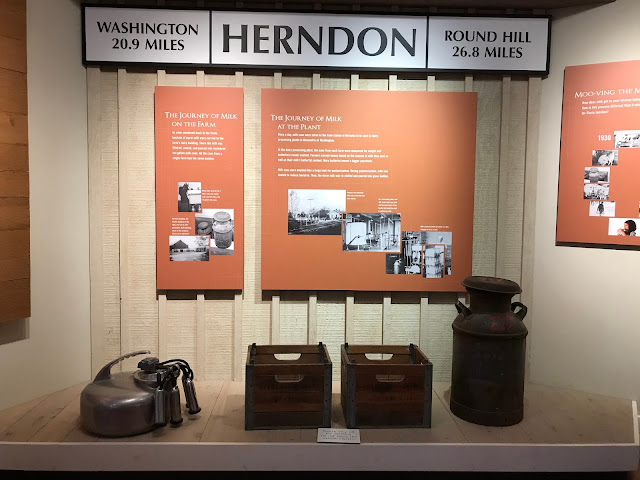 Winding down our outing, the last thing we did was go to the general store.  I liked the old door knocker. 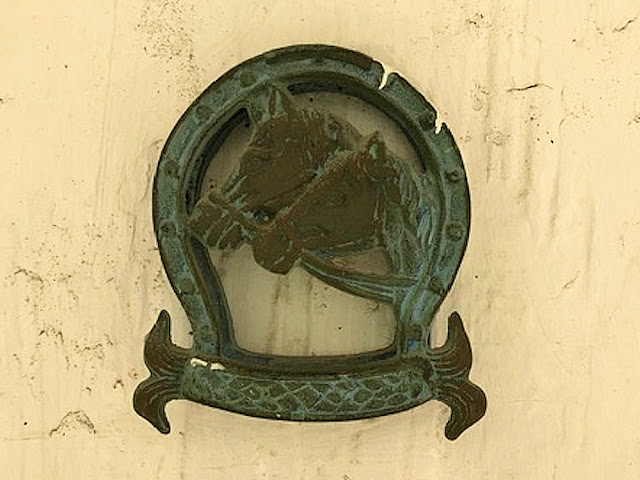 Inside Gregg is deciding on what he is going to purchase.  We came away with bread and butter pickles for Gregg and a blueberry flower honey for me. 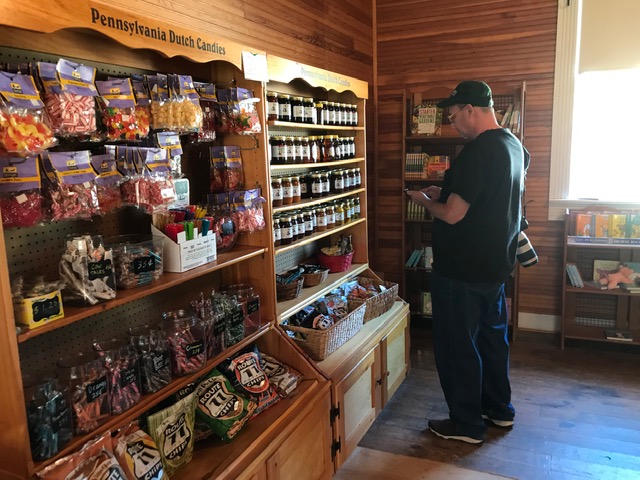 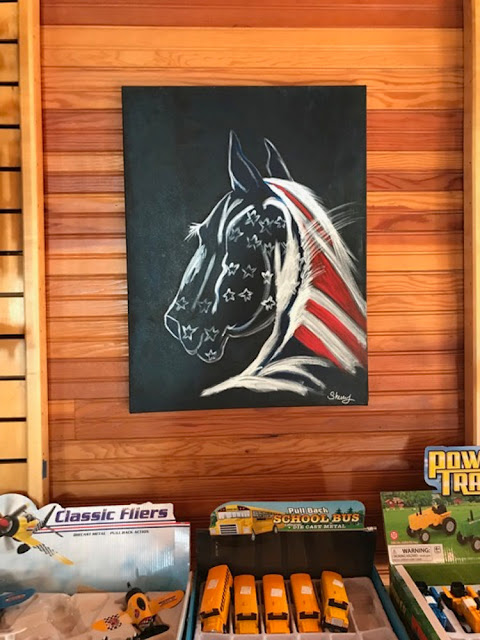 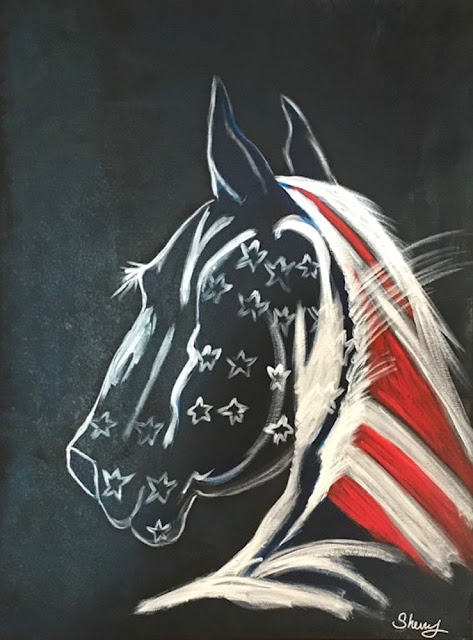 I am finishing off with a collage of several animals we saw that day, some you have seen in my other posts. 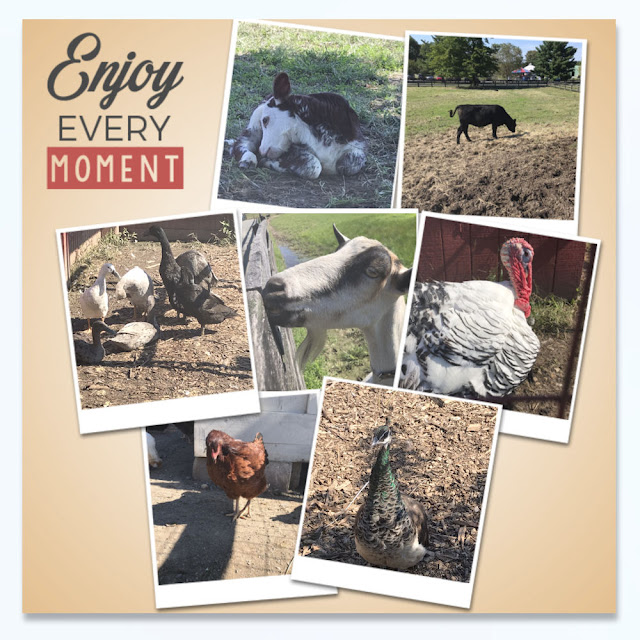 And that was our very enjoyable outing to Frying Pan Park.  To family and friends old and new, thank you for taking the time to visit and look at my posts.