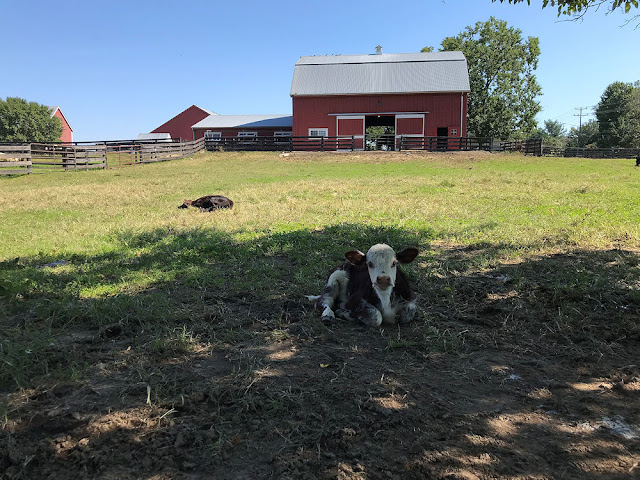 Our latest walk took us to Frying Pan Park.  We haven't been here for three years or more. 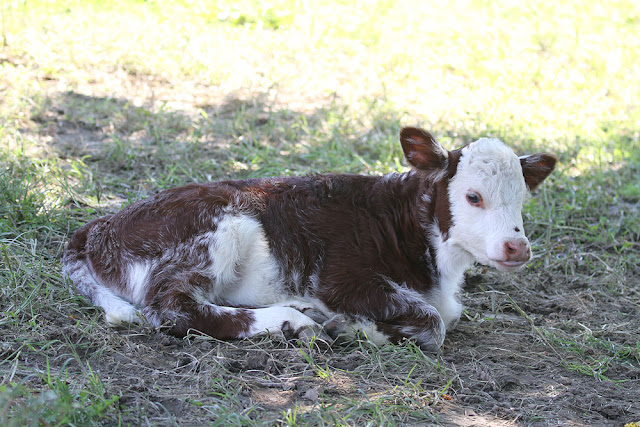 One of the attractions of the park is Kidwell Farm, a working demonstration farm.  It recreates farming life that would have taken place in the 1930's and has many animals.  These include cows, horses, sheep, goats, chickens and a few more.  As you can see I was particularly taken with the new calf. 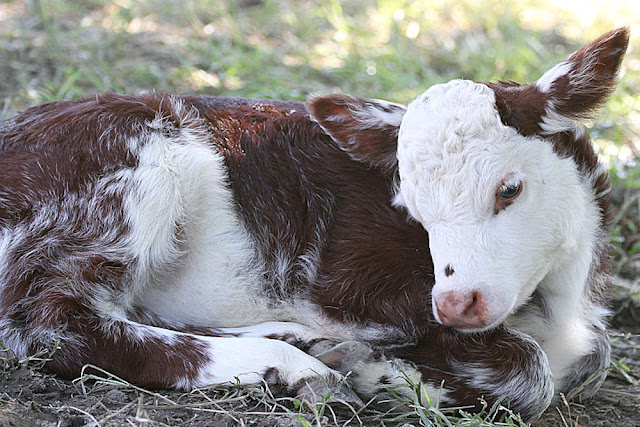 It is free to get in so there are always families, a great place to bring small children.  There is an admission charge for special events. 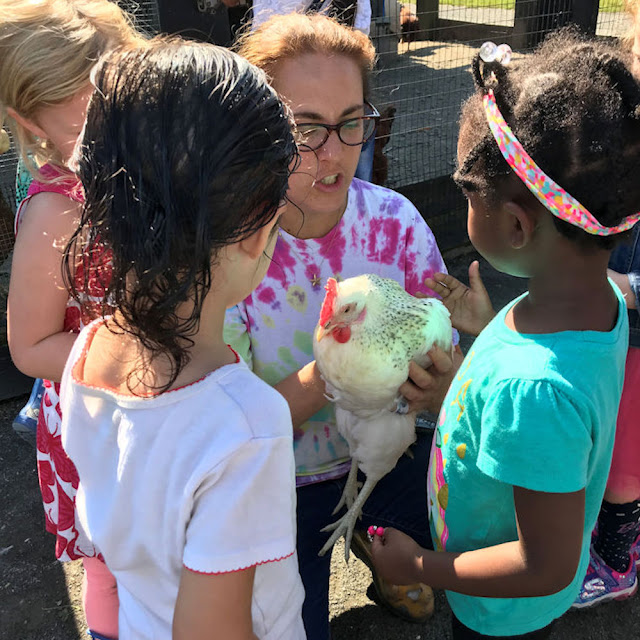 As well as the farm there is also the Frying Pan Meetinghouse which is listed on the National Register of Historic Places dating from the 18th century, and the Old Floris Schoolhouse, constructed in 1911. 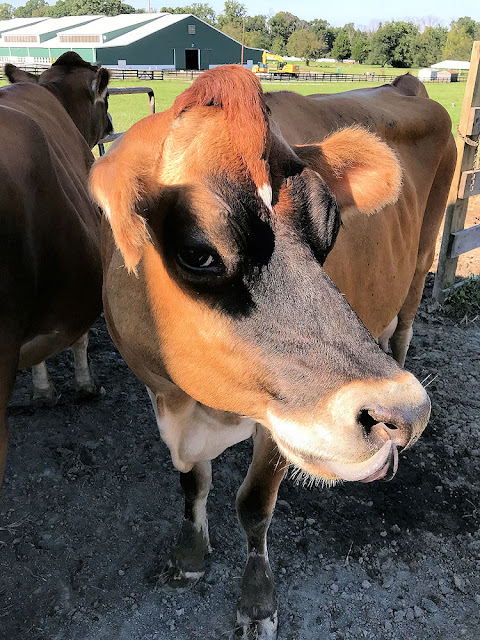 No one really knows how the name Frying Pan came about, because the already named road was here before predated records, or so the story goes.  I got the following from the article found here. 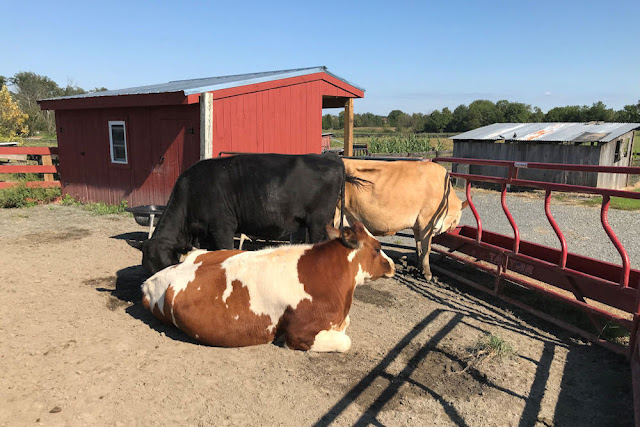 One story is that when people camped by the water, in haste to leave the next morning they left their frying pan behind.  Depending on the time frame, these people could have been American soldiers from the War of 1812, copper miners from 1728 or native Americans before that.  Another theory comes from its geography. The 'run' (small stream) emptying into a round pool, suggested the name but its not clear which pool this story references. 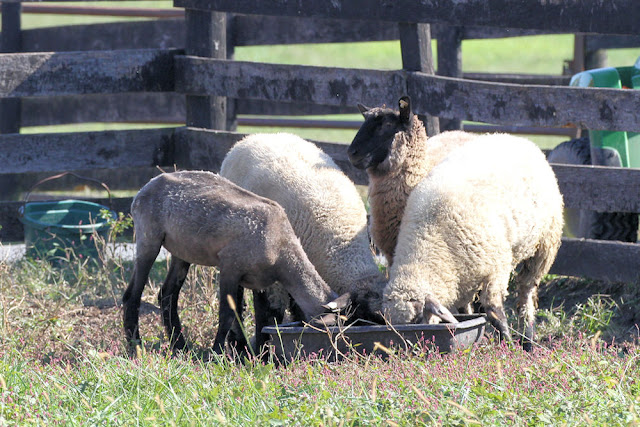 The name Frying Pan is first seen in Virginia records in a 1728 deed from Lord Fairfax himself, when a man named Robert 'King' Carter bought the land to build a copper mine. 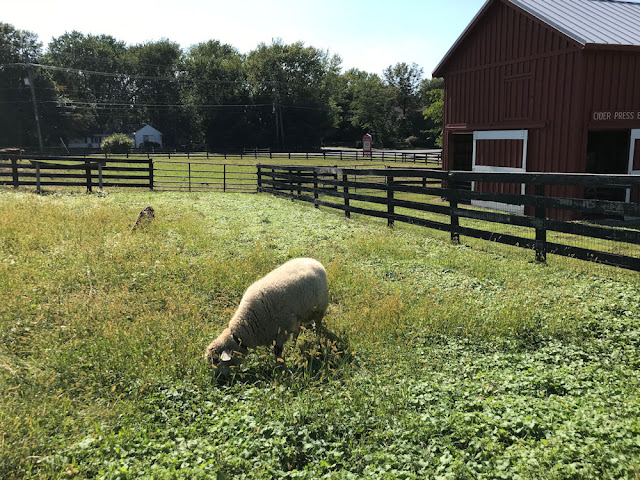 In 1892 the community petitioned the postal service to change its name.  They were sent several names to choose from and they selected "Floris".  I have only ever know this area to be called Frying Pan, and didn't know the name Floris until I read up on its history. 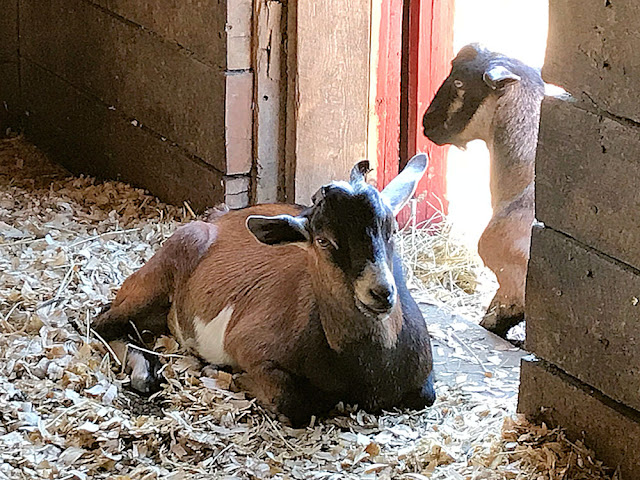 I will have more photos to share from Kidwell Farm another day. 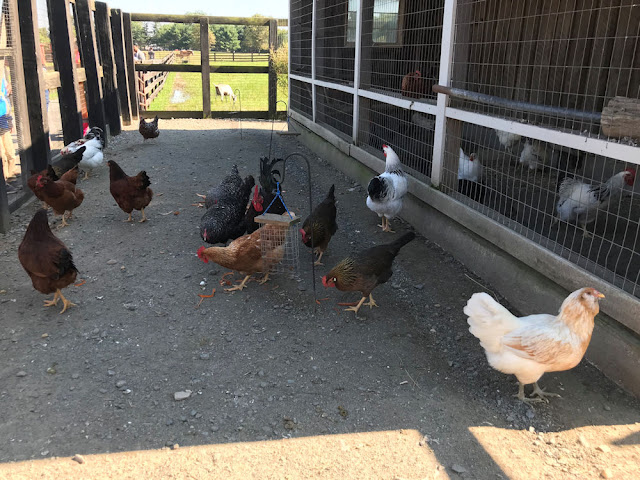 Thank you for looking and also to those who are able to leave a comment, I appreciate it very much.  Wishing you all a great weekend.