Continuing our walk at Occoquan Bay National Wildlife Refuge, we are on the way to Painted Turtle Pond.  We see another Hermit Thrush hopping on the ground.  Gregg took its photo. 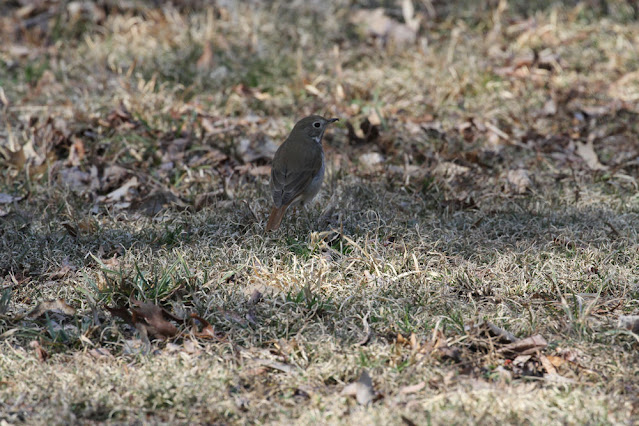 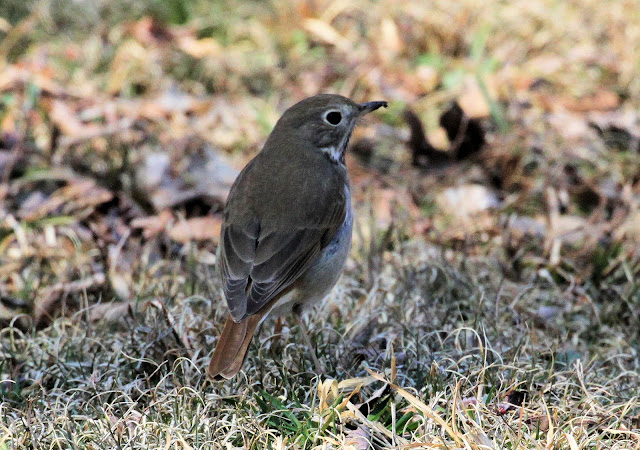 At this link it will give you information on how Occoquan (the town) received its name, and much more.  The following information I found at Wikipedia here.
"Occoquan (/ˈɒkəkwɒn/) is derived from an Algonquian Doeg Indian word, meaning "at the end of the water." 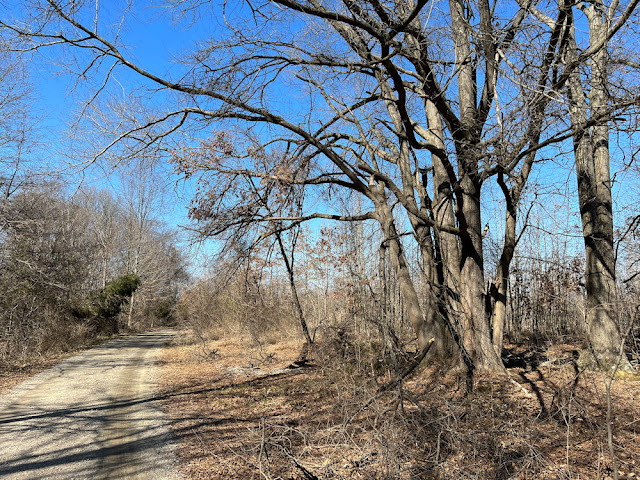 We continued walking along this trail, and it wasn't long before we reached the pond. 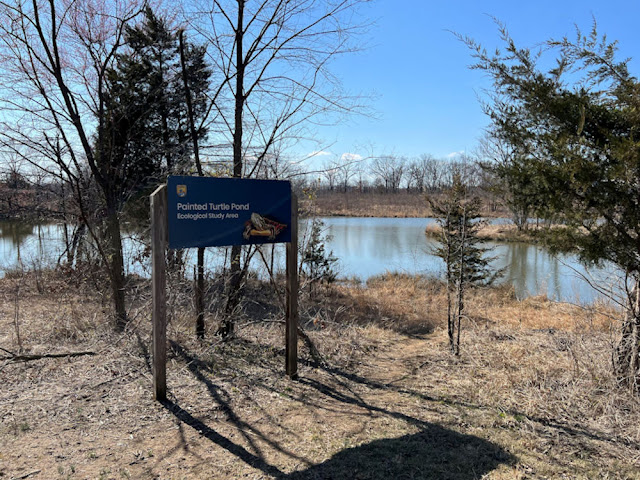 As the sign says, it is an ecological study area.  I couldn't find much more information, but I will keep looking. 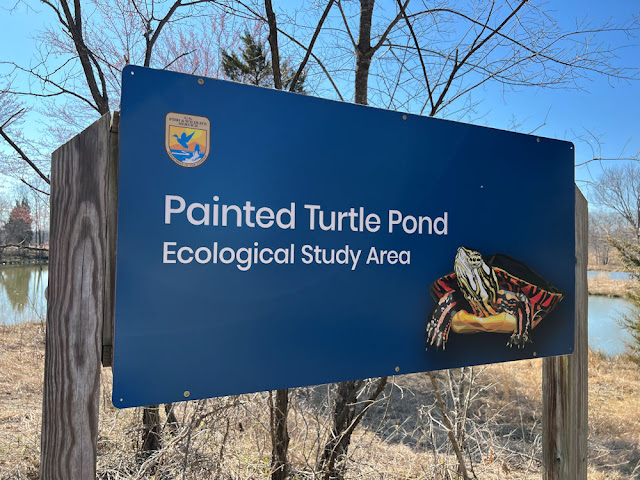 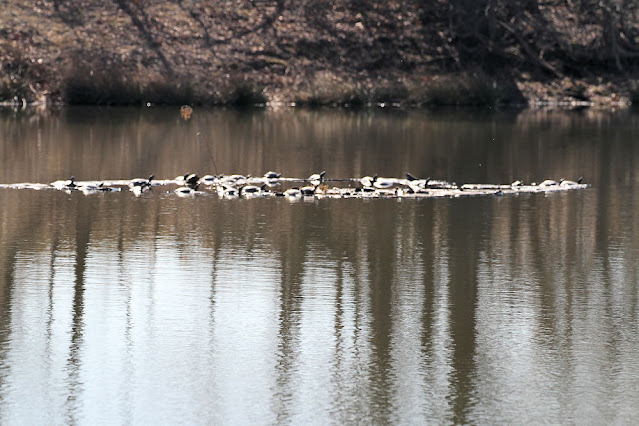 we left our bale of turtles without further investigation. 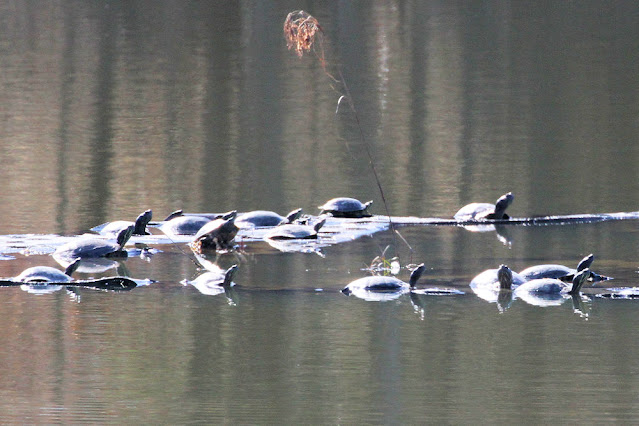 This walk is always quite a long one and our energy level had been depleted.  Knowing that we had to get back, we decided it prudent to leave it for another day.  Good news is that on following this loop around, the distance back to the car was about half as long.  We now know a short cut to the pond and will be returning in a couple of week. 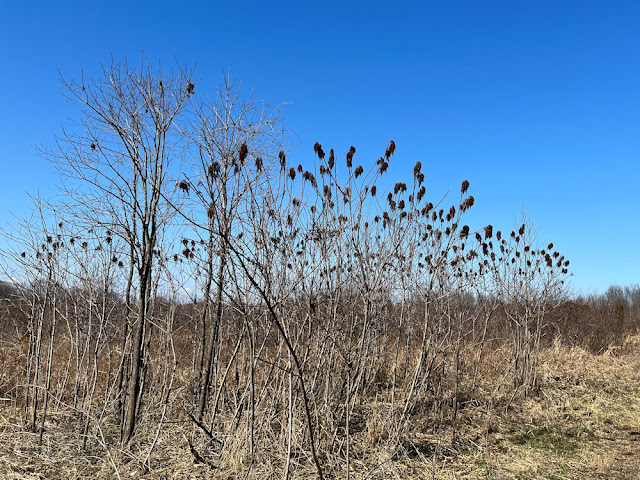 We came across a large patch of Sumac and there is an interesting article at this link.  It says that it is related to the cashew and there's talk of toxicity if you are interested.  I am not sure what type of Sumac this is. 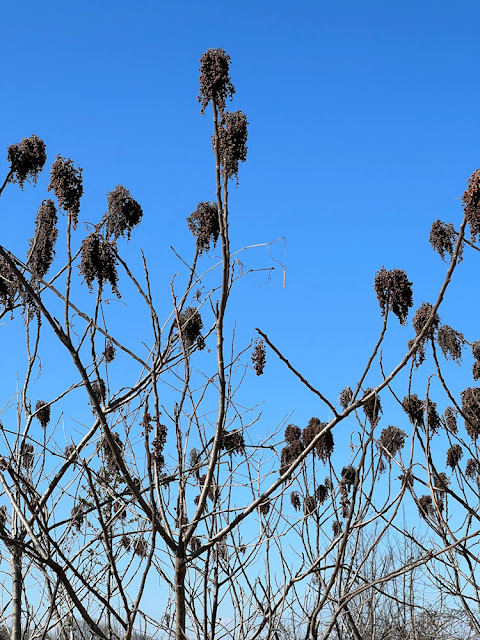 There are about 35 species of the flowering plants in the genus Rhus, (also spelled sumach).  Sumacs grow in subtropical and temperate regions throughout the world, including East Asia, Africa and North America.  Sumac is used as a spice, as a dye and in medicine.  Its scientific name is "Rhus". This info came from here... 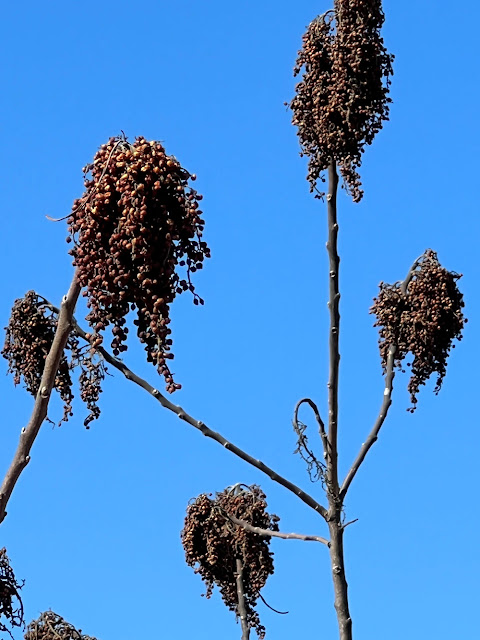 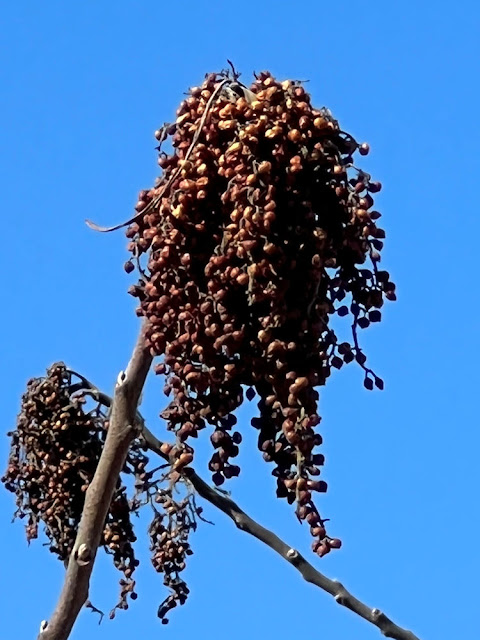 Another gift on our walk was the sighting of our second Eastern Bluebird. 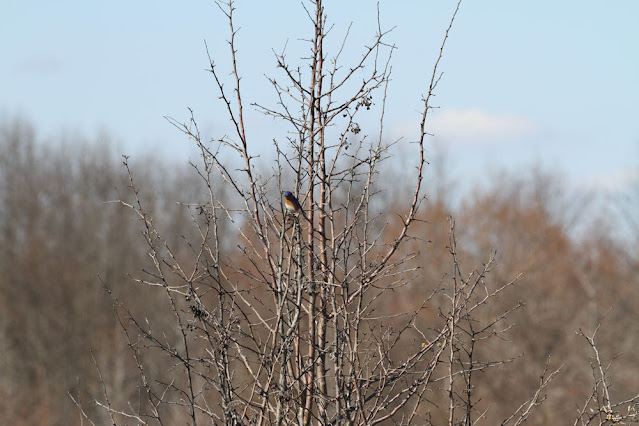 It stayed around long enough for me to take a few photos. 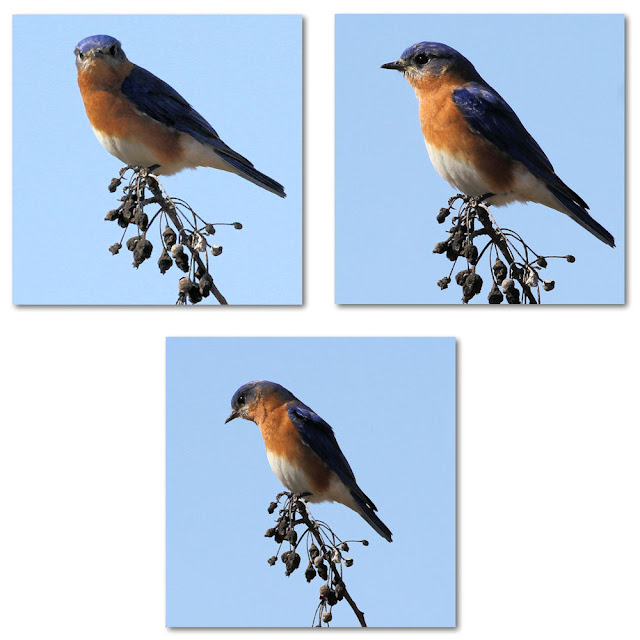 It was wonderful seeing the blossoms and there were signs of Spring everywhere. 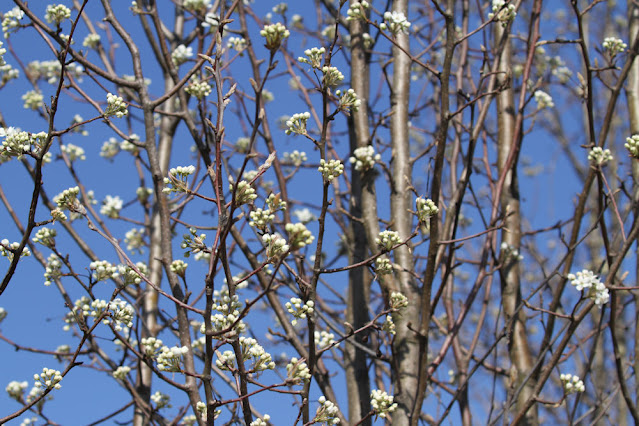 This was identified as a Callery Pear, botanical name Pyrus calleryana, also known as Bradford pear.  Unlike other blossom trees, it is said to have an unpleasant odor when it blooms.  It does, however, look quite spectacular.  It was named after a French man, Jospeph Marie Callery (1810-1862), who originally brought the plant from China to Europe.  He traveled extensively in Asia (Java, Philippines and China). 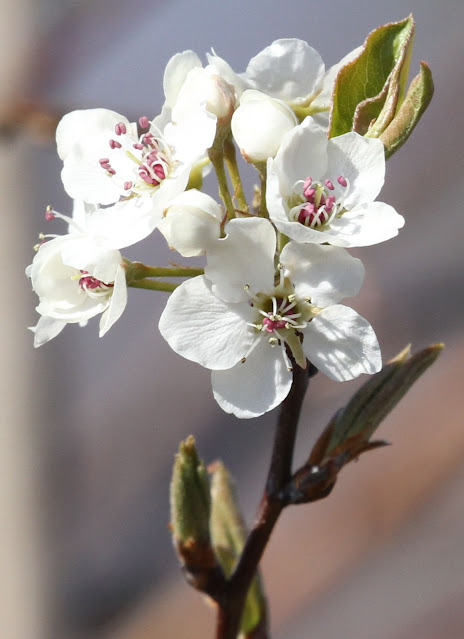 We made our way past the gate, turned right and a short walk took us back to where we had parked our car.  It was a wonderful walk and we are looking forward to going back in a couple of weeks. 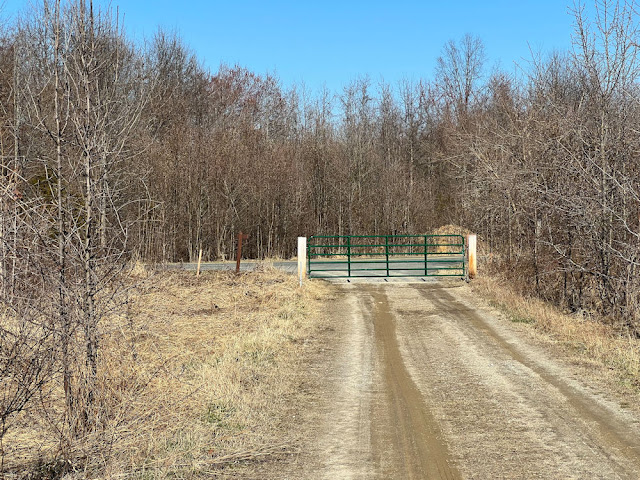 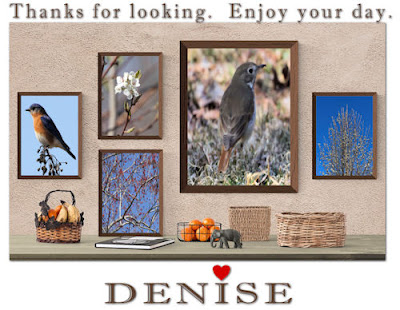