I am not sure when the last time was that we were at the garden, but it was before we started staying home more.  I realized that I hadn't shared these particular photos, but certain scenes may be familiar as it was our go-to place, not being too far a drive from home. 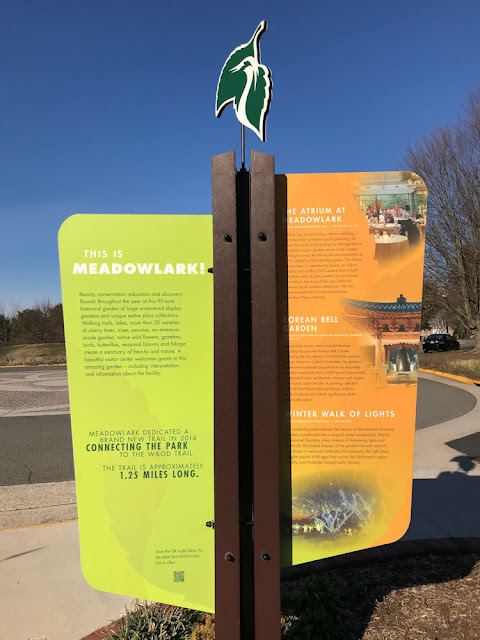 The garden frog is on the ground which we can all see, but did you notice the giant dragonfly in the tree?  They have been here for a long time and are getting a little weather-worn. 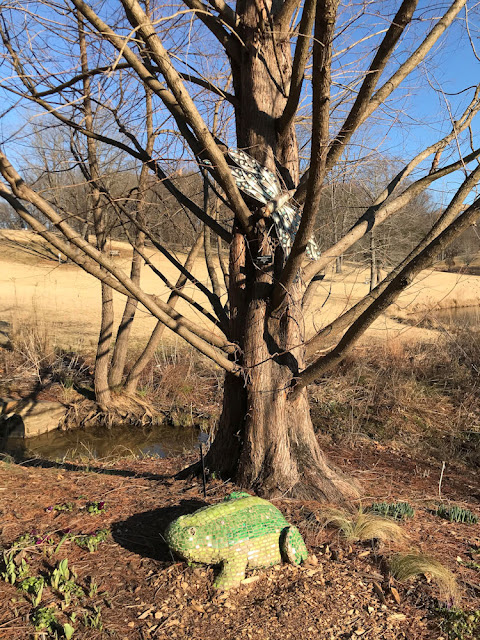 The flower below I think of as a pansy, but it is also called Johnny jump up, a species of Violets.  It is also called Wild pansy, Heartsease, Love-in-idleness, Tickle-my fancy and another fun one, Three faces in a hood.  It symbolizes meditation, happiness and please miss me.  The name Johnny jump up applies to any kind of pansy.  Its origin is no longer traceable but it is the national flower of Iceland and Poland. 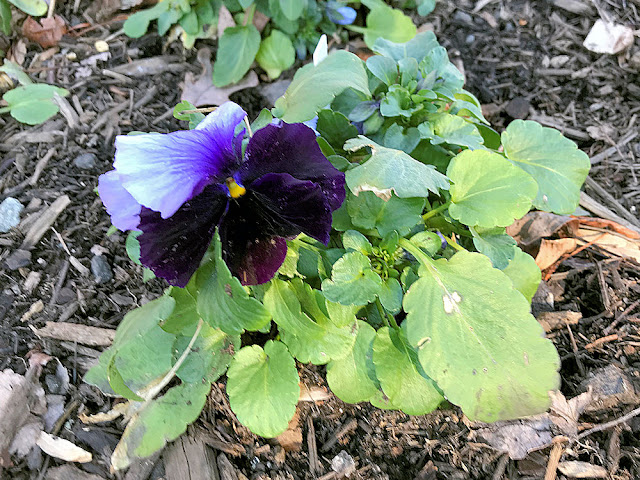 These are the buds of the Dog rose, also known as Common briar, Briar rose, Dogberry, Witches briar or Rose hip. Its fruit is high in Vitamin C, and is used to make syrup, tea and marmalade.  People once believed that the plant could cure dog bites, hence its name, Dog rose. 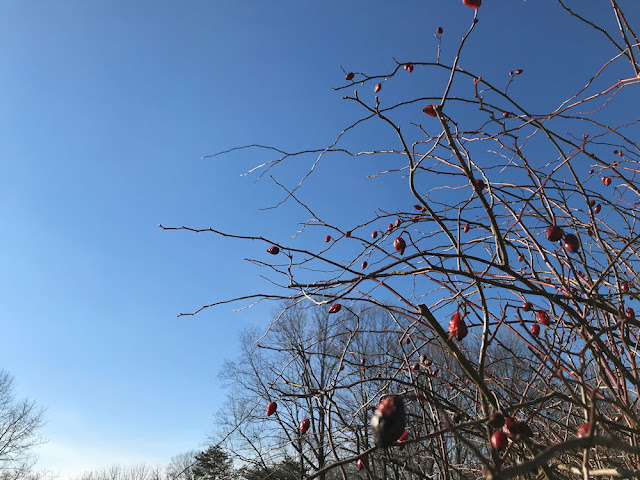 The Christmas rose is a species of Hellebores.  Also called Black hellebore and Melampode.  It is associated with Christianity and the birth of Christ.  An old legend states that it sprouted in the snow from the tears of a young girl who had no gift to give the Christ child in Bethlehem.  It is a decorative plant and the entire plant from flower to root is toxic and inedible.  Its roots are the most dangerous part and are potentially fatal if consumed in large quantities.  Perhaps the early explorers found this out the hard way, perish the thought. 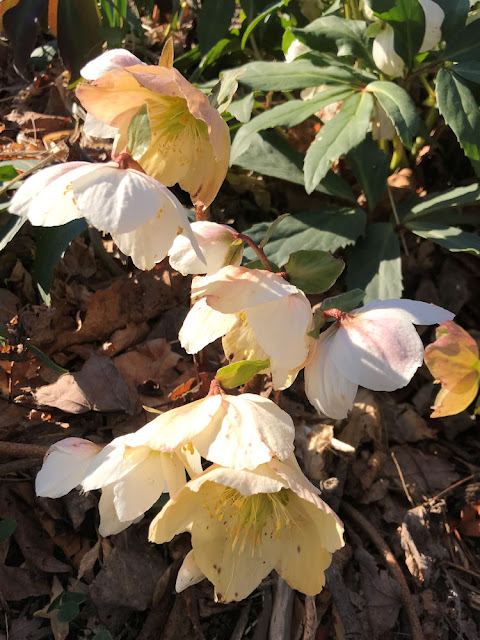 This is one of my favorite places to sit.  There is a bench overlooking one of the small lakes.  Not many people at the garden on this day, the bench was waiting for me. 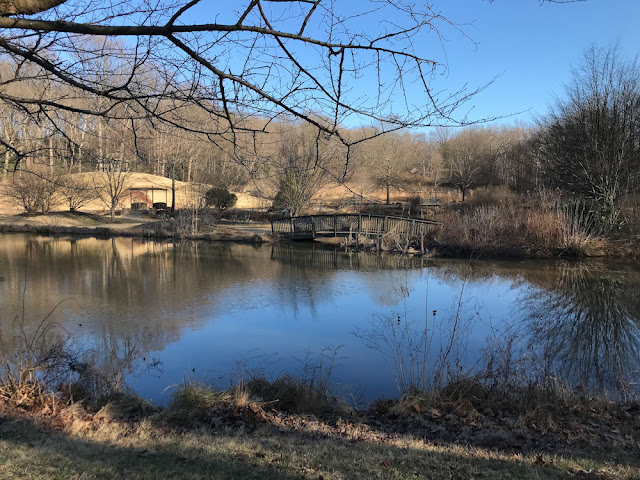 Quite a lot of information for the Common snowdrop, also called Snowdrop or Snow flower.  It symbolizes hope and blooms from January to March, depending on the regions and the weather.  There are 20 wild species and 2,000 cultivated varieties, with slight mutations.  The common snowdrop, which we normally see with one flower per stem, is a Galanthus nivalis, which translates as 'milk flower of the snow.'  Snowdrops were named after earrings not drops of snow.  In the 15th, 16th and 17th centuries, women often wore dangly, white drop-shaped earrings known as 'eardrops.'  Some other common names of snowdrops are, Fair Maids of February, Candlemas Bells, White Ladies, Little Sister of the Snows, Snow Piercers, Dingle-dangle, Flower of Hope and Death's Flower.  They contain a natural anti-freeze.  Even if they collapse in winter they recover when the temperature rises.  Snowdrops and their bulbs are poisonous to humans.  Some people have mistaken their bulbs for onions or shallots, but they would have to eat a lot of them to be fatal.  Snowdrops are used in medicine.  Galamantine extracted from snow drops is now used in a treatment to slow down dementia in Alzheimer's disease.  During World War 2 the US Military Police were given the nickname 'snowdrops' by British civilians.  This was because their olive green uniforms with white cap and helmet and white gloves made them resemble snowdrops.  I didn't think I was going to find any information about this pretty little flower, then I started searching online and found a wealth of it, but I will stop here for now. 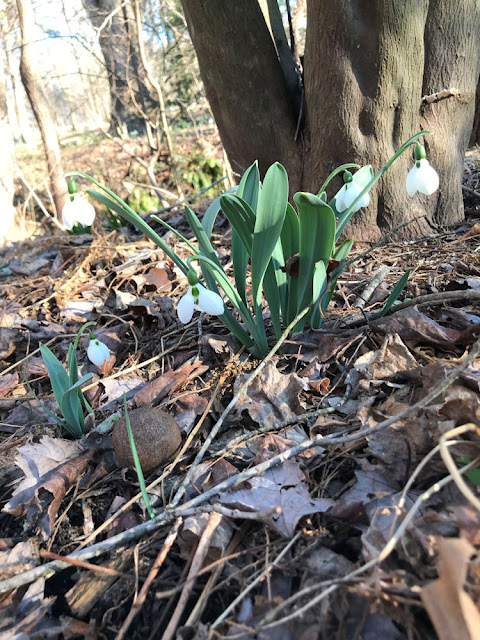 I have been enjoying these Weeping willows for years.  They are also known as Babylon weeping willow, Chinese weeping willow, Mourning willow and Babylon willow.  It can grow fully in as little as 15 years and live as long as 75 years.  They like to grow near ponds, streams and lakes.  You should plant them at least 15 feet away from your home.  They have grown for thousands of years, and its biggest feature is its drooping branches.  Hence it is called a weeping willow.  Its symbolism is love, divination and protection. 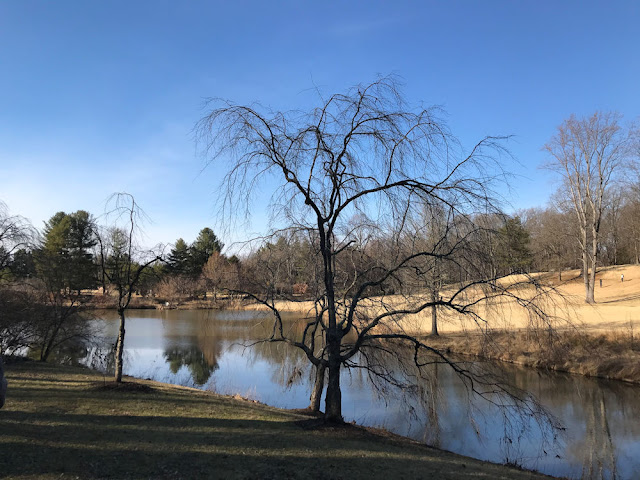 Winter aconite, also called Choirboys, Winterling or Winter akonite, and is a native of Europe.  It is an herbaceous perennial plant, blooms in winter and spring and is in the buttercup family.  The plant's official name, Eranthis hyemalis comes from the Greek er, meaning 'spring' and anthos meaning for flower combined with the Latin hyemalis, meaning 'winter-flowering'.  The common name winter aconite alludes to the leaf shape, a characteristic by which plants were classified in the 16th century.  Quite toxic apparently. 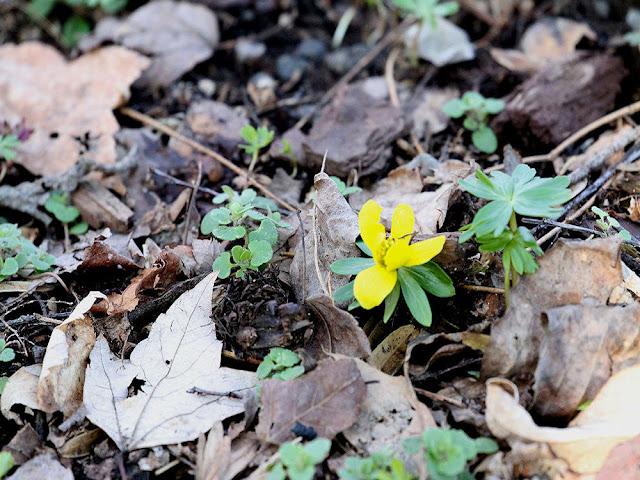 I have always loved these.  They are from the Black alder, also known as European alder, Alder, Sticky alder and Common alder.  It can live up to 100 years and blooms in spring for approximately four weeks.  You can find them near waterways and boggy places on the East Coast to the Midwest.  It prefers moist soil.  Black alder trees are used for fixing soil erosion and nitrogen problems.  It symbolizes strength, release, determination, confidence and royalty. 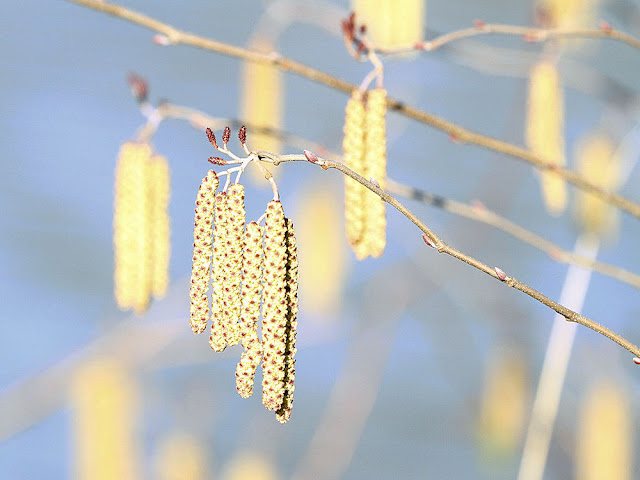 I was happy to see the ducks.  There were only these two.  Once in 2008, a band on the leg of a duck revealed that it had been tagged by biologists in 1981, making it at least 27 years old and the oldest known mallard on record.  A lucky duck as the average lifespan is just 3 to 5 years in the wild, and about a decade in captivity. 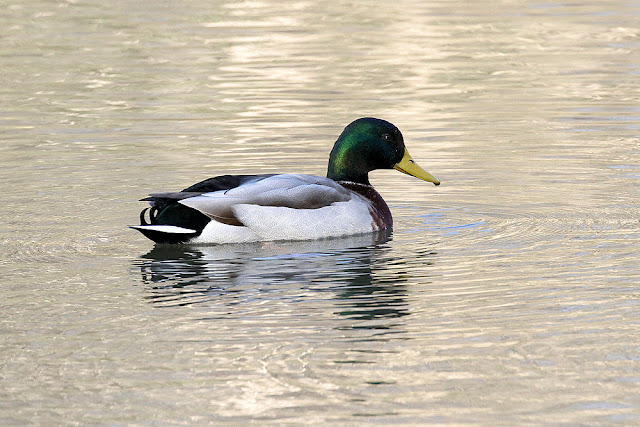 It is always a great pleasure to see them.  A little investigation on line also revealed that migrating mallards have been clocked flying at 55 miles per hour, slightly faster than the average waterfowl.  While they usually cruise at an altitude of less than 10,000 feet, they can get much higher.  In 1962 a mallard was struck by a commercial airline at 21,000 feet, a record altitude for a bird-aircraft collision at this time.  Goodness, hardly seems possible but leaving our ducks on a happier note, have you heard of the Peabody Ducks?  There is a family of ducks who regularly parade through this famous hotel, and the story of their origin can be read at this link. 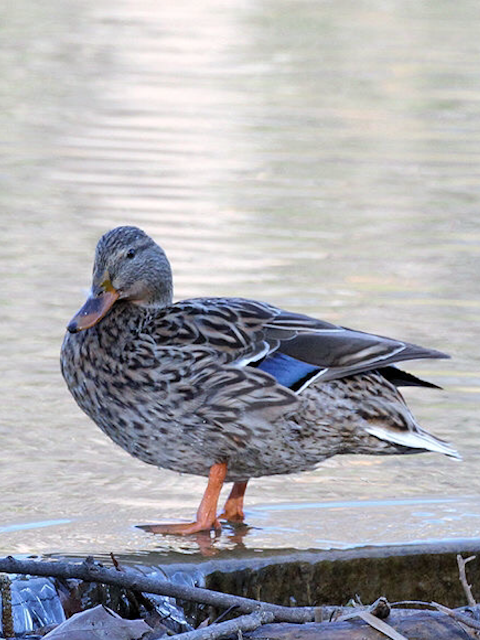 Hopefully we will be going back to the garden soon.  I miss walking around.
Thanks for looking and enjoy
the rest of your week.