Just a note to let you know that I wrote this post several years ago, and any information on the animals, statistic and so on, may be out of date now. 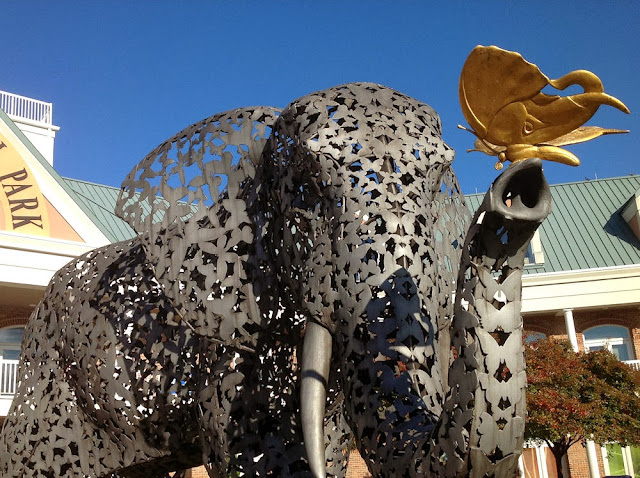 There are two wonderful sculptures that I like at the zoo.  One is at the entrance.  It is an African elephant created by Matthew Gray Palmer of Friday Harbor, Washington.  He calls it "All Things Within All Things".  Not only does it hold a golden butterfly on the tip of its trunk, if you look closer you will see the elephant is made up of thousands of aluminum butterflies (10,000 to be exact), and if you look at that golden butterfly more closely, you will see that the wings are the side view of  an elephant.  You can see more photos here. 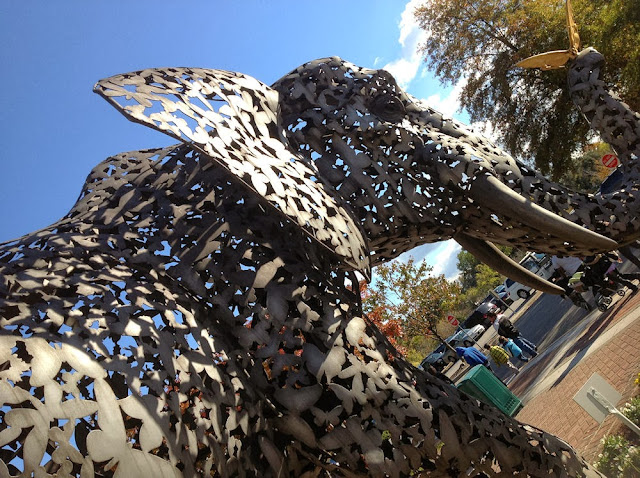 Here is my other favorite.  A tiger standing in the front of the Trail of the Tiger exhibit.  The tiger sculpture was erected in honor of the two beloved Siberian Tigers Shere Khan and Shaka Khan. 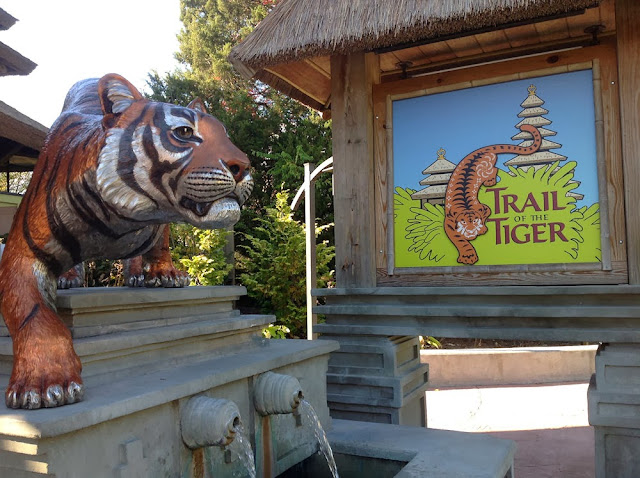 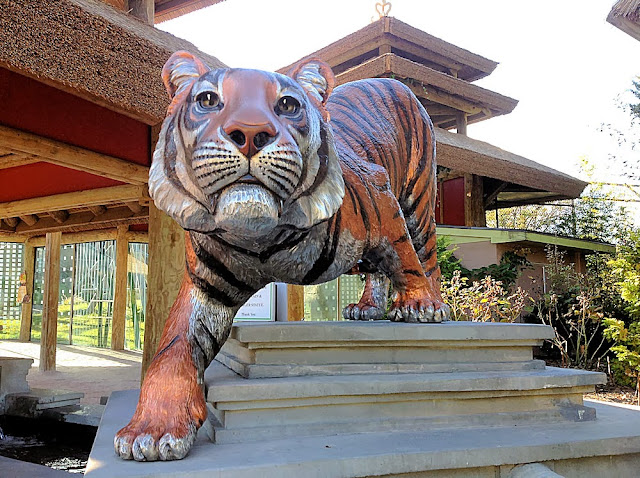 Below are photos I took of one of the two Malayan tigers.  The exhibit now houses Kadar and Tahan.  It was fun to see them so clearly.  According to what I read, "Malayan tigers are endangered and recent counts showed there may be as few as 600 in the wild. 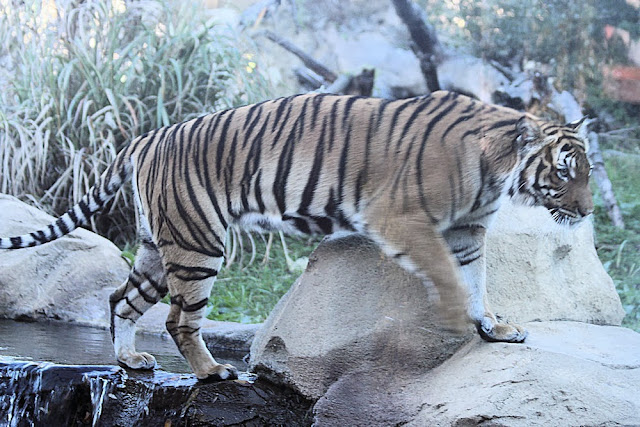 It is perhaps the smallest subspecies of tiger, with an average weight of nearly 300 pounds for adult males, and just over 200 pounds for females.  They are found in the tropical forests of the southern and central Malay Peninsula." 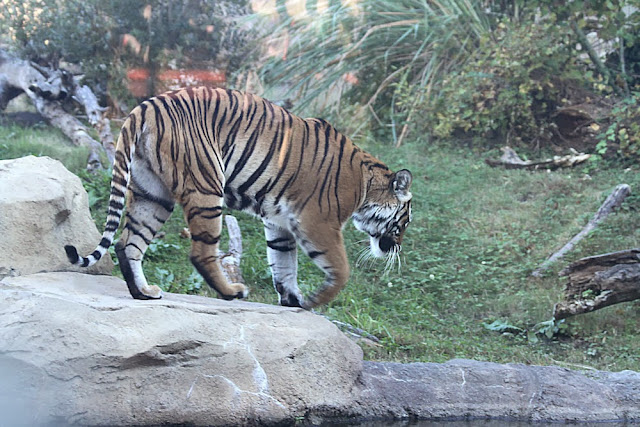 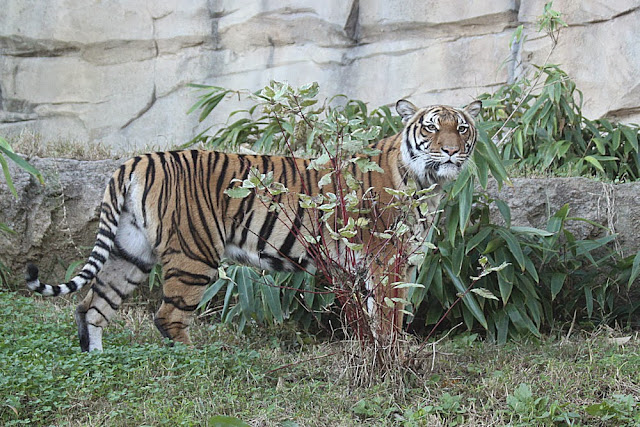 We were also very lucky to get some decent shots of the African Lions.  I read the following on the website's information page.  The male lion weighs 364 pounds and its mate weighs 344 pounds.    African lions are found throughout the south Sahara desert and in parts of southern and eastern Africa. 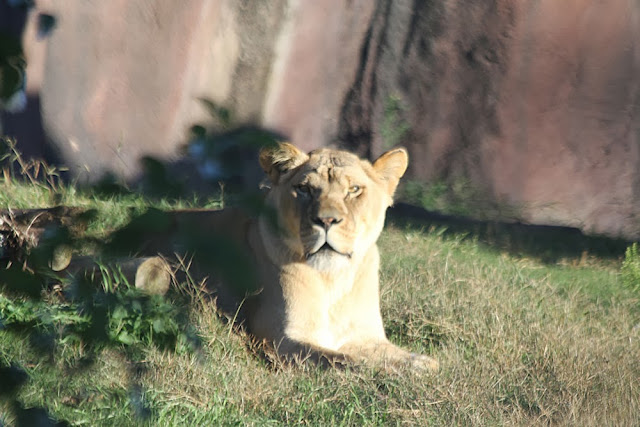 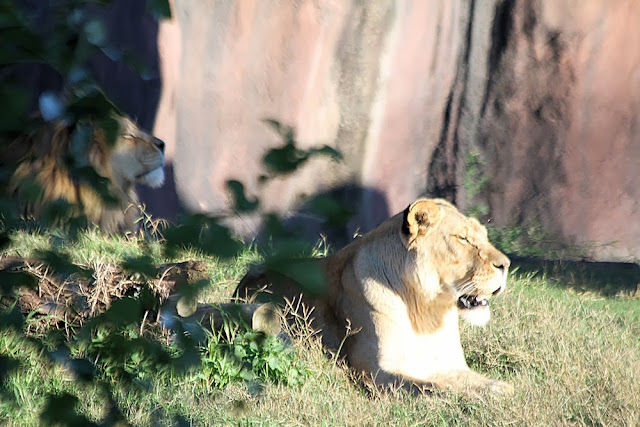 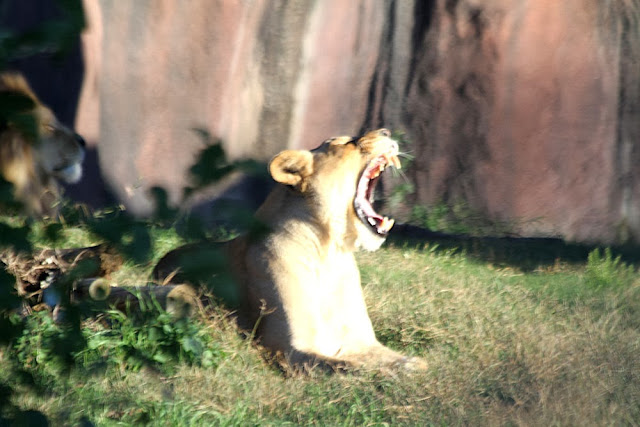 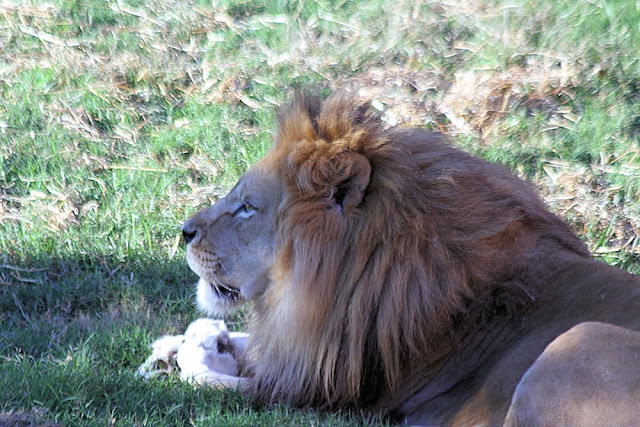 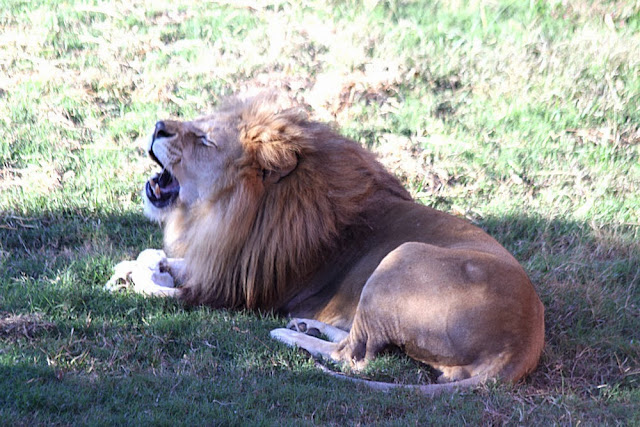 When we first arrived we heard the male lion roaring.  He was very vocal and you felt that roar reverberate right through your body! 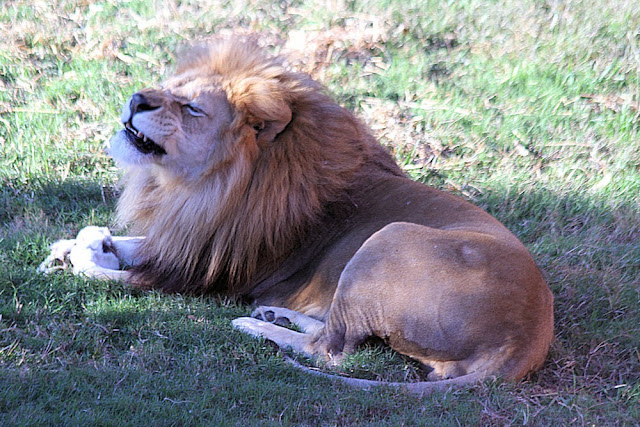 He almost looks like he is smiling in this one doesn't he? 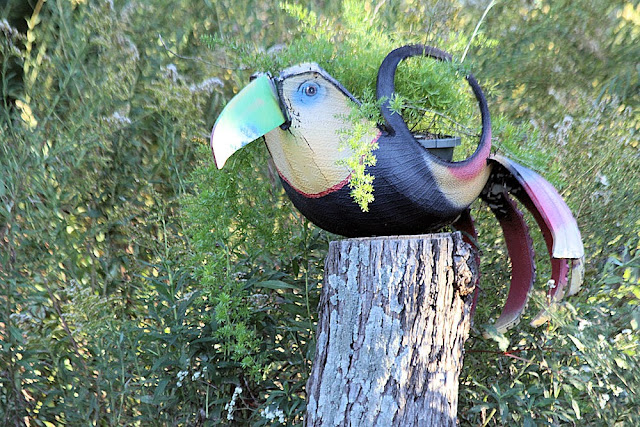 One last shot, nothing to do with the rest, but it caught my eye.  A toucan made from an old tire.
And that's it for our trip to the National Zoo, a very nice memory with the hope that we will revisit one day.
Thanks for stopping by and enjoy the rest of your week.