SO WHAT DID WE DO TODAY? 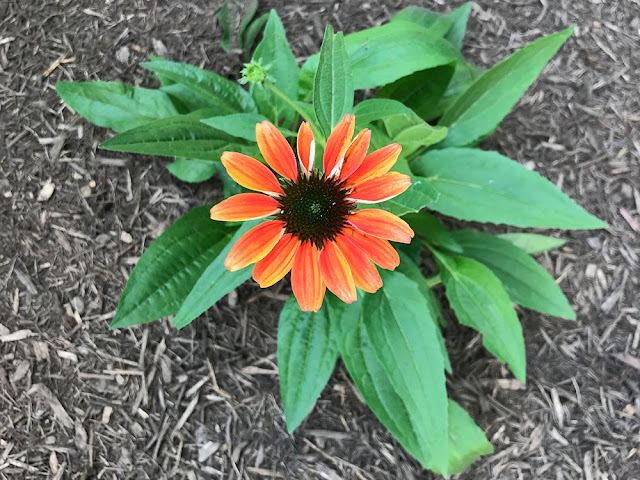 We have had some yard work done and are enjoying it all neat and tidy. We were rescued after a terrible time with poison ivy that was totally out of control, but it is finally being handled.  In the photo above is a coneflower that came back this year, brave little thing.  One of us pulled it out when they were weeding, not realizing it was a newly planted coneflower. It was tiny when I bought the pot and there wasn't anything to identify it as being anything other than a weed.  The marker I stuck in the ground next to it disappeared.  After replanting it was a sad looking jumble for the rest of its blooming season.  I am happy to say I found it sprouting out of the ground a week ago.  Another weed I thought?  But no, I left it well alone, and after a few days I allowed myself a little dance of joy. I was also hoping for a bloom.  Wouldn't you know it here it is, and there is another one coming. 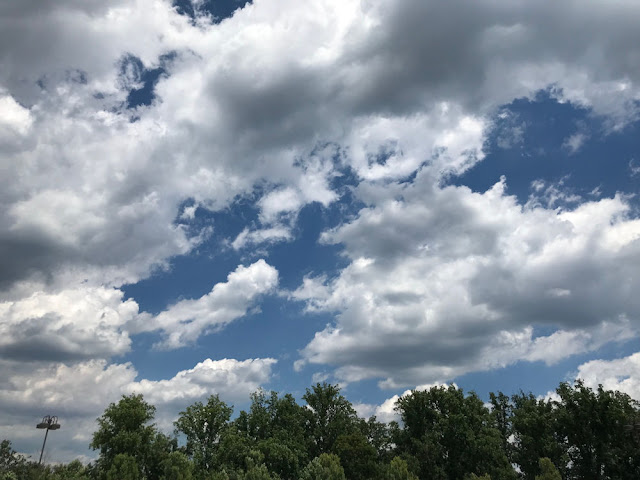 We went to the supermarket around 2.00 p.m. and the sky was very pretty, full of clouds.  The temperature was 90 degrees F. but low in humidity. 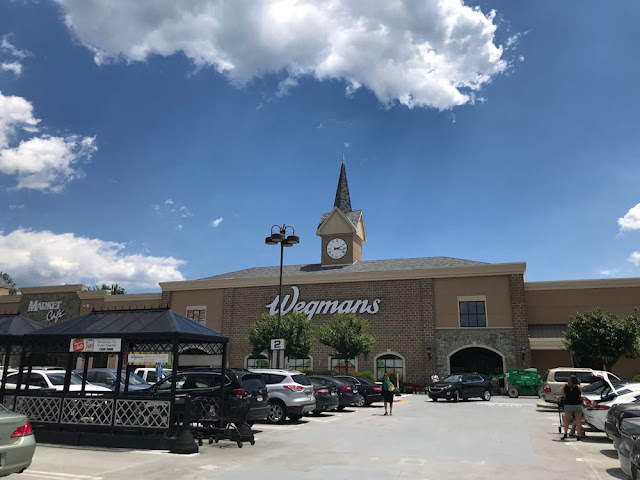 It is our favorite place to shop and we made our main grocery run for the week.  We have been coming here for several years now. 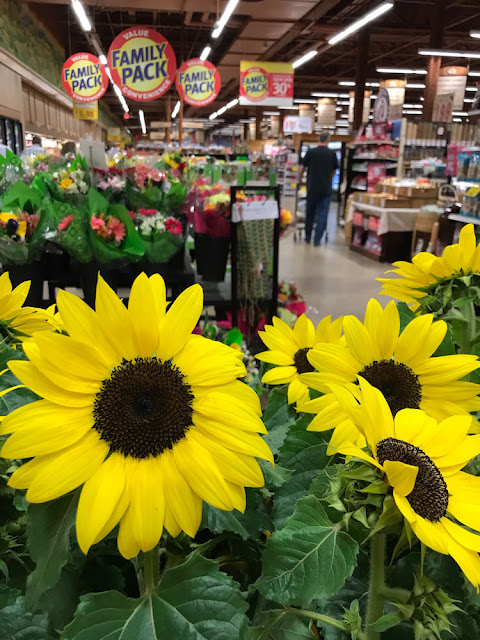 I passed by the sunflowers but kept my hands away from my purse. Aren't they gorgeous? I managed to get Gregg in frame before he disappeared around the corner.  (The Peruvian Lilies are still hanging in there on the kitchen table.  I have been babying them with fresh water every four days, trimming the ends as recommended, and feeding them with the food packet which came with the flowers.) 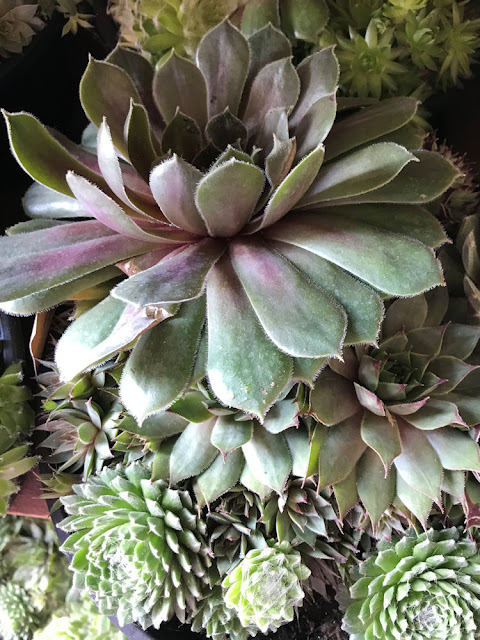 The succulents were being sold outside.  The ID on them said they were called Hens and Chicks and are members of the Sempervivum group of succulent plants.  They are commonly called houseleeks and grow well indoors and out, in cool or hot temperatures.  Hens and chick plants are so called because of the rosette shape and habit of the plant producing numerous babies. 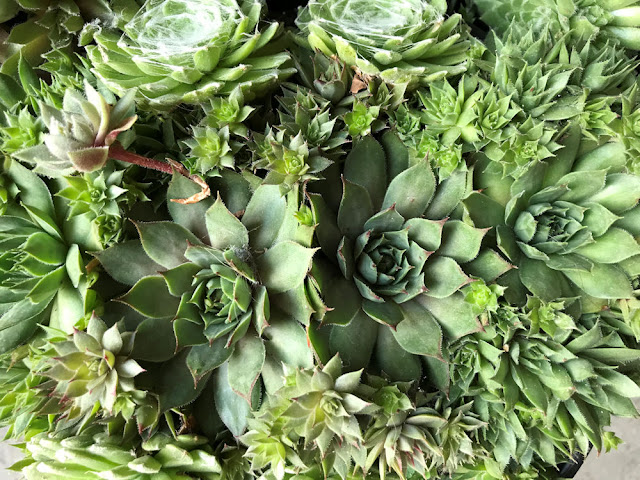 Not too far from the Hens and Chicks there were Zinnias on sale.  I took a double take at this one. 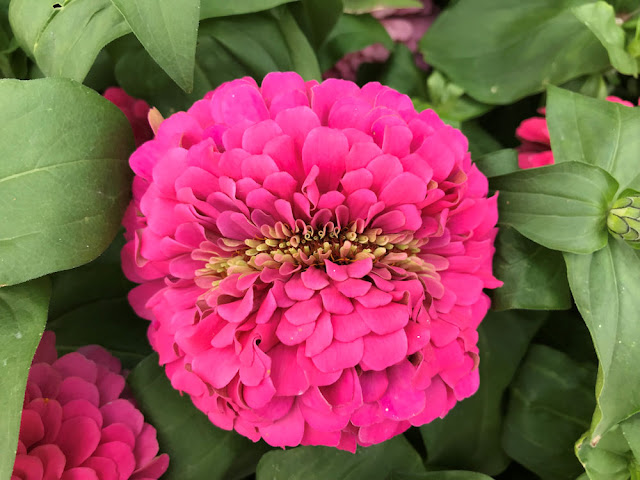 When I looked closely I saw that the petals hadn't opened up completely and caused this strange look. 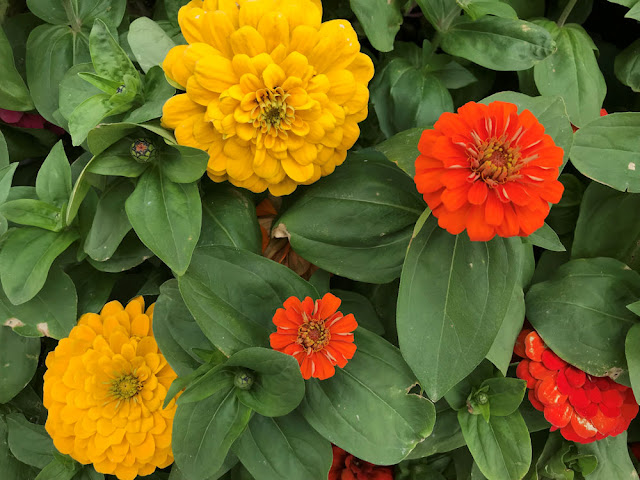 I am trying something new today, for me its new.  I bought a packet of Halloumi.  It is an unripened brined cheese that is meant to be grilled, according to what I read here.  A lot of recipes I have browsed through lately have had it in their ingredients.  Curiosity has been peaked.  There are recipes and tips on how to cook Halloumi at this link. 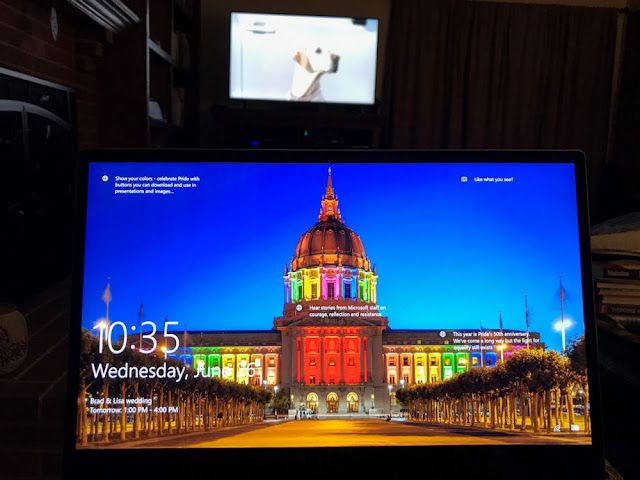 The day went by quickly.  When we got home it was time for dinner.  By the time we cleared away the dishes, it was time to do a little relaxing.  I turned on my laptop, Gregg turned on his iPad.  This was my screensaver that greeted me.  I have a different one sent to me every few days, scenes from here and all around the world.  This scene was in San Francisco.

Lastly but by no means least, it is our son and daughter's wedding anniversary today.
Happy Anniversary My Sweet Babes.

A quiet day but a fun one.  I hope yours was too, and that the rest of the week will be equally so. Thanks for listening to my rambles.