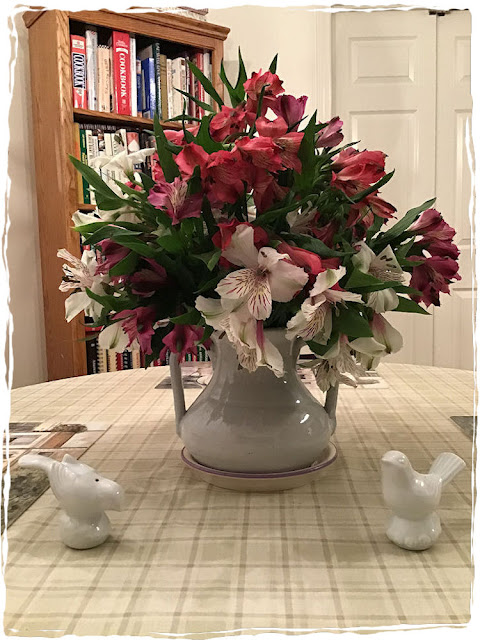 When I was at the supermarket I picked up a bouquet of flowers.  I don't buy them all the time, though I'm always looking.  I saw these Peruvian Lilies for sale and usually I am drawn to the pinks, but those deep reds, I loved them.  There were a few contrasting lighter pinks that really set them off. 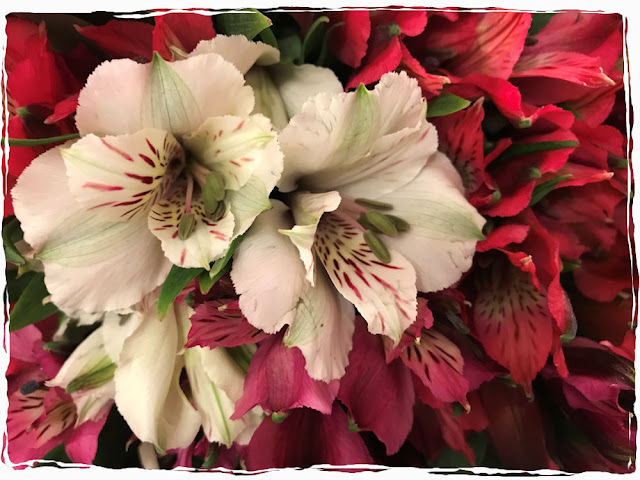 So, they were in the basket and on their way home.  I placed them in a small vase on the kitchen table.  I bought the vase back in April when we visited Oatlands Plantation, and I found it in their gift shop.  You can see that post here.  I had intended to share a photo of it filled with pretty flowers sometime, and sometime is today's post. 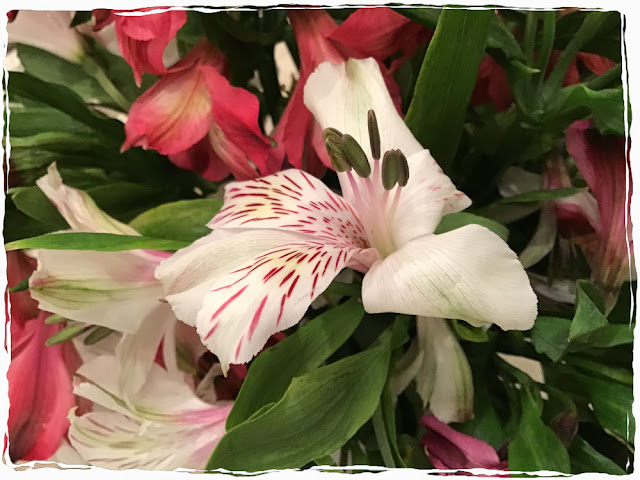 The Peruvian Lily (Alstroemeria) comes in several shades.  The first one I ever saw was the prettiest pink, in another bouquet long ago.  It is also often called the Lily of the Incas.  According to a tidbit of information I found online, it was named after its discoverer, Baron Claus von Alstromer, a Swedish baron who collected the seeds on a trip to South America.  He introduced the flower to Europe in the late 18th Century 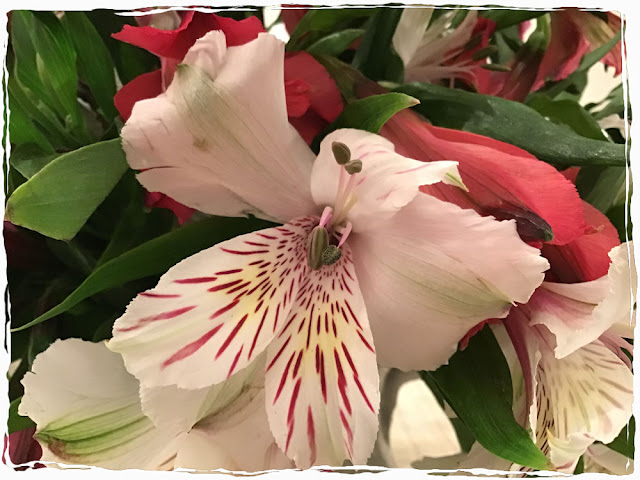 At this site you can read how to take care of them. 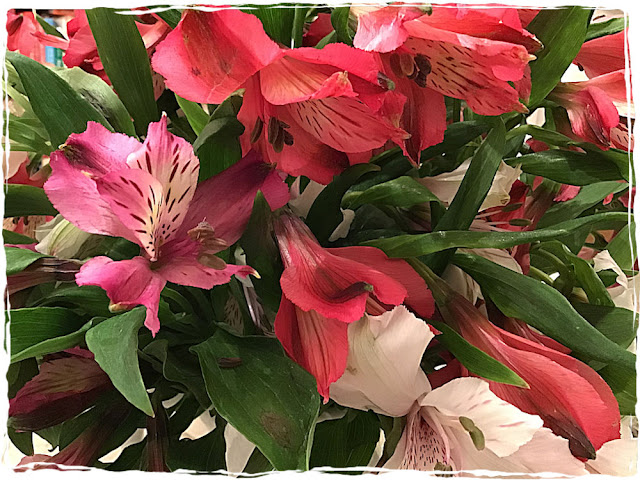 If you are interested in the language of flowers, it symbolizes friendship and devotion.  A perfect gift to give a friend on their birthday, or on another special occasion, or if you're at the store and you want to buy some flowers for your kitchen table.  They certainly bring a smile. 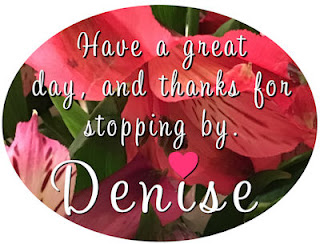