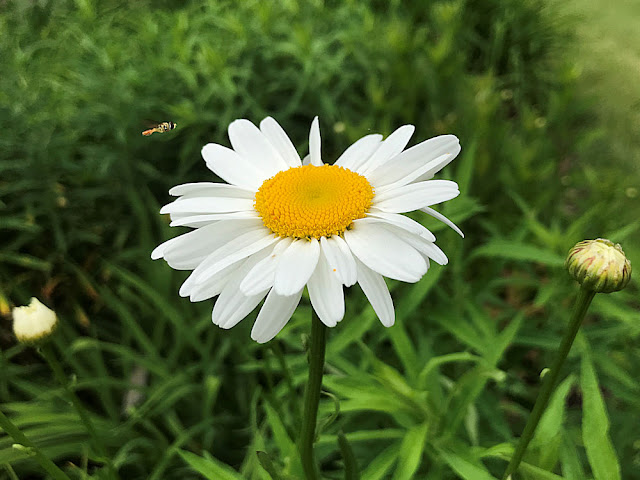 Shasta Daisy - Chrysanthemum maximum (Asteraceae)  Described as 'a 3-4' hybrid perennial that gardeners are often introduced to early in their gardening lives'.  More information at this link.  I took another photo with this interesting bug, and found that it was a Banded Longhorn Beetle - Typocerus velutinus, and you can read about it here. 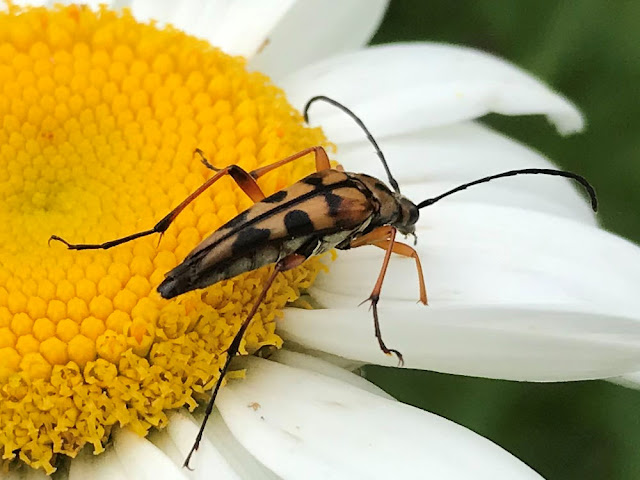 "Love the world as your own self; then you can truly care for all things."
~Lao Tzu~ 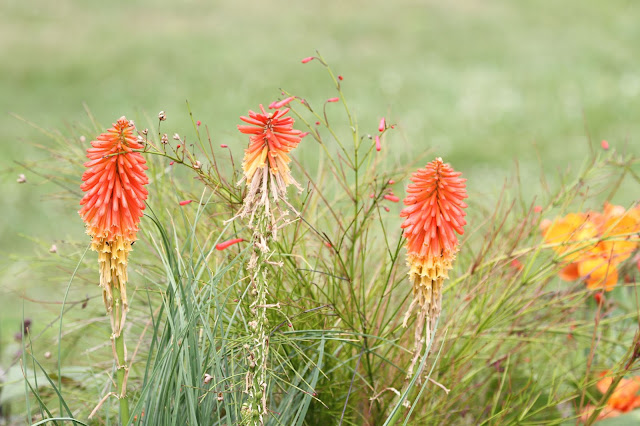 These pretty orange flowers are Red Hot Poker Torch Lily (Kniphofia uvaria).  It is in the Liliaceae family and is a South African native plant with over 70 species.  I read that it is a relatively easy plant for new gardeners.   I found this information at Gardening Know How.  You can find their website at this link. 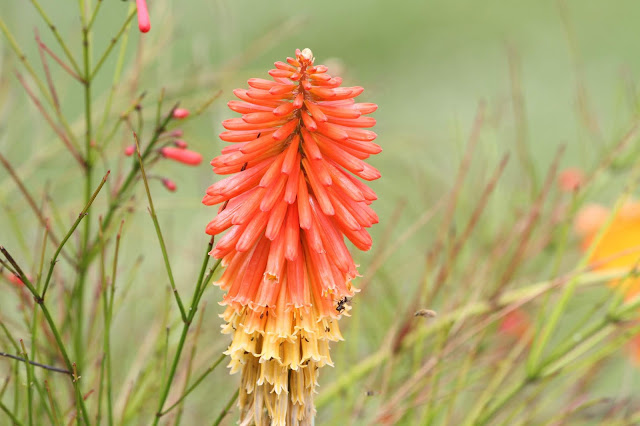 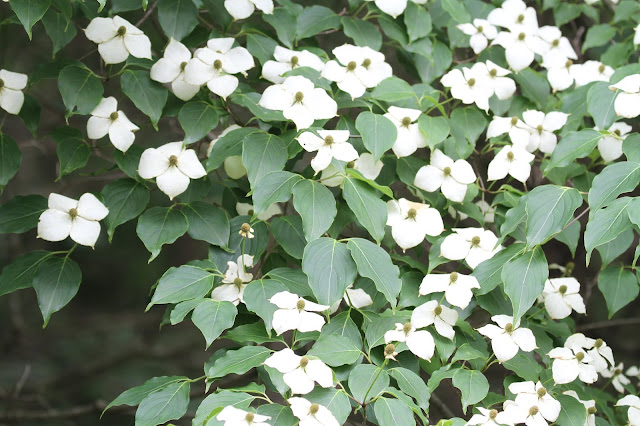 It is also recognized by landscapers and arborists as the Japanese Flowering Dogwood.  It is a very disease-resistant tree.  More information can be found here. 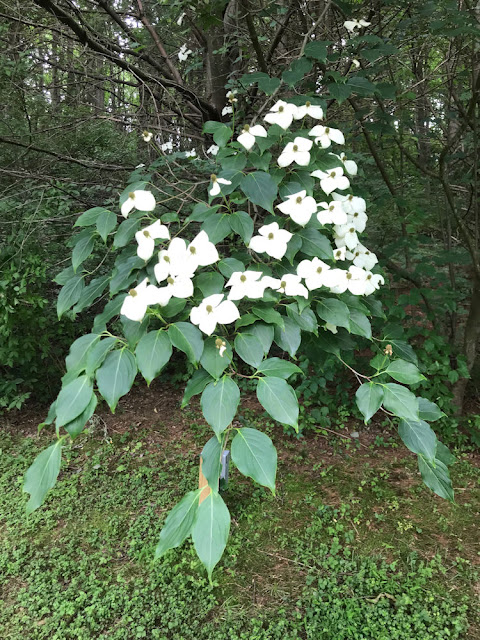 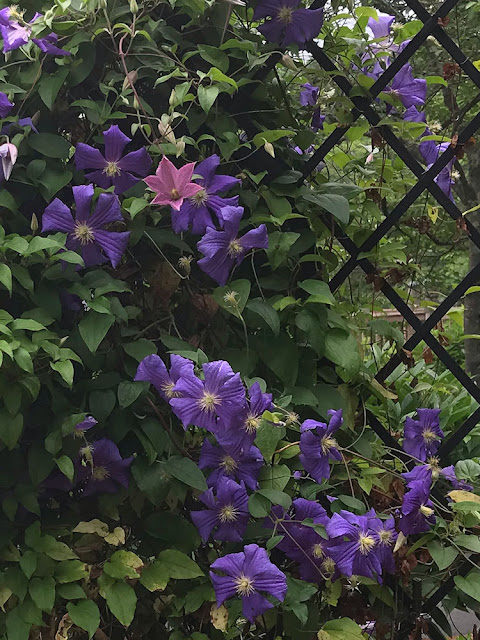 This perennial plant is a woody vine up to 20' long.  Its stems can trail around fences and garden ornamental framework.   More information found here. 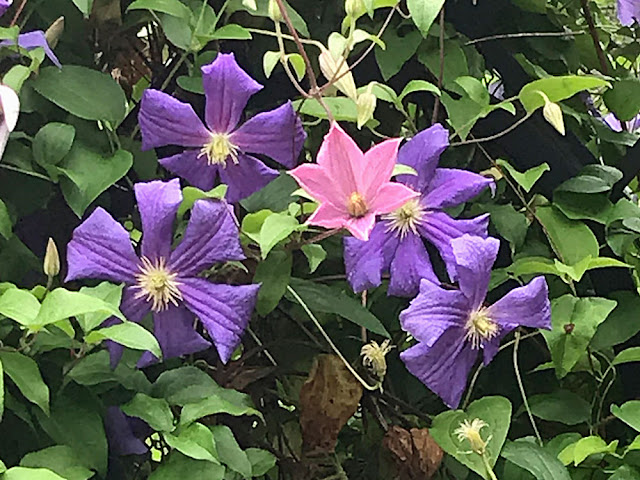 Coneflower, is also known as Echinacea paradoxa.  According to this website, it has been cultivated as a hardy, showy perennial since the 1700s, both here in the United States and in Europe.   It was used by the early native American to cure wounds and infections. 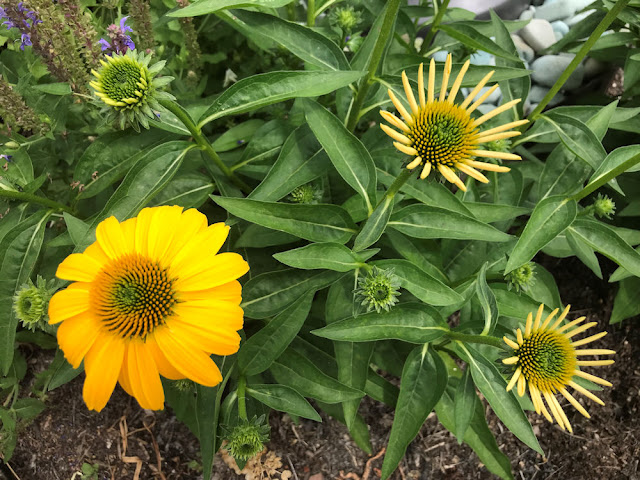 The Hydrangea is one of my favorites. 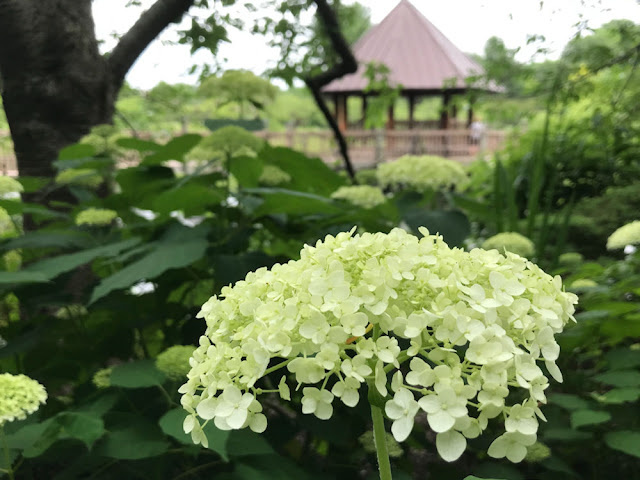 I am not sure what kind of hydrangea this is, maybe a Chinese Snowball Hydrangea.  I found a website here. 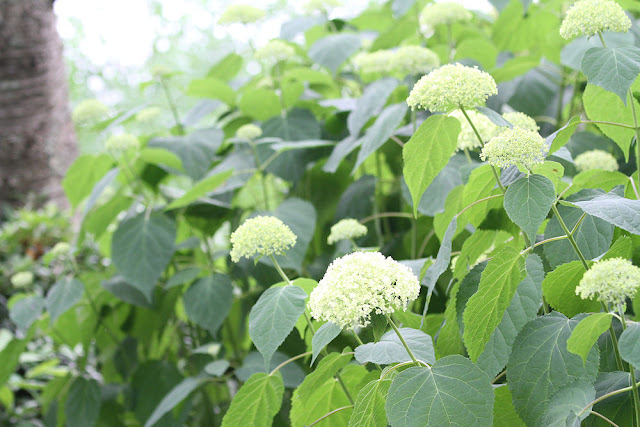 Thanks to our trip to Charlottesville a couple of weeks ago, I can now name the Oak Leaf Hydrangea, which I had seen before but never identified the species.   This is most definitely not it.  There are only six species of Hydrangea grown in American gardens according to one website, and the list they gave was Bigleaf (Hydrangea macrophylla), Panicle (Hydrangea paniculate), Smooth ('Annabelle' - Hydrangea arborescens) and Climbing (Hydrangea quercifol). 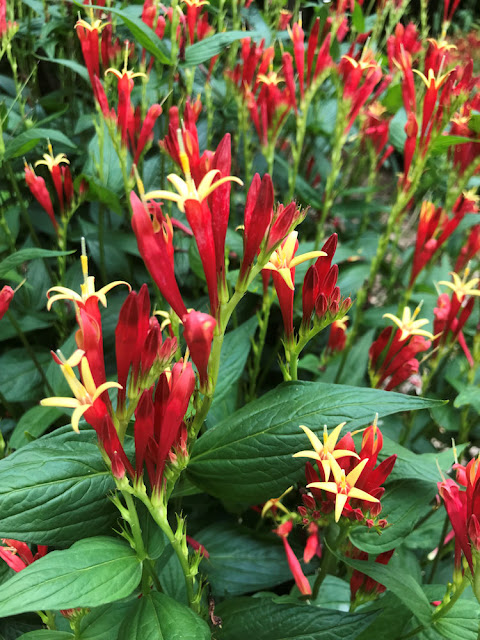 I have seen these unusual blooms growing at the garden since our first visit.  It is called Indian Pink and belongs to the tropical Logania family (Loganaceae).  A native wildflower growing in rich, moist woods and also wooded stream banks in the greater southeastern United States.  An herbaceous perennial, it reaches a height of 12 to 18 inches.  Indian Pink flowers in late spring during May and early June.  I found my information and more at their website. 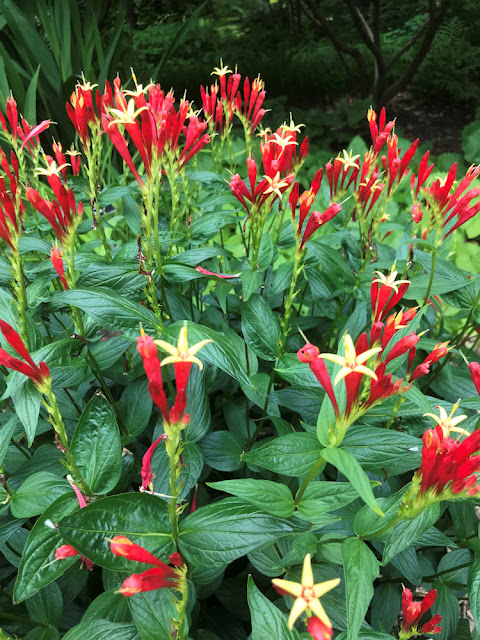 The following flowers many will recognize as a Purple Iris. 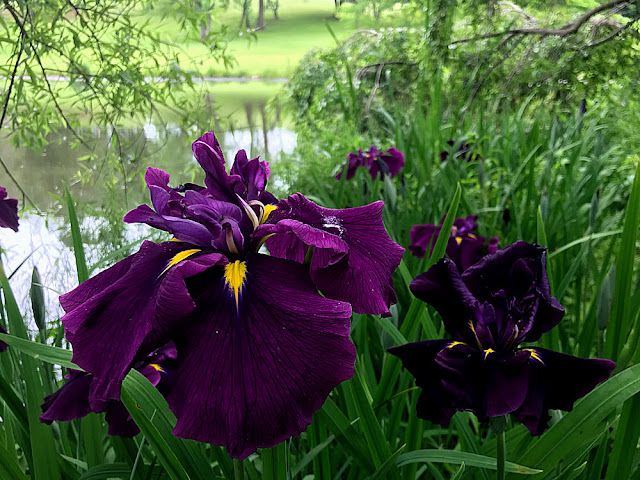 We were near the water's edge on one of the small lakes.  You can learn how to grow them here, and an enjoyable read for me was on this page.  When I was young and not so much now, I loved reading Greek Mythology. This article brought back a lot of memories of reading a book with such stories late at night, long past bedtime.  Tucked tightly under the bed covers so that no light would filter out to give me away,  I had a torch (flashlight) in one hand and a book in the other.  (More times than not I was caught out and told to go to sleep!) 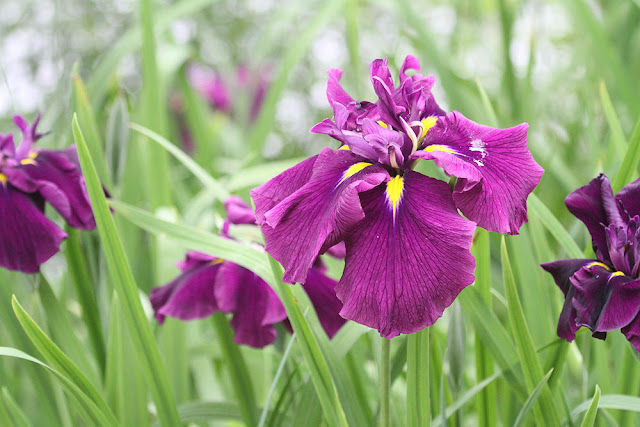 The article said that we owe the naming of this flower to the Greeks, and their gods.  One such god, or in this case goddess, was called Iris.  She lived on Mount Olympus with other deities, and was the special messenger of Hera, their queen goddess.  When Iris carried special messages from Olympus to Earth, she used the rainbows as her pathway.

And on that note I will end today’s post.  Plenty more to come from our walk around the garden later.  I always enjoy the flowers, definitely soothing to the soul. Thank you for looking and have a great day. 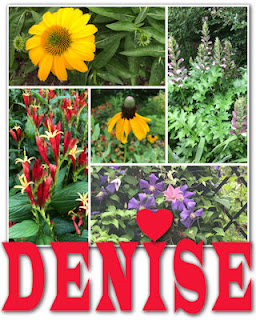