(Thank you for visiting and for all the comments you leave, always very much appreciated.  I am late reading and publishing comments this week, and I might also be late visiting your blogs.  I will catch up eventually.) 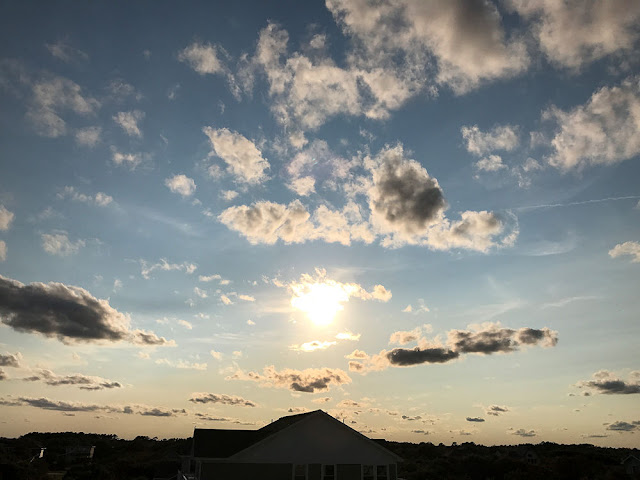 The same day as our trip to see the wild horses, that evening we were invited (the reason for our trip down here) to a celebration party by a very dear friend of the family.  It was a time to meet up with old friends, and we also had fun meeting people we had never met.  Almost 70 had been invited.  Much to my delight a few four-legged friends were there also.  The little cutie at the end of my last post was one of them.  She was hiding from the other active, similar-sized little dogs that were trying to get her attention, in a very rough-and-tumble way.  She was having none of it and tried to hide most of the time.  Such a little darling, just look at that face. 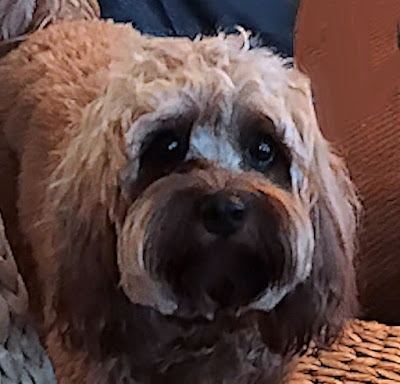 She spent a good part of the evening under the table.  I asked her if I could join her but she wasn't very willing to share her space.  She ran for cover every time I bent down to say hello. I was told by her human to feed her a tidbit but that didn't work either.  I don't blame her really.  Don't talk to strangers and beware of those who bring you gifts!  I expect she slept well that night. 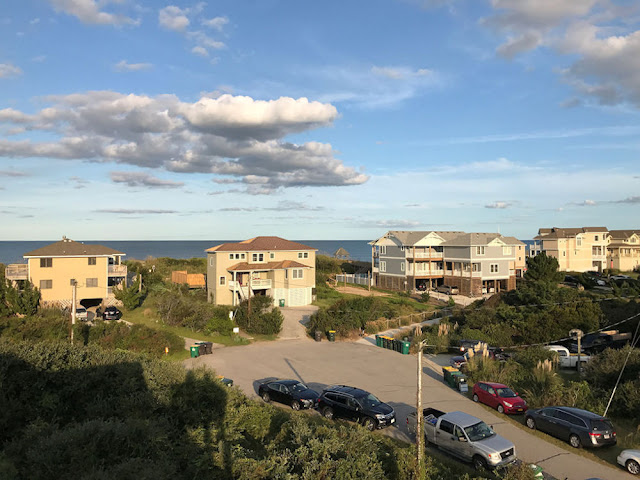 After about an hour our companions from the horse tour earlier, told us that they had just spent some time up in the crow's nest at the top of the house, that there was no one else up there at the moment.  Gregg and I took the opportunity to enjoy the views. 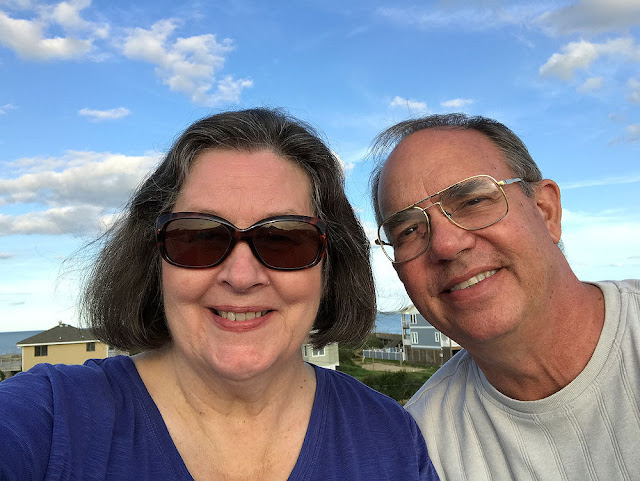 The steps were outside the door and they led up to this lovely seating area with a pretty amazing panorama.  This was another holiday rental house and I noticed many of the homes in the area had something similar.  We had become separated from Gregg's sister and her husband, and I sent them a text telling them where we were.  Not too long after they joined us, along with his brother and wife.  We sat there talking until it was time for the toasts to begin, and when those were finished and as by then it was getting late in the day, we decided to leave. 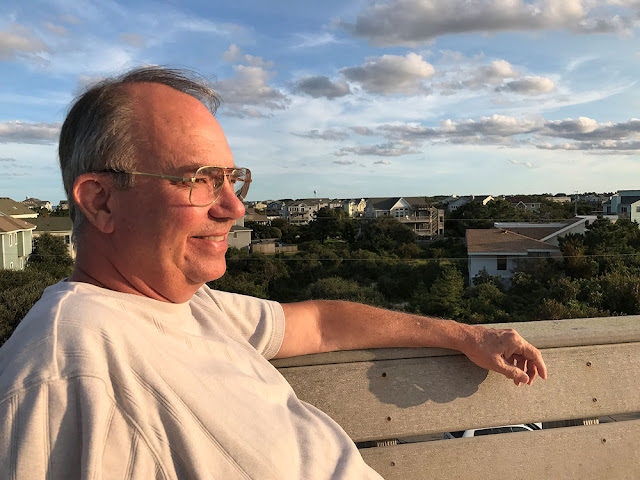 It was absolutely wonderful being part of this celebration and we enjoyed ourselves immensely.  We said our goodbyes and the six of us left at the same time, each couple bringing our own cars, probably thinking we would all leave at different times. 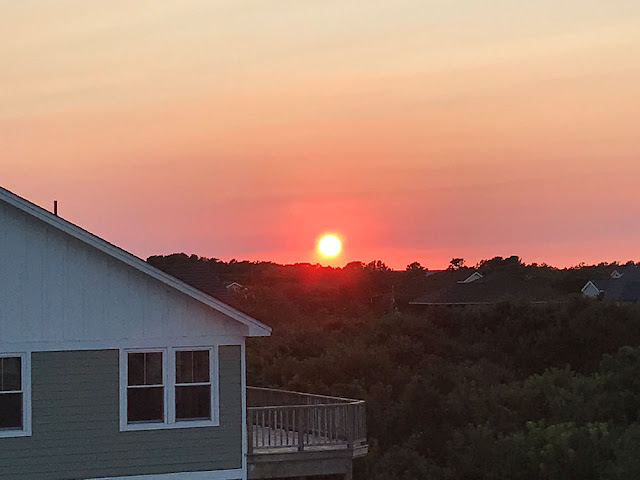 Like the sweet little pooch no doubt, we slept well again that night.

Posted by DeniseinVA at 8:51 PM