These are photos I took back in the summer of 2014, when we were in Europe.  Somewhere in Norway I believe, according to my labels.  I wish I had been more precise on the location of this beautiful swan. 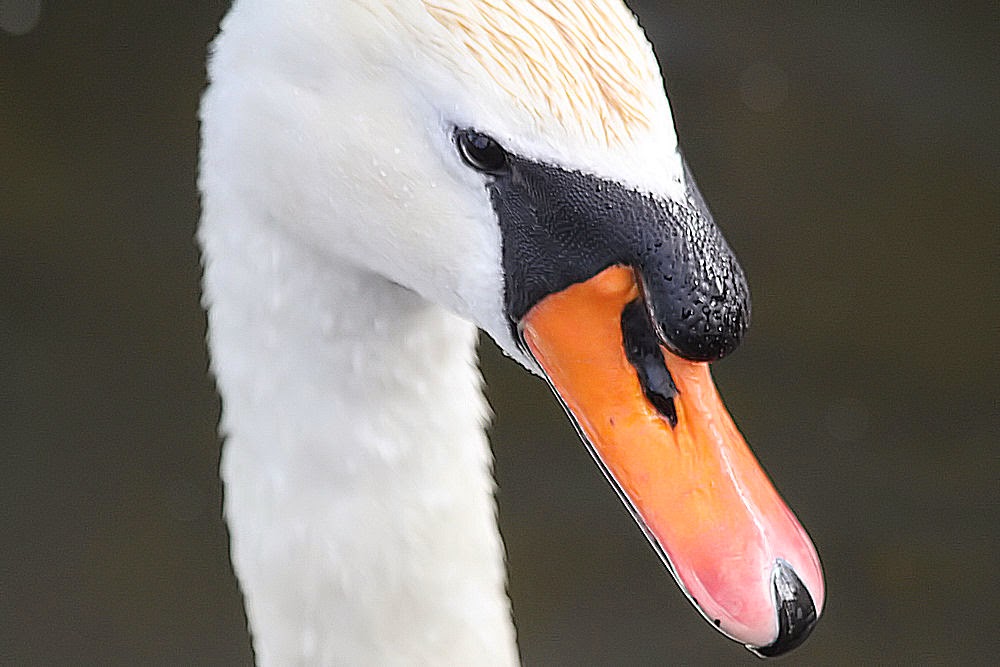 It is a Mute Swan, Cygnus olor.  They can be found in North America, Europe, Asia and Africa.  The name 'mute' derives from the Mute Swan being less vocal than other swan species.  You can hear its call if you go to this website.  This large swan has white plumage with an orange bill bordered with black.  It is recognizable by its pronounced black knob on top of its bill. 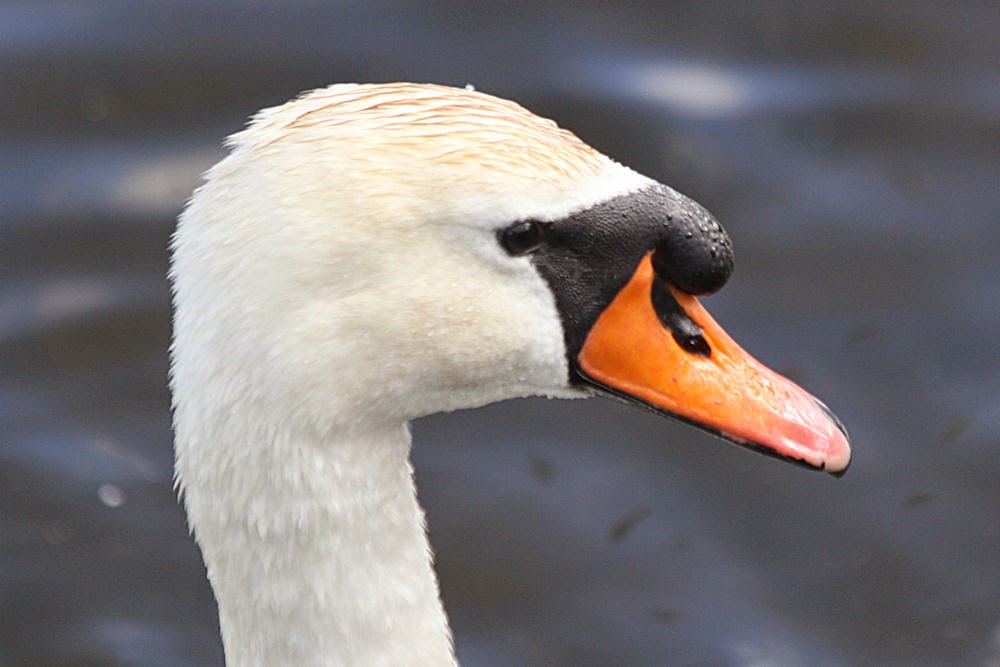 They lay an average of 5 to 12 eggs per season, and hatch after 36 to 38 days.  Both male and female take turns incubating the eggs, with the male usually standing guard. 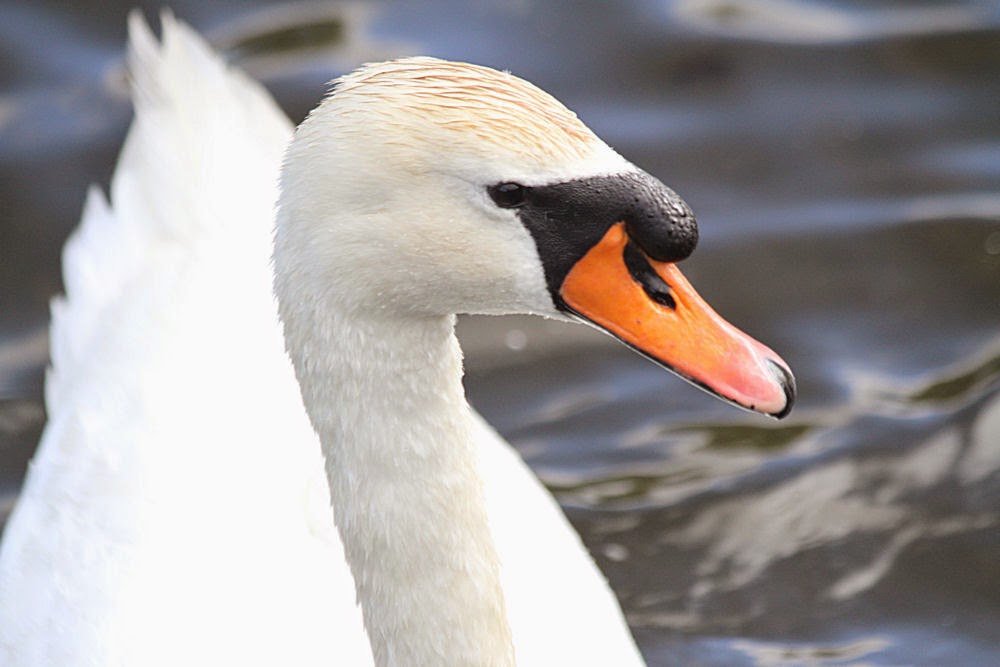 The nest is strongly defended and they have attacked other waterfowl and even people. Blows from their powerful wings can be especially painful and can be dangerous to children especially.  They can be capable of killing or maiming some of the largest predators, so take note about approaching these beauties when nesting.  They are beautiful but formidable, and dangerous when protecting their young.   This of course can apply to every kind of species across the globe. 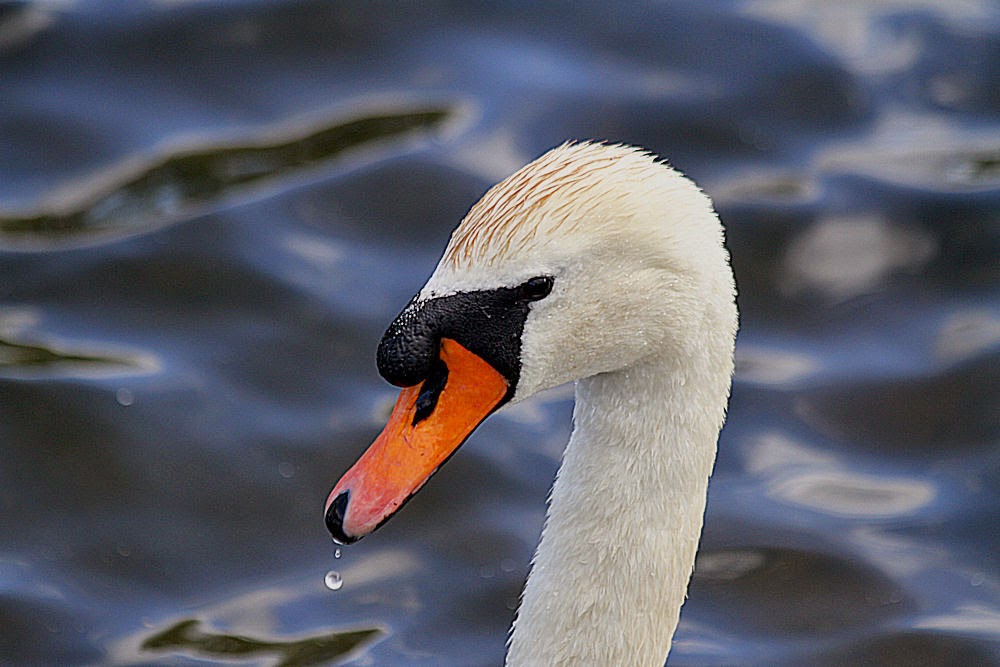 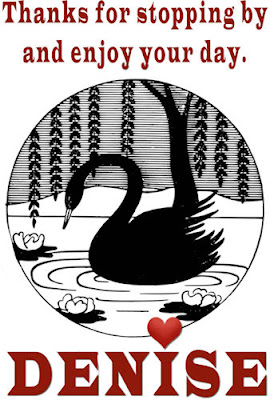