LAST PHOTOS FROM GETTYSBURG, UNTIL THE NEXT TIME WE GO THAT IS.

I am having trouble with my laptop so it has gone in to be fixed. I do have my iPad but it is very tricky to add photos to my blog, and very frustrating. (If you have any advice I would be very happy to learn something new.) Anyhow, I found a post that I never got round to publishing from earlier in the year. Have a great weekend everyone and thanks again for visiting.

These are the last few photos from Gettysburg. 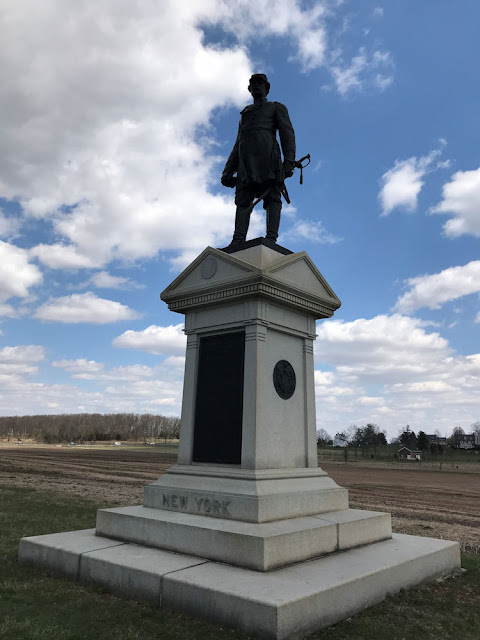 This is a statue of Abner Doubleday.  For years we had thought that he was the man who invented baseball, but this apparently wasn't so and was a myth.  However, he was a career US Army officer and Union general in the American Civil War.  As I read at Wikipedia, he fired the first shot in defense of Fort Sumter, the opening battle of the war, and had a pivotal role in the early fighting at the Battle of Gettysburg.  You can read more about him here. 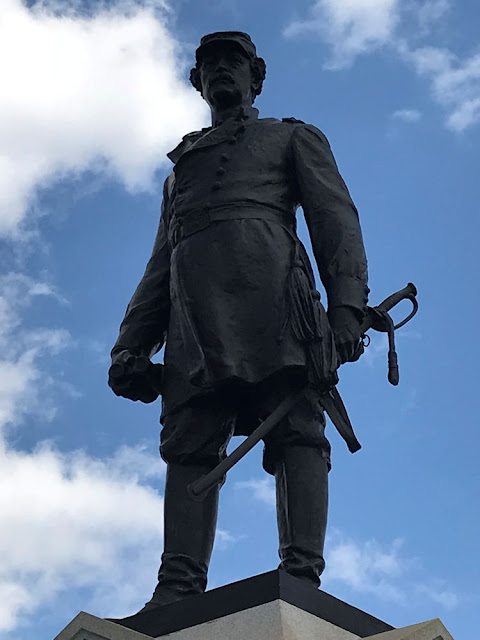 The other photos were taken quickly because of the bitter cold that day.  I didn't hang around to make any more notes.  We resolved to visit again in the warmer months.  These were taken on Sunday, April 8th, 2018. 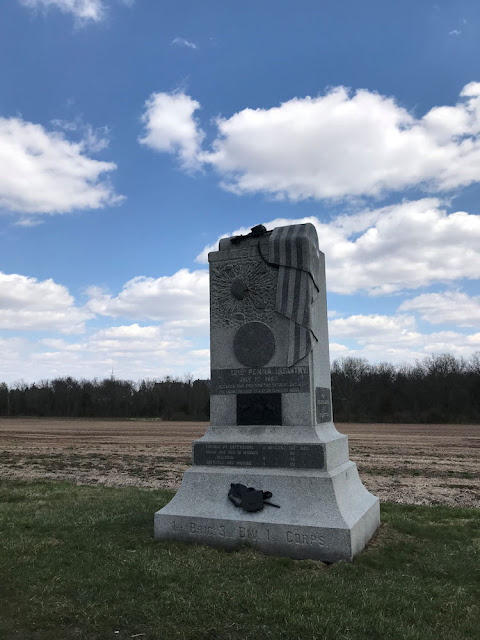 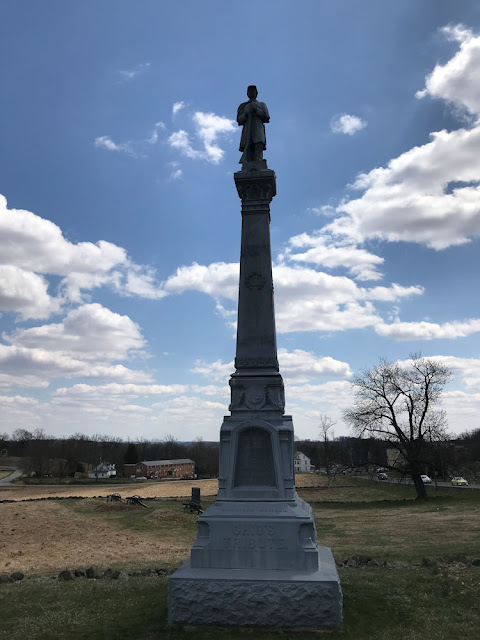 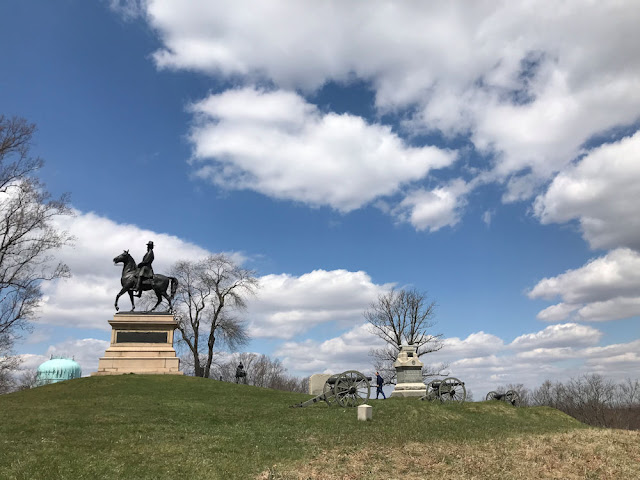 Beautiful skies but we hurried back to the car as we were slowly turning into popsicles. 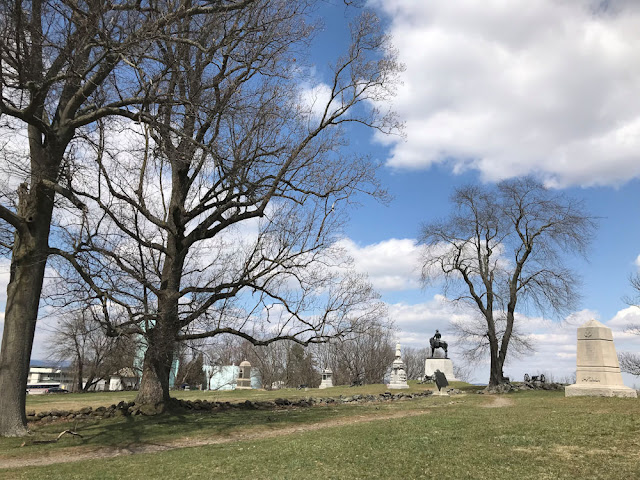